2
The big events in season 6 episode 2: My view
posted by TheHound1
What an earth shattering episode ''Home'' turned out to be - more like an episode 10 of the series instead of a two! There were various big scenes to reflect upon and here are my views on them.

1) No family sentimentality for Ramsay:
This had been coming for a long time, but I was surprised by the swiftness and brutality of it all. Ramsay didn't even hesitate in doing away with his dad once he heard the news that Lady Walda had given birth. Although I half expected it, I still found myself shuddering at Ramsay's steely and purely evil expression as he did away with his father. After that, what followed was equally shocking, if also not unexpected. I was just hoping that Ramsay would be a bit more humane about doing away with his new sibling and stepmum. It was interesting to note that Ramsay never seemed to smile or take satisfaction from any of it - he merely seemed as though he was going through the motions in his own twisted mind, I know that fans have already slated GOT over the brutality of the hounds scene on social media, but I have to wonder what they expected from Ramsay?
Overall, I thought that Iwan Rheon's acting was terrific and that his character has now taken on an extra dimension, in that he seems to have lost any control of himself.
2) Goodbye Balon...
Most of us knew that Balon would be meeting his demise at some point early in this season, though I felt slightly let down by the fact that it was Euron who sent him to his doom. Did this actually happen in the books? I know that Balon fell from the bridge in the books, but not that he had been pushed.
Looking forward to seeing more of evil little brother though.
3) Tyrion frees the dragons:
The dragon scene was tense and nicely written, though I'm unsure as to it's real relevance, or even to the relevance of Tyrion and Varys being in Mereen at all. Tyrion should be lurking somewhere in Westeros, not in the middle of nowhere with one of the most important men in Westeros, who's also kicking his heels and doing doing nothing. Without Danaerys, their presence in Essos seems a little disappointing to me.
4) Sansa learns about Arya:
Even though we only got a few brief lines of dialogue between Brienne and Sansa about the topic, it was nice to see Sansa finally learning that Arya is still around. Hopefully more of that to come.
5) Wanted - Dead and alive:
Heeere's Jonny! Yes, Jon Snow finally returned to the show last night. I couldn't help but feel a little disappointed by the manner of his return though. Events all panned out exactly as I (and about 99% of other fans) thought they would. Despite this, there's no denying that the final scenes of the episode were incredible, tense and beautifully filmed, and that they leave us with many as yet unanswered questions as to what manner of person the new Jon Snow will be compared to the old one.

All in all, a truly eventful and memorable episode. But in my opinion, things need to settle down for a few shows now. All the murders (about five or six noteable characters so far this series have expired) are interesting, but will hopefully not become some sort of silly norm for every episode in the current series.
Let's introduce a bit more dialogue and intrigue, and we'll have the perfect series (it's been pretty damn good already). Oh, and no more stupid sand snakes either please.
ytank and GeorgiaSky like this 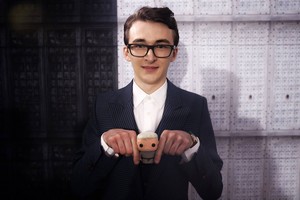 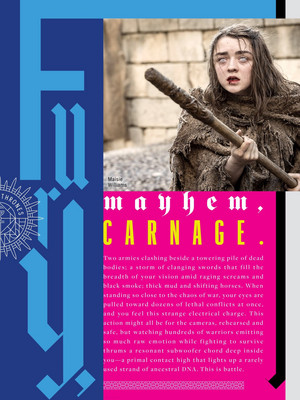 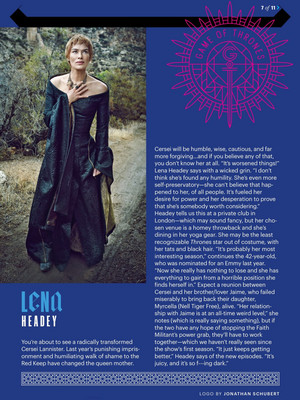 If that makes me a bitch, Ok.
added by Blacklillium
Source: margerystyrell 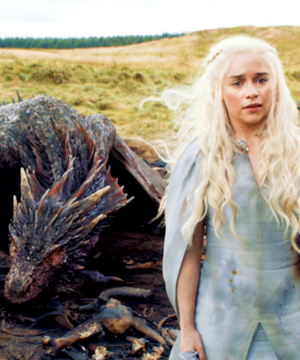 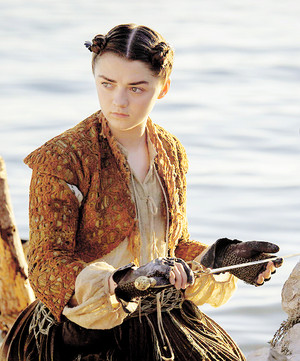 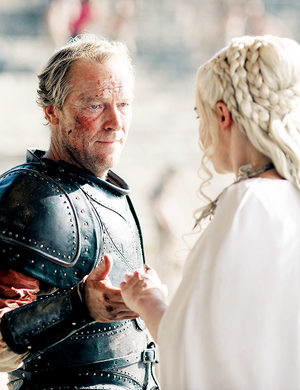 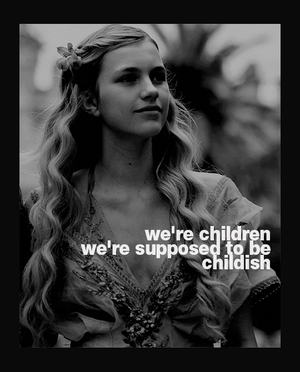 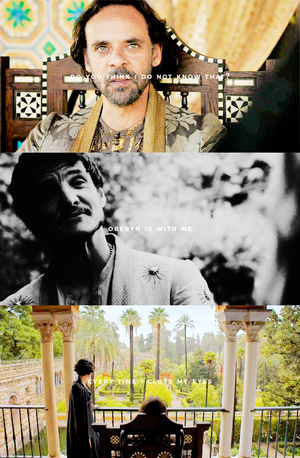 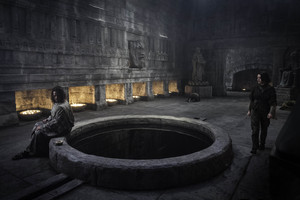