2
Game of Thrones Series 7 & 8: My Predictions
posted by TheHound1
I recently wrote an article which included my predictions for series 7. Because I've heard some very credible rumours (maybe even spoilers?) about series 7 since, I've decided to re-write my predictions AND include some for the final season. How many will come true? Probably none!:

Season 7:
1) Euron Greyjoy will form an alliance with Cersei, and attack Theon and Yara's fleet. Yara will be taken prisoner. Euron will then go on to attack the sand snakes in Dorne, and kill at least one of them, before Theon eventually saves Yara by killing his uncle. BUT Theon will be fatally wounded in the process.
2) Danaerys will learn of Jon Snow and summon him to her. He will in turn inform her of the danger of the white walkers.
3) Dany will defeat Jamie Lannister's forces, and Jamie will be captured. He will learn of the white walker threat from Jon Snow and Dany, before being allowed to return to King's Landing to plead with Cersei for help. Cersei will refuse help, and Jamie will join Dany and Jon's side. Jamie, Bronn and Jon will ride north.
4) Arya will bump into the Hound in the Riverlands, and will learn of Littlefinger's betrayal of her father, which led to his arrest and the killing of Sirio Forrell. She will ride to Winterfell (finding Nymeria on the way) and inform Sansa of this.
5) Sansa has almost been won round to betraying Jon Snow, but this information will lead her to get Arya to execute Littlefinger.
6) Bran will return to Winterfell and reunite with his sisters, and possibly with Jon and Jamie Lannister too. He will inform them all of Jon's lineage, and of the white walkers.
7) Jon and Jamie (with a few others) will march north of the wall to investigate, but will run into major trouble. Someone in their party (Bronn?) will die, and the Night's King will bring down the wall, forcing them to flee.

Season 8:
1) Dany will decide to launch her attack on King's Landing quickly, but it will not go immediately as planned. Tyrion will be taken prisoner and sent to the dungeons by Cersei, and possibly used as a hostage. Jamie and Jon will return south, with all Stark children, other than Bran.
2) Jamie will go into the red keep to negotiate for his brother's life, but Cersei will attempt to dispose of the dwarf - forcing Jamie to kill her in the throne room.
3) Dany will take the city and the throne, with Jorah Mormont cured from greyscale and sitting at her side. But soon, the white walkers will assail the city.
4) Meanwhile, Bran will be forced to ride south to Old Town, having heard of Samwell Tarly's presence there from Jon (or from his green sight). Sam will give Bran valuable information on the use of Dragonglass, which Bran will use in his quest to confront the Night's King. Sam may inform him that (or he will see in his green sight) that he needs to stab the Night's King through the heart with dragonglass in order to kill him.
5) Sansa will attack Jon's claim to being ''King in the North'' due to him being a Targaryen, and will try to plot his downfall. She will be foiled, possibly by Arya (who was always closer to Jon), who will then have her killed.
6) Dany and Jon will lead an attack on the white walkers, in order to help Bran kill the Night's King. Dany will die in the process, possibly along with one or two noteable others (Arya, Jorah Mormont, Jamie Lannister?). Bran will kill the Night's King, but die in the process.
7) Jon's army will dispose of the remaining whites, before heading to King's Landing. Jon will be crowned King and sit on the Iron Throne, with either Tyrion or Samwell Tarly as his hand and Varys freshly installed as the master of whispers. If either Sansa or Dany are still standing at this point, they will marry Jon and become king and queen. But at least one of Sansa or Dany will die.

Who will survive until the end: Jon Snow, Yara Greyjoy, Olenna Tyrell, Varys, Tyrion Lannister, Samwell Tarly.
Who may die: Sansa Stark, Danaerys Targaryen, Jorah Mormont, Jamie Lannister Ellaria Sand.
Who will die: Theon Greyjoy, Euron Greyjoy, Petyr Baelish, Cersei Lannister, Bran Stark, the Mountain (at the hands of his brother) Qyburn, the Night's King.
ytank and DarkSarcasm like this
TheHound1 I've had another thought - The sting in the tale at the end of the story could be that Bran will be resurrected as the next Night's King....
DarkSarcasm Very interesting predictions. I don't think I've seen anyone predict a Daenerys death before. (Then again, I don't actively seek out theories, I just occasionally stumble upon them.) The Greyjoy predictions, I've seen before. Doesn't make them hurt any less. I hope you're wrong about the Arya/Sansa/Jon story, but the GOT writers probably aren't above torturing us like that. That Bran resurrection would be one hell of an ending.
StarkStark Hmm good point about bran theory , but I doubt it . I reckon bran will be either an important maester or the hand of the king in the north ( jon ) I think Gendre will play a role in all this as well .
TheHound1 I did forget about gendry! I think he will eventually side with the starks and marry Arya, forming a proper alliance. I might be wrong about olenna tyrell surviving too. I've heard that her playing a role in Joffrey's death will come back to bite her.
TheHound1 After watching the first five episodes of season 7, I'd say I'm doing pretty well in terms of predictions! I do think that Bran and Samwell Tarly hold the key to defeating the white walkers, but it could be Arya that ends up killing the night king - with the dagger that Bran gave her. He definitely gave her that dagger for a reason, though didn't say why at the time.
TheHound1 I've heard the theories - Bran will DEFINITELY be the next Night King, in my opinion! It will be the bittersweet moment at the end of the programme. Sweet will be one of the good guys winning the Iron Throne, with the white walkers either being defeated or driven back into the far north. Bitter will be the Bran story. Another theory that I think will be true is that the current Night King's reason for killing is so that he can attack and defeat the Children of the Forest with his army, because of the fact that it was them who created him. They are his true enemies. All the signs point to it.
TheHound1 Writing this comment a year after my others: Bloody hell - my predictions for season 7 were good! Season 8, not so good so far (seen the first two episodes). But here's what will happen in the final four episodes: 1) Battle for Winterfell. Jorah Mormont will die in battle, along with Jaime Lannister. Jon and Dany won't be able to stop the night king, but when the night king lands on his dragon, Arya kills the dragon with her new dragon-glass spear(made by Gendry). The Night King goes after her and she leads him toward Bran, who is guarded by Theon and his army. Theon dies as white walkers attack. Bran tries to go back in time to prevent the Night King's creation, but ends up getting stuck in his body as the children of the forest create him. Bran becomes the Night King and his earthly body disappears. He is now the Night King in the present too. 2) Episode 4 sees the white walkers leave Winterfell. Survivors re-group. Tyrion talks Bronn out of killing him when he arrives North. Euron attempts to murder Cersei when he learns of her pregnancy, but is executed himself by the mountain. Sansa finds out the truth about Jon and flees south with some followers - hoping to find allies in the Riverlands to challenge Jon. Arya makes for Kings Landing with a plan in mind. Jon and Dany decide to stick together to try and defeat the night king at king's landing. Jon realises he will be killing his brother. 3) Battle for King's Landing. As the white walkers arrive, the golden company are forced to fight the dead too and are wiped out. Cersei is alone and beseiged, when Jaime (arya wearing his face) appears to comfort her. Arya stabs Cersei in the back and kills her, and is set upon by the mountain. The hound arrives at this moment and kills his brother, but Arya has been fatally wounded and dies. 4) The battle for Kings Landing intensifies and the night king arrives. But Jon, Dany and Sansa's army arrive and attack him. After a huge battle, several characters are dead; Sansa (turns on Jon and is killed in process). Melisandre thinks she may know how to destroy night king and agrees to confront him with Jon and Dany. Dany and Melisandre both die. Jon manages to kill the Night King, but doesn't realise than Dany has been resurrected as a white, which was what the Night King wanted all along (to rule with his Targaryen queen, as he himself is of Targaryen descent). With the Night King Dead but with Dany now holding most of his power and no one to battle those she has brought back, Jon is forced to make a pact of peace and Marry the Night Queen as she takes the Iron Throne. The seven kingdoms are kept in the group of a peaceful but everlasting winter. And Samwell Tarly finishes narrating his chronicle of Westeros and Game of Thrones - and the show ends for the final time. 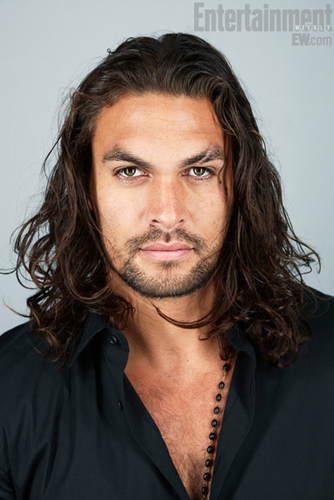 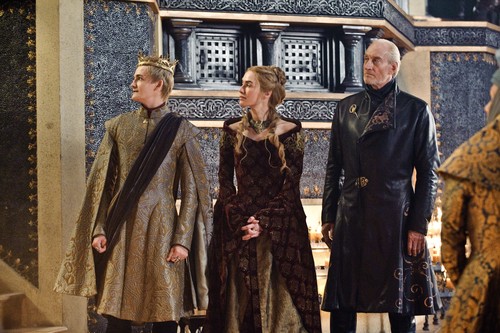 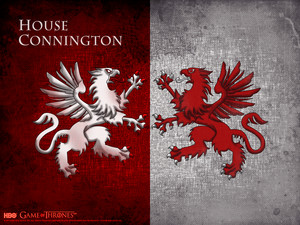 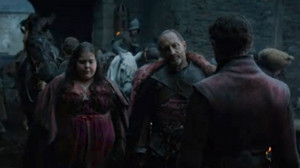 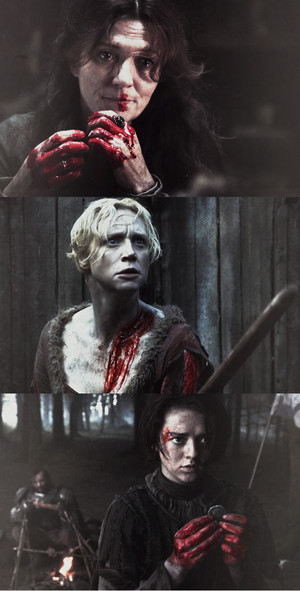 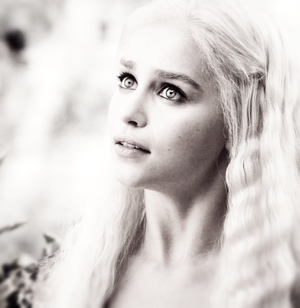 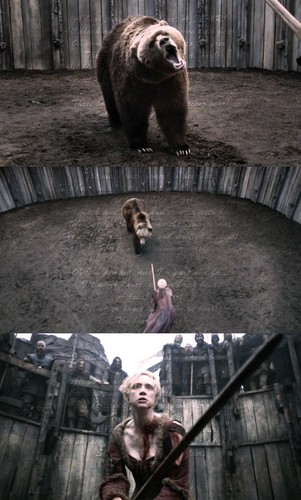 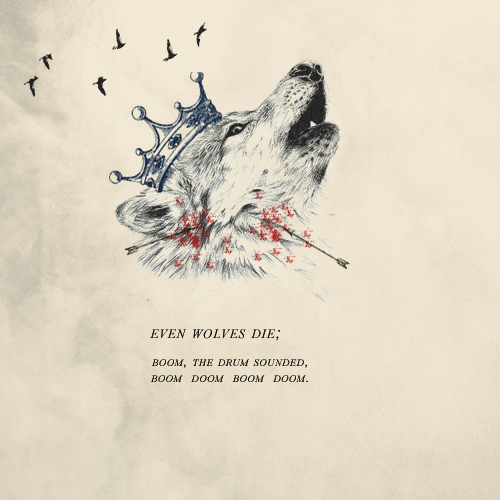 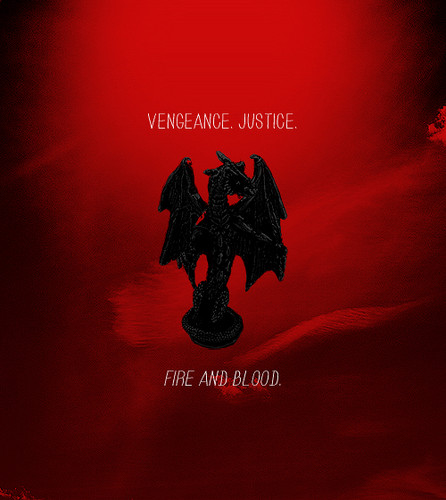 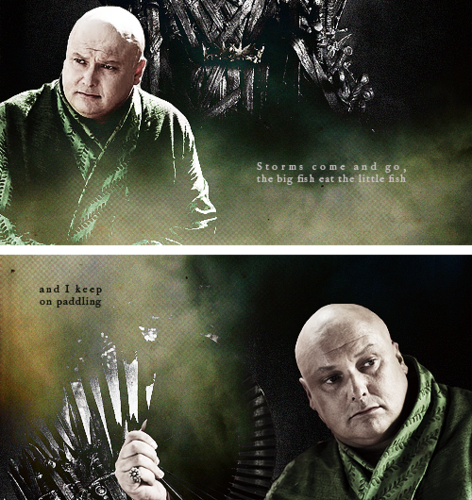 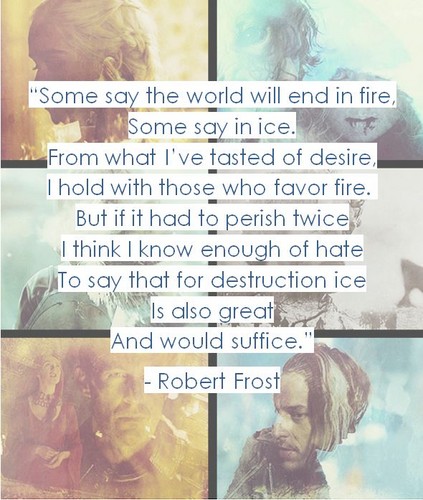 Some say the world will end in fire, Some say in ice
added by Saejima
Source: lifeisacomplexparadox @ tumblr 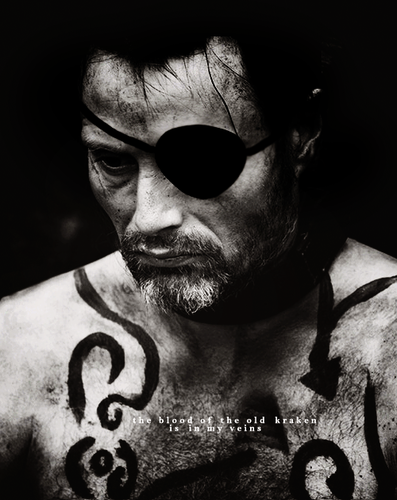 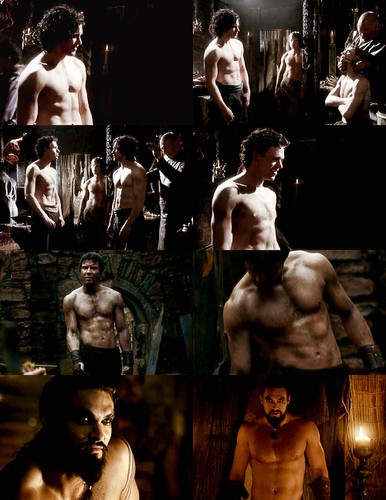 1
I watch for the plot
added by Saejima
Source: fearbreeze @ tumblr 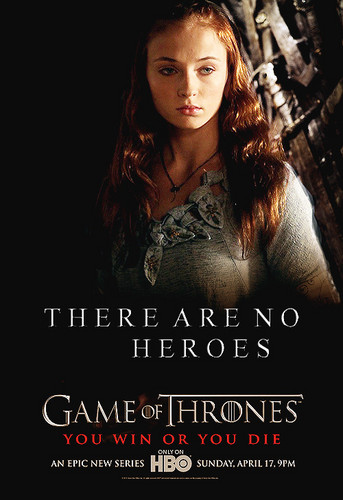