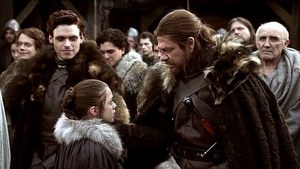 Below is a list of my favorite episodes from Season One of "GAME OF THRONES", HBO's adaptation of George R. R. Martin's 1996 novel from his A Song of Ice and Fire series, "A Game of Thrones". The series was created by David Benioff and D. B. Weiss:


FIVE FAVORITE EPISODES OF "GAME OF THRONES" SEASON ONE (2011)

1. (1.09) "Baelor" - In the wake of Lord Eddard (Ned) Stark's arrest for treason, his oldest son, Robb Stark, goes to war against the new King Joffrey and his mother's family, the Lannisters. Khal Drogo, the Dothraki husband of Daenerys Targaryen, falls ill from an infected battle wound.

2. (1.05) "The Wolf and the Lion" - Ned's wife, Catelyn Stark, captures Tyrion Lannister, whom she believes is responsible for attempting to kill her second son, Brandon (Bran). She takes him to her sister's land, the Vale, to stand trial. King Robert Baratheon of Westeros receives news of Daenerys' pregnancy and plots to have her assassinated. Ned, as his new Hand of the King (premiere aide), refuses to participate in the plot and resigns his position.

3. (1.01) "Winter Is Coming" - In the series premiere, Ned is torn between his family and his old friend, King Robert, when the latter asks him to replace their recently deceased former mentor as the new Hand of the King. Viserys Targarys plans to wed his sister Daenerys to Drogo in exchange for an army to invade Westeros and reclaim the realm's Iron Throne on his family's behalf.

4. (1.06) "A Golden Crown" - While recovering from his duel with Jaime Lannister, Ned is forced to run the kingdom, while King Robert goes boar hunting. At the Vale, Tyrion demands a trial by combat for his freedom. Viserys begins losing patience with Drogo and threatens Daenerys' life in exchange for the promised army.

5. (1.10) "Fire and Blood" - Robb vows revenge against the Lannisters following the incident of the last episode. Ned's illegitimate son, Jon Snow, must officially decide between joining Robb's army or remaining the Night's Watch near the Wall. Daenerys says her final goodbye to the catatonic Drogo. 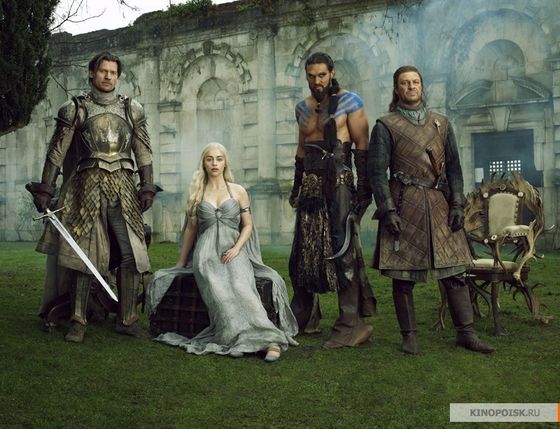 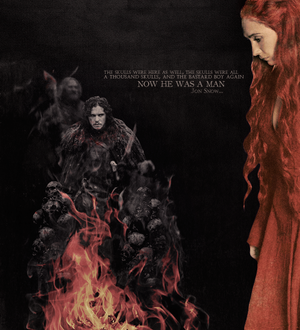 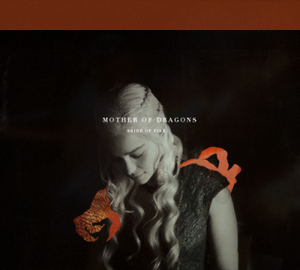 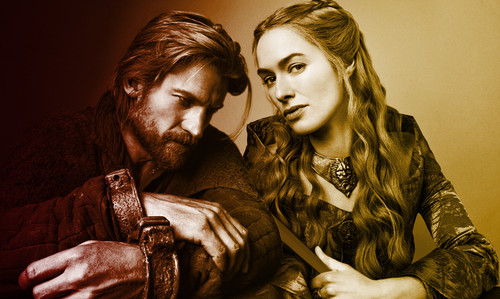 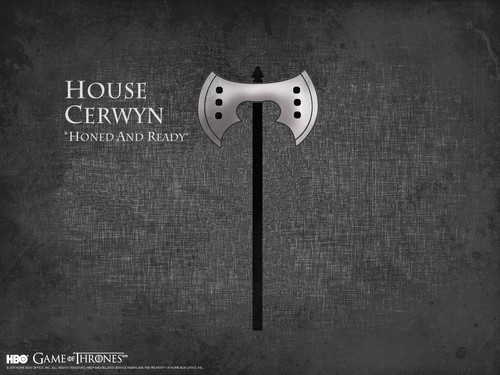 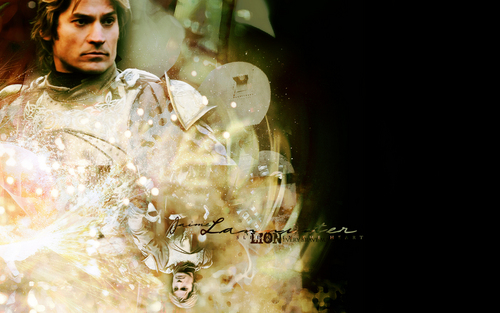 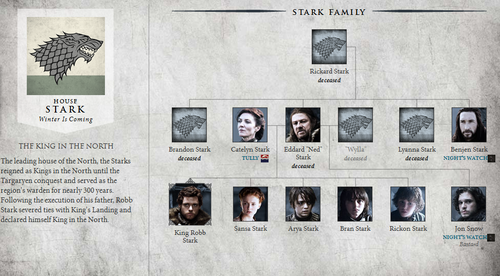 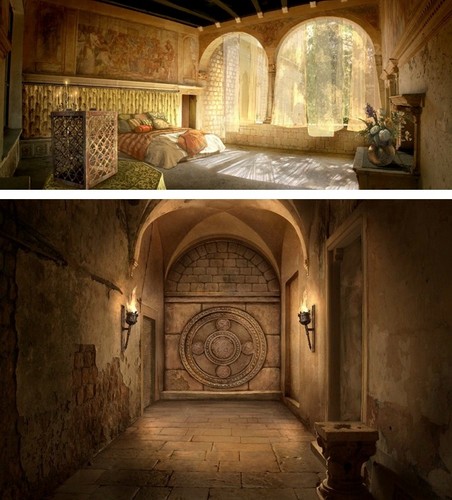 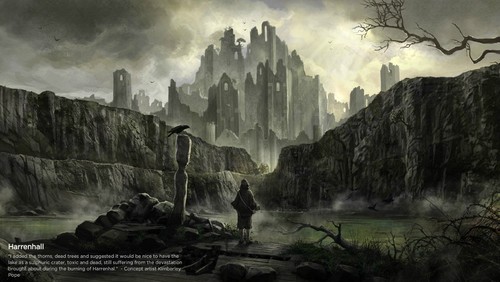 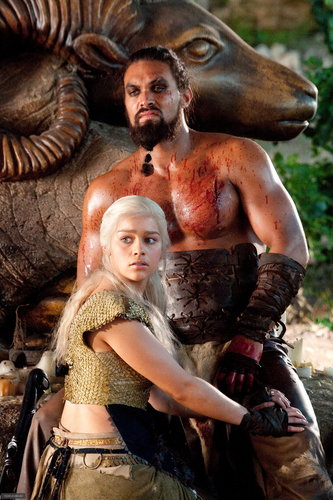 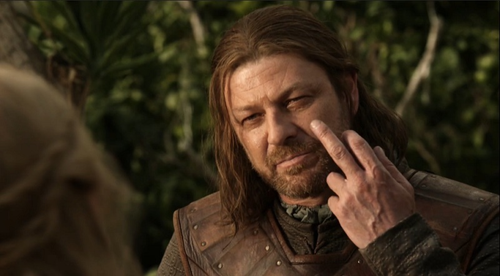 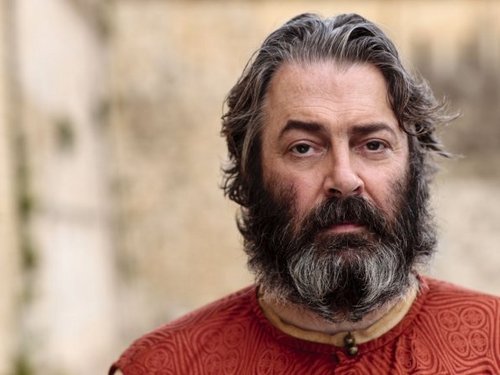 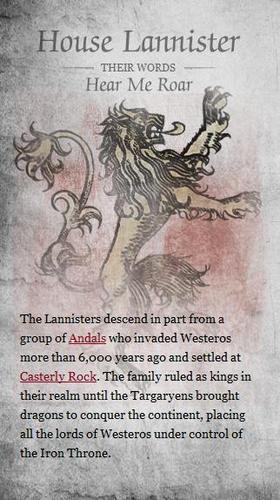 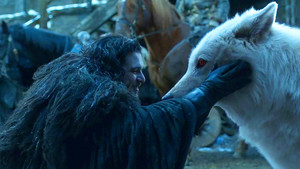 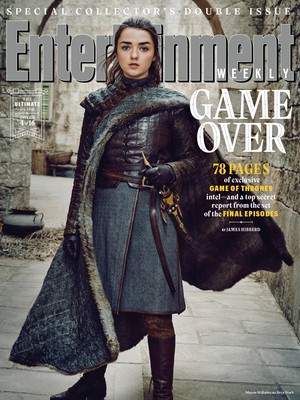 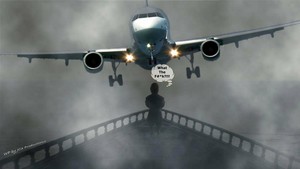 Game of Thrones Airliner 1a
added by curtdog53
Source: Wp by JC3 Productions 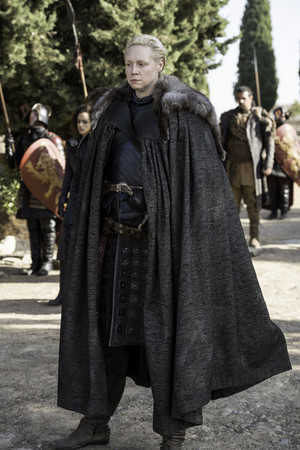