12
The True Ridiculousness of Homophobia
posted by hetalianstella 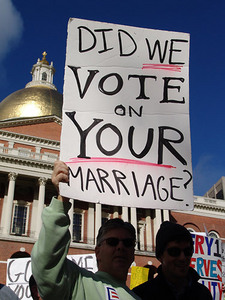 I am straight but I have heard some very ridiculous arguments when it comes to gay rights. Here are some that I would like to show the stupidity of.

-Homosexual parents will cause their children to be homosexual
Wasn't it straight parents who raised homosexual children?

-A child needs both a mother and a father.
So would you say that single parents are bad parents then? No you probably wouldn't. I've had to go six years without my mother and I believe I am doing just fine. Isn't any family better than none? As long as those two fathers or those two mothers are good and caring and love their children.
Besides, it is their family, not yours. How does this involve you at all?

-Homosexuality is a sin, it says so in the bible.
.You are preaching arguments from a 2,000 year old book. A book which also just doesn't support homophobia but also sexism, slavery, kidnapping, and murder. You're against gays because of the bible, do you also support those things? Don't believe me? Oh well let us take a look at the bible.

Exodus 21:7-11 NLT
"When a man sells his daughter as a slave, she will not be freed at the end of six years as the men are. If she does not please the man who bought her, he may allow her to be bought back again. But he is not allowed to sell her to foreigners, since he is the one who broke the contract with her. And if the slave girl's owner arranges for her to marry his son, he may no longer treat her as a slave girl, but he must treat her as his daughter. If he himself marries her and then takes another wife, he may not reduce her food or clothing or fail to sleep with her as his wife. If he fails in any of these three ways, she may leave as a free woman without making any payment. "

Deuteronomy 22:23-24 NAB
"If a man is caught in the act of raping a young woman who is not engaged, he must pay fifty pieces of silver to her father. Then he must marry the young woman because he violated her, and he will never be allowed to divorce her."

Exodus 21:17:
"And he that curseth his father, or his mother, shall surely be put to death."

Ezekiel 9:5-7 NLT
"Then I heard the LORD say to the other men, "Follow him through the city and kill everyone whose forehead is not marked. Show no mercy; have no pity! Kill them all – old and young, girls and women and little children. But do not touch anyone with the mark. Begin your task right here at the Temple." So they began by killing the seventy leaders. "Defile the Temple!" the LORD commanded. "Fill its courtyards with the bodies of those you kill! Go!" So they went throughout the city and did as they were told."

And there is plenty more where that came from. Funny how we preach about homosexuality being horrible from the bible but yet we are ignorantly skipping over all of these other things deemed to be ok.

Did God write the bible? No, his followers wrote it. And even if you do believe that God wrote the bible. Ahem, NOT EVERYONE HAS THE SAME RELIGION AS YOU.
Now, it might be different in your country, but the United States having much homophobia in it, I'm going to use the United States as an example.
It directly says in the constitution that we have the freedom of religion. Meaning we have the right to choose and follow any religion we wish and have the right to have the same equality as much as all the other religions. To say homosexuals shouldn't have rights purely based on your SINGLE religion among the dozens of others that make up The United States. You are going against the very constitution and idea that America was built on.

And isn't God supposed to be all about love, peace, and harmony? If God loves you so much why would he send you to hell to burn for all eternity simply because of a sexuality you were born with. A sexuality he gave to you.

It's perfectly fine to be religious. I have nothing against people of any religion. Just please don't use your religion as an excuse to be so cruel.

-Homosexuality is unnatural / it is a choice.
It has been SCIENTIFICALLY PROVEN! Scientifically proven that sexual orientation is determined before birth! It has been proven that the mother's womb treats some females more masculine and some males more feminine depending on her own hormones and number of children she has already conceived. Also there are hundreds of species of animals who have been studied as homosexual. Animals that don't even have the brain capacity to make that "choice".
A choice? So you honestly think you (heterosexuals) could at some point to just choose to be attracted to the same sex. Besides, I honestly don't think someone would ever choose to not be able to be with the person they love, not be able to donate blood, be able to be put to death in 7 different countries, and put up with pointless cruel discrimination such as this.
And even if it was unnatural. Even if all of this scientific evidence didn't exist....why does that matter?
Natural meaning made by nature.
Is your house made by nature? Is your furniture made by nature? Is your car made by nature? Are these words you are reading on your freaking computer screen right now made by nature? Unnatural means bad? If unnatural is bad then shouldn't you be living under a rock naked out in the middle of the woods or something?

-Gay people are sick!
Really? No you're sick! Do you realize how many problems there are in this world? There are children starving from hunger and being tortured to death in third world countries and out of all the things you are against it is love itself. Love, the one thing we need more of in this world and you think it is "sick"? You're the disgusting one here.

-Gay marriage redefines marriage
Really? Because I always thought that marriage was between two people, two souls, two living breathing creatures who love each other very much and want to take care of and look out for each other. But since from your logic that marriage ONLY matters through gender male or female, you are basically saying that it is perfectly fine for a man and a women who want to kill each other be married, then two people of the same sex who truly love each other? What the hell kind of logic is that?
In this case marriage very well needs to be redefined. And marriage has in fact been redefined many many times before, and it's a very good thing it has. "The fact that you can't sell your daughter for three goats and a cow means we've already redefined marriage."

Please homophobes, think before you spew your idiocy!
BJsRealm, superboy16 and 10 others like this
Heroine999 Now this is a pretty awesome aritcle.The "Homsexuality is Unnatural/It's Choice" topic was pretty nice.I also liked the "marriage" and the "sin" topic too. :)
hetalianstella Thank you! :) I'm just really tired of those types of arguments. They make no sense to me.
Heroine999 Yes.I hope one day that there would barely be any homophobia one day.
ToxicHugz101 you realize how idiotic you sound.
hetalianstella @ToxicHugz101: How do I sound idiotic?
4
Pro-Gay Quotes (Part 2)
posted by NightFrog
Yes, more. I just love finding these. XD

It always seemed to me a bit pointless to disapprove of homosexuality. It's like disapproving of rain. -Francis Maude

There's this illusion that homosexuals have sex and heterosexuals fall in love. That's completely untrue. Everybody wants to be loved. -Boy George

I get sick of listening to straight people complain about, "Well, hey, we don't have a heterosexual-pride day, why do you need a gay-pride day?" I remember when I was a kid I'd always ask my mom: "Why don't we have a Kid's Day? We have a Mother's Day and a Father's Day, but why don't we have a...
continue reading... 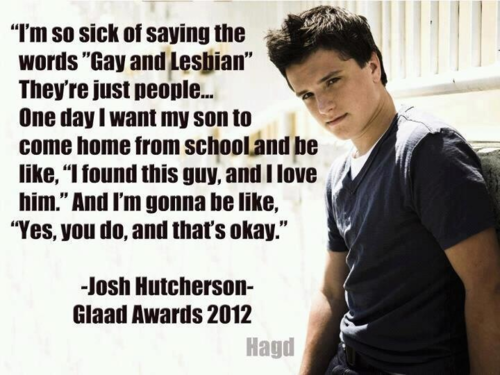 7
Proud to be Normal
added by XxSPXCupcakesXx
Source: Me, I made it 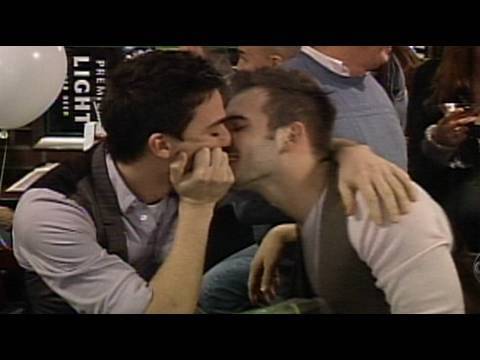 9
Gay Bashing: What Would You Do?
added by usernameinvalid
video
what would you do?
gay rights
gay bashing
gay 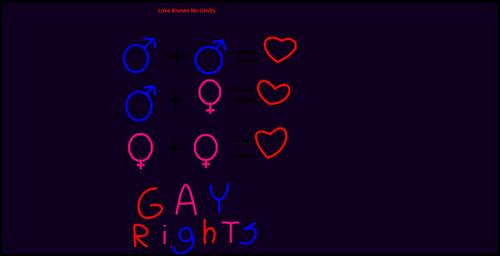 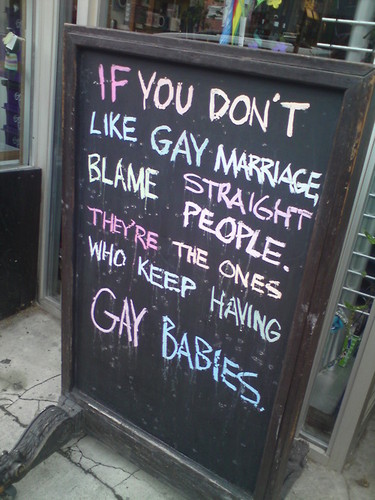 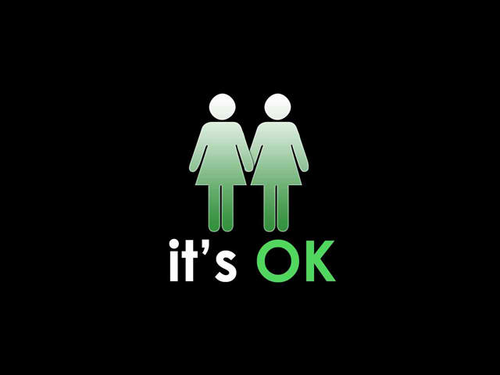 6
right to love
added by bvbmary15 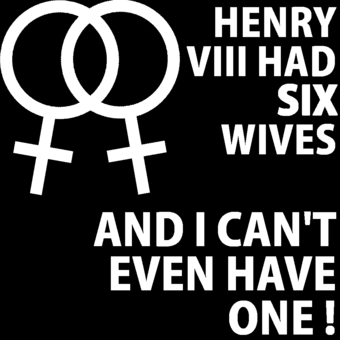 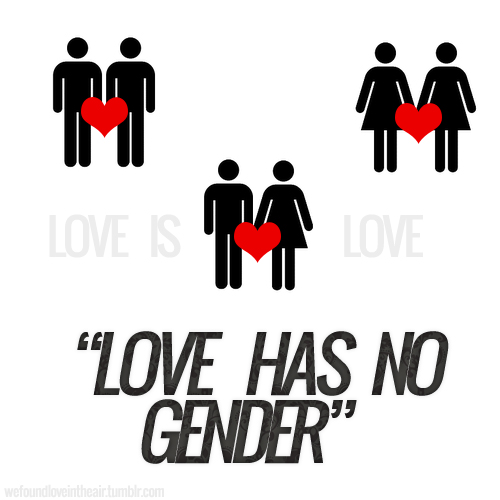 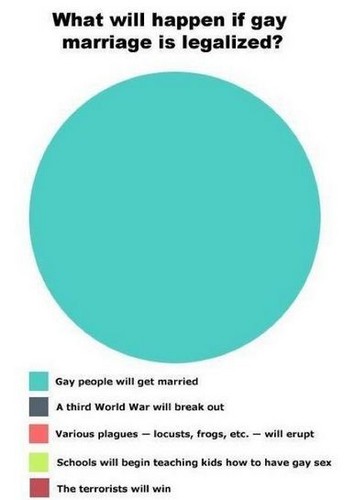 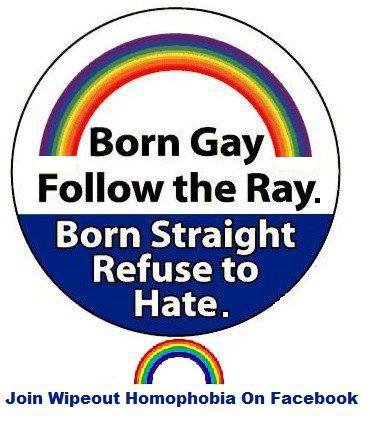 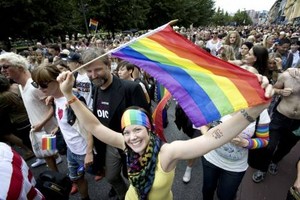 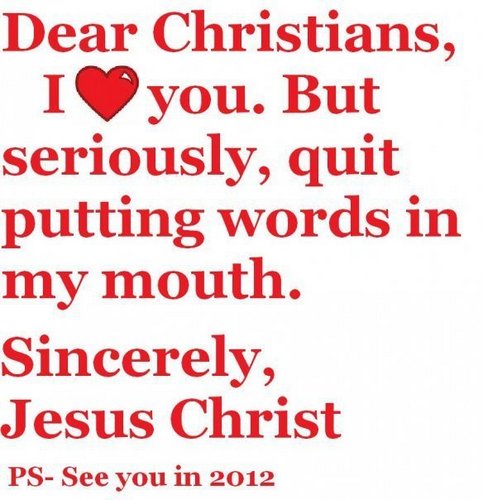 3
WWYD: Lesbian bride-to-be denied wedding dress
added by NightFrog
Sorry for constantly posting these, but I really love this show. I think it's an interesting view on how the public reacts to real life situations.
video
More Cards
1234567891011