4
Grissom Quotes
posted by lovetv
Gil Grissom: There is always a clue.


Gil Grissom: I just got a page from James Watson.
Nick Stokes: And I got one from Francis Crick. What's going on, Greg?
Greg Sanders: Well, as you both know, Watson and Crick are the granddaddies of DNA. Without their discoveries, I'd have nothing to do all day.
Nick Stokes: What have you been doing all day?

Gil Grissom: It was in the days of public hangings that people first noticed that men would get erections and sometimes even ejaculate. They called it "The Killer Orgasm."


[after telling Grissom something that Grissom already knows]
Greg Sanders: I guess I should stop trying to impress you.
Gil Grissom: That would impress me.

[Grissom admits to a mistake]
Gil Grissom: What?
Nick Stokes: Well, it's just that most people don't admit to being wrong.
Gil Grissom: I'm wrong all the time. It's how I get to "right".

Gil Grissom: He's wearing a wig... and a fat suit. Is it Samhain?
Catherine Willows: In this town, it's always Samhain.


Catherine Willows: Never doubt. Never look back. That's how I live my life.
Gil Grissom: I admire that.


Gil Grissom: Are we paying you by the word?

[Sara storms in, obviously angry]
Sara Sidle: You weren't in your office.
Gil Grissom: And good morning to you too, Miss Sidle.

Gil Grissom: Sometimes I can be a little thoughtless.
Catherine Willows: I wouldn't say that. Not just any guy would walk a girl to the morgue.

Gil Grissom: A girl... in a culvert pipe... at a highway construction site... in the middle of an alfalfa field...
[turns to Brass]
Gil Grissom: You got anything to add?
Captain Jim Brass: Nothing as poetic.

Greg Sanders: All work and no play makes Greg a dull boy.
Gil Grissom: All play and no work makes Greg an UNEMPLOYED boy.

Gil Grissom: Amazing how the sight of blood can clear a room.

Nick Stokes: There's a sucker born every minute.
Gil Grissom: Yeah, and they all come to Vegas.

[to Grissom upon seeing a bug]
Catherine Willows: Hey, look at that. Your six-legged soul mate.

[after Gil Grissom lights up a pickle in the lab]
Gil Grissom: You know this is how I cooked my hot dogs in college.

Sara Sidle: Do you want to have dinner with me?
Gil Grissom: No.
Sara Sidle: Come on, let's go to dinner... see what happens.
Gil Grissom: I... don't know what to do about this.
Sara Sidle: I do. And when you finally figure it out, you might be too late.

Gil Grissom: No victim can ever say we didn't try.

[the investigators discover a horse was being used to smuggle diamonds]
Gil Grissom: The horse is a mule.

[after witnessing a child ignoring her mother]
Gil Grissom: [to Catherine] My mother may have been deaf but she was still the boss.


[a rat has just climbed out of a murder victim's mouth]
Captain Jim Brass: Whoa.
Gil Grissom: I think she just ratted herself out.
[Later, before the victim's autopsy:]
Dr. Al Robbins: Heard about the rat. Hope it didn't have any children.


Gil Grissom: The rich are just as depraved as the poor.

Captain Jim Brass: What are you doing after work?
Gil Grissom: More work.


Warrick Brown: Was that a confession?
Gil Grissom: I think a plea of insanity.

Scott Shelton: [after Sara discovers blood that has been wiped clean off the wall] I have no idea how it got there.
Sara Sidle: Oh... How it got there was when you shot your wife in the head, wrapped her in a blanket and left her on the side of a mountain. *Dead*!
[points her finger in his face]
Scott Shelton: Get that finger out of my face!
[they fight]
Captain Jim Brass: [shouts] Stop! That's enough!
[to Grissom]
Captain Jim Brass: Get her under control!
Gil Grissom: [shouts] Get him out of here, Jim!
Scott Shelton: Told you she was a handful.
Sara Sidle: Oh, you don't know a handful!
Gil Grissom: Hey, Sara, what's the matter with you?
Sara Sidle: I am a woman, and I have a gun and look how he treated me! I can only imagine how he treated his wife!


Captain Jim Brass: Our friend Tony just checked into the hotel. Didn't even unpack his bags.
Grissom: He made enemies fast.

Grissom: "The evil men do always lives after them. The good is often interred with their bones."
Warrick Brown: Shakespeare?
Grissom: [nods] Julius Caesar.

[about an elastic plastic]
Gil Grissom: What's it found in?
Hodges: Greg-Sanders-wear.

Gil Grissom: Sara, do you have any duct tape in your kit?
Sara Sidle: Yeah. It's what I use to hold it together.

[Grissom walks by the lab where Greg is playing music]
Gil Grissom: Hey, Sanders, no punk rock.
Greg Sanders: What about Black Flag?
Gil Grissom: Are you nuts?


Gil Grissom: My bugs are my babies, my children.


Greg Sanders: I'm like a sponge: I just absorb information.
Gil Grissom: I thought that was MY line.
Greg Sanders: Yeah, and I absorbed it.

Gil Grissom: So, let's see. You surf, you scuba dive. You're into latex, you like fashion models and Marilyn Manson. And you also have a coin collection?
Greg Sanders: Weird, ha?
Gil Grissom: Well, I race cockroaches!

Gil Grissom: Did you hear the one about the cop and the monkey who go into a bar?
Catherine Willows: I'm not in the mood.
Gil Grissom: Neither was the monkey.


Greg Sanders: [Spoken while Grissom is looking under a microscope] That's the hair from the spare bedroom.
Gil Grissom: There's an oily film on the surface of the hair.
Greg Sanders: Propylene glycol. Active ingredient in Rogaine, for male pattern baldness. Personally, I don't use the stuff, but my grandfather Papa Olaf - he was Bruce Willis at age sixteen. Lucky for me, baldness comes from the mother's side, so I'm safe...
Gil Grissom: [Interrupting] Greg, please, I'm very tired.
Greg Sanders: Well, maybe the guy we're looking for is going bald... or trying not to. According to Papa Olaf, a lot of guys who use Rogaine also use Propecia, kind of like a cocktail. I ran the hair through MassSpec. I got four peaks - ethyl alcohol, propylene glycol, minoxidil, and finasteride.
Gil Grissom: Finasteride, the chemical name for Propecia.
Greg Sanders: But wait, there's more, and it's a family secret. Sexual. Happens in less than two percent of users.
[Whispering]
Greg Sanders: Papa Olaf was one of those people that needed hydraulics.


Gil Grissom: Nick, give me that apple
Nick Stokes: [looks at the apple he's been eating] But I didn't get any lunch...
Gil Grissom: You're not supposed to be eating in here so give it.


[Grissom notices something in the desert and starts to walk away from a crime scene]
Captain Jim Brass: Where's he going?
Catherine Willows: Let's just hope he stops.


[Dr. Robbins has received a human head in the mail]
[Grissom walks into the room]
Gil Grissom: I heard you got some head.


Gil Grissom: I'm sorry, you look lost
Sheriff Rory Atwater: I've been calling your cell.
Gil Grissom: We get bad reception here in CSI. Listen, if this is about dinner, I'm free next week. I'll be having the fish.

[liquid from the trunk of a car containing two corpses splashes up onto Greg's face and into his mouth]
Sara Sidle: Technically, that makes you a cannibal. Grissom would be proud.
Greg Sanders: Grissom would have tasted it on purpose.


Catherine Willows: What kind of perverse game are you playing here, Gil?
Gil Grissom: I'm not a pervert.

Warrick Brown: Who brings a gun to a knife fight?
Gil Grissom: The winner?


Gil Grissom: [to Hodges] So you're saying our killer had metal balls?


Gil Grissom: I tend not to believe people; they lie. The evidence never lies.


Greg Sanders: [about Sara] You want a valium for her?
Sara Sidle: I heard that!
lovedeath26, angiii7 and 2 others like this
CSIYiota where did you find this????It's great!!!!!
PianoWizzy [Sara and Gil find Hodges drawing over his gray hair with black marker] Grissom: Vanity, thy name is Hodges.
5
Grissom & Sara Moments
posted by lovetv 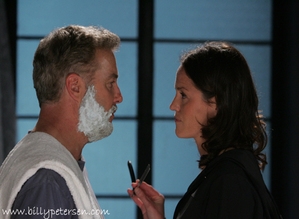 Intimately!
All the Grissom/ Sara Moments: 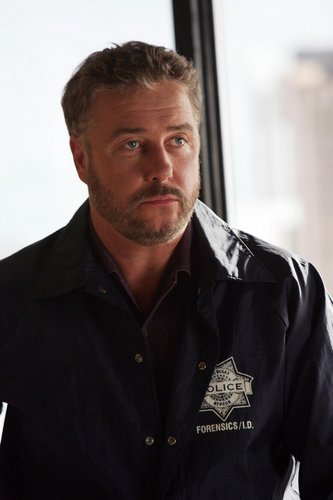 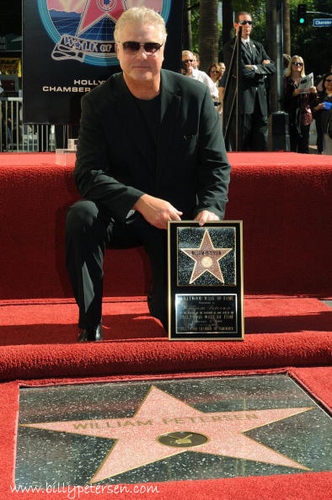 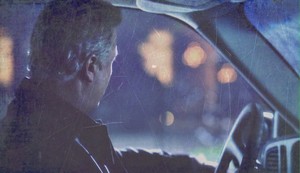 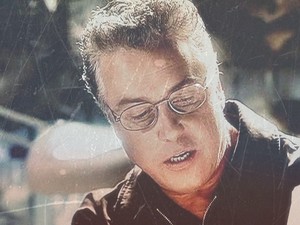 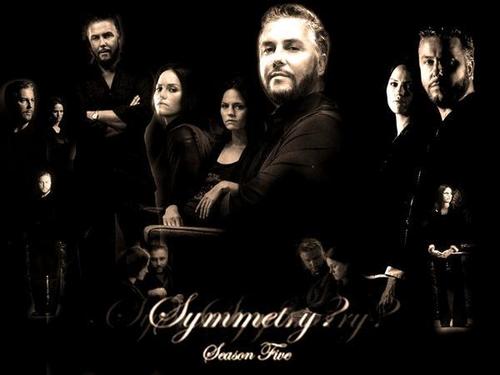 4
Grissom and Sara
added by roundabouts 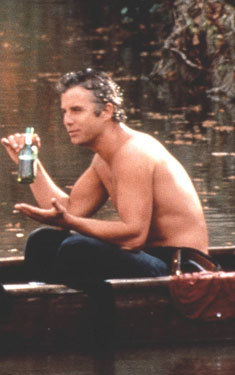 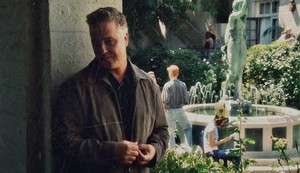 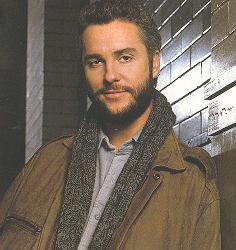 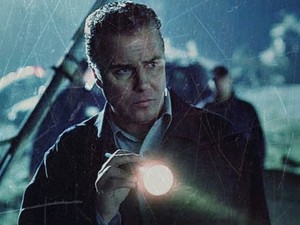 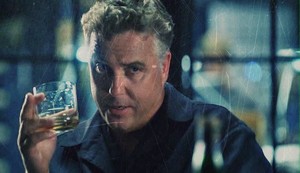