Why enchanted is brilliant
posted by LisaForde 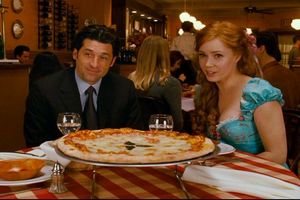 The Chemistry
Ok so your probably sick and tried of me talking about this movie but here is why I love this movie.

Although I find movies like this stupid but Enchanted was so cleverly done kicking off in old school animation and then turning it into a spoof of every princess movie from Cinderella to Snow White only Enchanted turns both of them into an enjoyable flick.

OMG the ballroom scene and the beginning of the movie had me mesmerized. I loved the opening of this movie as it was like a tribute to Snow White’s book. The charcther’s are magical as well as the finale.


#3 The chemistry between Amy Adams & Patrick Dempsey was unbelievable .

Who knew that these two can really make their characters become more real especially during the kissing scenes. They tried to make their chemistry in the movie more real because Giselle wanted to show Robert all about what romance is all about. Bravo to Dempsey & Adams .

Alan Menken & Stephen Schwartz were brilliant with the film score I am always puzzled as to why these two brilliant genius didn’t receive an Oscar back in 2007. From The Happy Working Song to the romantic ballad So Close I am so annoyed at the Oscars for not giving the movie an Oscar.

#5 It brought me back in time

I was born in the early 1990’s and I grew up watching Beauty & the Beast, Aladdin and Tarzan. Every time I watch Enchanted I always feel like a little 8 year old again as it reflects to a time when Disney was great and it didn’t have Miley Cryus or Selena Gomez or HSM. As well as that it made me happy and it the characters were so engaging not to mention colourful and happy go lucky.


#6 The story behind the film

Enchanted basically tells us that love can happen in both worlds and in order to be with the one you truly love you have to go on dates, don’t get married in a rush as you need to spend some time with the person before you get to know them and that you can have your own happily ever after if you want to believe in yourself. Take Dempsey’s character Robert he starts off as a boring cynical divorce attorney who has to raise his little daughter Morgan on his own and he isn’t what you call a hopeless romantic too as he never got the chance to propose to his girlfriend of 5 years Nancy Tremaine, but when Giselle enters his life he becomes less cynical and more romantic not to mention that he also learns to fall in love.

I seen all 3 of these movies and the films were just too clinched and they didn’t have any chemistry with their princes,well Cinderella did but the other two didn’t but Enchanted on the other hand made Snow White very good, Sleeping Beauty fantastic and Cinderella magical and entertaining.


#8 It’s a type of film that makes you laugh and cry and wonder about life.

That’s the many reasons why I love this movie.

This girl really nailed on her performance as Giselle. She was sweet,funny,stupid not to mention a spoilt rotten brat lol but she was amazing in this movie. She even does her own singing and her own voice talent as well as playing the princess.

#10 Everyone lives happily ever after.
I like how everyone except Queen Narissa had their own happy ending. Nathanial and Pip became authors, Giselle living with Robert as well as becoming a fashion designer, with her own boutique and Nancy marries Edward in the animated world.

Walt Disney would be proud of this film. 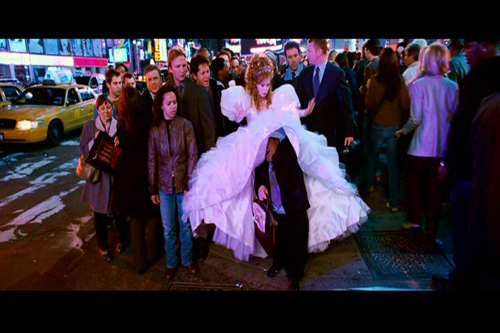 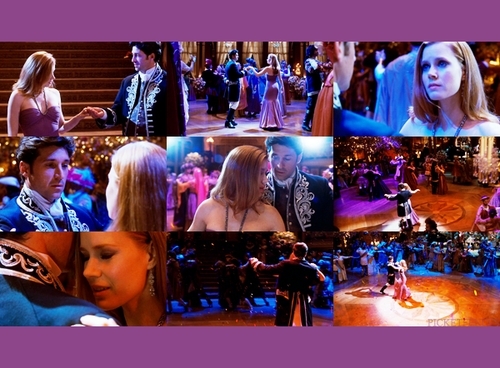 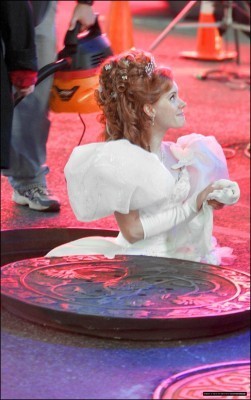 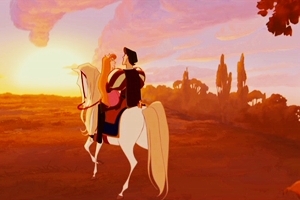 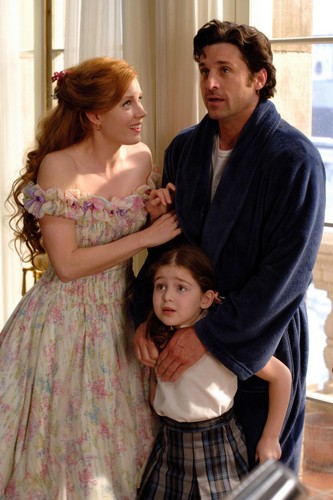 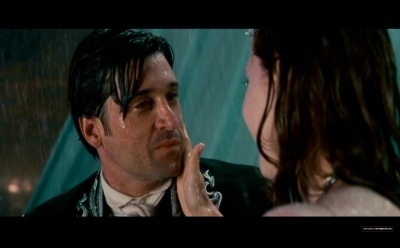 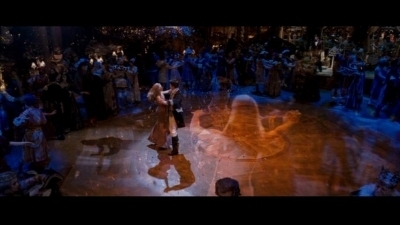 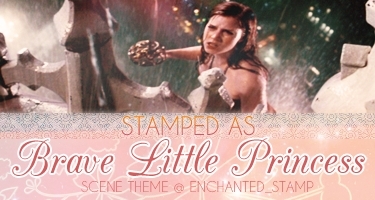 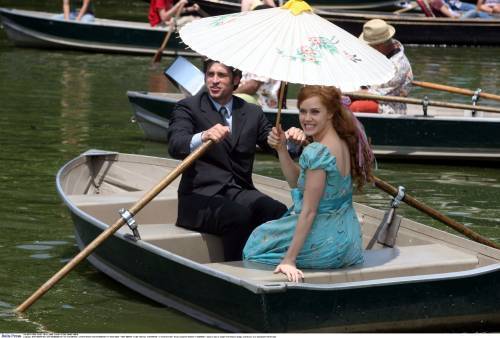 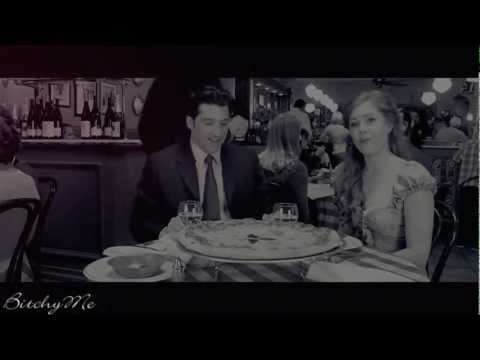 1
Banners
added by LisaForde
Source: my designs
The kiss of life(What was entering Robert’s head)
posted by LisaForde
This is when Robert kisses Giselle when she is in the deep sleep. Enjoy

‘Please don’t leave me’ said a sad voice as he was in love with this woman who showed him what life was all about. As he grabbed her neck and lifted her head he gave a passionate kiss. As the chimes of the clock stroke twelve he stopped and looked at her as if it didn’t work. ‘Oh come on wake up please I love you Giselle’ he said to himself. Edward looked as he was worried that it didn’t work and Nancy was a bit anxious as to whether or not her boyfriend was the ex princess’s real love. Narissa wanted her to rot in hell and Nathanial was a bit anxious too. All of a sudden Giselle let out a deep breath and felt Robert’s chest. She looked at him as he was smiling back at her and she said’ I knew it was you’ and they kissed and hugged.’ At last’ Robert said to himself as he was relived that he was her real true love all along.
3
The Story of Giselle and Robert part 3 of 5
posted by LisaForde 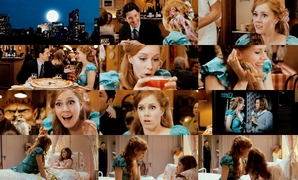 As Robert was gone to work along with Giselle, her prince was in NY looking for her. Giselle saw a staute of a bare person and she said ' Its beautiful'. 'ITS JUST A STATUE' he said to her and grabbed her to his office. 'Sam thank god look I need you to do me a favor, you see that woman over there, I need you to find a place called Andalasia could you do that for me while I have to deal with Mr & Mrs Banks' Robert asked Sam.'Sure' she said to him. As he was going over to the angry couple ,he saw Giselle over in the fishtank staring at the fishes...
continue reading... 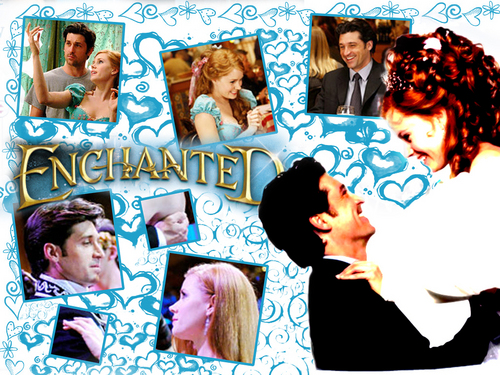 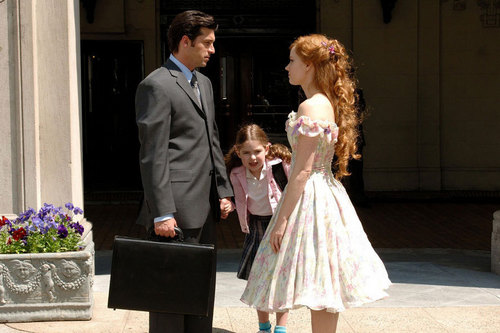 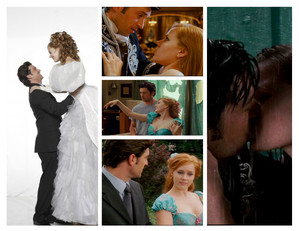 
As they both got their voices back Giselle confessed to Robert that she loved him. ‘ Giselle you may be very mysterious...
continue reading... 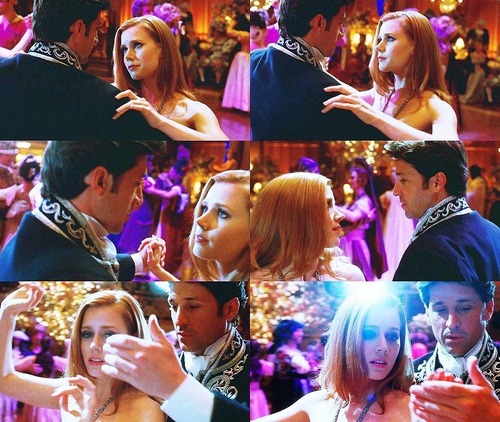 Giselle and Robert
added by lirycsx3