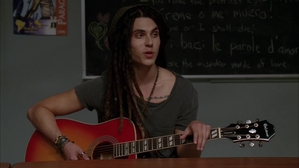 Glee will be back in a few months, people! Hopefully, we'll have plenty of time to prepare for the big day. Until that time comes, let's think about storylines for the Glee characters. Here's what I think will happen to current Glee club member, Joe Hart.

Before his junior year starts, Joe gets a required check-up for the school. When he's getting checked, he suddenly has a moment where he thinks about his first crush, Quinn Fabray. He is startled by his sudden excitement and sits up, nervous. The doctor asks what was going on, and Joe doesn't reply. Ever since Quinn graduated, Joe has been thinking about Quinn and seems to have trouble getting his mind off her.

He returns to the Glee club with the rest of the New Directions members. He takes Will Schuester's consideration into bringing in new members to qualify for sectionals. He pitches in with the group number the Glee club came up with. When they end, the school ridicules them and start throwing slushies at them. Trying to find another tactic, a girl named Catherine Mason comes in and tries out for New Directions, hoping to spice things up a bit. After her audition piece, everyone seems to be cheering for her except co-captain, Tina Cohen-Chang. Joe and the other current members want Catherine in. However, she makes their lives a living hell as she gives them a choreography piece she's been working on a while back. She yells at all of the members, wishing that they would have at least some talent. Tina comes in at the Glee club's defense, and stands up to Catherine. She leaves, and New Directions thank Tina, leading into the group number she came up with.

Joe is at his locker, feeling nervous once again. Current Glee club member Sam Evans walks over and hints that Joe is having another erection. Joe confesses and wants to know how he can concentrate away from Quinn. Sam believes that he should focus on another girl. He helps him with finding another right girl for him. While finding a girl for Joe, Sam also suggests that they find more God Squad members, being that Quinn Fabray and Mercedes Jones already graduated, and Sam is about to graduate. Then Joe and Sam sing a brotherly duet, and confront Alyson and Fredrick Houston in the auditorium. They both want to be in the God Squad. They were both raised as Christian by their father, and their mother left a while back. They both still pray for her. Sam and Joe agree to have them in the group.

Later on, Joe comes out of class and meets up with another girl, Lilith Baker. She asks Joe if he knew Sam Evans, and then went on about how he was talking about Joe. Joe smiles and says it had something to do with Sam finding a girlfriend for him, thinking that it was all silly. Lilith doesn't find it silly at all, and asks to hang out with him. Lilith and Joe hang out a few times a little through the school year. At one point as Lilith lets Joe listen to some of her music, she tries to sneak in a kiss on his lips. Joe refuses since he stands by his beliefs as a Christian. Lilith explains that sometimes a Christian needs to let loose a little, and tries to kiss him again. Unfortunately, Joe still wouldn't let her and walks away.

Joe confronts Sam on what happens and believes that Lilith is somewhat in love with him. Sam doesn't believe him, and convinces him to let her down really easy. At that moment, Joe finds a note on his locker. In the note, Lilith says that she's sorry and wants to make it up to him, asking Joe to come to an empty classroom afterschool. He agrees and goes looking for her in a chemistry classroom. At first, he sees no one there, but then Lilith closes the door and walks toward him, grabbing his arms. Lilith says that she's not going to let Joe get away from her, and attempts to kiss him a third time. Joe tries pushing her away, telling her that he doesn't want to do it. But then he is pushed on the floor, with a glass beaker falling and some small pieces sticking to the left side of his face. He also twists his left ankle when Lilith trips him. Lilith holds him down and tells Joe that he has nowhere to run.

About 45 minutes later, Joe is limping out of the chemistry classroom, trying to make it to the principal's office. Sam and Tina come out of a classroom and they spot Joe, calling to him. Joe falls to his knees, unable to walk another step, and starts crying. Tina spots the scratches on his face and runs to Mr. Schue's office. Sam tries getting Joe's attention, asking what happened. Still crying and hurting, Joe doesn't respond.

After checking Joe out at the hospital, the doctor calls Tina, Sam, and Mr. Schue in to speak with Joe. However, Joe doesn't want to explain what happened. Sam and Mr. Schue promise that the three are all here to help him. Joe explains most of what happened, leaving out the chain of events in the chemistry room. The doctor then announces that Joe is a rape victim. Joe adds that he couldn't tell because he was too scared. Sam and Tina say that there's no need to be scared and that everyone in Glee club is a family to him. With that, they help him out of the hospital after receiving his crutches to use for his leg.

It takes a few weeks for Joe's leg to heal. After it does, Sam wonders if Joe told his parents about the incident. Joe doesn't know how to tell, knowing that they'll both be upset with him. Sam, along with other New Directions members, tell him that he has no other choice and that it'll traumatize him later on if the problem isn't solved. One night, Joe asks his mother to talk with him. He continues by saying how much he loves her and feels that she's going to be upset when he announces what happened between him and Lilith. Once he says it, Joe's mother is shocked and also feels sorry for him, hugging him as he cried once again. After resting from the crying, Joe awakes and is confronted by his father, who seems very mad. He feels offended that Joe went against the Bible and decided to have sex with a girl. Joe says over and over that it wasn't his fault, but his father doesn't believe him. Joe's mother wants to help him, but his father ends up kicking Joe out of the house.

Joe is found sleeping in the choir room by Mr. Schue, and he takes Joe home. His mother wants him back, but his father calls him a stranger and wants him to leave. Joe tries to defend himself, and his mother refuses to let her son leave the house again. Joe's father says nothing to either one of them, walking out of the room.

Joe's parents and Lilith's parents meet up with Mr. Schue and Principal Figgins in the principal's office, all arguing over what they should do about their kids. Lilith's father says that his daughter wouldn't do something like that, and Joe's mother argues that Joe wouldn't ever go against Christ and have sex at a young age. Joe, Sam, and Tina are in the hallway watching them, and they go to the gym room. They all see Lilith, struggling to hold down a guy. Lilith's parent see this and sends Lilith away for help.

Before the school year ends, Joe confronts Sam and thanks him for all he's done. They both tell each other that they hope they make it to college and succeed. After their last bro moment, they walk away. Joe also participates in many of the Glee club's antics. After his junior year ends, Joe awaits his senior year of high school. 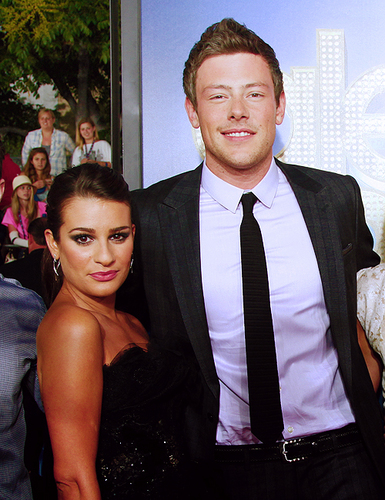 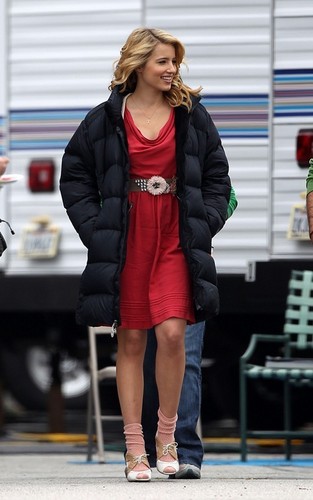 On the set
added by laurine03 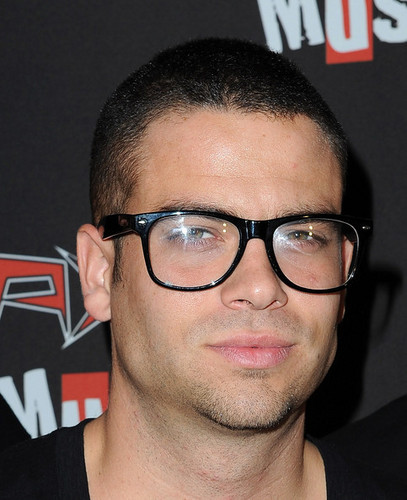 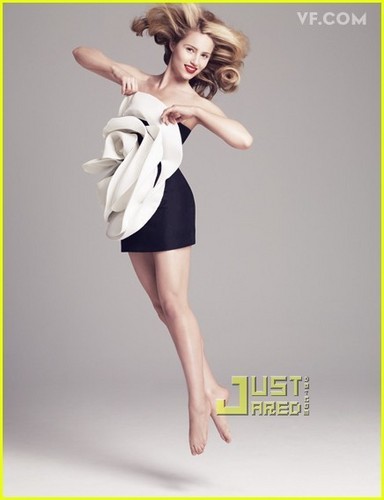 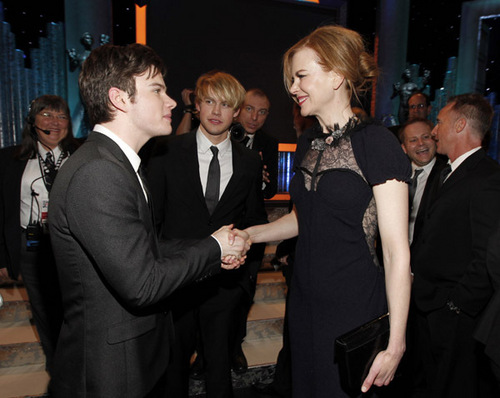 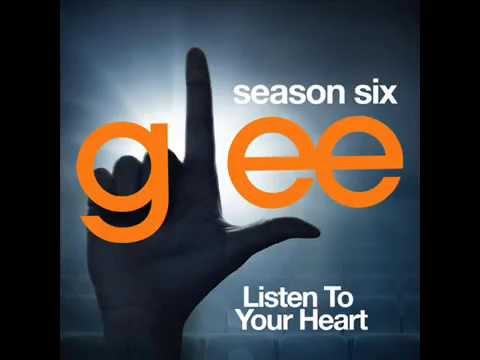 2
Quinn's Car Accident
added by fetchgirl2366
Final scene in "On My Way" with Quinn in the car crash.
video
glee
cast
season 3
quinn
car crash
on my way 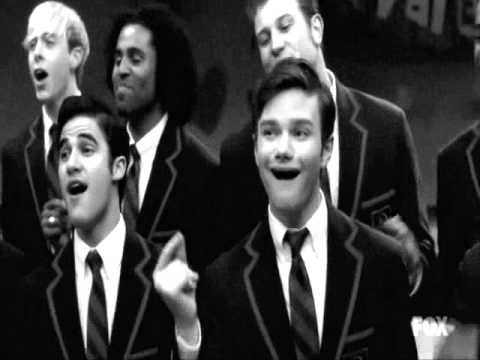 9
Kurt/Blaine- Moon River
added by kittie88
Breakfast at Tiffany's is by far my favorite movie of all time. so i thought that i would make a klaine tribute using this song.
video
glee
kurt
blaine
season 2
klaine 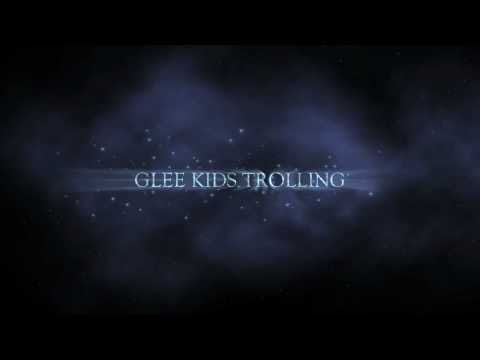 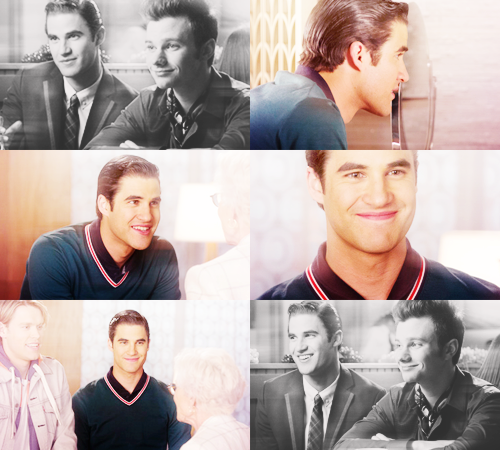 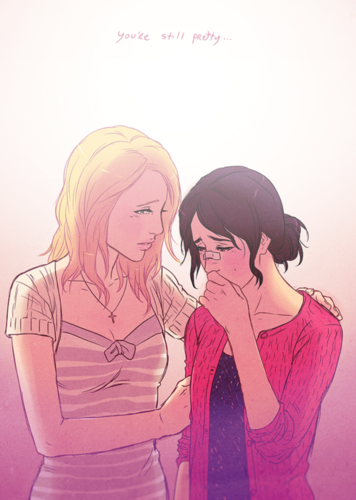 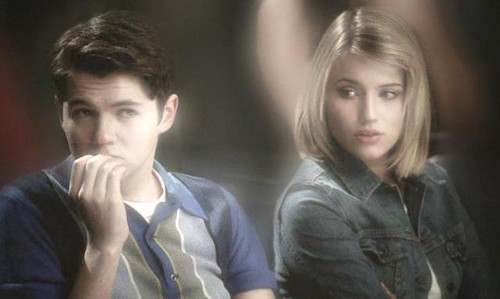