2. What did you first think of Glee when you watched it?
Funny story that is I missed every single episode up to preggers I think? In aussie its on every Thursday night and me and my friend are like we have to watch it, but than we kept forgetting and missed the episodes, than I actually finally watched an episode and was like WTF? This is stupid LMAO. I'm a bad gleek :P But I thought it was rushed and stuff… than I decided to give it one last try when I was bored once, and I watched like 3 episodes and was like I need more asap! I love glee and regret saying its shit when really its epic shit!!

3. How has your favorite characters and/or pairings changed since you watched the Pilot to where they are now?

Finn hasn't changed much... Quinn's no longer a bitch

My favorite character is Finn, and he hasn’t changed much, his still awesome, and slow, fun, yet sweet and caring. Quinn is also my favorite and she’s changed, she’s no longer a big bitch, I like her being a little bitchy, it gives her that edge.

4. What's your favorite part about Glee's awesomeness?
I don’t really know truthfully, it makes me happy, like I could re-watch glee over and over again and never get sick of it, I know that if I'm like really sad, I can count on glee LOL. The characters are unique and not you’re usual type of TV characters, + the songs they sing give glee that awesomeness too, without the songs, it would be average, with the songs, its beyond average.

5. If you could change one thing about one episode, what would it be?
The way EVERYTHING happens in just one episode, its like rushed in a way, EG – PR, like seriously that all happened in one episode? I wish they would have least happened in two episodes or something, also how in one episode something happens, the next they don’t even mention it, EG – Will finding out about Terri and Quinn, yet not speaking to Quinn about it, or even mentioning anything to do with that situation? It was like it never happened. *Opps I think that’s more than one thing* [Lulz, no probs! :P]

6. What would happen in your dream Glee episode?

show us how baby Quick was formed

I would make a guest appearance and sex Finn&Puck up. KIDDDING!! :P Kinda LMAO. No seriously the episode would go in the past and show us how baby Quick was formed. I actually hope that happens, it would be great to see it all, imagine how funny it would be. Also In the episode it would show like Rachel always spying on Finn and Finn just being adorably dopey.

7. Which minor character would you most like to see have a centric episode in back 9?
When you say minor you mean like Kurt, Tina etc right? [pretty much :)] I would like to see more of Artie, he's so funny, and his got those one liners that crack me up, Artie ftw!

Only R/P/Q pic I could find, lol :P Dream duet? Rachel&Puck and Puck&Quinn
9. Is there anything on Glee you DON'T like?
Relate back to Q5 lol Like I said, I hate that it’s rushed, but other than that its perfect!

10. How do you think Will&Emma's relationship will progress in the back 9 episodes (not necessarily how you want it too)?
I think it will be awkward, but that is Will and Emma together, awkward and funny and full of chemistry, I think Emma might ignore Will for a few days cause of the kiss and all but they would re-start the friendship and love-ship, yay.

I think it will be awkward, but that is Will and Emma together, awkward and funny and full of chemistry

11. Favorites -
Character – Finn & Quinn
Episode – 1x13
Song – HARD MUCH? My life would suck without you + true colours :p sorry had two!
Moment – 1x04, football dance
Cast Couple – Lea and Mark =D
Cast Member – Dianna Aargon
Quote (romantic, drama) – My baby Momma gonna get it all.
Quote (funny) – Rachel was a hot Jew and the good Lord wanted me to get into her pants.

Emma or Rachel – Both annoy me, but Rachel
Finn or Will - Finn!
Acafellas or Vocal Adrenaline - Acafellas
Sue or Kurt - Kurt
Puck comes back to Glee&& Puckleberry hug or Quick "live music video" – Aww, Quick music video lol
Tina or Brittany - Brittany
Lean On Me or Imagine – Fk, hard again. Lean on me though
Sweet Caroline or Taking Chances – Sweet Caroline!
Jacob or Howard – Howard?

14. Describe performance in one word -

Don't Stop Believin' – Where it begins
You're Having My Baby - Honesty
Proud Mary - energetic
Endless Love - LMAO
Push It – Sexually awkward (I know its two words, but seriously I liked it, but it was awkward at the same time lol)

16. Glee males or females? Why?
I’ll go with the dudes, cause of Finn I like to watch him and stuff, but I like both equally!

17. What do you think of slash couples on Glee? Any in particular you like? Ummmm LOL I once watched this video everything you want – Finn/Puck/Kurt and I was thinking wow 3some FTW! But idk im not into Finn/Kurt.. sorry Cat :P [Lol I don't mind. I don't think they'll ever get any action anyway, I'll deal =P] I wouldn’t mind Puck/Finn, it wouldn’t be so bad… truthfully I don’t really think about them a lot unless I see a random icon of the slashes and I just lol.

18. Last words, Mon?
THANK YOU GUYS FOR VOTING MEE!! I love all gleeks and I'm so glad glee started because it brought out amazing fans! Also glee in April (my birthday YAYAY) its not far away just keep watching re-runs and learning the words and GLEEEING FOR LIFE!!! ♥ 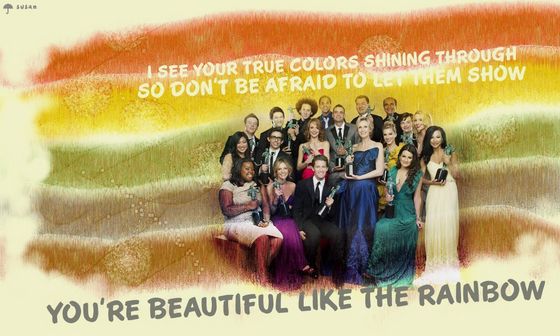 just keep watching re-runs and learning the words and GLEEEING FOR LIFE!!! ♥

...had to add some Puckleberry. For good luck. Mon doesn't mind, right?
kathyism, Taylor122 and 27 others like this
spikes_girl I know it's not nearly as pretty as the one Mon made for me, but I spent a long time on it and I am a tad proud =P Love your answers Mon!! I had was so much reading them. xD Oh, and if anybody comes up with a better bottom wallpaper, let me know. I'm not very satisfied with this one.
ajhalecullen Congratulations Mon!!! =] You deserve it =]
courtney7488 Congrats, Mon! Great interview!
iLoveChair WOW amazing! I love these interviews :D Congrats Mon and Cat <3
monLOVEbrucas Thank you Cat! AND THIS IS PERFECCTTT <33 I love the layout and the questions you asked!! And of course i dont mind the PR xP and Thank you guys!!!!!! p.s I LOVE THE ICONS U CHOSE <33
brattynemz Sweet! Congrats Mon! PS. I still hate you for being a halfie or whatever! HMP!
monLOVEbrucas LMAO Ty Nem <33 Im sorry! I cant control it, and btw whats HMP?
Annaoth Awesome interview! :) Loved the answers, Mon! and great icon choices, Cat :D
monLOVEbrucas TY Annaa!!! <3
girly_girl Amazing interview! Congrats to Mon!
sophialover FUCKING GREAT bb<3 Loved it♥
Kaidi This is some epic stuff! ;) Absolutely enjoyed every nanosecond of it ;) Fantastic job guys!!! ♥
monLOVEbrucas Thank you Rachel, Mary and Kaidii!!! <3
cutie1999 Congrats Will!
2
Of City Affairs and Honest To-God True Love - Ch. 7
posted by spikes_girl
Pairing(s), Characters: Rachel/Puck, Glee club
Summary: Rachel finds herself slowly feeling for Puck again while in a relationship with Finn. Yeah, I know, fabulous summary... xD
Disclaimer: I do not own Glee or any of the characters. I do have my own little Puck-bot hidden in my closet though...

Rachel awkwardly climbed into the backseat of Mike's minivan, taking her seat on the other side of Quinn. The whole of the ride was uncomfortable, and for the most part, silent. Quinn, like Rachel had the ride to, attempted to stir up conversation between the three but failed most miserably, and...
continue reading...
2
Of City Affairs and Honest To-God True Love - Ch. 1
posted by spikes_girl
Pairing(s), Characters: Rachel/Puck, Rachel/Finn, Will, Kurt, Mercedes, Tina
Summary: Rachel finds herself slowly feeling for Puck again while in a relationship with Finn. Yeah, I know, fabulous summary... xD
Disclaimer: I do not own Glee or any of the characters. I do have my own little Puck-bot hidden in my closet though...

"We weren't friends before." The words stung at Rachel like jabs of a needle-- and being a terrible sewer, with quite a few ice white scars on her small fingers to prove it, Rachel knew what being picked with a needle felt like. Especially when it actually punctured...
continue reading... 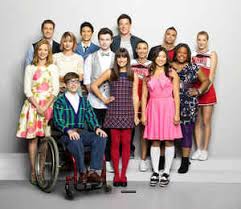 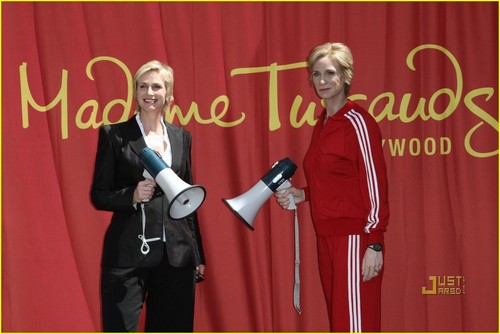 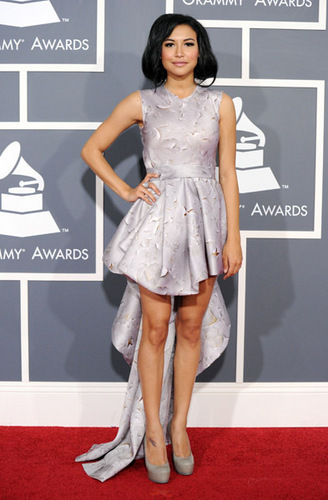 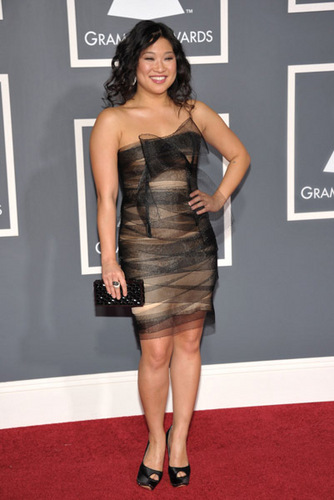 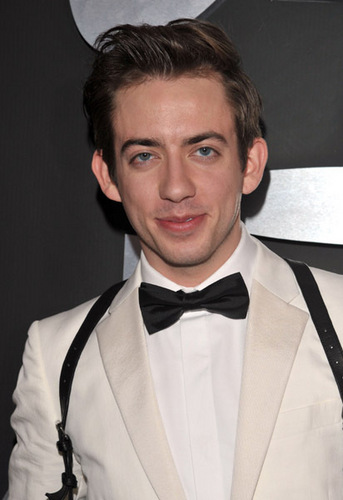 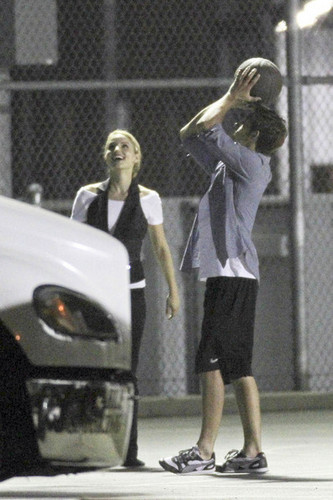 Dianna on set {With her new BF?!}
added by girly_girl
Source: zimbio.com 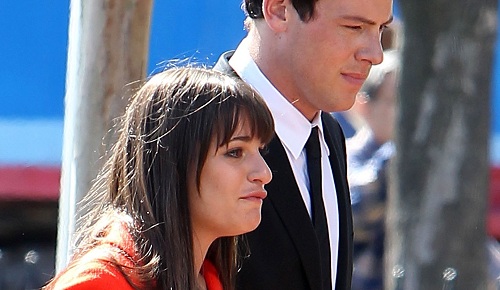 2
On set of Glee filming Goodbye episode
added by SBTA81 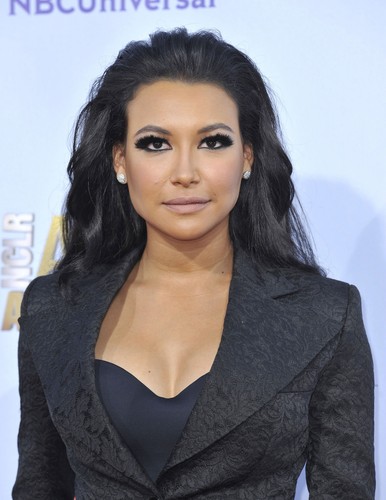 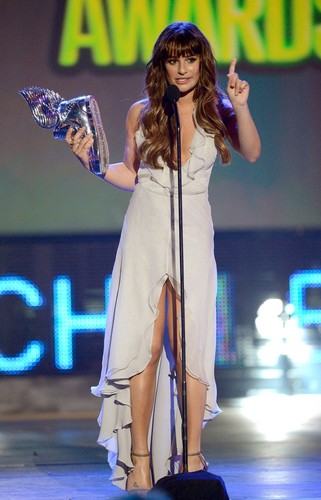 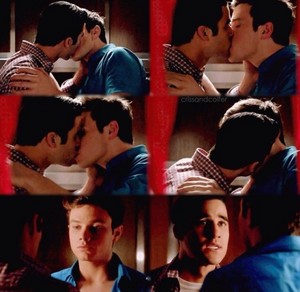 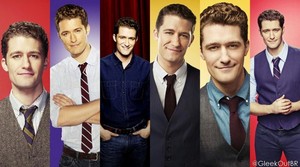 Will
added by Blacklillium

You are perfect to me... SL
added by oth-rocks
TaylorStewartt
video
glee
santana