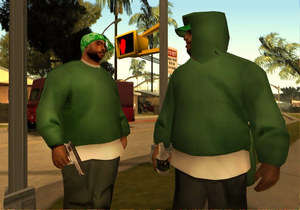 There Is A Lot Gangs On Each State And GTA Series. Now I'm Gonna Show You Gang Member On GTA San Andreas Here It Is The List Of Gangs:

Even They Wear Same Color And Everything That They Contain Is Same As The Other Groups, It's Doesn't Means That They Were Allies, They Have They Own Hood, And They Own Destination.

The Ballas are one of the major criminal organizations in Los Santos. A street gang that have been around since the 1970's. They are involved in drug dealing, gang bashing, prostitution, arms dealing, vandalism and degeneracy. Sworn enemy of all families' sets, especially Orange Grove Street. Origins shrouded in mystery. Heavily involved in cocaine trade. Thought to be developing ties with Mexican (drugs) and Russian (weapons) mobs. The Ballas are famous for wearing the colour purple which is supposed to be a sign of respect on the streets. Ballas ComeIn 2 Groups:

1. Front Yard Ballas
2. Rollin Height Ballas
The Front Yard Ballas are Los Santos' most nutorious drug dealers, and Grove Street's biggest rivals. The Rollin Height Ballas act as backup and control only the tiny area of Glen Park, although they are said to be expanding south, into Idlewood. The Ballas are battling with rivals (Vagos & the Grove Street Families) to control East Los Santos.

A latin street gang in Little Mexico, distinctly recognised by their turquoise outfits. They have a major rivalry with the Los Santos Vagos. Heavily involved in gun running and street violence, but slowly diminishing. The Varios Los Aztecas are traditionally anti-narcotics. Gang veterans include Cesar Vialpando, Sunny, Gal and Hazer. This Is Cesar Vialpando, Main Gang, Even Cesar Is Carl Johnson Friend And The Grove Street, And Vario Los Atecas Know It, They Were Still Life In Different Hood And Unfriendly, So Watch Yo Self!

The Vagos sport yellow outfits, and occupy a majority of North and East Los Santos, namely Las Colinas and Los Flores. This hispanic gang are sworn enemies of the Varios Los Aztecas, and attack in large numbers. Heavily involved in drug trade. The Vagos have a major involvment in Big Smoke's crack business. They Were Very Sensitive Gang They Can Make Surprise Attack On You Very Silently.

This hispanic street gang control areas of Garcia, San Fierro. They are believed to have become a major hub in the international drugs trade - possible involvment in the cocaine trade. They have a dislike towards mexican gangs in Los Santos. T-Bone Mendez is involved with the Rifa. They Have Sharp Eyes

6. The Triads
Location (Main Base): Chinatown

A San Fierro based gang helped along by Wu Zi Mu, a blind gentlemen, and led by Ran Fa Li. The Triads operate the Four Dragons Casino in Las Venturas, but their main place of work is Chinatown. There are two sets of Triads--the Mountain Cloud Boys, operated by Woozie, and the Red Gecko Tong, led by Ran Fa Li. The Triads are currently having problems with a vietnamese street gang known as Da Nang Boys. Just Like Vario Los Aztecas Info: Woozie May Be Your Friend But Different Hood Are Unfriendly!

The Da Nang Boys are a vietnamese street gang based in San Fierro, preparing a full move to the United States. They control the dockland/bay area in Easter Basin - often causing disturbance. Currently at war with local Triad gangs. Extremely violent, major interests in protection.

8. The Mafia
Location (Main Base): Bayside

3 Liberty City based mob families operate in Venturas, and each of them have a stake in Caligula's Casino. The Sindacco Family want to do business with the Leone's, and this involves Salvatore pledging 5 million dollars to the Sindaccos. Both gangs argue over who should run the casino, and so Ken Rosenberg (once working with the Forelli's down in Vice) is put forward as a neutral party. Ken is in the middle of the 3 mob families, so if one attacks the other, Ken will most likely be the target. The Sindaccos are represented by Johnny, and the Forelli's continue causing trouble for the Leone's. The Triads have opened a new casino at the opposite end of The Strip, which will likely feature as competition for Caligula's. 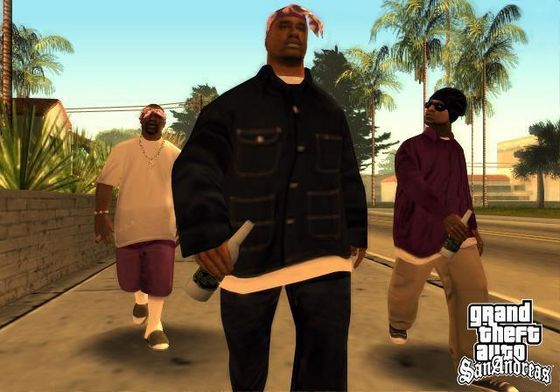 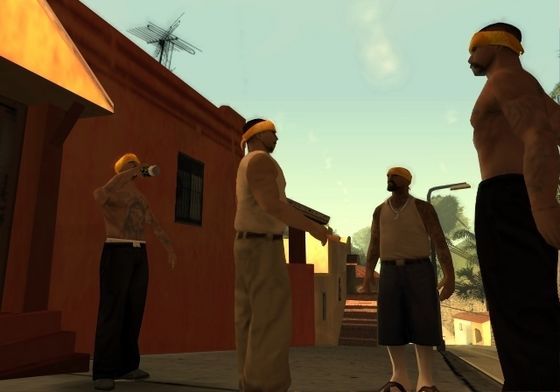 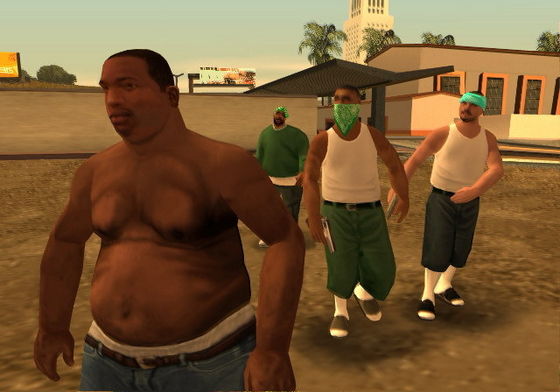 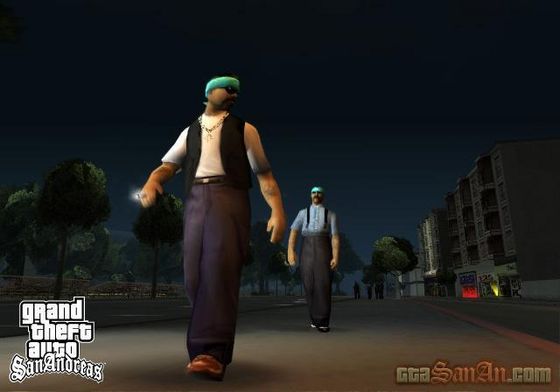 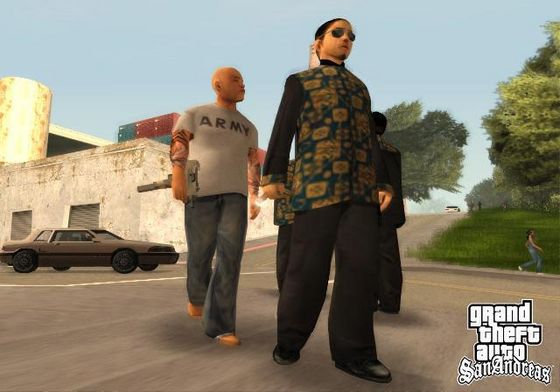 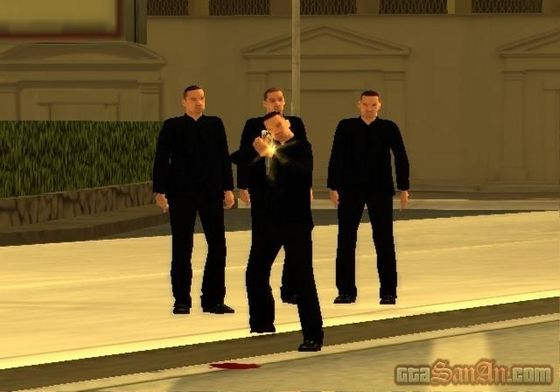 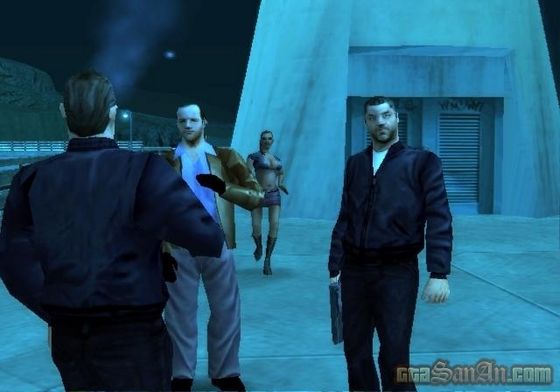 The Mafia
PandoriumPanda, Thundy-R and 1 other like this
PurpleEagle This article would've been better if the words weren't all capitalized. 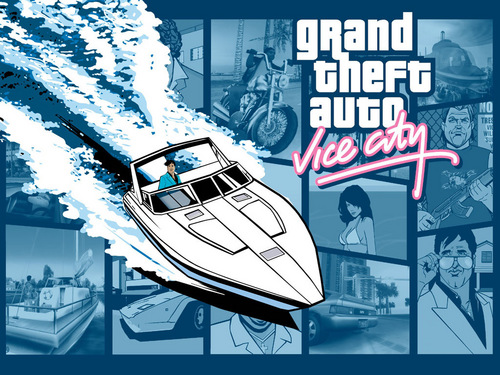 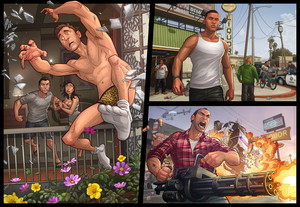 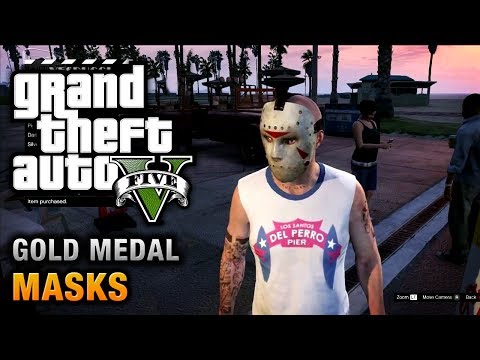 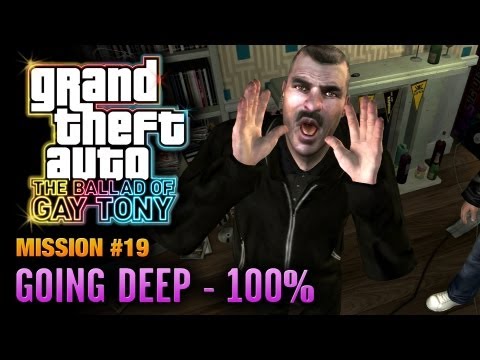 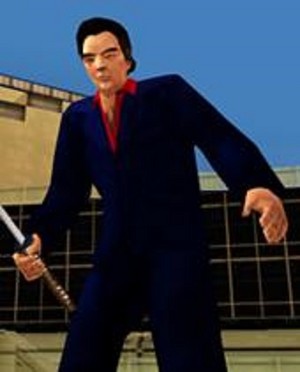 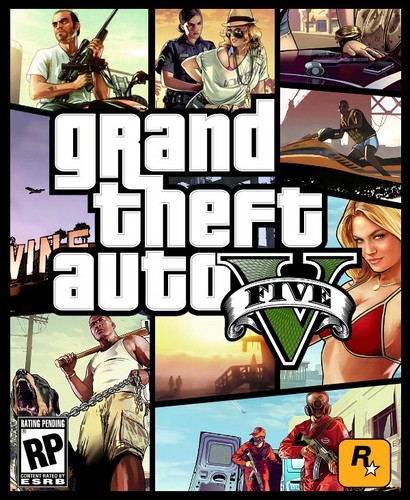 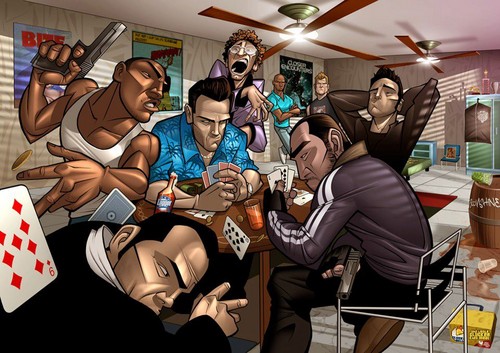 When You Start Mission ''A Home In The Hills" You Will Back To Los Santos, And Help Madd Dog Taking Back He's Crib, Once You Done, Start The Next Mission Until You Meet And Take Sweet Back To Hood From Police Prison On Pershing Square. Then You Must Take Over Back Your Hood, Once Done, You Can Start Gang War, Just Like When You Take Over Glen Park, Keep Start And Finish Missions Until Mission Los Deperados, Once You Done, You Must Take Over At Least 50% Gang Territories Before You Can Start Final Mission: "End Of The...
continue reading... 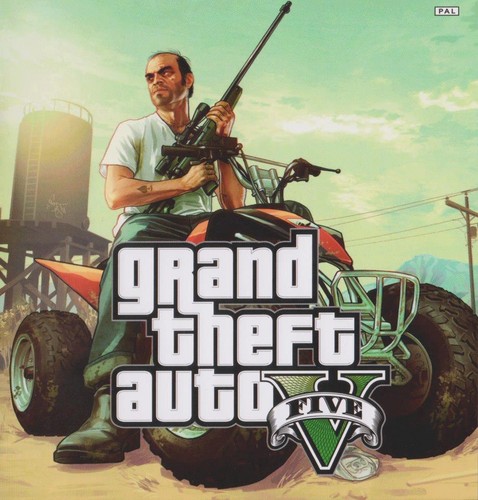 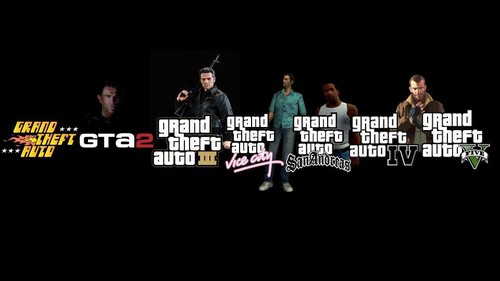 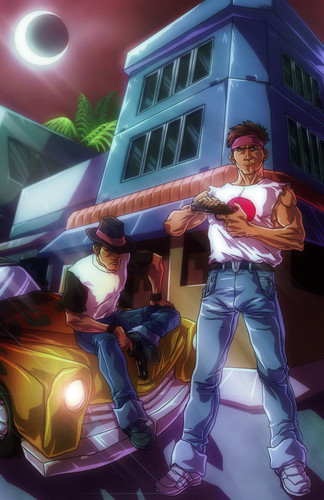 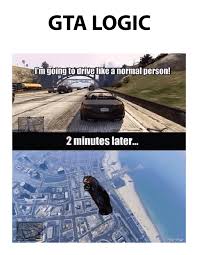 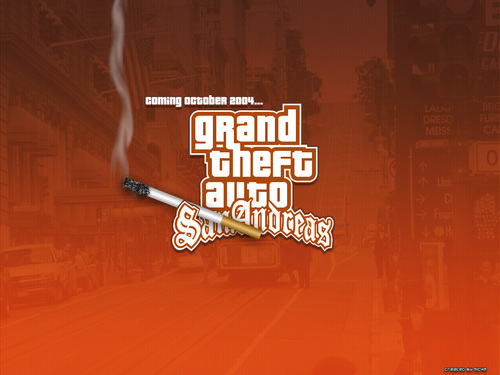 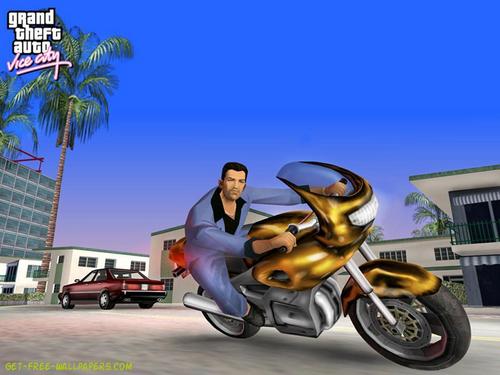 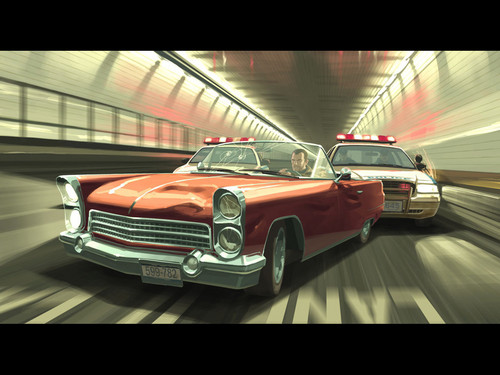 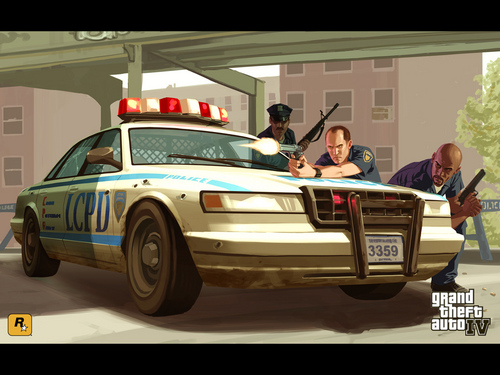 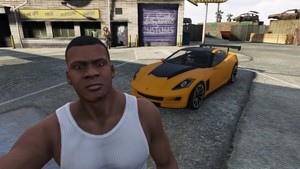 1
Some GTA 5 Screenshots from me
added by Mollymolata 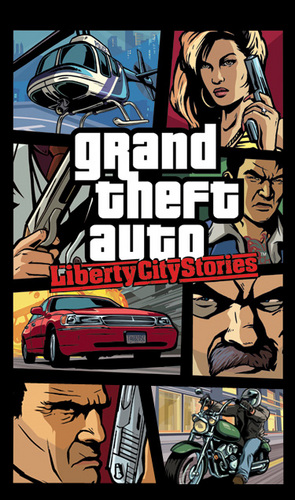 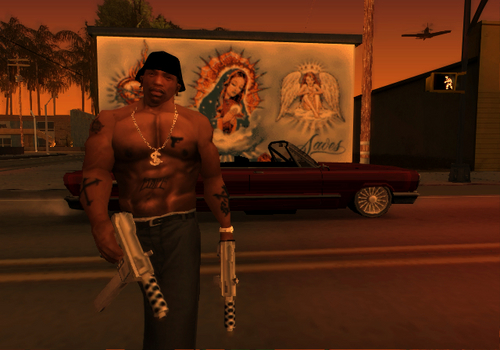