Something Terrible - A New StarClan Member!
posted by orkneymatrix
Something was coming. Tigerstar could sense it. He had already lost eight lives. Some leader. And he was risking his last...With greencough. Not like his sister, or mother, who had been leaders before him. His mother Grassstar had saved her Clan from a badger, losing her last life in the process. His sister Crowstar had lost her's to a rogue when she was, like Grassstar, saving the Clan. And he just got ill. Perfect.
There was a rough coughing beside him. Ugh. He had to share the greencough den with Moleclaw, an incredibly annoying cat from a different Clan. How unfortunate they were, never mind him.
He knew he only had seconds left. He could feel the life slipping out of his body; he was losing his last life. It wasn't long before he saw something he knew he shouldn't be seeing. His sister.
"Crowstar?" he croaked. He hadn't used his voice in so long, so, added to the coughing, it was very rusty.
"Come on, Tigerstar. It's time." she told him.
Feeling strength again, he leaped to his feet to follow her. But this was bad. This meant the thing he had been dreading.
He was in StarClan.
He was dead.
Grassclan had lost its leader.
He just hoped Angelwing would be as good as he had thought.
whitefur he's dead?!

1
Scourge
added by Dovefeather
This is about scourge! Actually, he's my favourite cat in the warriors series...sorry if everybody else hates him!
video
Angelstar's Grief
posted by orkneymatrix
As Angelstar admired her five young kits, something dawned on her. Age. These would be her last kits, she realised, with a slight twinge of horror. These were her Clan's future - and hers.
Heatherkit coughed.
Snowkit shuddered.
Greenkit sneezed.
Bluekit mewed pitifully.
Only Birchkit seemed well, prancing around her mother's den, not caring about her siblings' condition.
Angelstar knew the symptoms. She knew the end only too well. She had lost one of her lives to greencough. And now she was about to lose four of her children the same way.
It was horrific.
"Bluepaw!" she yelled, needing the help of...
continue reading... 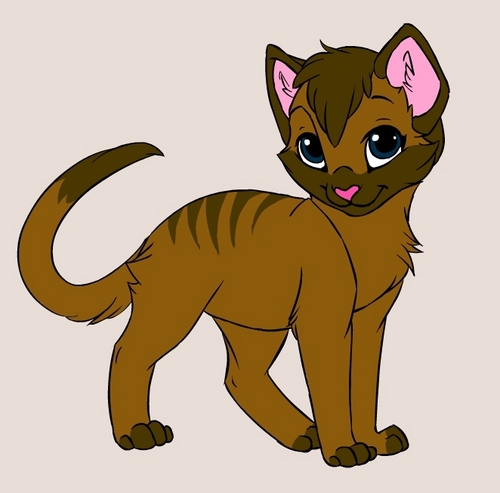 A patrol of four Grassclan cats padded along the boundary with Spiritclan. Darkstripe was at the head of the patrol and suddenly stopped to smell the air. "What's that scent, Darkstripe? I don't recognize it." spoke Flowerpaw.
"I don't recognize it." growled Darkstripe as he followed the trail. Flowerpaw, Brackenfoot and Krestelheart followed.
Then Darkstripe spoke. "Stop. Krestelheart and I shall go further. Brackenfoot, you and Flowerpaw wait here." then him and Krestelheart moved on.
The two cats stopped dead in their trail when they saw another Grassclan body lying dead right in front of them,...
continue reading...
Gingerheart Tells The Truth To Rosepaw
posted by orkneymatrix
"Why do I have to go to the Moonstone?" asked Rosepaw. She was obviously tired.
"You have to. Grassstar's on her last life so you might be medicine cat when she dies. Then, you must travel there with the new leader, and you have to lead. You have to know the way, Rosepaw." replied Waterlily. They'd just left the camp and were heading to the Moonstone.
Rosepaw sighed. She just wanted to sleep.

It was later in the day when they reached the Moonstone. Waterlily went under to the Moonstone, whilst Rosepaw kept watch from a boulder.