1
The love machine (My idea for a new gravity falls episode)
posted by koalagirl9
ok so this is my idea for a episode of Gravity falls. I only have a main idea and no side story but lets see how it goes.

*Grunkle Stan is seen installing something*
Dipper:Ugh what kind of money stealing trap are you installing now.
Stan: Its a machine that tells you who you're going to marry.You just add a dollar pull the switch and then it tells you who you will marry.
Dipper:Cool maybe this will tell me if i am going to marry Wendy. *does all that stuff Stan just explained*
Oh my gosh it does it says Wendy cool. I have got to show her this. When she sees we are made for each other she'll have to date me.
*Runs to go get Wendy*
--
Dipper:Hey Wendy you have go to try this new game at the shack.
Wendy: you actually want me to try that rip of.
Dipper:Umm yes
*pulls her over*
Wendy:Ok *inserts dollar and pulls lever* It says i am gonna marry some guy named Elbert
Dipper:What?
--
Well thats all i have tell me what you think NERD OUT
DivaChipette1 likes this
Thern looking good so far. might want to add a little bit more to make it more of an episode length.
knjohnson1127 Laughing so hard right now. Great job.
knjohnson1127 I suggested that you add something after that. Likd maybe Dipper tries to get the machine to tell Wendy that she is going to marry him. This maybe better as a short than an episode. 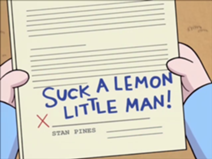 contract
added by lovebitesmaggie
1
What if......
posted by Numbuh161
What if someone did a Crossover with Gravity Falls and MLP FiM! XD oh man, i can see Mabel riding Rainbowdash. XD LOL. oh and Pinkie pie playing with Mabel the whole day, that'd be so funnny! They'd find how much they are alike.... anyway. I wonder what Dipper's reaction would be. =P
Who knows, maybe someone is making a crossover like that right now... =3

P.S. i don't think Rainbowdash will be too 'fond' of Mabel riding on her back. XD maybe not fond enough to keep Mabel on, maybe she'd buck her off. XD who knows.... o_O 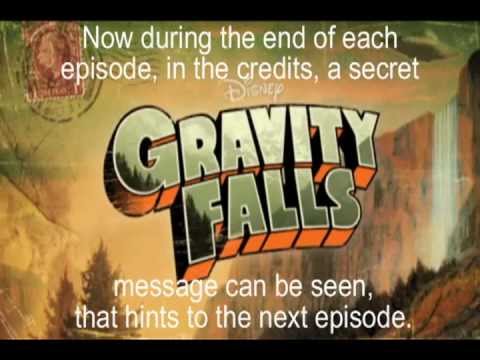 3
Watch this~~ :L
added by izzah25
This is actually really cool. .w.
video

The main character, Kiki Mylls, has just moved to Gravity Falls from Detroit, MI because her parents split up and her father sent her to stay with her cousin Seuss. But Kiki feels trapped in Gravity Falls, because, as a budding graffiti artist, she needs to work at it as much as she can, and there aren't that many clear walls there. Then she meets Mable and Dipper, and she doesn't feel as isolated. But at first, Dipper thought she was a vampire and dumped a bucket of Holy Water on her. A little while later, she purchases a strange amulet, and begins have horrible nightmares.What could this mean?

Funny Moment
added by lovebitesmaggie
1
GravityQuest
posted by sparkles3
June, 2013
“Dipper, could you get the mail?” Mrs. Pines called from the kitchen. He put the short story he was writing down on the coffee table and went outside. The black mailbox at the front of the yard had some papers sticking out of it.

He emptied the mailbox and looked through the contents as he walked inside. An envelope caught his eye, as it was addressed to him. The return address was from somewhere in Michigan. He slipped it into his pocket, to read later. The next letter was from the same place, but for Mabel.

He went back inside and gave his mom the mail that wasn’t for him and...
continue reading...

On ''The Land Before Swine'' episode I realized Soos said ''trust me''. Remember when Mabel asked Dipper to trust her on marrying the gnomes. I have theory that this is what the series is about. Dipper and Mabel will have to trust people but, I think they will end up being too trusting and then something bad will happen. For instance the code in the book 3: Stan is not what he seems. Also on book 3 it says ''Trust no one''. They might be to trusting with people maybe even Gruncle Stan because in ''The Land Before Swine'' Mabel trusted Stan with Waddles but, he ended up putting Waddles outside when Mabel made that clear she didn't want Waddles to go outside and it ended up in to a whole episode to find Waddles. In fact they could have named the episode: Finding Waddles. That's what I think of Gravity Falls trust. What do you think of GF trust, please comment below with your opinions. 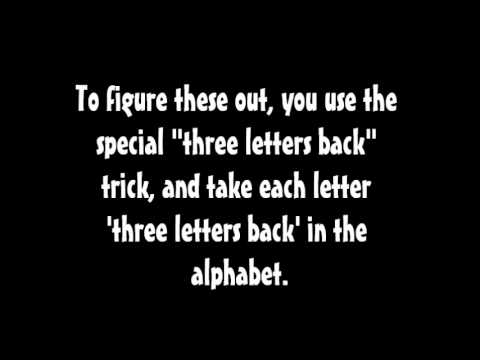 Gravity Falls 8-Bit
added by lovebitesmaggie
1
dipper is mine a poem
posted by benjack
dipper is mine
i love dipper pine
dipper comes in your souls
and then back. he makes big,big hearts in my eyes.
Dipper is so cute as sweet as a fruit,he entertains people from America to France by doing his famous lamby lamby
dance. he dances like a lamb
he may eat ham. I love him no matter what,even when he was possessed. So when you think of dipper pine,don't gush over him because hes mine. But if you claim about that dipper is yours, I'll put you to 1978. So I'll continue to
kiss his picture so soft,and you will sit and think about claiming over dipper again!
More Cards
1234567891011