15
God of the Sun: Helios or Apollo?
posted by Juaniallermann2 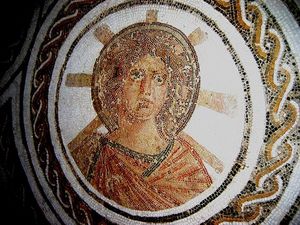 Solar Apollo with Helio's halo
“Helios” is just the Greek word for sun. He was also worshipped as a god by the Greek, especially in Rhodes. He is connected with horses and chariots and sometimes with cattle. He is usually called the son of the Titans Hyperion and Theia or Euryphaesssa. Prominent children ascribed to him are Phaeton, King Aeetes of Colchis, and Circe.

“Apollo” (when we first see him in Homer and other early sources) is a god of archery, hunting, prophecy, lyre-music, and dancing. He is also god of cattle-herding and plague. He is never connected with the sun. And this stays almost entirely true in mythological texts until they end. How could a sun god sbe banished to earth for a year to serve as a cattle-herder at Troy and again in the sevice of King Admetus. Are we to imagine the sky without a sun for two years? Apollo is normally the son of Zeus by Leto. Prominent children ascribed to him are Trophonius, Amphiaraus, and Asclepius.

However in Greek religious belief (as opposed to mythological tradition) Apollo was increasingly connected or identified with the sun. Dionysos was also sometimes connected with the sun. Even Zeus was sometimes connected with the sun. But remember, by this time all educated people thought that the physical sun was a ball of fire that orbited a spherical earth, not a humanoid god in a chariot who rose every day from the east, descended in the west, and then sailed in a cup back to the east, as found in traditional mythology. Philosophers usually claimed to know nothing about the perfect gods, and the gods of tradition were explained as either famous mortals of early days who had been imagine as gods or were explained as daimons, that is a sort of lesser divine being, or were explained allegorically: Zeus was the sky, Hera was air, Hephaistos was fire, and so forth. Apollo usually ended up as the light or the sun. 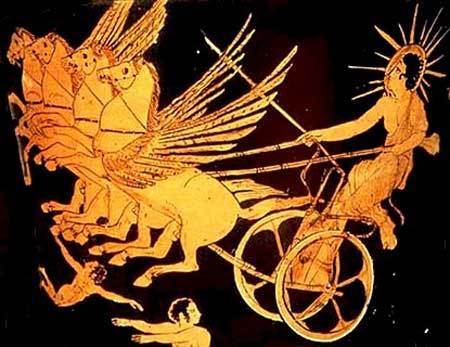 Everyday, Helios rides the chariot of the sun, to give light and heat to the world.

In Roman tradition, Helios was simply translated by the Latin word “Sol” meaning “Sun”. But this Sol was also sometimes called Phoebus, a Greek word meaning “Shining” which was also a traditional name for Apollo. Yet there is still no confusion. In Ovid’s “Metamorphoses' for example it is quite clear when Ovid is speaking about Phoebus the sun and when he is speaking about Phoebus Apollo. They are never identified with one another.

In classic Latin verse it was customary to refer to the sun as Phoebus in his car or chariot. Late medieval poets used the same trope. They seem, at least so far as I can tell, to know they are talking about Phoebus the sun-god, and not Phoebus Apollo. But one can’t always be sure, especially when ancient religious texts which connected Apollo with the sun were also common knowledge.

Despite this, the identification of Phoebus the sun god with Phoebus Apollo had become standard in Victorian times. One finds it in Bullfinch’s “Mythology” and in the story of “The Pomegranate Seeds” in Nathaniel Hawthornes’ “Tanglewood Tales”.

It also occurs iwrongly n some modern books, none of which ever provides a single passage in any mythological text which equates the chariot driving Helios of Rhodes, son of Hyperion and Theia with Apollo son of Zeus and Leto. Because no such passages are rare. I know of only two: one mention in a fragment of Euripides’ “Phaethon”, a play in which the speaker is actually named as Helios. This is the earliest example of a religious connection between sun god and Apollo. There is also a tradition found once that the legendary Orpheus claimed the sun as chief god and called him Apollo. But this is not confirmed in surviving Orphic documents. 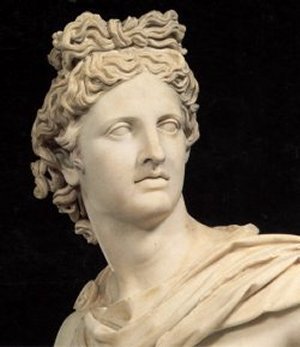 Apollo is likely to be a reflex of an earlier archer god, cognate with the Hindu Rudra (now usually known as Shiva), the Semitic Reshpu/Reshep, and the Norse god Ullr. Shiva is an archer god like Apollo, and a god of buffalo, which fits with Apollo's connection with cattle. Shiva remains a hunter while Apollo is more connected with herding. While Apollo remains connected only with lyre music and dancing to the lyre (that is with stringed instruments related to the bow), Shive has taken over all music, including especially flute music to which Apollo remains hostile. Shiva, as the crescent moon on his forehead indicates, is connected to the moon. Apollo has become increasingly solar. He might have earlier been a lunar god.

Both Apollo and Shiva are connected to hidden knowledge. In the case of Apollo this comes out a prophesy and a few statements like “Nothing in excess”. Shiva on the contrary seems to believe that everything should be in excess, including asceticism.

When Sol Invictus was, for a short time, made the head of the Roman pantheon, he seems not to have been particularly identified with Apollo.

Similarly Greek Artemis and Latin Diana had in mythological texts no connection to the moon goddes called by the Geek Selene and by the Roman Luna. It was Selene/Luna who continually embraced the sleeping shepherd Endymion, not Artemis/Diana. 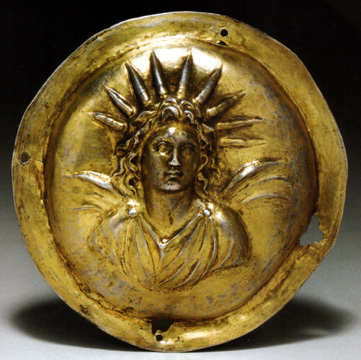 A golden image of Helios
Zklda, josielizandro and 13 others like this
Catnip_thingy that is so right! apollo has nothing to do with the sun
Juaniallermann2 thanks
mitch777 helios from the start
mercuriel that helps but now i feel like an idiot
TDI100 wait im still confused because artimes(the eternal maiden) was the goddes of hunting and the moon so were dose that put apollo
artemis2apollo i think apollo is related to the sun since hes a decndent of pheobes
Seastar4374 They keep on switching the sun god with Apollo and Helios. It's so frekean ridiculus but I think its Apollo. His twin sister Artemis is the hunting and moon godess. So why isn't Apollo the origional Sun God?
Helije Selene is goddess of Moon and her brother Helios is god of Sun. Artemis and Apollo have nothing to do with it
TavenNVM Exactly, Selene was moon, Helios was Sun. Apollo and Artemis were totally different. Sometime in history it was changed by someone and that is why today we think Apollo and the first thing that comes in our minds is "Sun" Which is incorrect.
athena07demigod selene and helios are titans, apollo is the god of sun or i think apollo just drives the sun around
Helije Titans are race of gods, so Selene and Helios are gods.
Odssey Apollo and artemis Replaced helios and selene as the sun and moon gods and if yo got it from god of war that one dosent make any sense to me either
MyNameIsAustin Originally Helios, now its Apollo. Helios must've got fired when Paethon crashed the chariot.
MyNameIsAustin What i am trying to say is Selene and Helios are titans, after the gods won the war Apollo took Helios' position and Artemis took Selene's
Helije not true
Andreane Helios is the God of the Son for the Romans, and Apollo for the Greeks...it's by what they believe...!
TTT3 well..... it's a beleivable argument, but both of them could be gods of the Sun. Apollo is an Olympian, Helios is a Titan. just as you would'nt say poseidon is not god of the sea because Oceanus is, the existance of Luna and Helios does not mean Artemis and Apollo are not dieties of the sun and moon.
TTT3 actually, it might also be that Helios embodies the sun itself and Apollo is the one who drives it. or vice versa, but that's unlikely.
theGreekGeek helios was the first sun god and i guess apollo took his place or sumtin
Griffo By Hellenistic times Apollo had become closely connected with the Sun in cult. His epithet Phoebus, Phoibos "shining", drawn from Helios, was later also applied by Latin poets to the sun-god Sol. Either way we look at it today, Apollo is known as a sun god. It's typical human trait to render the first the original when we simply forget that evolution of the gods had developed over time. It is possible that the evolution of Apollo came from the Egyptian god Atum and Helios from Ra. And that Apollo then, when Christianity arrived that the image of Apollo was replaced by the image of the christian god and furthermore with the archangel Michael.
leevan1207 Actually, I read that Helios was the sun god but the romans just put Apollo as the sun god. Similar to Artemis and Selene. The romans put Artemis as the Moon goddess and remove Selene. It is said Helios faded. In a myth, Demeter is told by Hecate to ask the sun god Helios "the all-seeing", for help to look for Persephone.
ThaliaGrace15 Helios was the sun god and Selene was the moon but as people start to believe other gods are something else, they become that and the other god burns out, Apollo was thought of as the sun, he became the sun, Apollo, his twin sister, was thought of as the moon so she became the moon.
awesome5419 O.K. so first off,Technically Helios WAS the god of the sun,and i cant remember who was goddess of the moon.Then Helios went and did something(its been a while since i had to write a 10 page essay on Greek mythology in college so please forgive me) to upset Zeus. As punishment Zeus made Helios and whoever was goddess of the moon give up their powers. Zeus then renamed Apollo god of the sun and Artemis goddess of the moon. so yeah technically Helios was the original,but his reign didn't last long. But i could be wrong,i mean i only studied it for about 7 years.Also anybody who reads any Percy Jackson book knows this. 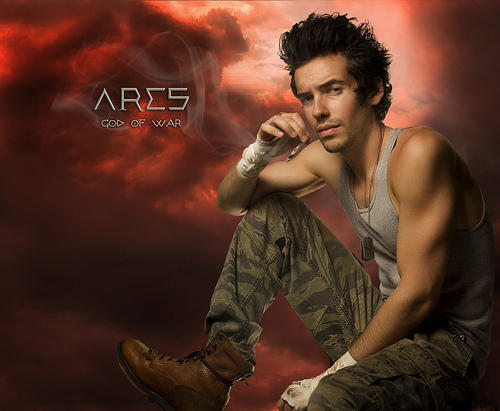 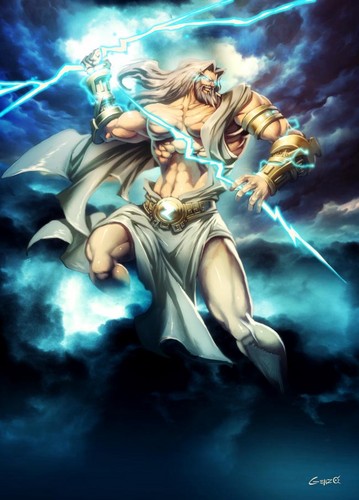 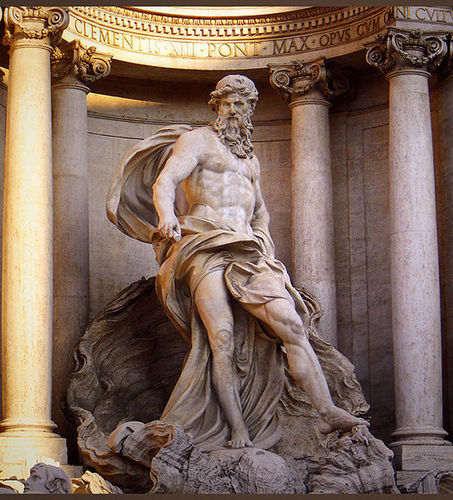 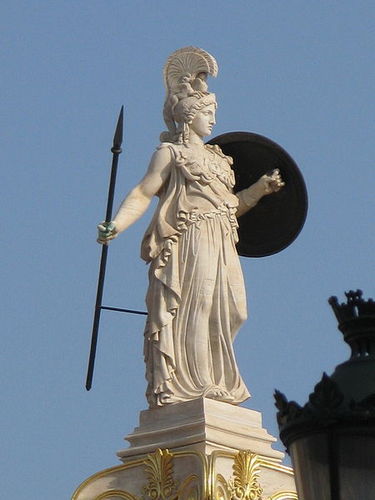 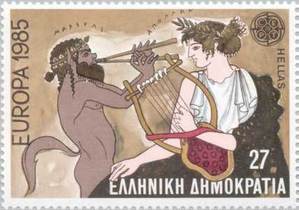 
This happy fellow had the misfortune to be an excellent musician - a realm Apollo considered his own - and where he would brook no rivalry. Hearing the satyr praised too often, Apollo invited him to a contest. The winner was to choose a penalty to which the loser would have to submit, and the Muses were to judge. So Marsyas played his flute and Apollo played his lyre. They played exquisitely; the Muses could not choose between them. Then Apollo shouted, "Now you must turn your instrument upside down, and play and sing at the same time....
continue reading... 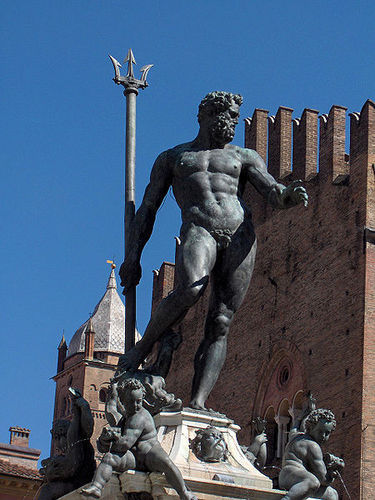 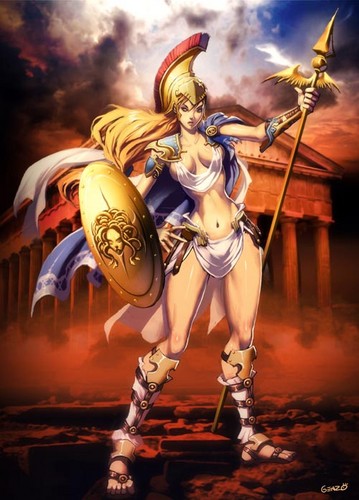 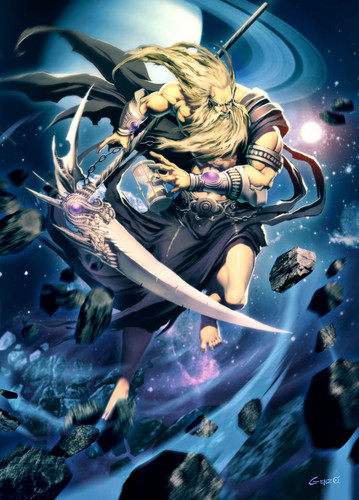 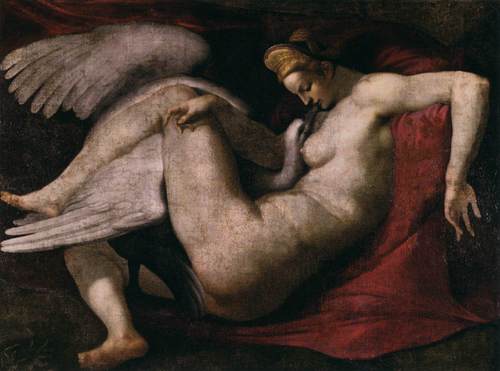 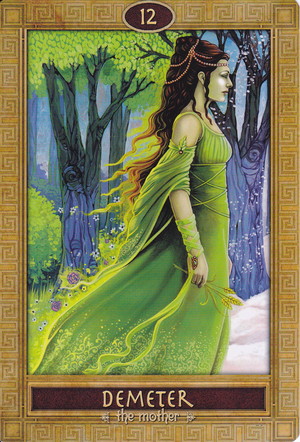 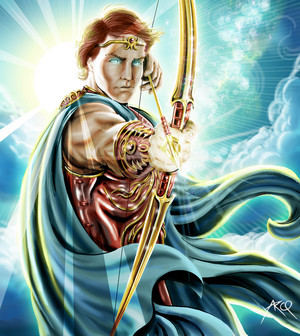 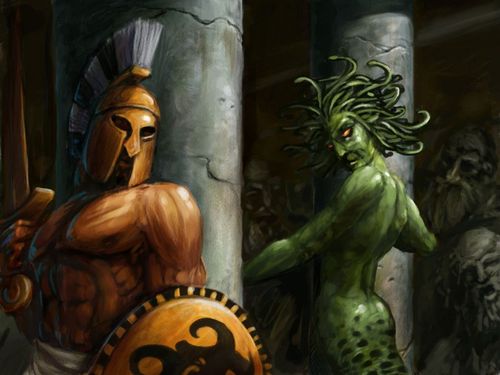 12
Perseus and Medusa
added by Juaniallermann2 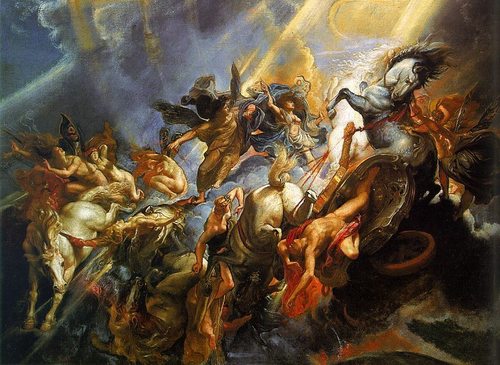 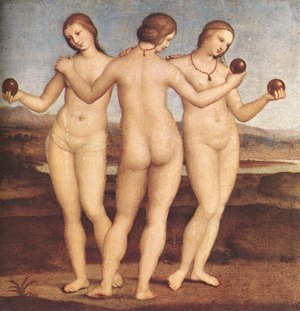 3
The Three Graces
added by Juaniallermann2 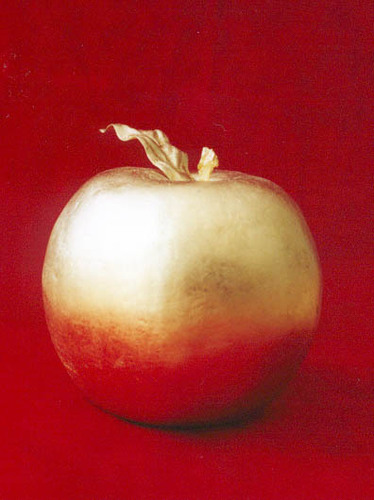 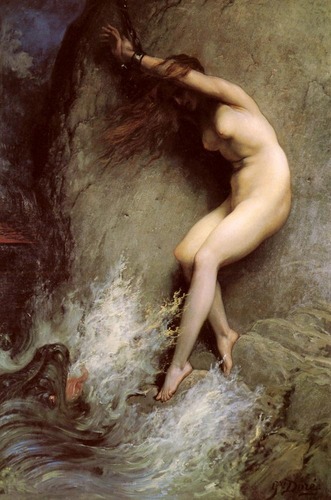 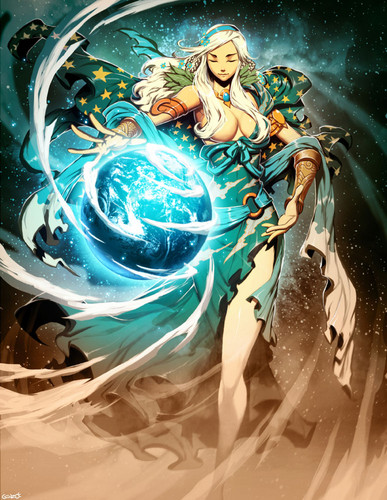 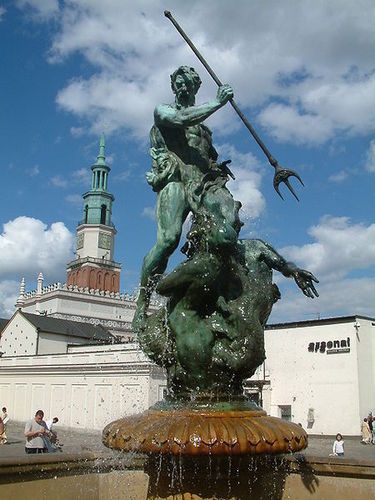