19
Rant , Grr, Rant : Why is Denny here?
posted by melanieacbaer
Ok, I know that there are many Dizzie fans, and I was kinda one of them but this is BEYOND A JOKE! (Sorry, there will be a lot of capitalisation as i am fuming!)

It is such a shame that a completely OUTRAGEOUS, UNBELIEVABLE, INSULTING storyline is used to try to a) attract viewers - sorry, not going to work, my 4yr attachment to this show is the ONLY reason that I am still watching b) create 'drama'

Denny is DEAD. As in D.E.A.D. As in GONE. As in BURIED IN THE GROUND. While Meredith was dying, there was some relevance to having him there. Plus, it was nice for the characters to acknowledge someone who has died on the show, as generally characters die and everyone is like...lalalala..carry on with their lives. But this is RIDICULOUS. It has been 2 years since he has gone, and while the Hahn patient storyline provided a reason for Denny's memory WHY IS HE STILL HERE, WHY CAN IZZIE TOUCH HIM, LET ALONE *KISS* HIM????

For the Dizzie fans out there, this is not in anyway insulting the relationship of Dizzie, merely the credibility of the storyline. It would have been more believable if Izzie had been pining for the last 2 seasons and had never been shown to have had other 'love' relationships, but there was Gizzie and Alez/Izzie. She confessed love to George and effectively broke up his marriage. Izzie just gave an emotional 'I care about you' speech to Alex, what, 2 episodes ago!

To continue with the Alez/Izzie point - I personally have been waiting for them to get together since the first couple of episodes in Season 1. Obviously my opinion is biased, but I still do NOT understand the point of these past couple of episodes where they have very nicely been building the foundations of an Alex/Izzie (AI) relationship. We see them being friends, fighting, making up and COMMUNICATING. We have not heard much about Alex's past bar that he had an abusive alcoholic father and a mentally fragile mother. We have seen so much growth from him these past couple of episodes. We see him struggling to maintain their relationship but swallowing his pride and asking for help "you could like teach me or something" and in the last episode communicating "Tell me what's wrong" and we see his compasssion in UNDERSTANDING that Hahn's patient would obviously bring up past feelings. However, he is not jealous - no, he is supportive and offers his help "Let me help." Why build up this relationship if your intention was to make a complete MOCKERY of it. Alex now has ANOTHER loony girlfriend. Alex as an individual character deserves so much more than this - he is again lumped with a CRAZY, getting cheated on with DENNY, and he is finally opening up only to be rewarded with *a DEAD GHOST* stealing his thunder.

Anyway, if Katherine Heigl is looking up Emmy material (This is not an accusation, I am just trying to find a reason for this storyline), there is so much more they could do - her child Hannah, meeting Alex's parents, even working with Hahn's patient. WHY O WHY bring up a ghost.
While seeing him is still a bit crazy, it is at least understandable but being able to TOUCH HIM??!! She better have a brain tumour! I kept thinking that if she touched him she would fall and become unconscious....HA! Also his 'I'm here for YOU' somehow reminded me of the grim reaper coming to collect?!

The only other reason I can think of is that Javier DM (Denny) is blackmailing Shonda into giving him material?!! ROFL! Seriously though, he is getting more screentime than the LIVING characters (check out T.R.'s (George) cameo) UGH! I am beyond annoyed. More than that, I am upset that such a fantastic show has stooped to this low. Even if we see McSteamy, McDreamy and McArmy all NAKED, there is NO Redemption.

Note: Please don't rate this badly if you disagree, rate it badly if you think the points I made aren't valid.
FanDlux, CSI_NYfangirl and 17 others like this
amberRocks Sweety don't get mad!You wanna know why all this stuff happen? The writters want to get revagne from katherine heigl for bad-mouthing them.And how is this connected to that storyline well,you have figured it yourself that this is a ridiculous storyline for you the audience. But if you are an actor.katherine heigl,who wants to mak it to the movies well this is a disaster for her!This storyline is the worst way possible for her to leave the show AND don't even mention that it will haunt her carreer for ever,like a bad tv-movie. She won't be able to recover form that disaster and make it to the movies! And btw not to insult any alex/izzie fans but you guys have complaining so much about gizzie and now this happenned to you!I pretty sure that you would want gizzie now instead of that...
melanieacbaer Well, at least George was ALIVE! HA! Yeah, I was thinking that as well but was getting bored of typing! The worst thing is that I think KH is a talented actress, but this is a medical drama not a sci-fi show. Shame on Grey's! Glad others are feeling this.
pollyloveshouse Javier BM?? I thought Jeffery Dean Morgan played Denny... Ok, my point of view on this: Yes, it is a ridiculous storyline, yes there has been next to no build up to the sudden re introduction of Denny, and yes it is ridiculous that he is getting more screentime than alive characters. However, this is the type of storyline I have grown accustomed to expecting from Grey's. They love drama, especially relationship drama! Which means bringing back Izzie old love while she and Alex have something brooding. I would not mind this storyline at all to be honest, however the touching is going too far. With a brain tumour it is completely possible to imagine someone being there, imagine you can hear their voice and see them, but when someone is not physically there you cannot touch them!! You cannot imagine someone so clearly that you could move your hands across their body!! That is the only thing that pissed me off. I liked your take on things, btw.
amberRocks Hey speaking for me grey's is still my favourite show even with this story line!!!And I haven't laughed like that with a storyline since "Friends"! And do you think its a tumor?I think its mental illness but oh well we'll see. I can't wait to see how izzie is gonna go and then I guess everything will get back to normal and in a year from now we won't remember that!
jighooligan101 i like this story *ducks* I know there was rumors of Izzie having a tumor and i think something like that is true Denny kept repeating "Im here for you" I took that as he is here to take her i.e she dies or at least comes close.
melanieacbaer Ok...I respect your opinion. However, how can she TOUCH him??? Also there are some spoilers apparently there might be ghost sex??!!!
mesmerized I completely agree with every word you wrote!! This storyline is ridiculous, the worst they ever had on the show (I'm even including gizzie in that). I get that greys is looking for drama but this is just too dumb and way too over the top. I don't care for stuff like this on any show and they are just taking this way too far. Especially after seeing the next promo!!
melanieacbaer Do you have a link for the promo??
jighooligan101 i cant answer im assuming they will give a reason its a bad excuse on my point but what else can i say?
Jezu ghost=crap.
McDreamyluva yeah the ghost-sex and ghost-kissing is just ridiculous. why aren't Alex and Izzie happily together? i thought this was one of the 'goals' of season 5? and LOL at amberRocks's comment! Revenge on Katherine Heigl...hmm this is pretty likely~ giving her some crazy psychotic storyline..HAHAHA!
SG1-090 I think it's quite clear (well this better be the case) that Izzie has something medically wrong with her - brain thing? maybe. Cause i am a loyal dizzie fan - they where the best couple on Grey's and it was cute to see Denny in Mer's near death thing and having a moment with Izzie but this ghost isn't even acting like Denny at all - he IS NOT denny! So i'm sure it will be explained!!
Pippi21 Well, it should have been explained this episode. The last one was still sort of okay, she hadn't touched him yet, it could have been an imagination. But then she touched him in the end and then this episode they should have explained, and not just taken the same storyline further, still touching, still no explaining. How long do they expect the viewers to take this crap? It could have been a sort of okay storyline for 1 or max 2 episodes, where in the end everything was explained perfectly, either Izzie imagining or Izzie having something wrong with her. Now it's just been going on for too long.
xSOFAx come on why would they take revenge. they're like adults. but the storyline IS weird. i agree
Locita Denny is D E A D !!! it's getting boring and annoying they drag it along forever...
germany123 okay i didnt really mind the story that much before..but after this episode- now im really kind of pissed off,too. its just annoying. all scenes are ruined with those two dudes standing there and izzie just needs to have someone check oot her head! i cant believe the story had lasted this long and i cant wait for it to end ASAP..or stat as we say as medical professionals :) 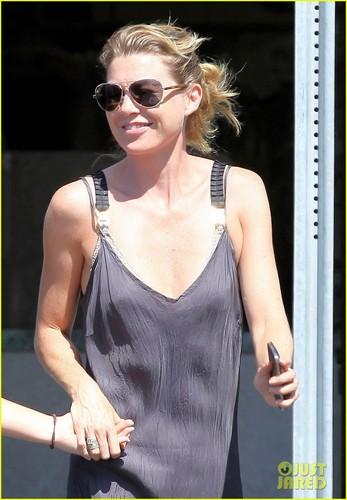 Ellen out and about in Los Feliz, Calif.
added by FashionVictim 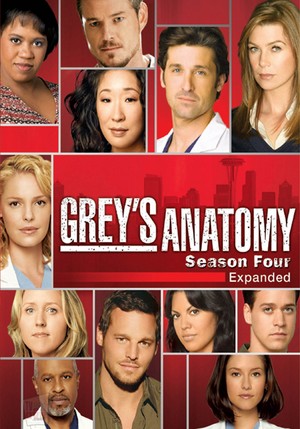 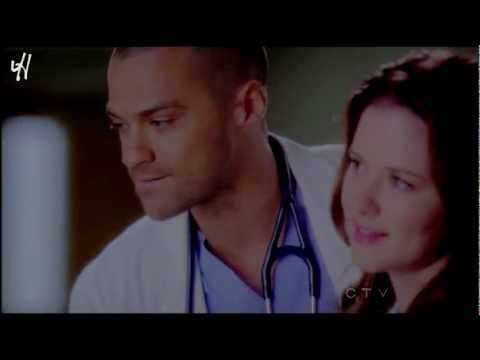 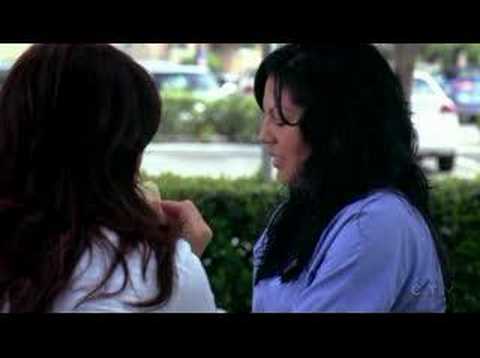 7
Izzie & Denny - A Drop In The Ocean
added by 3liiiiin
made by: SweetyZac
video
grey's anatomy
izzie
denny

23
Alex Tells Izzie He Plans To Kiss...
added by FashionVictim
Alex tells Izzie he kissed her with tongue and to plan on getting use to it
video
grey's anatomy
season 2
izzie
alex 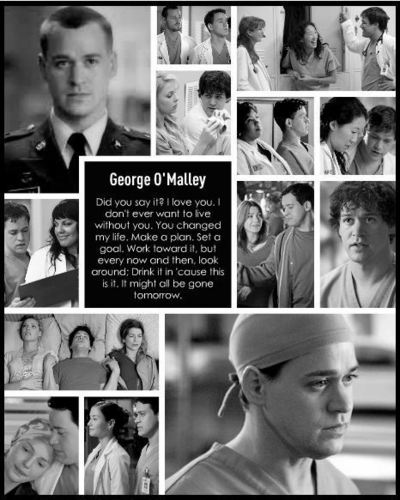 2
In Loving Memory
added by 701221180
Source: All photos, characters, and quotes belong to ABC's GReys Anatomy 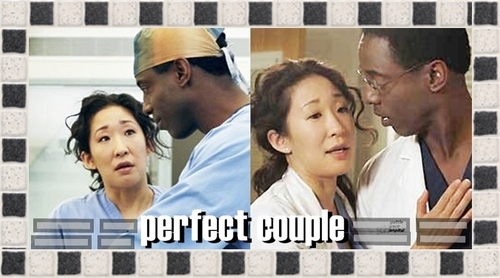 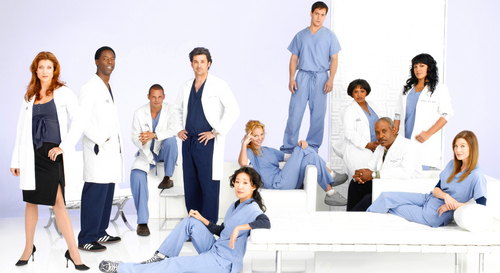 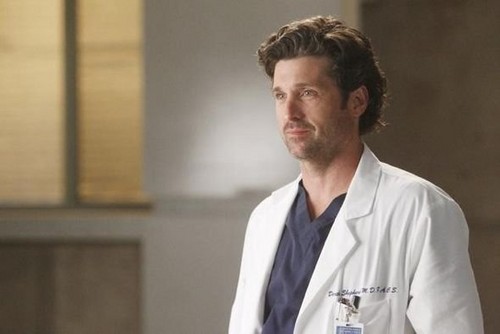 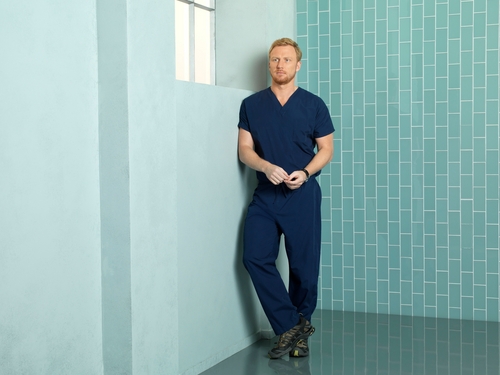 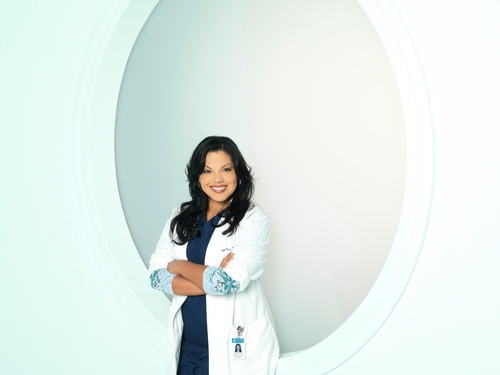 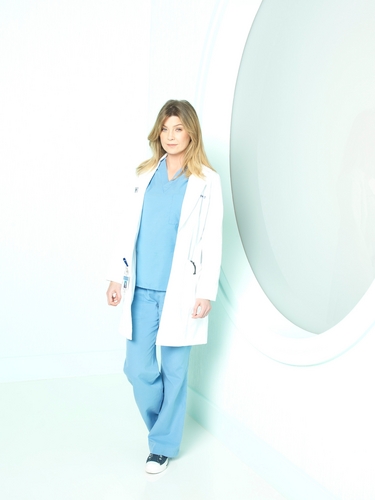