Your Average Happy Couple
posted by MJsmart
In the Half-Life Universe all manners of strange things occur. Yet, most of the time those occurrences are consistent with content within each game, and from episode to episode, and game to game.

In HL-2 Episodes 1&2 we are privy to the developing attraction, if not subtle flirtation, between Alyx Vance, and Gordon Freeman. Even Alyx's dad, Eli, would approve of a marriage (or at least their doing their part to repopulate Earth).
We also get some of the back-story and current status of the Borealis, and an imperative to destroy it.
Well, what if Gordon and Alyx had 'gotten busy', and the G-man (sardonically declaring himself the newborn's "Godfather"), brings her back as a ten year old? Alyx had named her "Chell", after her mother. G-man says that they (Gordon & Alyx)have, "...fought bravely. You both had something worth dying for. How noble. Now, let's see how you perform when you have something (or someone) worth LIVING for. "
They now must destroy the Borealis AND protect Chell (who is as feisty and talented as her parents). - Discuss?
- Discuss-

3
Civil Protection: Shadow of a Doubt
added by heeeresjoyce
A man without a shadow?! This is a mystery for Mike and Dave to solve!
video
half
life
2
half-life
shadow of a doubt
civil protection
ross scott
mike
dave 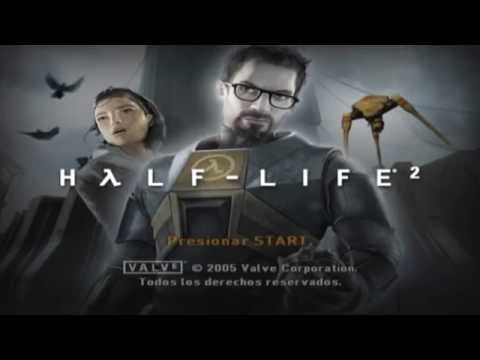 2
Portal trailer
added by cocopopsrdeadly
A video from the game Portal - which comes in a set with HL2 : Episode 2. Watch a demonstration with the portal gun.
video
game
trailer
youtube
half
life
2
episode
vid
portal

1
Escape From City 17 - Part One
added by heeeresjoyce
Directed by The Purchase Brothers. See comments for full description.
video
half-life
half
life
2
escape from city 17
part one
purchase brothers

Half Life Review
added by Hippyjonny
short review of Half Life.
video