22
Harley Quinn's true profile
posted by Cliff040479
FULL NAME: Harleen Quinzel
ALIAS: Harley Quinn
HEIGHT: 5 foot, 3 inches
WEIGHT: 115 pounds
EYES: Blue
HAIR: Blonde (bleached, real colour unknown)
COMPLEXION: Caucasian.
OCCUPATION: Psychotic criminal and accomplice to The Joker; is madly in love with him and devotes her life to him as a consequence
FORMER OCCUPATION: Criminal Pyschologist.
BASE OF OPERATIONS: Gotham City, Gotham County, USA.
KNOWN ASSOCIATES:
The Joker (real identity unknown)
Pamela Lillian Isley aka Poison Ivy
SPECIAL SKILLS:
Elite level gymnast
Super strength, agility and toxin immunity
QUALIFICATIONS:
PhD in Psychology from Gotham University
harley quinn
Little is known of Harley Quinn's life before she went to Arkham Asylum as an intern.
We can speculate that, as an attractive, athletic and ebullient person, she was a highly popular young woman, growing up with lots of friends and enjoying a stress-free life. Maybe she was part of her high-school's cheerleading squad. She was almost certainly on the gymnastics team.
But was there always something a little whacky and off-beat about her?

Her physical prowess saw her granted admission to world-renowned Gotham University via a Gymnastics Scholarship.
Hungry for fame, respect and fortune, Harley, however, desired a degree from the prestigious Psychology Department.
But university is a time for fun, and Harley was a girl who loved fun. So. Maybe not so much studying happened.
This resulted in her flunking her final thesis.
But Harley was a very smart girl, in more ways than one, and she was no angel. Seducing her professor, her marks were subsequently upgraded to the highest level.

Thus she achieved her ultimate goal: a job as a first year intern at the notorious Arkham Asylum.

To excel in Gymnastics, one needs to be highly dedicated, determined and disciplined. Harley may not have been devoted to her studies, but there is little question of what she could achieve if she applied herself. Nonetheless, her subsequent actions indicate her level of determination to succeed in getting what she wants. Confident in her attractiveness and sexuality, she did not hesitate to use this to her advantage.

And she was determined to succeed at Arkham as well, where her goal was to learn the secrets of the inmates and use them to achieve fame for herself.

But Harley was nonetheless young and naieve and completely unprepared for what she would find at Arkham. The Joker immediately assessed her and pegged her as someone he could manipulate and play with.
Why?
In order to have an accomplice on the inside?
Or just a way to while away those long, boring hours whilst incarcerated?
Or perhaps it was both - either way, after Harley was eventually permitted to hold private sessions with The Joker, he used his cunning and manipulation skills, his fierce intellect and astute personality insight to trick Harley's sympathies into lying with him. It is unclear whether seduction was his goal; regardless Harley was ultimately seduced. She fell passionately and obsessively in love with him.
pigtails
Her snapping point came when an escaped Joker was returned, beaten to a bloody pulp, by The Batman. Driven mad with grief and rage, she broke into a costume shop, developed for herself a new "look" and went immediately back to Arkham, breaking out the object of her fixation.

Since that day, Harley has been on a mad rollercoaster of obsessive love with The Joker. She has been in and out of the Asylum, both as an escapee and as a rehabilitated patient, over and over again.
Her infatuated love for The Joker dominates her life; he is her motivation to the life of crime which she leads in order to remain close to him. Almost all of her actions are done with his happiness in mind. She is terrified of him and insanely in love with him and can barely imagine a life without him. Her sick infatuation leads her to carry out his every beck and call and she is cowed by him and utterly adoring of him.
Their relationship is a complex one, following a similar pattern to the typical abusive relationship. Joker physically and psychologically assaults her, then draws her back in with comfort and affection. She makes the vow to walk away, only to find he is a drug she cannot be rid of. Her attempts to stand up for herself are eventually dismantled by either his threats, or her fear of losing him.
With someone as insane as The Joker, his reason for keeping Harley around instead of killing her are uncertain. Almost definitely, he views her as a 'toy' - something he created, and most likely he values this; his ability to reduce an independent, attractive and successful young woman to a willing slave who has given up all hope of a normal life for him. Doubtless her undying adoration holds amusement for him; and is a reflection to him of his own ego.
But it is also very possible that Harley truly has touched Joker in some way. The Joker is renowned amongst all as being one of the most dangerous and unpredictable maniacs the world has ever seen, generally accepted as loving no one but himself - as not even seeing other people as 'real', but merely as objects to play with. Yet it seems that somehow, Harley has penetrated through the twisted paths of insanity to touch some long-forgotten core deep within him.
For her part, Harley will never truly be free of her love for Joker. She is utterly infatuated and will remain so, even during her periods of 'sanity'. He has completely bent her mind to his and changed her life for ever.

Most of the time she's pretty happy about it.

Harley has a vivacious, effusive and highly expressive personality, quick to show affection for her loved ones, just as quick to anger and snap. She is a woman of extremes in all things. Her mood swings, whilst nowhere near as violent as Joker's, are still mercurial to the extreme. She experiences all emotions intensely and passionately.
She is undyingly loyal to her two best loved ones - Joker and Poison Ivy - and often ends up as a bit of a 'door mat' to both of them, being cowed by their more dominant personalities.
Whilst Harley seems merely zanily playful, she is absolutely insane, unpredictable and therefore highly dangerous. Her love for The Joker makes her fiercely defensive and protective of him and she will go nuts in order to do so, or to defend their love to anyone who questions it. She will do whatever it takes to help his dreams come to fruition - as mentioned above, she's a highly determined and fixated woman - as well as pursue her own goals with the same fervour.
She is possessive and jealous of both Poison Ivy and The Joker.
It is speculated that she and Ivy have something of a romantic and sexual element to their relationship. Certainly Ivy would be more willing to give her the affection Joker withholds in order to control her.

Harley believes that The Batman is the source of Joker's pain and hates him as a consequence. This makes her a deadly enemy to the Dark Knight, none more so than when she is fighting by the side of her man.
DangerousGurl, harleenquinzel5 and 20 others like this
Thecharliejay Cool article did u get this from the Arkham Asylum video game
bikergirl8 hey I have that video game I love it did u know shes was a docter it said it in the game to the game too she was fixing jocker and fell in love with him and became a crinamal (sorry for that spelling im a kid )
bikergirl8 I can talk like her she was in gymnastics too I knew all this stuff ok maybe some
harleenquinzel5 OMG. Good work. I love it. 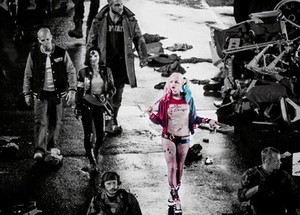 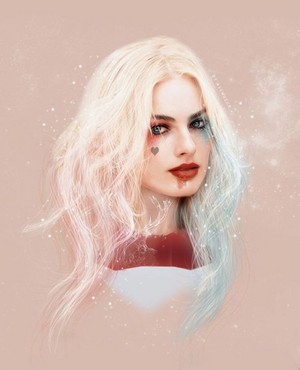 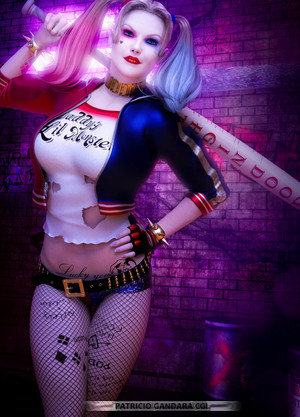 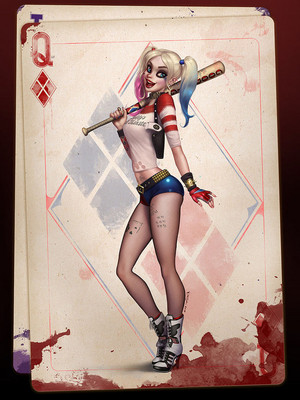 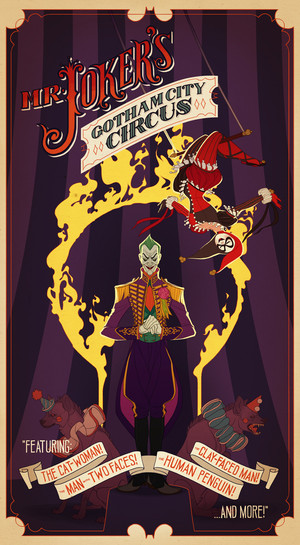 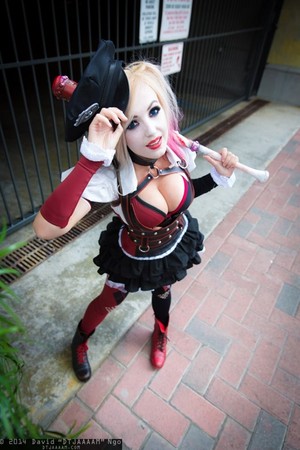 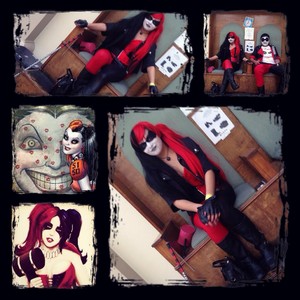 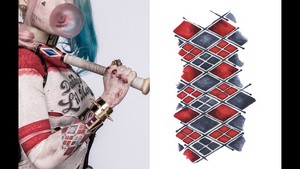 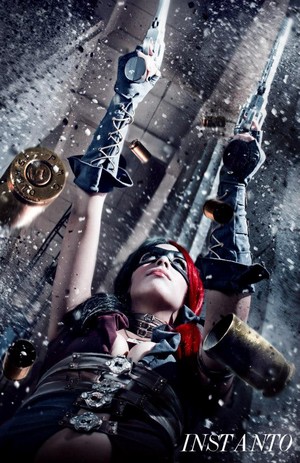 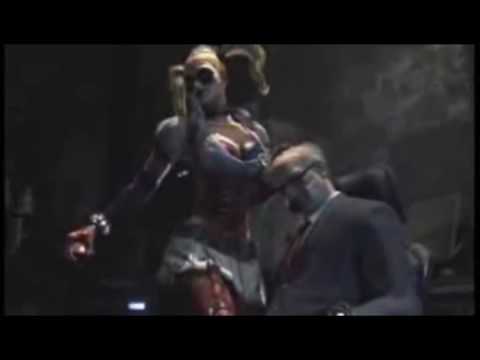 2
Harley's Circus
added by tokyomacncheese
i fiund this vid. on youtube. I DID NOT MAKE THIS NOR DO I TAKE CREDIT FOR IT!!!!!!!! thank u and enjoy :]
video
harley quinn
joker
batman
poison ivy
the joker 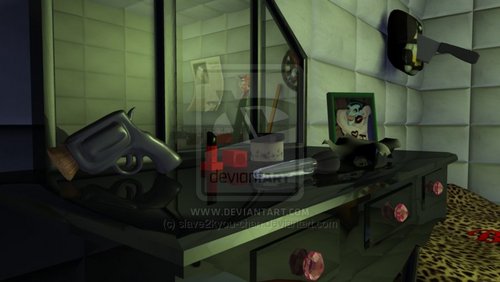 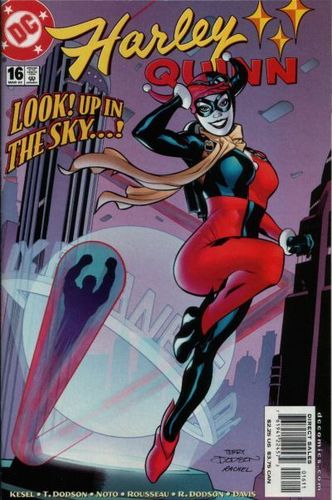 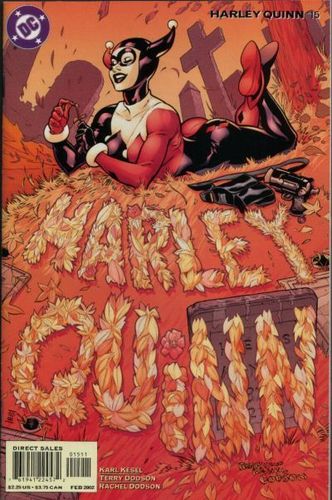