4
J.K. Rowling VS Stephenie Meyer
posted by hpotterforever7
Note: I did not write this, I found it off a website, and I don't want to offend anyone with it :)

Harry Potter author J.K Rowling has reportedly turned down the chance to present an award at this year's Oscars ceremony. She claims she is too busy writing to attend the star studded event, where she was offered the opportunity to present an award with Twilight author Stephenie Meyer. On J.K Rowling's official website, she is quoted as saying that writing is her main priority at the moment....but I can't help but wonder if it was Stephenie Meyer who was the reason behind her refusal.

Stephenie Meyer has been undeniably successful with the Twilight series about a teenage girl who falls in love with a vampire. However, between Stephenie Meyer and J.K Rowling, there is a severe imbalance of talent. Ms. Rowling created a whole new world based on mythology, magic and her own imagination. Ms. Meyer wrote a typical high school story based on the popularity of vampires.

The characters in the Harry Potter world are compelling, interesting and real. In Twilight everyone is overly perfect except for the main character who continually whines about her looks and mopes around waiting for her man.

Let's break it down.

The overall moral of the Harry Potter series is the understanding that it is our choices, not our abilities that shape who we become. J.K Rowling tells a story of a young boy forced to grow up too soon and along the way he learns the value of friendships, the importance of doing the right thing no matter how hard and he makes a lot of mistakes on the way. He suffers loss, faces challenges and tough choices and learns some heart-breaking things. While it is set in a fantasy world of magic, the characters are very much grounded in reality.

If Twilight has a moral, I am at a loss for what it is. Average teenage girl has a crush on a perfect looking guy. Perfect looking guy notices average teenage girl and falls in love with her. Perfect looking guy turns out to be a vampire, and in order not to eat her, disappears with his family. Read about a million pages of her whining and moping, then enter good looking guy number two who is a werewolf. What follows is a long line of teenage girl "accidentally" stringing along the werewolf until her vampire love returns. None of this was totally unbearable until the last book. In spite of a huge lead up to some things which should have resulted in chaos, drama and excitement, nothing happened. Everything worked out without even a tiny bit of upset which leads, in my opinion, to a very shallow novel.

There is no contest. Harry Potter has depth, intrigue, excitement and thought provoking characters. J.K Rowling has written a phenomenal tale that will continue to be discussed and analysed for many years.

Twilight has a very weak leading character and gives out the belief that all women want to get married, crank out kids and live in a pretty cottage in the woods. I think Stephenie Meyer's world will quickly be forgotten when the hype fizzles out.

This is merely speculation and opinion of course, but if I were in J.K Rowling's position I'm not sure I would want any association with Stephenie Meyer, even if it was just at an awards ceremony. 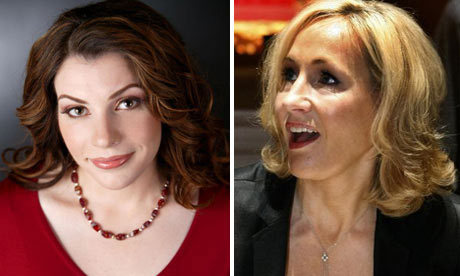 ilovereading, graystone and 2 others like this
youknowit101 If you found it online, post a link, don't steal it. That would be immature of JKR if is was true.
hpotterforever7 ^Ok, I'll post a link next time :) And I don't think it's true, because I don't think she would mind just presenting an award with Meyer.
bri-marie I'm pretty sure that Rowling really was just in her zone. She doesn't normally do many public appearances like this, and it's even rarer for her to come to the U.S. I doubt presenting one Oscar was enough of an allure to stop what she's doing and fly thirteen(ish?) hours away. However, if Rowling really did just back-out just because she had to present with Meyer, I'd lose a lot of respect for her.
DirtyDiva Cool, I like this lol :P
theelderwand I highly doubt that she did it because of Meyer because she is actually writing more things. And i agree with bri-marie
TheBreeze Am I the only one going crazy? She's WRITING THINGS man. She's frickin' writing things.
RD_Blue_demigod Jkrowling has her own reason why she was'nt present in that ceremony.Its her decision after all and we have to respect it.
cunha27 I'd say the reason she gave for not attending was true. I'd lose respect for Rowling if her decision was based on snobbery. 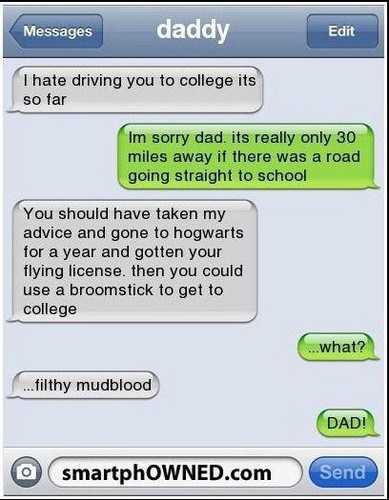 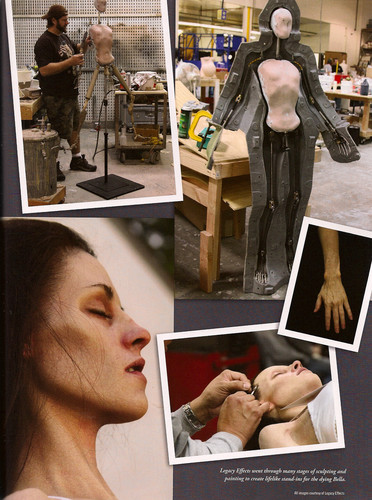 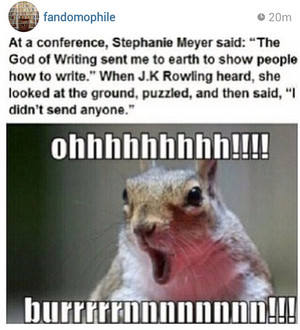 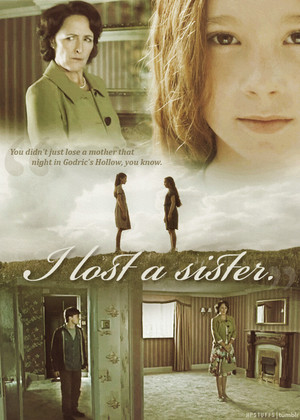 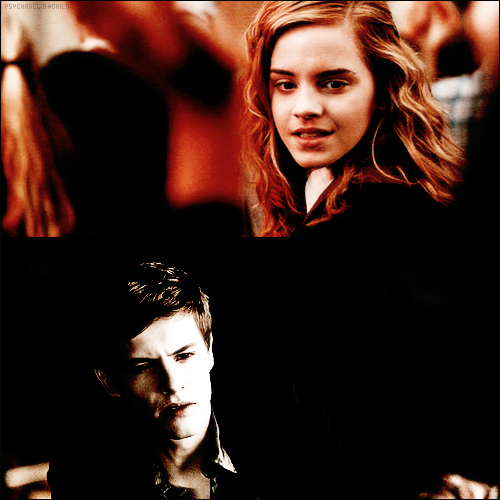 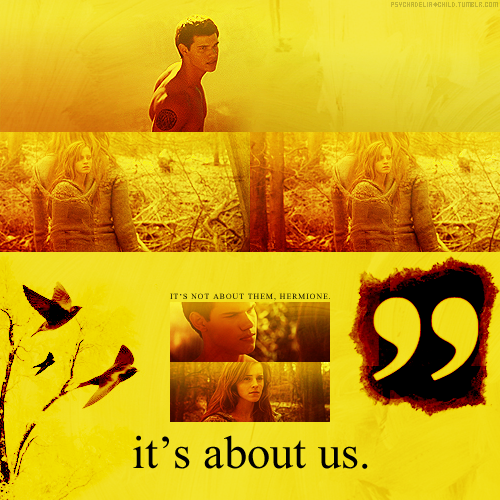 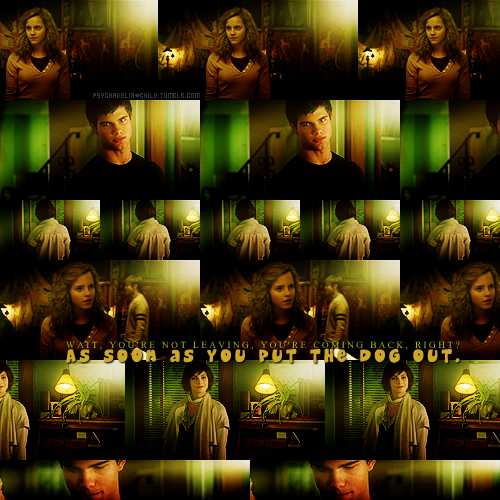 2
Who the Hell Knows?
added by youknowit101
Source: tumblr 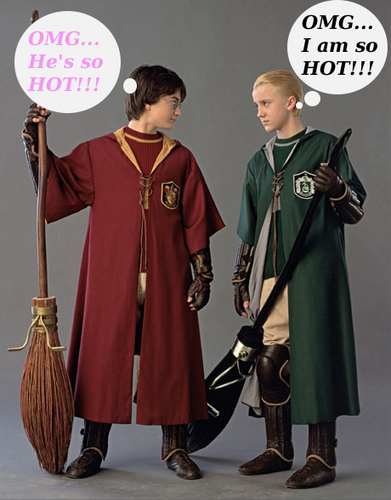 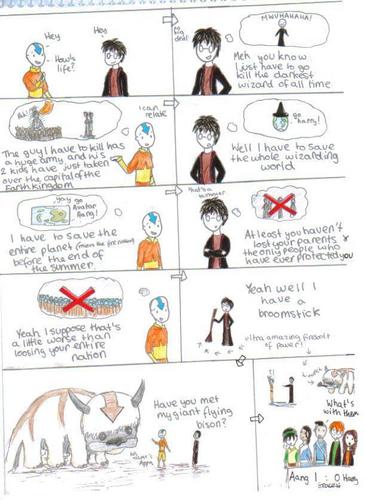 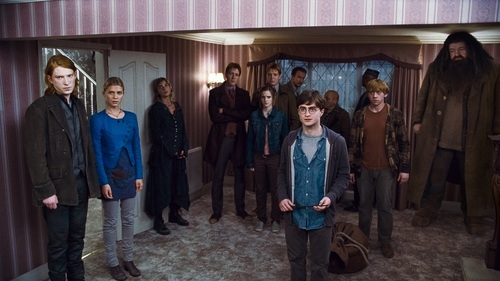 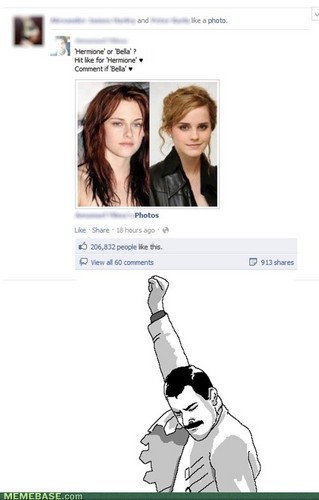 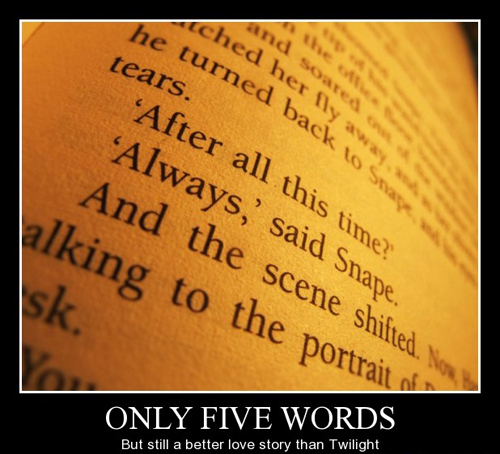 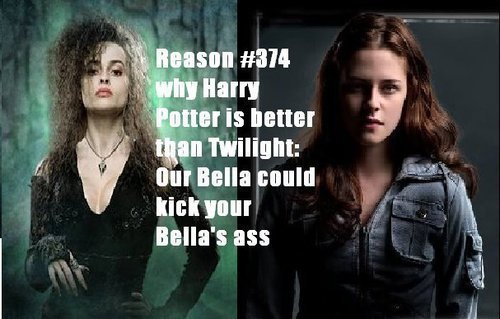 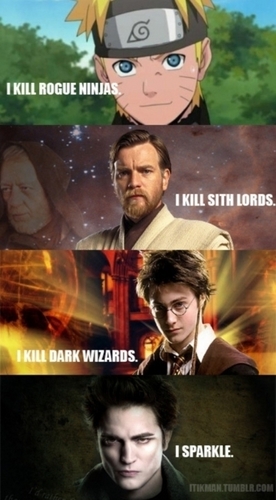