The first thing I will acknowledge is the mental instability of Bella Swan. In New Moon, Edward dumps her, and she becomes depressed. Now, I understand that it is very disheartening to have your boyfriend dump you. I would be able to understand if she had been depressed for, maybe two weeks? No more than a month. But Bella is depressed for several months. This is NOT normal. Bella has serious depression, and I mean the actual mental illness. Her father probably should have taken her to a psychologist. If unattended, depression can lead to suicide. This, however, is not the reason Bella attempts suicide. Later on, she starts hearing Edward's voice in her head. The voice comes whenever she is about to do something reckless. This is a very serious condition called schizophrenia. If you know someone with schizophrenia, they should be taken immediately for help. It is this illness that drove Bella to attempt suicide. There is also evidence of her having Narcissistic Personality Disorder (compensatory). This is because she feels a need for attention at all times. In New Moon, as soon as Jacob starts giving her all the attention he has, she felt better. She gropes for attention constantly. It is even arguable that her clumsiness may in fact be a need for attention. She must have an ideal relationship (in her mind), and that is actually a symptom of this disorder. She does not feel for anybody except the Cullens and Jacob. She does not feel for her friends, she does not feel for her parents, she does not feel for anyone unworthy of her attention. She is arrogant and she takes advantage of her friends, then blames them if they don't want to continue the friendship. These are all signs of Narcissistic Personality Disorder, and I believe that the compensatory classification fits her best (that is passive-aggressive, with signs of Avoidant Personality Disorder). Avoidant Personality Disorder is another thing Bella may have. She is very sensitive to negative comments about herself and she is extremely inhibited in fear of humiliation (though I still hold my argument of her need for attention). She doesn't talk a lot (though this is not because of shyness, but because she sees most other people as below her) and she definitely uses escapism. This leads to Passive-Aggressive Personality Disorder. She sees everyone else as below her, thinking that her fellow classmates, who went out of their way to welcome her to Forks, are shallow, immature idiots who are not worth her time. She does hint this to them at some points throughout the story. This may also be an explanation as to why she mistreats her friends. She has Histrionic Personality Disorder because of her need for attention and her intense sexual desire for Edward (which is ALL it is. To like someone for only their looks is NOT love) and she does have shallow, over-exaggerated emotions. Another thing Bella shows VERY strong evidence of having is Dependent Personality Disorder. You can see this by her reaction to Edward dumping her. Her depression arose because of her psychological need for Edward (not to be mistaken for love).

Wow, I even shocked myself by how messed up Bella is in her head.

Bella is very shallow. She "loves" Edward because... he's hot. That's it? She never talks about his personality. She only talks about his "liquid topaz eyes", something she's explained only about a few hundred times, amongst other physical appearances. She wants to be a vampire because she wants to be beautiful like Edward. She even admits it herself in Eclipse. That is the strongest reason for her desire for becoming a vampire. That is extremely vain. She thinks that all good people are beautiful. That is a very shallow thought, and it says some pretty nasty things about her sense of judgment (though we all know that is not too good because of all the bad decisions she makes throughout the books).

Bella abuses her friends. She takes them for granted and only talks to them when it will be for her advantage. Here's a common example; Jessica. Jessica welcomes her warmly and adopts her into her group of friends when Bella first arrives at Forks High School. What does she get in return? Bella thinking how shallow and idiotic she is? Then, Bella doesn't speak to Jessica or anybody else for months after Edward leaves her. Her father threatens to take her to a psychiatrist unless Bella becomes more social. That is the only reason she speaks to Jessica again. She goes to the movies, completely tuning Jessica out and ignoring the girl, then goes and puts herself and Jessica in potential danger because she wants to hear Edward's voice. This is selfish and completely stupid. Jessica stays behind with Bella, even though she (just) figured out that Bella has only been using her. So what happens? Bella says that she is a bad friend because she wouldn't talk to Bella again. Where's the logic in that? Don't even get me started on Jacob. She leads him on every other day, even after everything he did for her in New Moon, and then, the day after she snogged him, when he is in great physical pain, she dumps him. Yes, she feels sorry for a couple of minutes. She's felt sorry for a couple of minutes constantly, then felt that justified her right to use him all over again. She does not care about him, no matter what she claims.

Bella has an extremely undeveloped character. She has no life. What are her hobbies? Can you name me just one? No, motorcycling does NOT count. Bella doesn't really like motorcycling and was going to give it up had she not wanted to "please" (more like lead on) Jacob. So... what is there? Reading doesn't count either, I'm afraid. That is another example of Stephenie Meyer telling, but not showing. We only see Bella actually reading one (1) time throughout the series, and that is very briefly at the very beginning of Eclipse. So we don't have any hobbies for her. Then, she is utterly Mary Sue. Where are her character flaws? No, clumsiness does NOT count as a character flaw. Flawless characters are very bad. They are almost always bound to be an utter fail. Bella is automatically popular when she arrives at school, which is extremely unlikely and unrealistic. She is strikingly beautiful, and she ends up becoming the most beautiful and most "powerful" vampire ever to exist. She doesn't have to work at her special diet; she's a natural! She gets everything handed to her on a silver platter. She works for nothing, she sacrifices nothing. Also, have you noticed that her character description fits perfectly into what Stephenie Meyer looks like? Bella is screaming "author self-insert". In Breaking Dawn, it goes into Jacob's POV (point of view). Bella is suddenly found saying "oh, everything will be okay" and with a "life is wonderful!" attitude. Where did that come from? For the entire series, Bella has been the first one to say "WE'RE ALL GONNA DIE!" Once we go back into Bella's POV, that pessimistic attitude comes right back. So where did the sudden burst of happiness come from?

She is also a very bad parent. She ignores her baby to make love to Edward. She doesn't care that Jacob uncharacteristically became a pedophile, lusting after her new-born daughter. No, she gets angry because she doesn't like the nickname he gave her; another example of her deadly superficiality. Most of the time, she just gives Renesmee to Jacob to look after. When does she ever do anything to actually take care of Renesmee herself? All she does is come in occasionally to admire the child, then go right back to ignoring her. 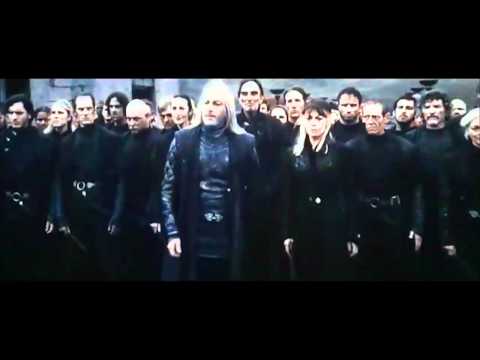 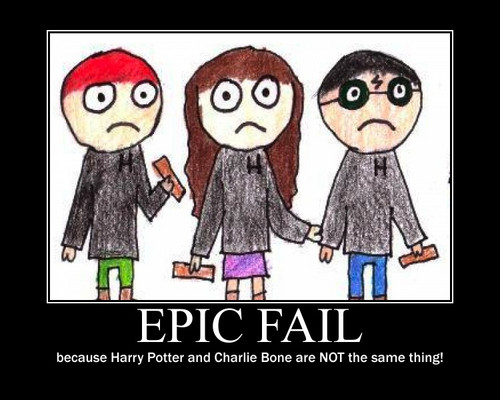 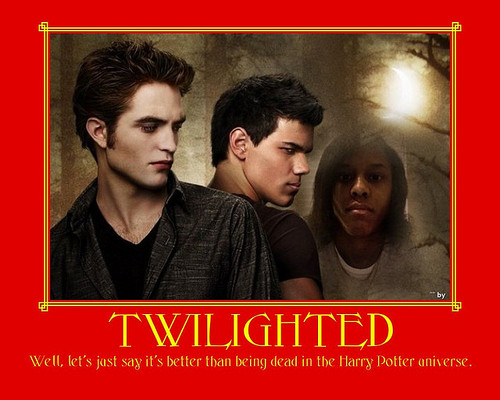 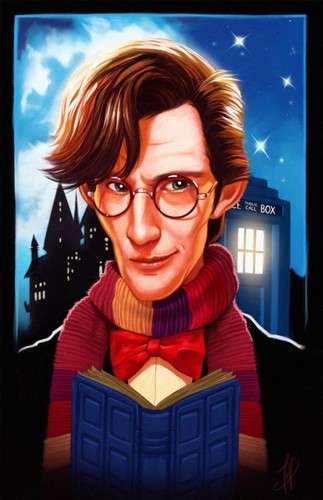 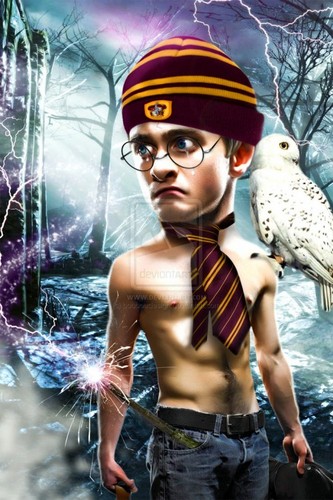 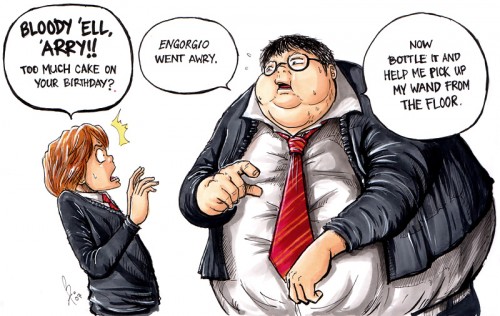 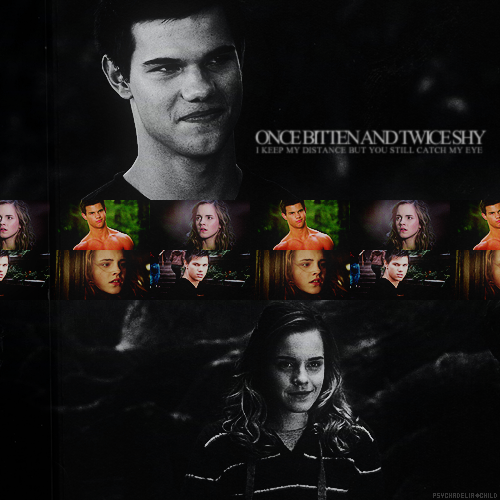 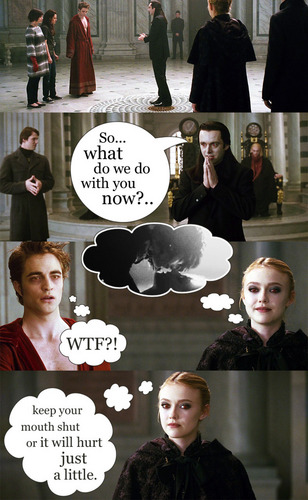 ED and BE
added by mr-cullen 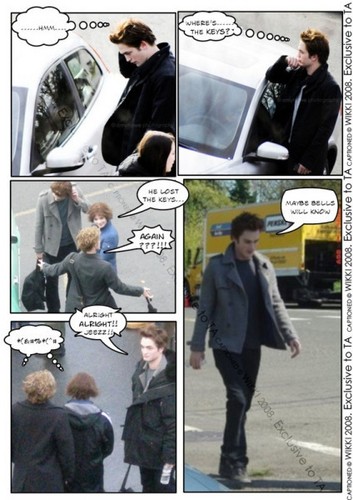 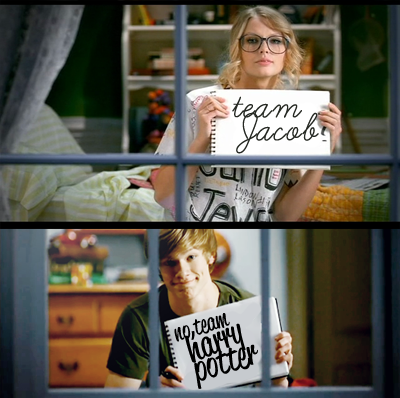 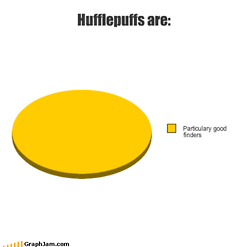 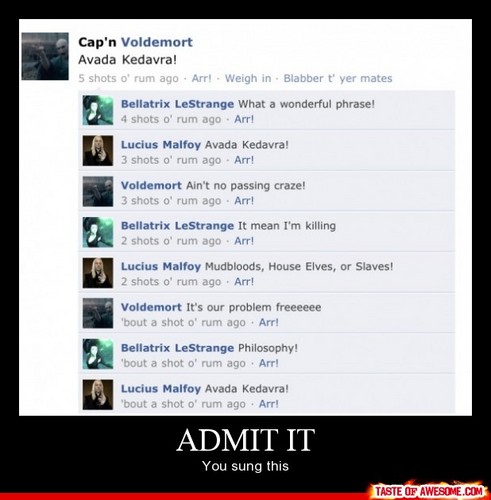 6
Twilight & Harry Potter
added by twilightlover73
Source: tastefoawesome.com (they don't show who's made the pictures tehre, so it's unknown)

6
What did I tell you?
added by wotcher-tonks
Source: Tumblr 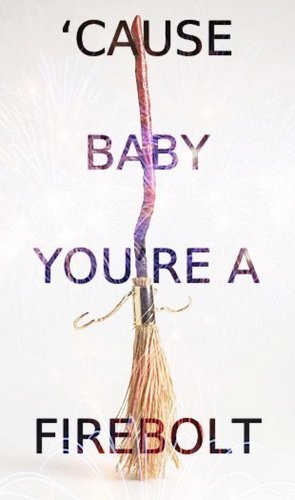 6
Baby you're a firebolt!
added by KateKicksAss 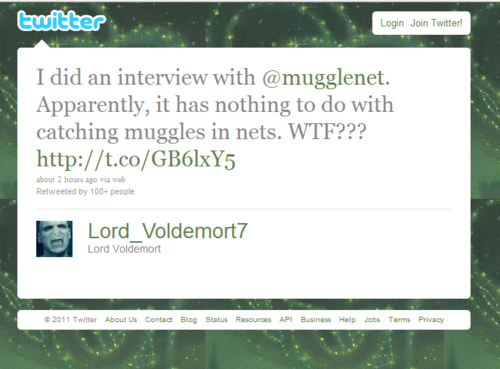 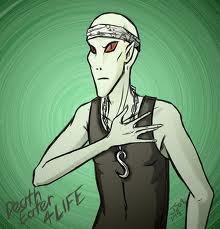