"Severus, your not eating again...you know thats bad for you" Dumbledore said lifting his goblet. I sighed. Duh i know it is...that is why i was not eating. As people may know, my look matches my attitude...black, unemotional, and more black. I nodded to the old man and looked away. Glancing to the one table, where the famous trio ate, i spotted the girl of the bunch lay her head down at the table. Not one bite was taken of her meal, and she held her stomach with a free hand. Potter patted her back and said some things to her, while the Weasly boy chewed on his chicken like it was his last bit of food he would ever get. Just then did Dumbledore clear his throat that made me jump a little. "something wrong Severus?" he asked as i glanced to him annoyed. "No" i said glumly. "I think i best be off to rest..." i announced as i got up. He nodded and turned to talk to the others.

while walking to my room, i noticed it was a tad cold in the halls. i wrapped my arms around my chest and continued on.
"Get the girl..."
"What?!" i jumped and looked around frantically. that voice, whoever it was...sent chills down my spine. "Get..the...girl..." it croaked again. i drew out my wand, ready for anything. just when i heard the sudden noise behind me did i point it in front of me. Her eyes got wide and she pressed against the wall gasping. "Professor, its just me!" she pleaded and i lowered the wand taking heavy breaths myself. "sorry Granger, i..i just thought i heard a voice..." she closed her eyes and held onto her head and moaned. "what is it?" i asked going to her. "My head..ive been ill, for like a week now...the pain gets worse..and i keep hearing this voice.." she opened her eyes to me. i was suprised to see that they were dark brown. funny how i noticed these kind of things in the wrongest of moments. she lowered them when i realized i was staring. "what voices?" i asked. she got closer and motioned me to lean down. i did and she whispered "It keeps telling me to kill Harry" she sounded worried.
my eyes wondered about the hall, and now saw the mist rise, sliding to the ceiling like a snake. "Mrs. Granger..." i said worridly.
"yes?" she turned to face me. "When i say run...you run" just then she looked at the mist. it formed into a giant python, its mouth wide open and its fangs stuck out and hissed.
"Run!" i yelled as we ran down the hall. the mist slithered and chased us, its eyes red and its body now all black. "Snape!" Hermione yelled as i turned to her, three black shadows grabbed her and dragged her to the end of the hall. i pointed my wand at them, ready to yell out my spell when i heard the low growl from behind me. the noise caused me to turn, and just before i blacked out, did i see the snakes mouth clomp itself around me, making the world disappear before my eyes, before i heard the faint evil low laugh, and before i heard Hermiones shrill scream pierce threw my ears.

Drip..drip..drip..
I heard the noise come from beside me. I opened my eyes to find out i was on the ground. I looked about my surrounding, only to figure out i was in a room made of stone. the dripping had came from a leak in the ceiling and the water dropped just above me. I rubbed my head and moaned. I dont remember what happened, or how i got here. the only thing i do remember was cold hands grasping my arms. "Ahhh, Mrs. Granger.." a low voice echoed. i reached for my wand, but it wasnt there. the voice laughed.
a dark figure emerged from the shadows and i was shocked to see Snape. "Sn-snape?" i didnt understand. "Looking for this?" he said pulling out my wand. "Give it back!" i yelled. he shook his head and grinned. Not in any of my days would i ever think to see Severus snape smile. and it kind of did me in.
it was more of a smirk, and his dark eyes made him look younger and mischievous. Wait? Why in the world was i thinking about this? "you see...Hermione...your little friend brought you to me.." the voice in him changed, and it didnt match snapes voice at all. "i called on both of you..since you didnt do your job yet" he said and shook his head. "You mean..your not.." i asked but he smiled bigger. "yes...i am not snape...but i sure love the look you give me when i look like him..thats why i told him to get you...i knew he is curious of you and would do anything to get...to know you" he said the last part slowly smirking. Snape was fond of me? but...huh?
"what will i have to do for you to leave me alone?!" i pleaded. the man shifted into a shadow, one like the three that i now remember carrying me away. he leaned to my face, but i couldnt see no face, all but blackness. "Kill the boy...or ill kill you" he croaked as his pale white fingers stroked my cheek.
"nighty night.." he said. just then i blacked out.

i sat on the edge of my bed and rubbed my head. Man was that a weird sleep. I couldnt remember my dream, and now all i could think of was Mrs. Granger. i got ready for the day, and while walking to the door i heard a low whimper from my bed. i stood frozen and turned slowly. the blankets was wadded up, and now there was a lump in the shape of a young person under the sheets. "hm..." it mumbled again. a thousand "what the hells" circled my brain as i panicked to find out who was in my bed. i crept to the edge, i grabbed the cover, and slowly lifted it. "Mrs. Granger!" i said in shock. she opened her eyes and then they got wider and she let out a "What the.." she backed up and hit her head on the headboard. "Wh..what..where am...how did i...what am i...huh?!!" she fumbled as i nodded. "I was about to ask the same thing!" i backed up. "we didnt.." she shook her head and i quickly shook mine no. she sighed in relief. "how did you get in here?" i said. "i dont know, i was going to ask you!" she got up, and i was shocked to find her in a tank and some baggy black sweats. it made her look older and her hair wasnt as curly, but long to her chest line. she looked sleepy, but it was kind of adorable.
OK. since when did Severus Snape use the word ADORABLE? She smriked.
'what?" i said angerily. "Nothing.." she said too quickly and headed to the door. "wait.." i said. "what?" she seemed annoyed with me. "you really want to just walk on out of your professors room, still in your bed clothes, when people can get that sort of idea?" i asked with a frown. she looked down and mumble somehing. "yeah, your right...go check if anyones out there yet" she ordered. It was kind of cute the way she ordered me around....
and when did i ever use cute as well?
i sighed at the thought and glanced out. i closed the door and faced her. she was sitting on my bed and looked up at me. "well?" she said. "er...lots of people.." i said looking down to her chest that stood a little from her tank top. I just lied.
there wasnt anyone but the wind out there. what made me say that? she frowned. "i guess im stuck in here till the halls clear" she layed down slumping and groaning. "What a freaking good way to start your day..lets just wake up in your Professors bed, while he gawks at you like he might do some things.." she whispered apparently thinking i didnt hear. my eyes went wide, did she think i was going to do something to her?
"freaking old man.." she grumbled. "Excuse me? did you just call me old?" i said going to her. "Eum....what do you prefer 'Ancient' instead?" she backed up. i frowned. I knew it, every student here thought i was some weird, emo freaking old man who couldnt even get his wand up anymore. (if you get what i mean) "for your information...at least im not some smart alec son os a witch you mudblood" i growled. she stopped and squinted. her lip quivered and pouted. "Mrs. Granger.." i said realizing i hurt her badly. "leave me alone.." she waved her hands at me turning away. "just go.." she sniffled going to the bathroom. i grabbed her arm and she smacked at it. "let me go!" she yelled. she wiggled but i grabbed harder. "now look, please im-" she hissed. it was a very uncalled for thing for her to do. her arm was ice-like, and her eyes turned black on me. "Mrs. Gran-" she shot her hands to my throat. "Leave..me..alone" she growled as threw me against the wall. "what is wrong with you?" i asked rubbing my arm. her face turned back to its color, and her eyes were now brown. "Im so sorry snape" she came to me and reached for my arm. she started to cry. "Im just so scared..." she fell, but i caught her and held her up. "scared of what Hermione?" it had been a while since i last called any of my students by their first name (besides Potter) she cried into my chest wrapping her arms around me.


Sorry this is kind of slow...its only 11:22 at night here so yeah..kind of sleepy...hope you enjoyed:)
S870, woofbark and 2 others like this
siriuslyawesome ??????I'm confused.........but I just can't wait for Part 3! I'm humming the theme song now.......
ImBooOK ^^ haha sorry, Hermione and Snape are just like any other teacher-with-student kind of realationship. but youll understand why Snape is just a tad more nicer to Her then the rest of the students.
ThirdPhoenix Despite five or six errors, this article was well-written. I'm a little confused by the plot, even though I've read the others, but I love how you describe the scenes so well. Keep on "Rowling." XD Hah,hah, a pun.
CheekyCheese OOhh! Thats awesome. Will Hermione and Snape get together?
ImBooOK ^^ haha yes ill keep on "Rowling" XD and yes i know there was errors i type to fast and i didnt bother to correct while writing im kind of lazy. hehehe. and if your confused there is two other ones before this if you havnt read it. or if you had i know im a bit confusing its in my nature :) and CheekyCheese um, idk yet. you can mail me and give me some ideas id be happy to hear some from you guys. (kind of on a writers block :(
ImBooOK :) 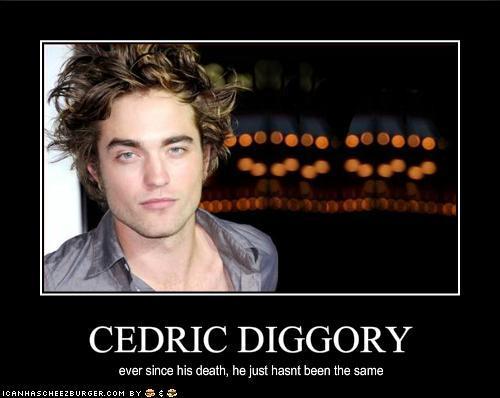 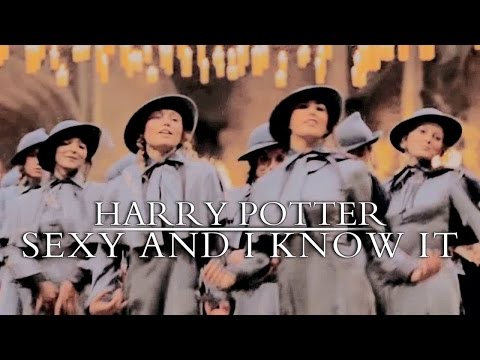 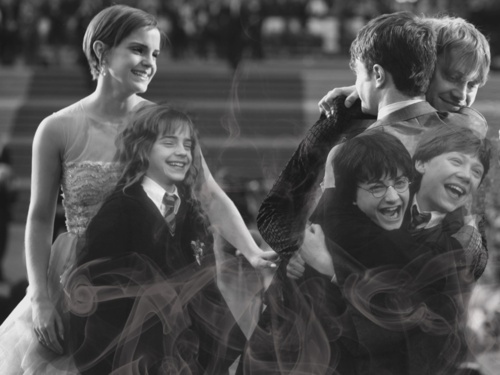 Banner, lol :) x
added by Italktosnakes
Source: Me :) And whoever made the pictures 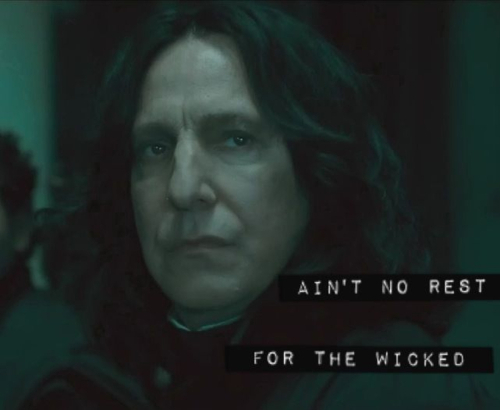 Ain't No Rest For The Wicked
added by bri-marie
Source: irresolutesongbird Tumblr 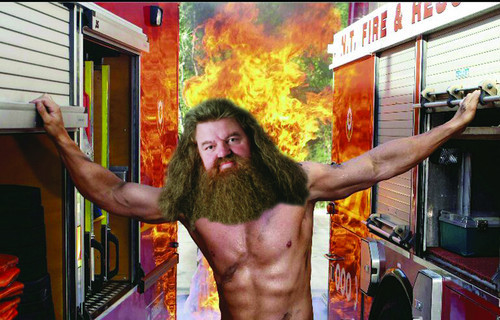 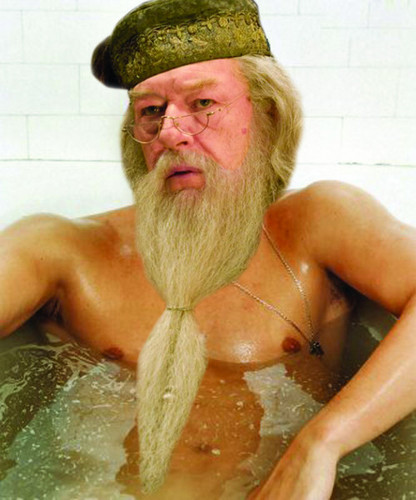 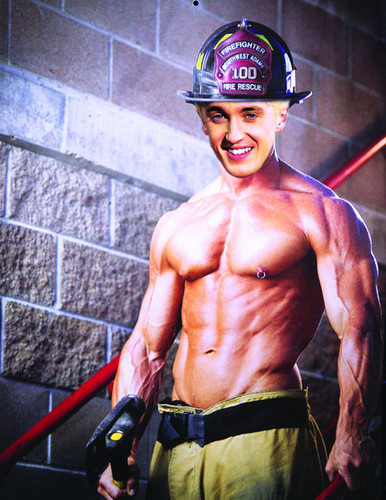 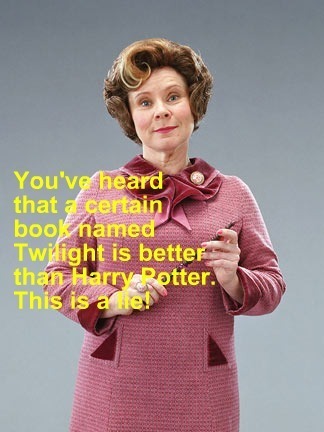 16
This is a lie!
added by HaleyDewit 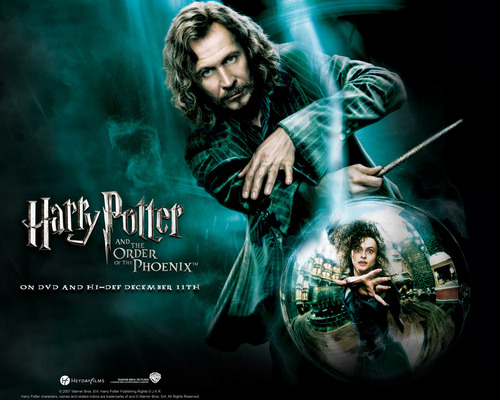 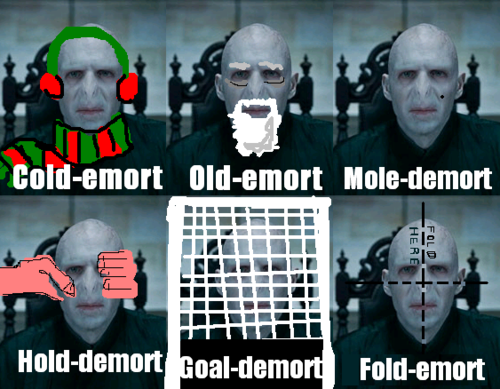 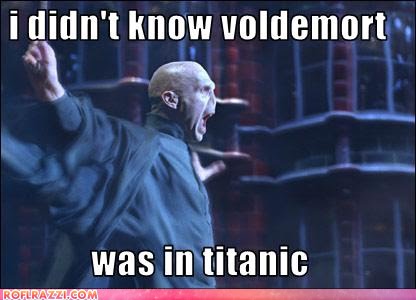 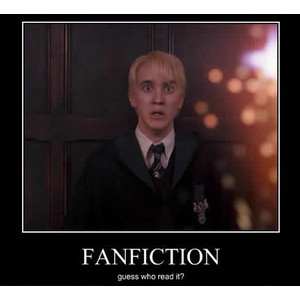 3
Lol
added by missdada15
Source: Not mine

5
George swears he got a bogey flavored one once
added by Gred_and_Forge
Source: Tumblr 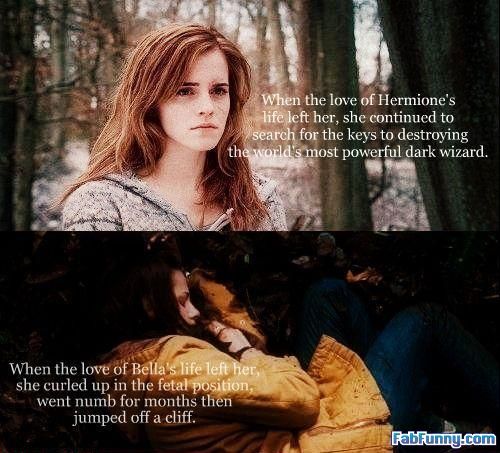