3
My Opinion of Severus Snape
posted by Flickerflame
I've noticed that (here, anyway) a lot of fans seem to have severe opinions of Snape. Either they hate him, or they love him and he's the best character ever. I don't see many who have a mixed opinion of him, so I'm going to try to explain mine.

I think that, while Snape was extremely brave spying on Voldemort and the Death Eaters for many years - and I can't imagine how hard that would have been - there are also many bad points about him.

+ I do pity him his childhood. Parental breakup and them fighting all the time, being poor, being picked on and isolated. Poor him. Unlike others though, I don't accept this as any excuse. One of the main messages of the series is that choices make someone who they are.
+Again, I pity him on how he was bullied as a teenager.
- He called Lily a mudblood. Even using that word is horrendous.
- He became a Death Eater. He chose to become a Death Eater. Although we don't see any of those years or hear any description of them, we can imagine the sort of crimes he committed during those years.
+I do see the incredible romance of the idea of him loving Lily all those years.
+He changed sides out of love for Lily and regret over his contribution to her death.
-When he first asked Dumbledore to protect Lily, it was only her. He didn't seem to think or care of the pain she'd suffer if she'd lose her son and husband but survive.
+After Voldemort's return, he went back to spy without hesitation. Even with the increased risk.
-The way he treated some of his students, e.g. Neville. The way he favoured the Slytherins. Compare that to McGonagall's behaviour. She's tight but fair on everyone. I don't buy the excuse that he needed to act that way to maintain his cover - he was doing it for years before Voldemort's return, and I don't particularly think Voldemort'd care how some Hogwarts students were treated. He could even say he had to be fair to stop Dumbledore from growing suspicious!

Throughout most of the series, I did believe Snape was a good guy. I couldn't believe that Dumbledore would trust him blindly without reason, even if we couldn't know that reason. I really didn't guess it was for Lily though. And I was completely thrown by the end of the sixth book.
hermionesparks, rosemina and 1 other like this
rosemina I agree on everything you said but, still, I belong to the die-hard Snape fans club.
ladylana65 Good points...!! Though this doesn't give snape an excuse for his way of treating neville...he treated neville badly coz neville could have been the other chosen one, meaning lily could have survived. found it in HP facts..so i'm just adding more informations... but I'm a die-hard snape fan too...
Flickerflame And there was me thinking he just disliked how poor Neville was at Potions. Your explanation makes more sense....
ladylana65 thanks
JennaAdelaide I hate Snape how dare he kill Dumbledore if he were real/alive I would go all female on him
JennaAdelaide I'm a die hard snape fan too
Flickerflame @JennaAdelaide - haven't you read the last book/seen the last 2 movies? It's explained there. Dumbledore was already dying from the curse on the Gaunt ring, and he'd asked Snape to be the one to kill him. He'd rather it be Snape than Malfoy since Malfoy had never killed before. When he was begging Snape "please" on the tower, he was reminding him of that request.
ILUVKOWALSKI These are very fair points. ^.^ I don't particularly like Snape as a person, but his character was interesting. Because simple fact was, yes he did get bullied, but James and that lot grew out of it, and became better people, whilst Snape just went on to bully children. And that was his choice. You can still be on the good side, but also be a dickhead. And I think Neville's boggart being Snape instead of the person who tortured his parents says enough tbh. He did do the right thing by protecting Harry, and being loyal to Dumbledore, no doubt about that, but he need not bully Harry, or anyone really, that was just out of spite, and uncalled for. Still, an interesting character, fun to debate about.
ladylana65 @ILUVKOWAL SKI I think he bullied Harry or was very mean to him only because by any chance he had to convince Voldemort that he was on Voldemort's side, not Harry's. And, somehow he had to convince Harry not to trust him. If Harry showed even a single sign of trusting Snape, Voldermort would know since his and Voldemort's mind used to connect from time to time. I'm just saying my opinion, which i believe to be true. Please don't take it otherwise. I'm not criticizing :)
Flickerflame That doesn't explain the first 3 years though. Snape couldn't have known that Voldemort would return. And, like I said in the article, I doubt Voldemort'd be that interested in teacher/student relationships at Hogwarts, plus Snape could explain treating Harry (and others) more fairly as maintaining his cover with Dumbledore.
ladylana65 Yeah, you've got a point. Maybe Snape did hate Harry a bit as Harry reminded him so much of James.
Flickerflame That and the fact that Harry was living proof that Lily had chosen James over him.
ladylana65 Yeah, that too. Maybe his love for Lily was greater than his hatred for James and the fact that she chose James over him . That's why he could still risk his life to protect Harry, though the prophecy clearly said Harry would have to die to destroy Voldemort. It all fits in. But did he never care about Harry even a bit? I like to believe he did even though he wouldn't show it.
Flickerflame The prophecy didn't say that Harry would have to die - "Neither can live while the other survives". It was Dumbledore who revealed to Snape that Harry would need to sacrifice himself. And Snape did care, in his way. He got angry about it. But it was all for Lily's sake, which he proved by showing that his patronus was still a doe.
ladylana65 Yeah, those weren't the exact words. But Harry would have to die/sacrifice himself, that's what the hidden meaning was. So i said that instead. It might just be for Lily's sake. But still I am somehow convinced that he did care a bit thinking why would he be willing to do so much for Harry when as you said Harry is the living proof that Lily chose James over him, and when the woman he loved was already dead. Anyway, it's just my way of thinking.
Flickerflame I just thought it was ensuring Lily didn't die in vain/Lily's last wish. The prophecy didn't suggest any of that though. More like the opposite.
ladylana65 What you think is practical and more likely to be true. Yeah, it didn't. I shouldn't have mentioned that prophecy said that. I used it wrong. 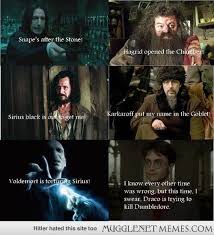 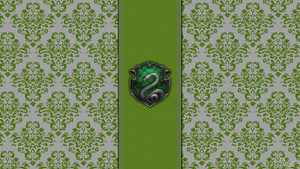 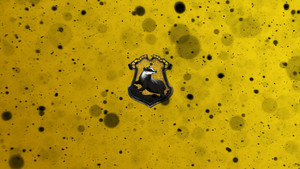 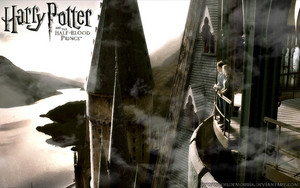 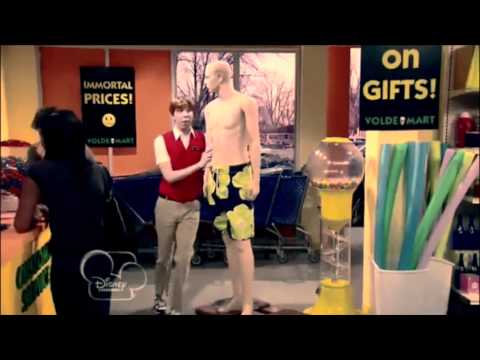 5
The Biggest Harry Potter Fan Ever
added by vanillaicecream
video 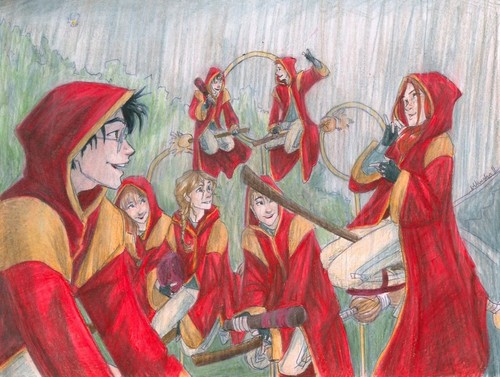 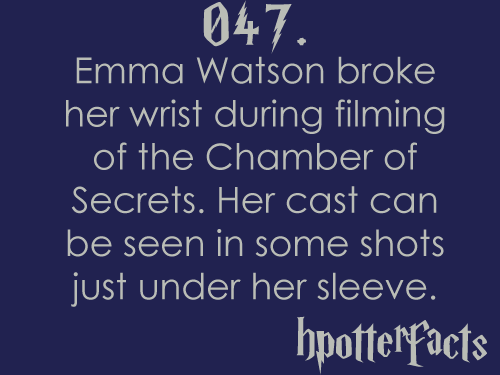 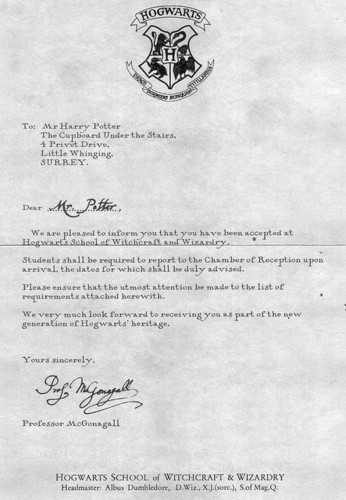 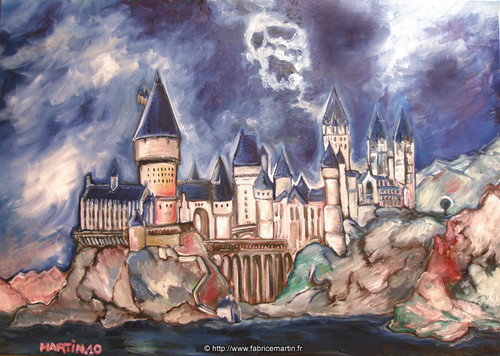 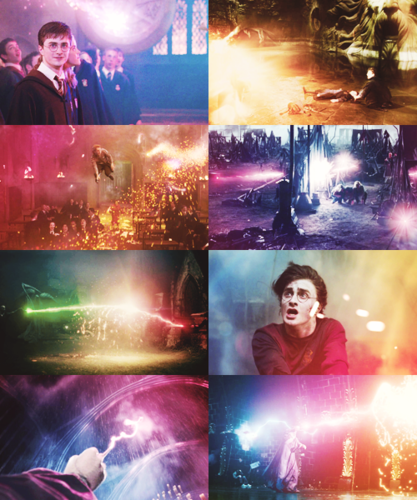 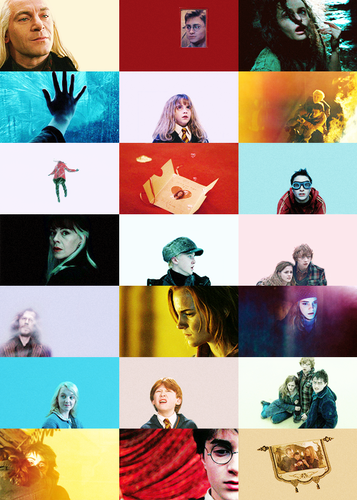 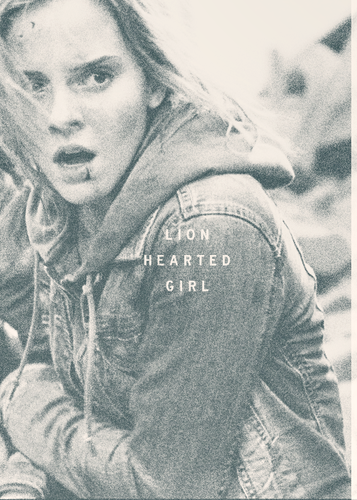