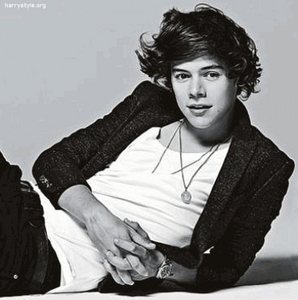 Harry <3
Note: This is an interview with Harry copied from Fabulous magazine..I own nothing of it..Enjoy!
_____
So, Harry, A lot has happened in the last year..Do you feel like a different person?
Yeah, Now I look withered! Its strange because it feels so long ago, But at the same time its gone so quickly. I think we've all grown as people and we've grown as a group.

Of all the boys, and perhaps for a good reason, you have had the most press attention...
Hmm. At first, it was a bit overwhelming. But I now view it as something that comes with the job. Obviously, Some things I read make me laugh and some don't. but I am not gonna sit here and complain about it - it is what it is.

So you are saying you haven't been romantically involved with the girls you have been linked to, for example Made In Chelsea's Caggie Dunlop, 23, and model Cara Delevingne, 20?
Well sometimes I am, I am 18 so yeah of course I see girls and go on dates. But, for example. I met up with a girl from home for a coffee and suddenly I was going out with her, Stuff like that's funny, but I think if it hurts people, its not that funny.

You seem very at ease in the company of women.
I have a lot of friends from school who are girls. And I grew up with my mom. Anne, And my older sister, Gemma, So maybe it comes from that. Its very natural and I've never been awkward around women.

And is an older woman your preference? [Harry dated Caroline Flack, 32 and had a fling with married radio DJ Lucy Horobin, also 32.]
Its really not! I think it's just been a coincidence. I don't necessarily just look at women who are older, I like girls of my own age as well. Obviously my last relationship [with Caroline] was well documented and I think it kind of made it out to be only older women who I liked. But I don't base things on age. It completely depends on the person.

So you'd be quite happy to date an 18 year old?
Yeah! I'd never be like this: "She's not old enough for me". Its who you get on with. I don't think you should make too many hoops for people to have to go through. If you get on with someone and you like them, Then great.

What did you have in common with the older women you have dated?
I get that, for example, your references might be different. If someone's older than you and you are talking about TV shows you watched as a child, then your references are gonna be different. But you don't sit and talk about that all the time.

Are you still friends with Caroline Flack?
Yeah. We have a lot of the same friends and I saw her a couple of weeks ago at someone's birthday. We're fine. There seems to be an idea that every time we meet, we argue, but we don't.

Are you going on dates with anyone?
Not really. I am seeing people when I am out. But I am not going on specific dates.

Keeping your options open?
I guess so! [laughs] The fans can make life difficult for anyone you are linked to - they are very protective. I think some people get a little carried away. but then there are plenty of others who are incredibly supportive. [Right on cue our interview is interrupted by two blushing females asking for an autograph.]

All these women, Harry!
Ha ha! You watch, people will say I am going out with them by tomorrow morning.

Have you been sensible with your money?
My dad, Joe. is a financial advisor and he basically said that for every £10 you make, spend £6 or £7 of it wisely and have fun with the rest. So yeah, I've obviously had fun, But I am not being stupid. I've made sure I've done the right things first. I think its important to buy property. Which is what I've done.

What sort of fun have you had with it?
I really don't want to look back on this time and I think I could have had more fun. I think cars are probably a luxury - I've got a Range Rover sport and some other cars. Its nice to be able to give things to your family too. I think its just really cool to be in a position where you can think in terms of investing, so when I have kids and things are tough, I can sort them out.
______
Hope you enjoyed the interview! and its all copied from Fabulous magazine :) 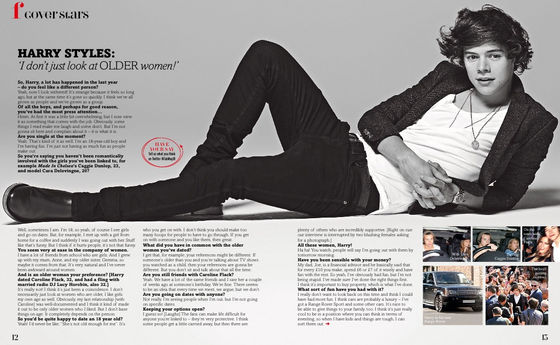 The original article :)
irish_hotness, Snoopy_Sophie and 7 others like this
S8rah Love it!<3
Vamp_Fan_25 [i]OMG I loved it! Ugh!Why is Harry so sweet?[/i]
Supergirl9374 [i]Loved It Soo Much! I Already have read it..but still i loved it so much..:** [/i]
anahg OMG! That's why i love him <3
Harry-_styles i love you harry but be with who makes you happy not with who the people want you to be happy with
fasharold omg i just love harry. 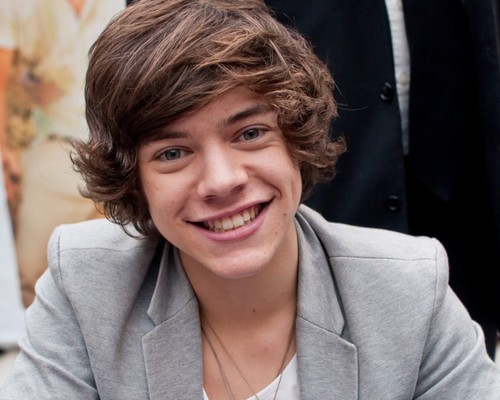 7
HarryStyles♥
added by BrilLiam
Source: Me :)) 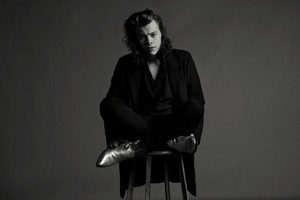 1
Made in the A.M.
added by Blacklillium
Source: Sven Jacobsen 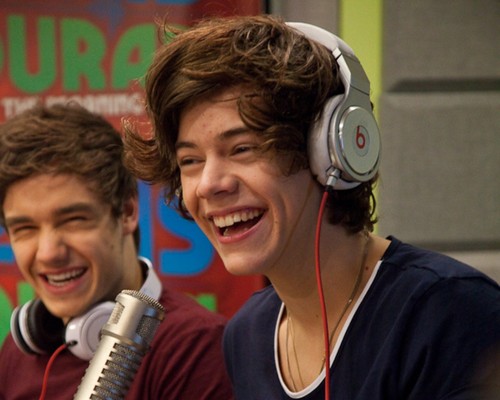 9
HarryStyles♥
added by BrilLiam
Source: Me :)) 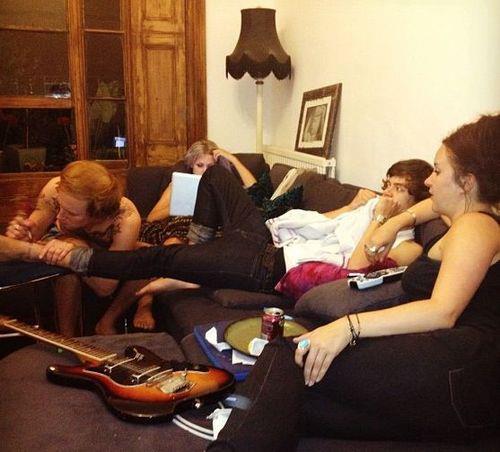 1
Harry getting his ankle tattooed by Tom Atkin today!
added by LOVING23 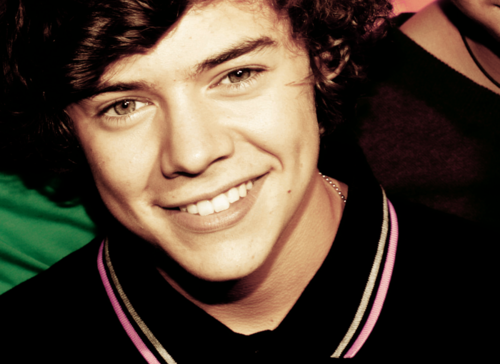 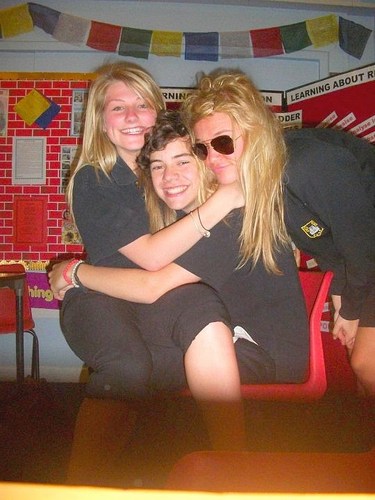 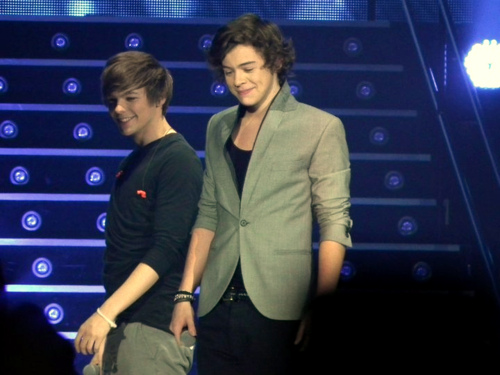 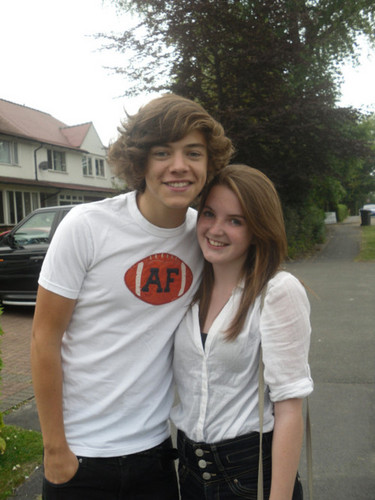 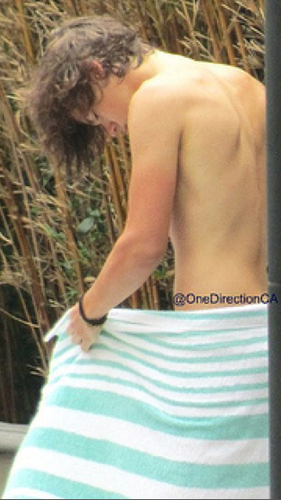 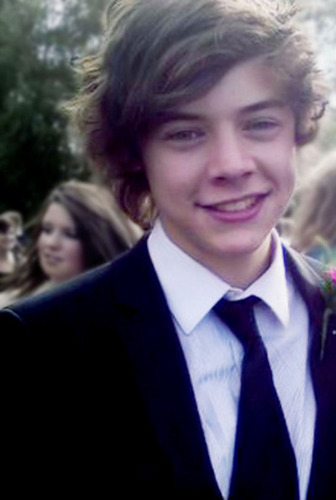 OMG! Its nearly time! Twenty minutes left! I had done my make-up and got dressed. I was wearing a knee high lenth, black top and black wavvy skirt with red roses. It was quite pretty. I was so excited I could barely sit still! I went to the toilet in case I wet myself on the way there! After I'd finish I got out my iphone to play a game. I kept on running out of time in the game cause I was nervous and I wasn't thinking staright. 10 minutes left! I sat up from my bedroom sofa and walked about nervously.
"This could be the chance to meet a boy! I wanted to get one for a long...
continue reading... 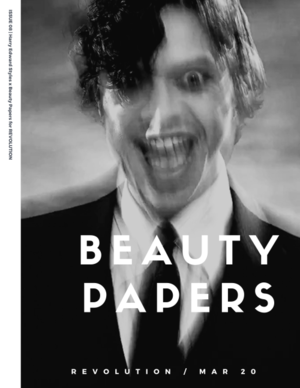 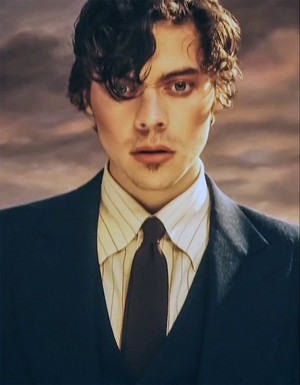 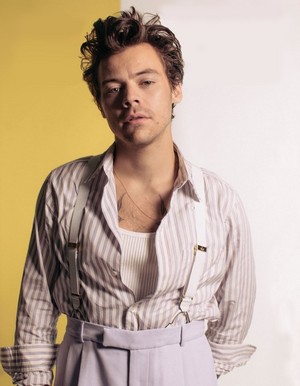 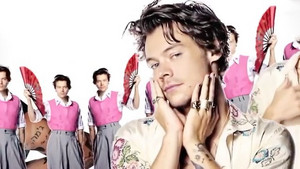 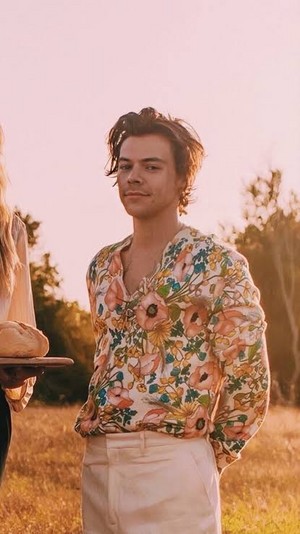 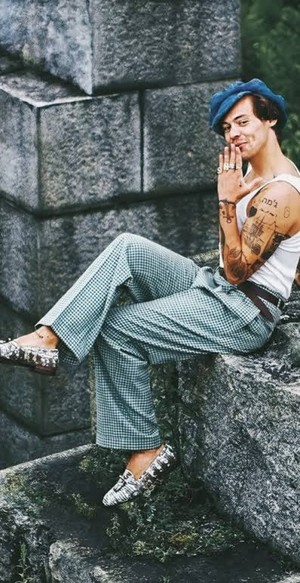 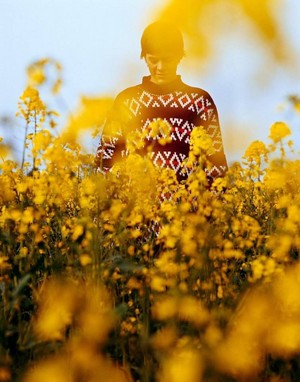