5
Season 3 Contestants
posted by michael
With Season 3 just starting, it's always a struggle to figure out who's who. So, here's my rundown of this season's contestants and what I think (having watched only the first episode).

Aaron, 48, Retirement Home Chef
Although he seems to had an even temperment, it seems that the pressures of the kitchen may be too much for Aaron (crying even before the restaurant doors had opened). I don't know what the job of a retirement home chef is like, but 48 may be a little old for someone not in prime physical shape to be able to keep up in a three star kitchen environment. It's too bad, because he seems like a really nice, fun guy.

Bonnie, 26, Nanny/Personal Chef
Bonnie seems to be a little outclassed by most of her competition. Her pedestrian skills in the kitchen and limited knowledge of how a commercial kitchen operates seemed to be evident as she tried to keep up.

Brad, 28, Sous Chef
It was hard to glean a lot of information about the men from the first episode. It does seem that Brad stepped up and rescued the appetizer station when Vinnie was pulled off.

Eddie, 25, Grill Cook
Eddie didn't get much screen time in Episode 1. My impressions are that as a grill cook (a particularly hot and high pressure position), Eddie should be able to stand up to the upcoming pressures of the competition.

Jen, 26, Pastry Chef
Jen also didn't get much focus this episode. She was shown trying to pull the women together a couple times and generally being a cheerleader. A pastry chef needs to keep her cool under pressure to deal with the exacting needs of pastry preparation, so that ability may come in handy.

Joanna, 22, Chef's Assistant
So many of the women seem to have attitude problems - especially the ones with fine dining experience (perhaps it's the cutthroat male oriented environement of most commercial kitchens). Joanna is no exception. When she initially takes charge of the kitchen, she gets in everyone's faces and tells them what to do. She also seems to have a problem with authority pushing back on Melissa after Melissa was put in charge of appetizers. She also seems particularly machiavilian saying "it doesn't matter who I have to f*** over to make me look better".

Josh, 26, Junior Sous Chef
Josh seems to have a lot of attitude (or puts up the image that he's full of attitude). Maybe it comes from being a Junior Sous Chef in Miami, or maybe he just thinks he's the bomb. Unfortunately, his foie gras really was raw (oh, what a waste of a wonderful ingredient!) and he still insisted it was "f*cking, damn, perfect".

Julia, 28, Short-Order Cook
Although Julia hasn't been to culinary school and is looked down upon by her competition since she's a cook at the "Waffle House" (a diner), she does seem to be able to cook. Her diner experience proves useful as she fries quail eggs with steady hands (where others had failed repeatedly before her). Unfortunately, it's not clear that she's able to run a kitchen and create her own menus.

Melissa, 29, Line Cook
Melissa's got a lot going for her as this competition begins. Working in New York as a line cook means she's familiar with working in a fine dining kitchen and knows how a restaurant is run. In the first episode, Melissa managed to produce one of the two signature dishes that Gordon actually enjoyed. She also took charge of the kitchen after Gordon stepped in and removed Tiffany from the appetizer line.

Rock, 30, Executive Chef
I'm hoping for great potential from the only executive chef in the line up. Unfortunately, the first episode didn't give me much to work on except that Rock seems to be level headed and understands the rules of a commercial kitchen (unlike Vinnie who kept running his mouth).

Tiffany, 27, Kitchen Manager
The most glaring thing about Tiffany is her attitude toward Julia. Clearing needing help, she pushes Julia away believing that she justs wants her two minutes in the spotlight. It takes Gordon taking her off the station for the appetizers to start being plated (two hours after serving). She's clearly not a team player, her issues with Julia ahead of the kitchen. When Julia had informed Gordon of a communication problem, Tiffany spoke up and contradicted her. She also seemed to be particularly condescending to Julia when she asked/told her to cut apples. She does seem to be able to cook though, preparing the only other signature dish (besides Melissa's) that Gordon liked. Too bad.

Vinnie, 29, Night Club Chef
Vinnie seems to have an attitude problem, but he mouths off to the executive chef - a big "no no" in a kitchen. The other contestants seem to know better, but apparently there's no heirarchy in a night club kitchen. Being sarcastic to Gordon and talking back seems to be a recipe for future disaster.
always-forever, Laura90 and 3 others like this
papa Aaron and Bonnie seem like they'll both be in over their heads. Vinnie and Joanna look to be the problem children. I'm betting Julia and Eddie will be competent workhorses (though not strong enough to run the show on their own). The "alpha" contestants appear to be Melissa, Josh and Brad, though it's still too early to do much handicapping of the frontrunners. 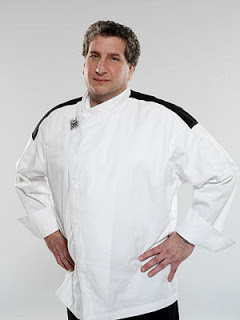 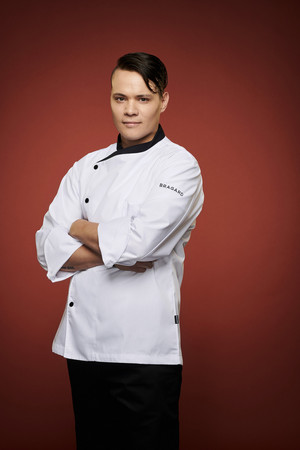 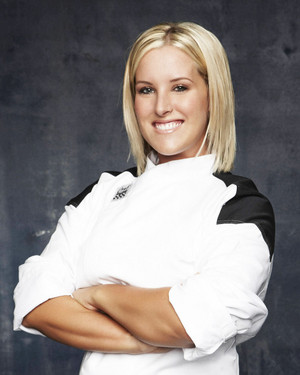 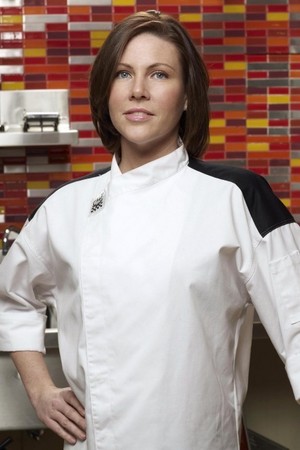 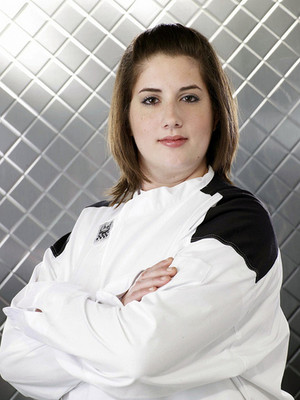 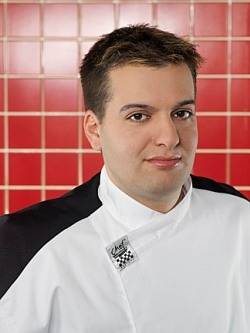 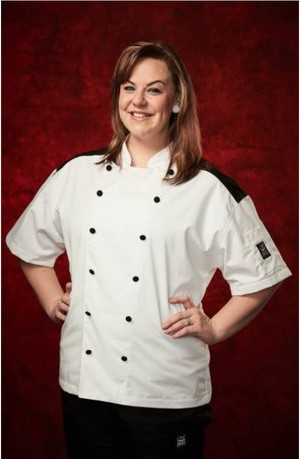 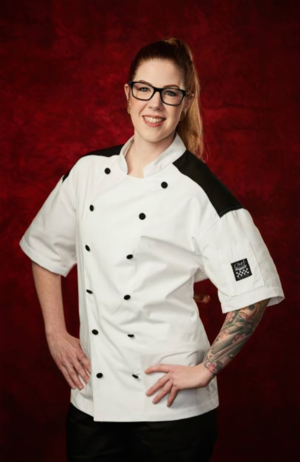 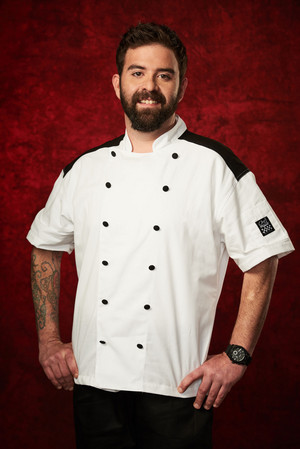 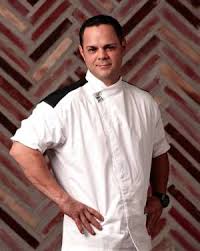 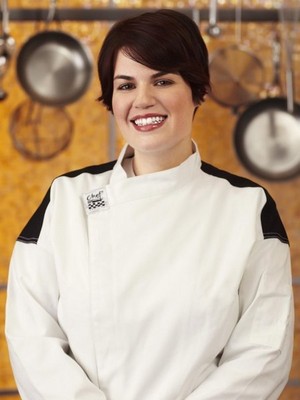 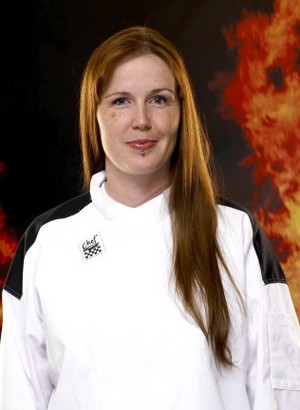 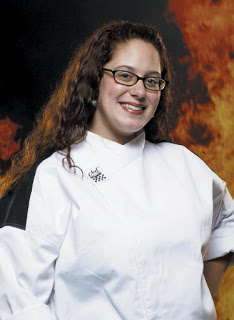 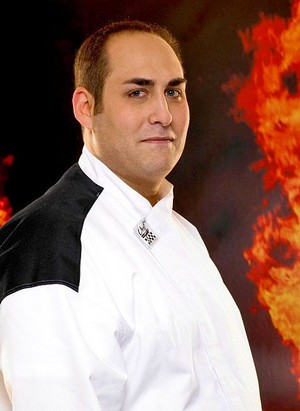 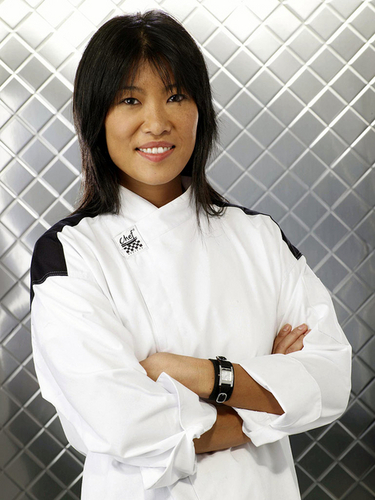 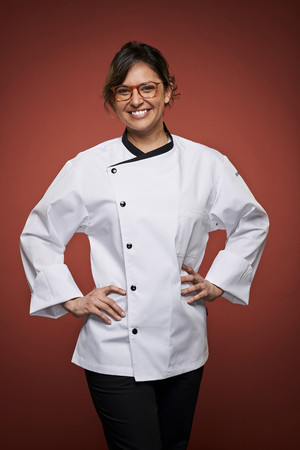 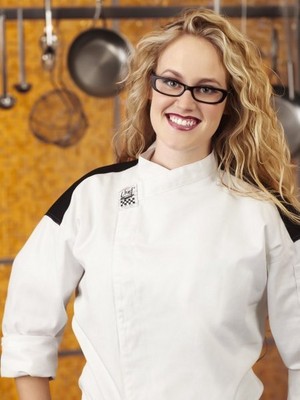 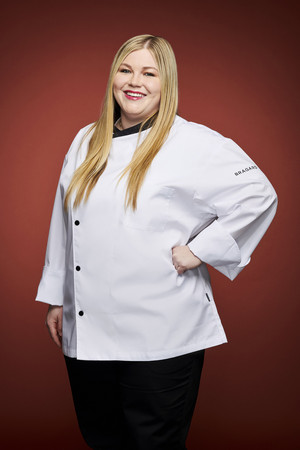 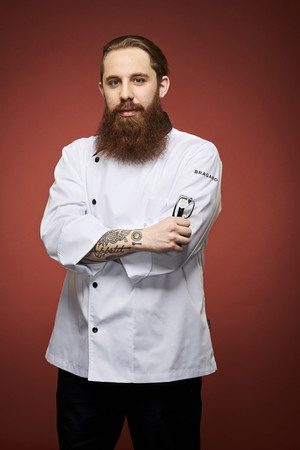