8
A Guide to Writing Fanfictions and Roleplaying Accurately.
posted by MallowMarsh
Okay, so you love Hetalia. But, just being a fan isn't enough for you. You want to really get involved in the fandom, roleplay as your favorite character, maybe write a fanfiction or two.

Well, that's cool, but, most fans can sometimes make some mistakes when it comes to roleplaying or writing fanfictions. Hetalia is such a diverse fandom, so the possibilities are endless! But everyone makes mistakes. I'm not saying that everyone in the Hetalia fandom is horrible at writing fanfictions, I'm just trying to say that sometimes, mistakes can be made, and there can be consequences sometimes.That's why I've made this guide, and I hope it'll help most people who need tips on things to avoid when writing a fanfiction or roleplaying in the Hetalia fandom.

Don't exaggerate the personalities of characters.
Yes, I know, stereotypes are exaggerations. However, there are some people who exaggerate the stereotypes, which I think should be avoided. For example, an American may eat 1 or maybe 2 hamburgers. The stereotype exaggerates this, making America eat 3 to 4, maybe 5, burgers. But the exaggeration of this stereotype is to make America eat a truckload of hamburgers, and if this exaggeration is repeated constantly, then it can get pretty annoying. Also, I have seen many people exaggerate a certain trait of quite a few characters. Take Prussia, for example. I have seen many fanfictions that include Prussia and many Prussia roleplayers who make him reference his "awesomeness" in every sentence at least fifty times, which is also pretty irritating. Yes, Prussia does claim he is "awesome," but he doesn't do that fifty times in every single sentence.

Try to avoid writing about or roleplaying touchy, sensitive subjects.
For example, try to avoid events such as September 11th, the Holocaust, and the bombing of Hiroshima and Nagasaki, just to name a few. There's probably people out there who will be offended if they don't like your style of writing/roleplaying it, especially if they are a survivor of the event or have lost a loved one because of the event. There are many people out there who are still very sensitive about these subjects, and it's better off to avoid touchy topics like these.

Don't go overboard with the verbal tics/phrases.
Ah, verbal tics and phrases. Hetalia has so many! Italy's "Ve," China's "Aru," Romano's "Chigi," Poland's "Like" and "totally," South Korea's "Da-ze," etc. Verbal tics and phrases can definitely add some life to characters, but can be very tedious and annoying if they're crammed in between every word/sentence the character says. Instead, sprinkle them throughout what the character is saying, and don't put them everywhere just to fill up space. Here's a tip that I use. Before writing out what the character says, I try saying it to myself, and think about it. If I were that character, when and where would I say the verbal tic/phrase?

Here are some common mistakes that people make.

Correction: Hi! I'm like, totally Poland, and this is Liet.

Mind your language.
No, I'm not talking about bad words and insults. I'm talking about the language that the characters speak in. For example, don't make Italy call Germany "Doitsu," and don't make Germany call Italy "Italia." If anything, it would be logical for Italy to call Germany "Deutschland," because that's what Germany is in Italian, and Germany would most likely refer to Italy as "Italien," because that is what Italy is called in German. However, this isn't necessary at all, I have seen plenty of good fanfictions and roleplayers that use only English.

Try to avoid writing in accents.
It makes me get a headache whenever I look at accents, and try to decipher what the character is saying. Don't replace Japan's l's with r's, don't replace Germany's w's with vh's, and don't-a make-a Italy-a talk-a like-a this-a. It can be very annoying and tedious to some people when they try to read something that is written with a very thick accent.

Well, there you have it. These tips are pretty much all of the tips I know. I really hope this will help other Hetalians out there! Thanks for taking the time to read this, and good luck roleplaying or writing that fanfiction!

~MallowMarsh
Natsu123, _I_Ship_It_ and 6 others like this
HeartfulStitch -glomps you- Iz-chan thank you so much~!! This will SERIOUSLY be a huge help to me~ -fans and favorites- I will treasure this with my life~
MallowMarsh Oh wow, I didn't think this would actually help anyone~! Thank you so much~! <3 *is glomped*
ivoryphills Wow, I have actually learned a lot from this! Thank you! (Ha ha ha, I loved it when you mentioned the stereotypical "Italian" dialect; it's so weird how writers would put "-a" after every word.)
MallowMarsh Really? Well, you're very welcome! ^^ And yes, I find it strange when people overdo it, too. xD
awsome_Prussia yeah Prussia dosnt just yell im awsome, he also has a teasing personality with a slight bit of aqwardness, just cos u say ur awsome dosnt mean your a prussia
MallowMarsh ^ Yes, I agree. I can't even count how many roleplayers I have seen who claim to be Prussia say nothing but "awesome" all of the time.
pumpkinqueen Only thing I don't agree with it showing the accent
MallowMarsh ^Well, I suppose it's fine if you prefer showing the accent. I just don't like it when people overexaggerate the accent to the point of the reader not knowing what the character is even saying.
BiracialMidget Hey there! This article is really good! Although, there was one mistake. As one who has beeen studying Italian for a while, from what I remember, in Italian, the word for Germany is "Germania"! "Deutschland" is German for Germany ;) That's the only thing! The rest is great~ 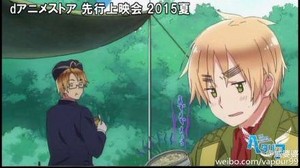 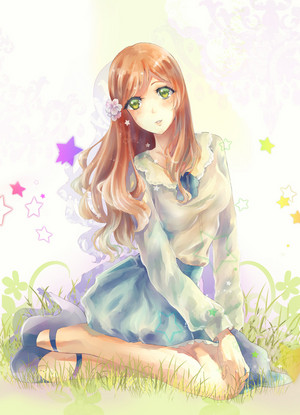 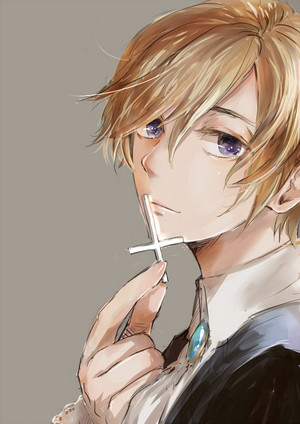 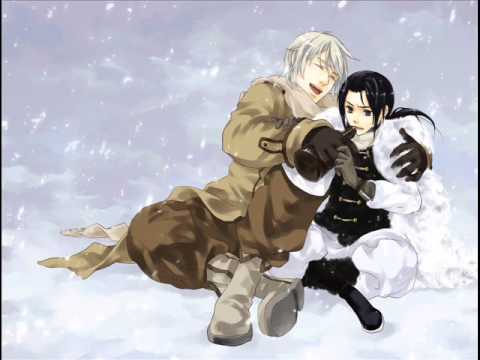 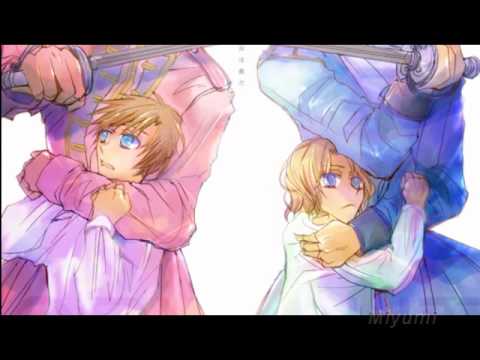 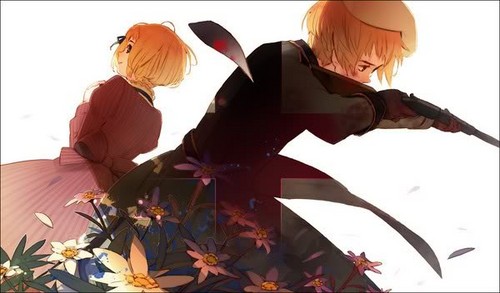 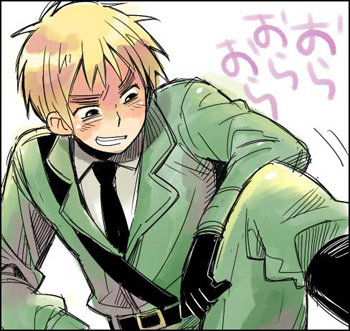 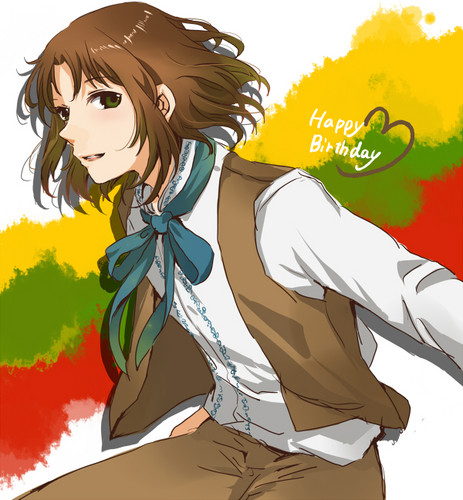 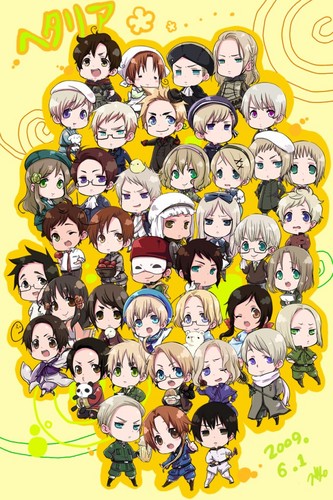 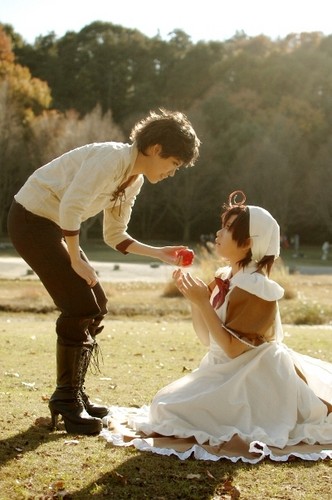 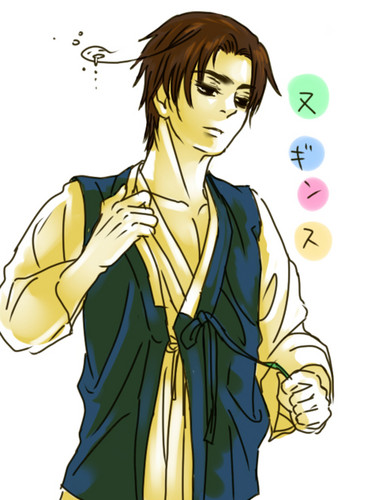