3
About Rena Ryugu
posted by MaddieChan
Rena is in the same grade level as Maebara Keiichi, though she is slightly younger than him, with her birthday falling in July. As Higurashi takes place in June, Rena would not yet have turned 16.
Rena is known to have an obsession with all things cute and will often try to take those things home with her, whether they are hers to take or not. Such things include the "Kenta-kun" doll, Furude Rika, Hanyū, Satoko, and any of the club members in punishment game outfits. She spends much of her time "treasure-hunting" at the town's trash heap in search of cute things, which often appear appealing only to Rena and more often than not are rather odd. According to Mion, while Rena might seem cute herself, people should be careful not to anger her as she becomes quite scary. She is very sensitive about the topic of Oyashiro-sama, who she fears will curse her for leaving Hinamizawa.

Rena has a sort of secret base in the trash heap: an old van that has been hollowed out filled with the sort of things she likes, which she sometimes retreats to when she's distressed. In her words, no one else knows about her secret spot, and it is close enough to the middle of the dump that no one outside can hear anything.

The Higurashi fanbase tends to be argue over whether the item she found in the town's trash heap (anime), or a tool shed (manga and visual novels) was a cleaver, billhook, cane knife, or a hatchet. The popular term is "cleaver", however the most accurate term would be nata. A nata is a gardening tool used for clearing brush, though it generally does not have the spike on the end that Rena's does.

Rena's parents are both fashion designers, and while she was born in Hinamizawa, her family soon moved away to Ibaraki, for the sake of her mother's advancing career. Her mother soon started an affair with a co-worker, and Rena met him a couple of times. She found him to be generally agreeable, although she didn't understand the reality of her mother's relationship with him until her mother asked her come away to start a new family with the two of them. Her mother was pregnant with the man's child, and was planning to leave her father.

Her father was devastated, and Rena blamed herself. She remained very loyal to her father after her mother betrayed/cheated on him, and as shown in Tsumihoroboshi-hen she is willing to go to extreme lengths to protect him. She spurned her mother, saying she never wanted to see her again, and nearly went mad with the guilt. She would cut at herself, especially at and around the neck area, trying to get rid of the "filthy blood" that was left in her by her mother, and imagined it to be filled with maggots.
The maggots in question, as seen in Tsumihoroboshi-hen.
Added by Kantoku

Rena started to behave in violent and erratic ways, and during this time she attacked three of her male classmates. However, there is some implication that they were the instigators of the incident since they decided not to press charges, and in Matsuribayashi-hen it is revealed that they had attempted to rape her. She also smashed all the windows in her school with a baseball bat and was eventually hospitalized.
Rena later claimed that what broke her out of this state was the Shrine God of Hinamizawa, Oyashiro-sama, who "said" to Rena: "If you want to live, move back to Hinamizawa; that's the only way you'll be safe." Rena and her father moved back to Hinamizawa, and Rena, whose birth name was "Reina", changed her name as a part of her new start (though English speaking viewers may find the difference negligible aside from spelling). According to the Tsumihoroboshi-hen TIPS, the other purpose of removing the "i" in her name was, as interpreted by Rena herself, to "remove the i-cky things" (いやなこと iyana koto), though later she realizes that "the "i-ncredible things" (いいこ ii koto) also start with an "i".
Mamiya Rina and Rena's first names, identical with the exception of the vowel, could be considered the two halves of the name "Reina", in which "Rena" is the good, untainted half of the name and "Rina" is the epitome and physical existence of all the "i-cky things" and the bad experiences in Ibaraki.
Rena beating Ritsuko to death.
Added by RZero
Rena's experience with Oyashiro-sama allowed her to bond with Hōjō Satoshi when he started having similar experiences. In Tsumihoroboshi-hen, Mamiya Rina and Hōjō Teppei, both scam artists, target her father. In an attempt to protect her father and herself, Rena ends up fighting and killing Rina, and although it begins as self-defense, she later leads Teppei out to the junk yard and kills him as well. Not long after this, Takano Miyo entrusts her with her scrapbook. Takano dies shortly after, but after reading the book Rena begins to question the nature of Oyashiro-sama and the honesty of her friends. She takes the school building and those inside hostage, and only the intervention of Keiichi stops her from making another horrible mistake and becoming another fatality of the Hinamizawa Syndrome.
Physical AppearanceEdit
Rena has short orange hair in an angled cut with long sides, and her bangs part on the left of her forehead. Her eyes are blue and droop at the ends.
On her school days, Rena wears a fairly typical sailor fuku, complete with a yellow ribbon, and white socks with dark brown shoes. On her free days, she wears a white dress with a purple bow and sash and long silt up the middle, complete with "her favorite" white cap. She also wears thigh-high black socks with brown knee-high boots. Rena's blood-stained cap was used as a message to Sonozaki Mion in Taraimawashi-hen and a message to Hōjō Satoko in Yakusamashi-hen.


Rena's appearance in Higurashi no Naku Koro ni Kai
Added by Sparkadillia
In the first episode of Higurashi no Naku Koro ni Kai, Rena appears as an adult in a purple business suit. She has the same hairstyle, though it is a bit longer, and seems to have grown much taller since June of 1983 even taller than both Akasaka Mamoru and Ōishi Kuraudo by a few inches, though that may have been just a simple production studio mistake.
On Rena's Higurashi no Naku Koro ni Matsuri sprite, her sailor fuku tie has a blue knot that has a small white cross in the center of it, similar to the pin Takano Miyo wears on her left side when she iswearing her black military uniform.
DivaChipette1, DarkScarletMoon and 1 other like this 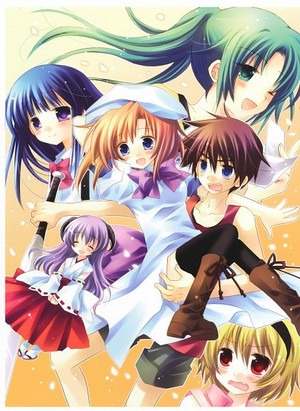 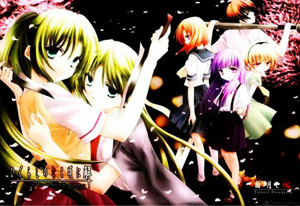 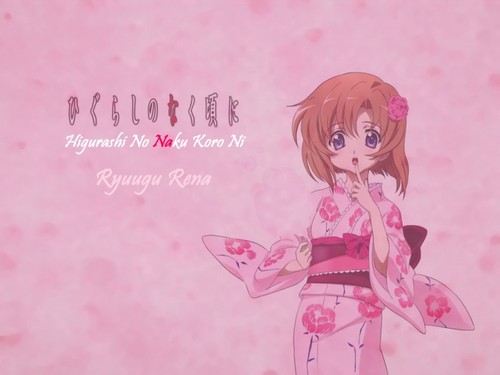 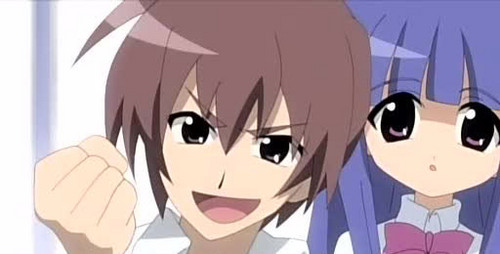 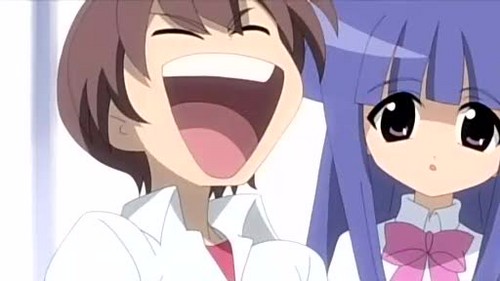 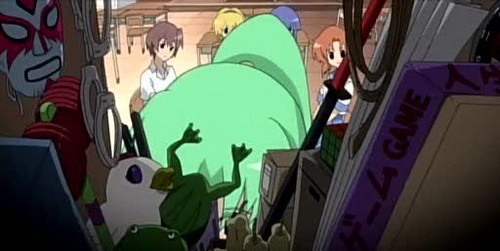 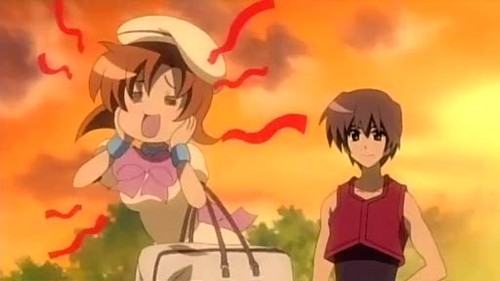 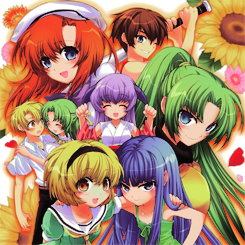 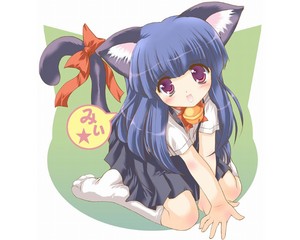 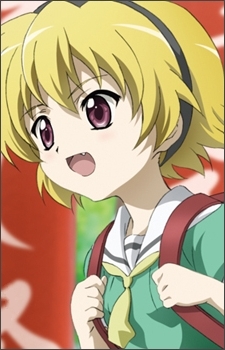 ika seems like little more than a secondary character for much of the first half of Higurashi. As the story progresses, however, viewers learn that she is actually at the heart of most of the strange events, as her death is the trigger for the Great Hinamizawa Disaster and following incidents. Despite only being killed five times on-screen, dialogue eventually confirms that she has been killed once for every arc (excluding Matsuribayashi-hen and Miotsukushi-hen) and all other unseen worlds.
The villagers of Hinamizawa hold Rika in high esteem, as not only is she the only daughter of the Furude...
continue reading... 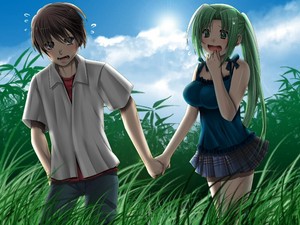 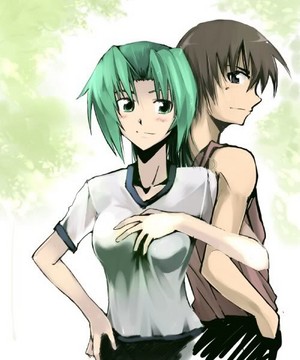 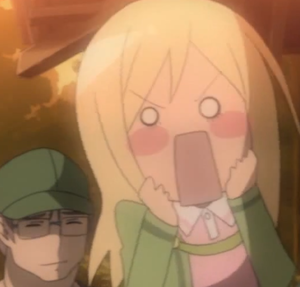 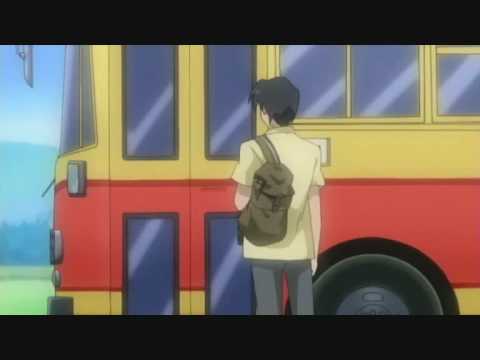