3
About Mion
posted by MaddieChan
Mion is the heir of the head of the Sonozaki family, and is the leader of the Hinamizawa School club. As the oldest in the class, she is the Class Representative, often shortened to Class Rep. She is the granddaughter of the current Sonozaki head Sonozaki Oryō. Because her mother, Sonozaki Akane, married a man from outside Hinamizawa, the heritage was passed immediately down to Mion rather than Akane, as she was the next oldest female. As the Sonozaki family is quite rich, it is obvious that Mion has a large allowance. The 50,000 yen that was announced as the winning prize at a game tournament is said to come from her own pocket.
Mion is 17, according to Higurashi no Naku Koro ni Matsuri, with a birthday in early February.

Mion is a tomboy and calls herself "oji-san" throughout the games, manga and anime. However, no matter how boyish she acts, she also has a girly side when opening her heart, mainly to her twin sister Sonozaki Shion. It is revealed and very often strongly hinted that she has a crush on Maebara Keiichi, which she expresses by picking on and teasing him at every possible occasion.


Mion as a child in Nekogoroshi-hen.
Added by RZero
Due to being the next heir, Mion was branded with the oni (鬼, ogre or demon) tattoo on her back. The tattoo is a right reserved for the oldest child and thus the heir, but Mion was actually born as the younger sister, and therefore born with the name Shion.
Mion and Shion intentionally switched places when they were young, because "Shion" (current Mion) felt it was unfair for only one of them to attend family meetings. They swapped the day the oni tattoo was to be branded, resulting in the younger sister "Shion" (Mion) becoming the next heir. No one but the twins themselves seemed to be aware of this, and it is never brought up in the anime nor hinted.
Despite Mion's wild personality, she is noticeably the only main character who does not commit murder or becomes dangerously violent (possibly excluding Furude Rika). However, one of the TIPS reveals that she was once driven to kill as a result of jealousy over the attention Keiichi was getting from others, which she responded to by decided to eliminate the "competition" and keep Keiichi for herself.
If she needs to defend herself, Mion is also the only one who does not wield a weapon—her weapons are her body and strategical mind. She is trained in martial arts and is well-versed enough to even take down Okonogi easily, who has been training for years more than Mion has.

Although Mion is seen using a syringe once in Onikakushi-hen, it is later revealed in Tsumihoroboshi-hen to be a black marker, which Mion was going to use to draw on Keiichi's shirt. It is said that the marker appeared to be a syringe because of Keiichi's paranoia and resulting hallucinations.

Added by Sparkadillia
Mion has long, pale green hair and teal eyes. Her bangs part in the middle and she ties her hair into a ponytail. She has a trim figure and a large bust. There is a large demon tattoo on her back, described in the sound novel and shown in the opening of the anime's first season.
During her school days, Mion wears a white short-sleeved shirt with green (anime) or red (games) tie and wears a yellow, unbuttoned vest. She also wears a long reddish-pink skirt, black socks, and brown shoes. During her free days, she wears a yellow shirt with a slight black turtle neck, a white sweatshirt tied around her waist, blue jeans and brown shoes. She also wears an airsoft gun in a holster on her shoulder, though it is never used in the anime.

Once, in the anime's first episode, she is seen wearing a different variation of her free-day clothes; instead of her usual outfit. She wore a white shirt with a dark-red collar, shorts, a green sweatshirt tied around her waist and a purple gun holster.


Added by HiMizaWa
Bathing suitEdit
In the first episode of Higurashi no Naku Koro ni Rei, Mion was wearing a Chinese-style red and yellow bathing suit. Oddly enough, the large trademark demon tattoo is missing from her exposed back.
PersonalityEdit
Mion acts energetic and confident, often teasing her friends. As the leader of the after-school games club, she organizes various card or board games, which she has become extremely good at, partially through cheating. She is the club member that tends to win the most, but as Rena reveals to Keiichi, she was the biggest loser at the beginning of the club. Mion designs most of the "punishment games" that the loser must perform, but, again, at the beginning, she often had to do them herself. It is a tribute to her determination that she has advanced so far in skill.
Although Mion seems very self-confident and tomboyish, it is revealed that she is quite girly. This is an important point in Watanagashi-hen and Meakashi-hen, where Keiichi decides to give a doll he won to Rena rather than Mion, thinking that she would not like girly things; in Meakashi-hen, this event is shown to trigger the development of the Hinamizawa syndrome in Shion. However in Minagoroshi-hen, Keiichi is able to resolve this fate by giving the doll to Mion instead (of course Mion is a little hesitant to take it, as she says, "Wh-what?! I don't like that sort of thing! I'm sharp and spunky as you always say!" Keiichi, however, tells her that she's still a girl to him and she ends up revealing her girly side by saying, "Yes, I will treasure this doll," and looking lovingly at the doll.)

As the heir to the Sonozaki family estate, she must act very formal and responsible when dealing with family matters. As a result, Mion has another side of her personality that is in complete contrast to her normal self. When she assumes this role, she becomes almost completely expressionless, and very serious. A good example of this side of her is from Meakashi-hen, where she forces Shion to rip off three of her own fingernails as punishment, despite the fact that she cares deeply for Shion and later rips off three of her own as retribution
DivaChipette1, MayHaruka and 1 other like this 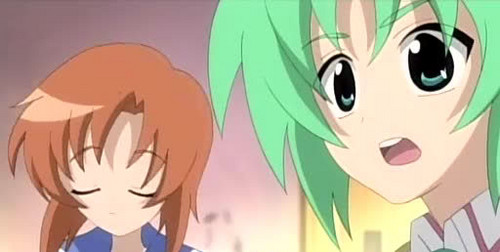 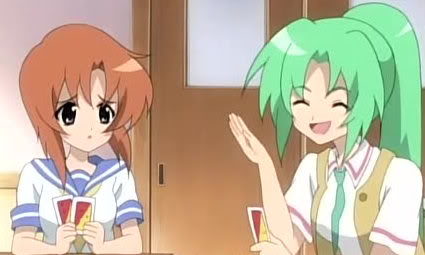 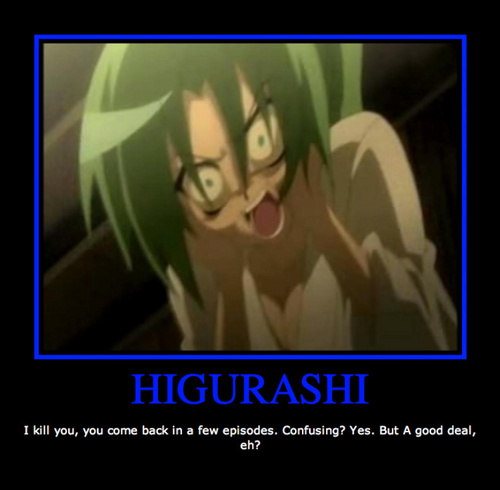 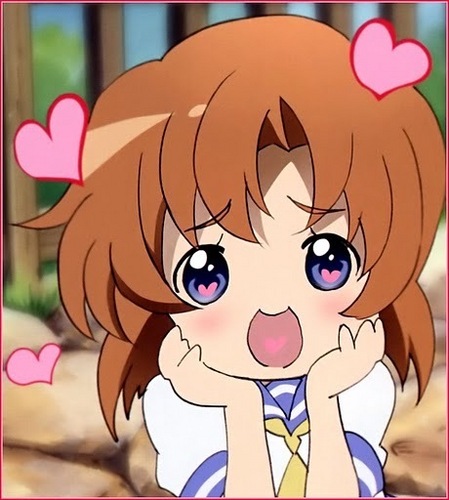 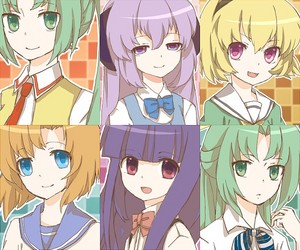 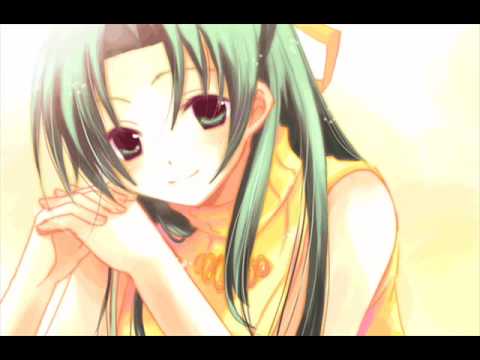 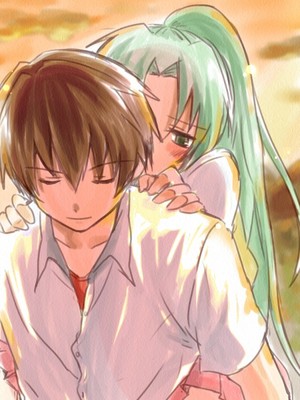 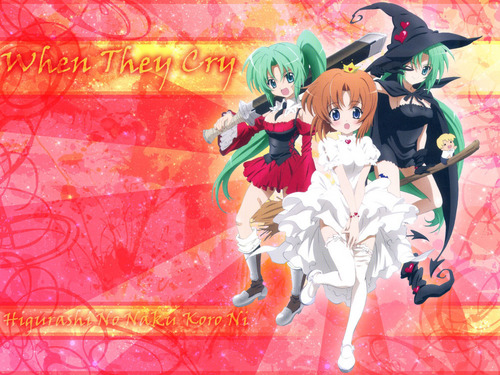 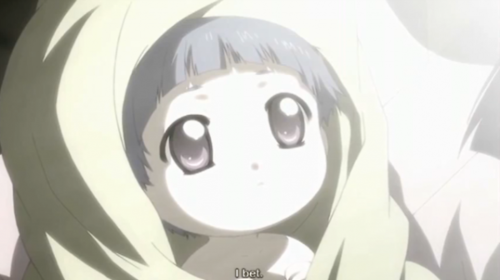 4
Rika as baby
added by GLEEFinchel 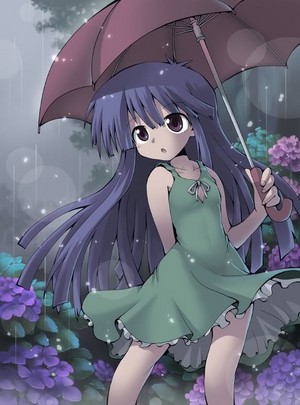 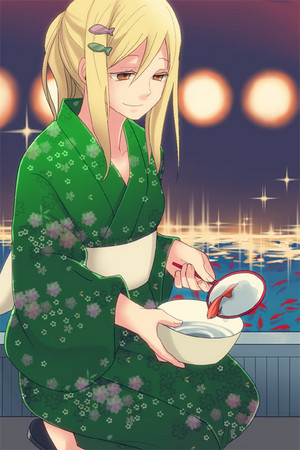 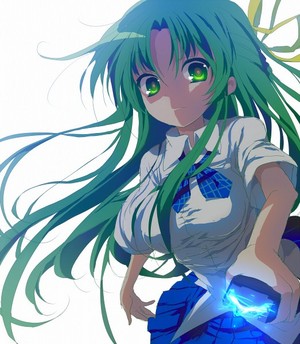 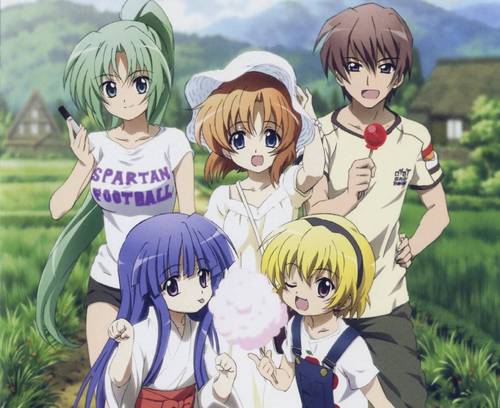 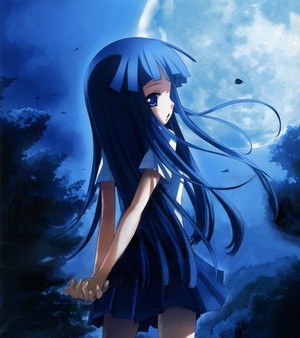