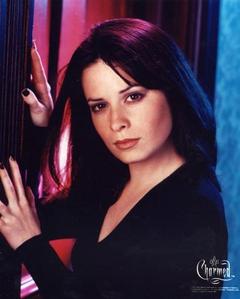 Real Name: Holly Marie Combs
Date of Birth: Dec. 3, 1973
Place of Birth: San Diego, CA USA
Height: 5'2
Sign: Sagittarius
Tattoos: 4
Hobbies: Gardening and Horse-back riding
Relations: Ex-husband: Brian Smith (93-97); Ex-boyfriend: Storm Lyndon
Current Boyfriend: One of the "behind the scene" members of Charmed
Family: Mother: Lauralei Combs
Comment about Charmed: "We have bloopers every day. You could basically sell our gag reel for money. I think some of our funniest moments are bloopers. We usually bump into something, drop something or break something."

Holly Marie Combs, who began wowing audiences around the world in her role as Kimberly Brock in the hit series "Picket Fences," now stars as Piper Halliwell on the WB's "Charmed."

Combs was born in Sand Diego, CA and moved with her family to New York when she was 8. Following in her mother's footsteps as an aspiring actress, she began her career working in television commercials and print advertisements at age 10. She won her first movie role by 13 playing the daughter of Don Johnson and Susan Sarandon in the feature film "Sweet Hearts Dance." At 18, Combs got her big break starring for four seasons as the insightful dauther of parents played by Tom Skerritt and Kathy Baker in the critically acclaimed drama "Picket Fences." A show dealing with the ups and downs of life from every age group and aspect, Holly's name became a household name!

In television movies, she has played an impressive range of starring roles, including the daughter of a murdered heiress in the fact-based "Daughters," killer Diane Zamora in "Love's Deadly Triangle: The Texas Cadet Murder," and rape victim in "Sins of Silence.

In feature films, Combs played a young girl propositioned by a wheelchair-bound Tom Cruise in the 1989 Vietnam War saga "Born on the Fourth of July." Additional big screen credits include "Chain of Desire" with Malcolm McDowell and Linda Fiorentino, and "Simple Men." Now with a role in the New movie Ocean's Eleven, this stunning actress spends her spare time gardening and horse-back riding! 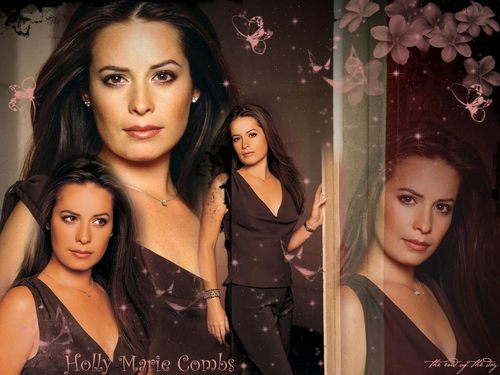 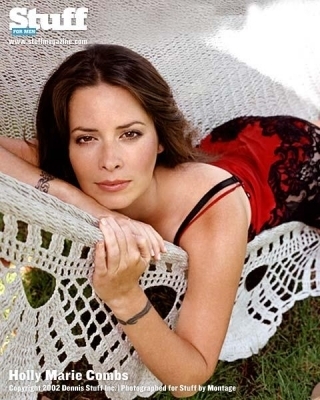 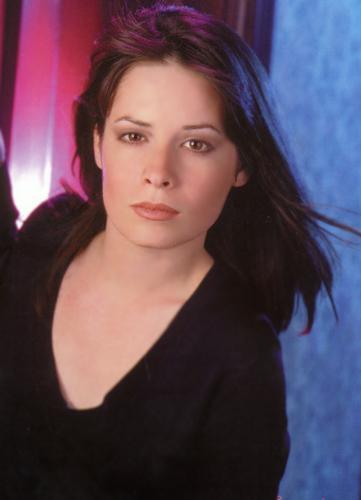 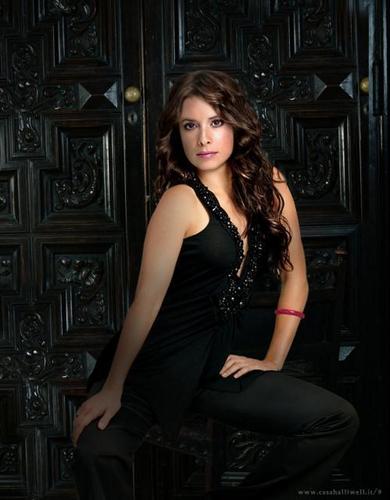 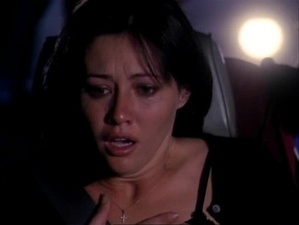 Charmed is a show about three estranged sisters named Prue (Shannen Doherty), Piper (Holly Marie Combs), and Phoebe (Alyssa Milano) who discover they come from a long line of powerful witches and are known to evil as The Charmed Ones. Despite being witches, they also have problems when it comes to love.
Prue dated and was engaged to her former boss Roger (Matthew Ashford) until he told her that Phoebe came onto him. She called off their wedding, quit her job working for him, and went to another job at Buckland’s Auction House before becoming a photographer. Prue found...
continue reading...
More Cards
1234567891011