2
Cascade (Creepypasta)
posted by Jekyde
I was sitting at home working on a few projects for school and I got a message from my friend Jamie on iPhone. She told me that there was an update for Homestuck and that I needed to check it out now. Now I wasn’t that into Homestuck but I decided to read it because Jamie kept bugging me about it and wanted someone to really read it with her.

Around this time it was close to a few weeks since the last update so this one might be big and good hopefully. I went to the MSPA website and found that the next page name is called [S] Cascade. This was going to be a flash update he is giving us. I clicked on the link to Cascade and when the page turned, the entire website paged turned completely black. I was confused for a second as to what was wrong with the page. I refreshed but the page was once again completely pitch black.

I had a feeling that maybe this was apart of the update so I went along with it as such. A loading screen finally appeared and it was the regular sburb logo. However there was something different with it. As the loading progressed, the logo’s bright green color grew darker and darker as small little red liquid slowly slid down from behind the logo and then in front of it. From the way the liquid looked like, I guess that it was blood. I didn’t think anything really bad at first but that maybe one of the characters was probably meant to die since Andrew Hussie was known for killing off his characters a lot in the comic.

When the loading finished, it was a shot inside of a dark room with the comic’s main protagonist John Egbert standing in his bedroom like at the comics beginning. Only this time he looked sad for some reason. Not only that but he was crying to. This made me confused and a little worried. Why was John back in his room, why was he crying, why is it so dark? I just shrugged it off and saw the chat box under the image.

I clicked it and the chat showed that john said, “Please…make the pain stop…it… it’s coming out…”

The words made no sense until I clicked the arrow button to the next page. There John was now on his knees holding his stomach tight and had a painful expression on while he continues to cry and he fidgeted a little. The text box this time shows John’s screams of pain and he kept repeating, “No! No! Please don’t come out…!” I was shocked by what I saw and was hesitant to click to the next page, but I had to see what would happen next.

I clicked the link and the image showed a sharp clawed hand breaking out of John’s back as he vomited blue blood. I jumped out of my seat from shock and looked at the horrific sight of the hand ripping out of his back. I clicked to the next page hoping this was just some prank hussie was pulling on us all. But this page showed that a body was crawling out of john’s back. It had horns on its head and one was claw like on the tip and the other curled down at a little angel at the tip. It was Vriska… Viska was prying her way out of John’s body wearing nothing but her white fairy outfit and she was covered in her own blood.

On the next page, Vriska looked at the screen, her eyes with completely rust colored like Aradia’s blood and had a wicked smile showing her blue blood colored teeth. In the text box it showed:

“YoU wIlL dIe LiKe ThE rEsT!” Vriska let out a blood churning scream as she came closer and closer to the screen.

The image started to look distorted and demonic like something you would see from the pits of hell itself. I quickly closed the tab from the page and turned my computer off running into my bed and holding myself in a fetal position.

I texted Jamie asking her is she saw the update. She texted back freaking out about how amazing it was and telling a whole bunch of info that I knew nothing of. She didn’t see the update that I saw… I decided not to tell her or anyone about it. From that point on I never looked at Homestuck again. A decision I wish I made before I saw that horrific update.
awesomesonic and KnuckleJoeFan13 like this
wishey Is it bad that all I can think about is how awesome Vriska is?
awesomesonic This. This is the most beautiful creepypasta EVER. 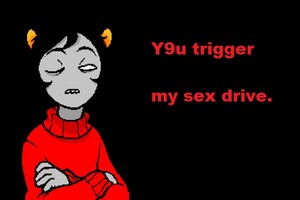 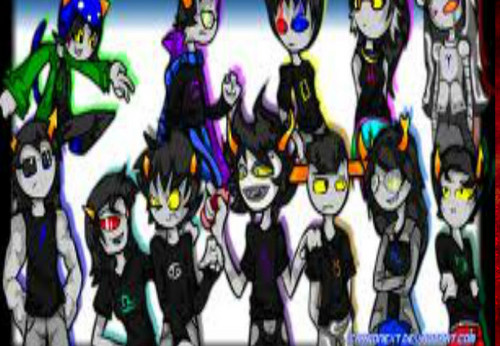 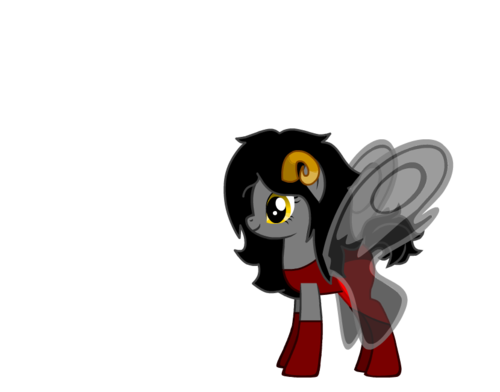 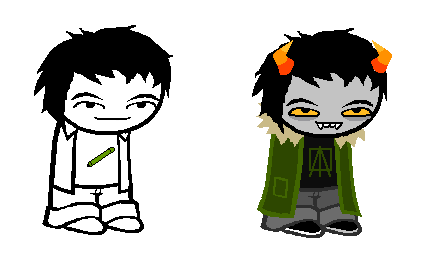 Echo
added by SonicKing
Source: Me 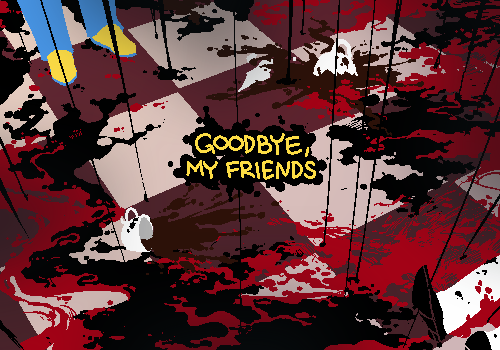 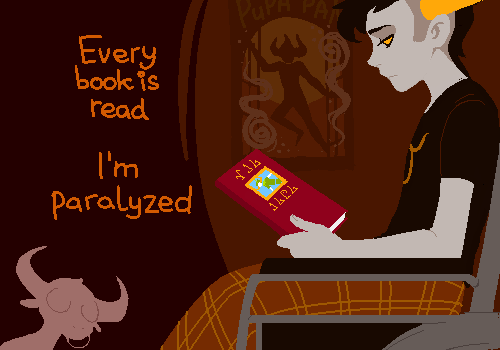 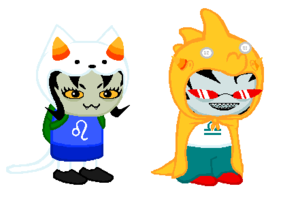 It's Adventure time!!!
added by CoolestDE 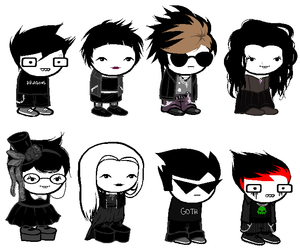 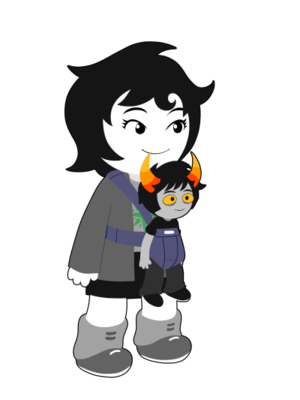 My bb
added by CoolestDE 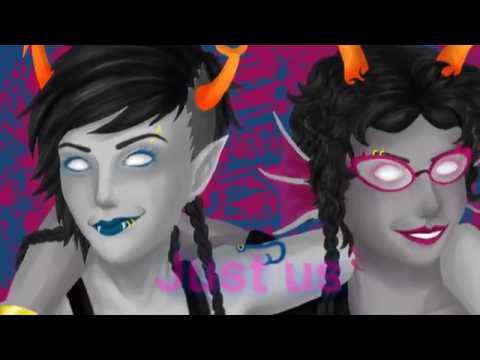 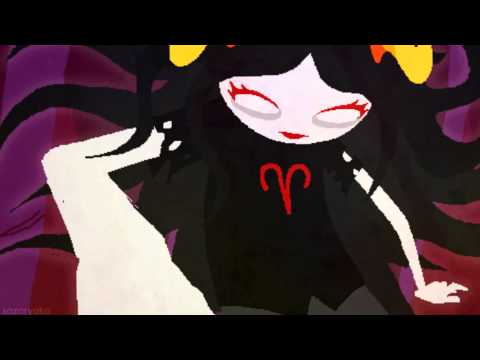 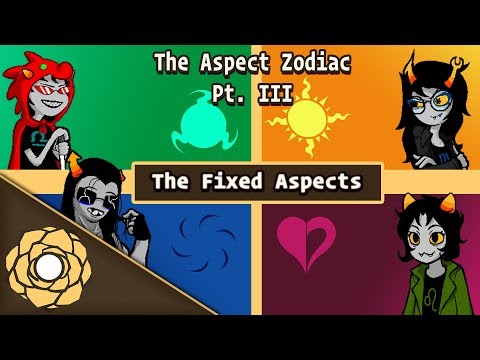 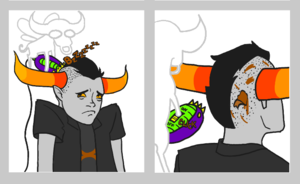 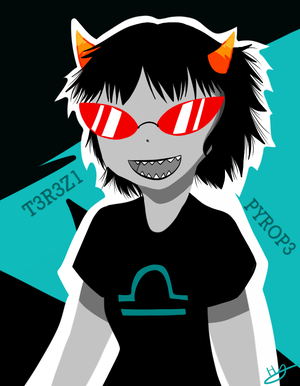 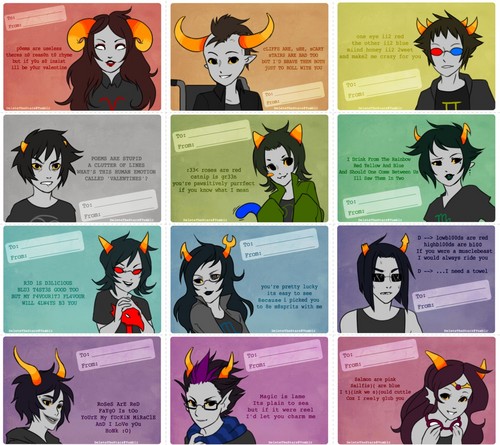 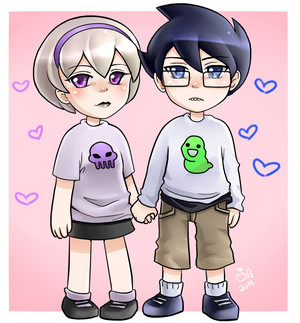