I originally posted this on IMDB's board for "Pet Sematary".

The kind that includes utterly disturbing and dark themes and images such as Stephen King's "Pet Sematary" or Wes Craven's "Nightmare on Elm Street". And by children I now mean people between ages 3-12. (I suppose 2-year olds would be too young to have any attention span to watch a movie.)

Yes, I know that young children do not necessarely get serious psychological issues from watching whatever horror, some may not even get nightmares. And I know children love horror. But there are so many possibilities in the genre that it doesn't really have to be THAT kind of horror to satisfy their little horror loving personalities.

As in what's the point of imprinting these kind of images and themes into such a young mind? A child aged 3 or even 7 can not possibly grasp the basic points and themes behind, ie. "Pet Sematary"'s story, not significantly well anyway so the great points and lessons of the story certainly aren't a valid reason. While those disturbing and dark images and themse certainly can not make anyone sane happier than they were prior to seeing the film. So "it will make my child happy" would be dishonesty to yourself.

So why let your child waaaay under the set rating, watch "Pet Sematary" (or similar) films? You know the rating is R for a reason? And that just because some type of R rated horror was fine, doesn't mean all types are? (Digging into that point later in this post.)
But the bottom line is: Just because they may turn out fine even with seeing that kind of horror, doesn't mean they must get to see it just because they want to. Because they can turn out fine even if they're made to wait for some years. Why not let their minds be free of unnecessary amount of darkness that much longer and have them watch horror of utterly disturbing and dark kind when they're actually close to the recommended age?

My parents let me watch horror when I was little but it was like...when I was 4-years old we watched "Critters", a silly horror comedy about furry alien creatures with very little disturbing images. And even then it was me and my whole family together. And all through my elementary school years I was let to watch R rated vampire movies but never at night but only record them on a video tape and watch the next day. And the point is: vampire movies - as in clearly fantasy creatures that existed also in childrens' stories.

Not movies about 2-year old baby getting violently killed in front of his parents and then rising from the grave possessed by a cannibalistic demon, running around with a scalpel gorily murdering his neighbour, his own mother and almost his father, and the father killing what was his own baby in appearence. Not movies with incredibly disturbing monster-looking evil ladies with a spinal problem screaming nightmarish things. Not movies about pedophile child murderers who return from the dead through dream world to brutally kill and harrass teenagers in their sleep.

Sure, "Pet Sematary" belongs to the category of fantasy horror and the Wendigo is a fantasy creature. But its kind of a story is nothing like a childrens' horror story and the Wendigo is not a creature from any childrens' story. Cannibalism doesn't appear in childrens' stories, at least nowhere near the way it does in "Pet Sematary". (Hence, I do know the story of Hansel and Gratel and it's NOTHING like Wendigo in that movie.) And for these reasons it can't be compared to fantasy horror like vampires. Neither can Freddy Krueger and the concept of the Nightmare on Elm Street movies. As in fantasy element in itself doesn't make it automatically suitable for children. It's through what and how the fantasy is included.

I remember I was 10 years old and spotted "Pet Sematary" movie's title amongst the TV programs in a magazine. Our translation of the title is in direct english translation: "Sleep, sleep my pet". Me: "Cute!" I saw it was horror. Me: "Wooh! Interesting combination! I want to see this!"

Thank God my parents did not let me, not even during daytime from a videotape. And they would've never ever let me watch "Pet Sematary" or similar horror movie before teenage years.

Also remark, that the 30+ years old Stephen King wrote "Pet Sematary" after a long career as awarded horror fiction author and after writing some of his stories based on his own nightmares...Yet even he got disturbed by the story enough to put it away and not want to publish it, feeling he'd gone too far with the subject matter. (He relucantly gave it up when his publisher insisted a final book due to the end of their deal.) Stephen King - one of the most best-selling, and awarded, horror novelists in the history of literature - wanted ro ban his own story because it got too dark with the subject matter. That should say a LOT.

I'm glad King gave the book for publishing because as an adult people can grasp and totally appreciate the basic points and lesson in that story.

For those who consider "Pet Sematary" nothing more but inappropriate filth, you probably missed the fact that it is a story about how far a human being can go in his deepest grief (which is worth telling as a warning sign and psychological study), how much horror a human mind can stand before it goes insane (which is worth telling for the same reasons), and how sometimes dead is better. Which is worth telling for it can literally help a person to deal with a loved one's death with so much more ease. And I personally can not think of any as effective way of making any of those points, than that kind of a story.

But those are the things that go right over young child's head. So there is nothing left for them but the disturbing and dark images. I would never let my child under teenage years, watch something like that.

And I really don't understand why any parent does. Hence, I'm not critisizing and wondering why parents let their young children watch horror, or even some R rated horror to begin with, but why disturbing kind of horror? When there is absolutely no need to let them and seeing these kind of movies certainly can not make them happy in any way that should count.

Can someone attempt to explain the psychology of such parents?

And no point in flaming me because I've made it literally clear in numerous ways, that I am not one of those up-tight absolute Christians who oppose to little children watching horror at all. Just can't comprehend why disturbing kind of and utterly grim horror. 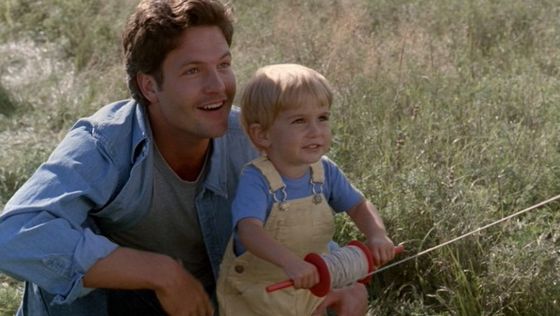 graystone and lloonny like this
jester616 This is an interesting post, and I'm wondering if you have some kind of percentage regarding the number of parents who allow very young children to watch horror. Over the years, I've come across complaints from movie-goers about parents taking young children to clearly inappropriate movies. The reasons usually given are either that they couldn't find a baby sitter, or they figured the action wouldn't bother the children. However, I haven't seen anything about this becoming a growing trend. What I have found new, because I have a school-age child, is the emphasis on monitoring what children see on the news, esp. when there are catastrophic events. It is recommended that we put the events in context, b/c the networks show the same scenes repeatedly. We are also advised to remind our children that there are many people ready to help. As for myself, I was around the age of 6 when my family used to watch a cheery program about WW II on Sunday evenings, during dinner, no less! I vividly recall the episode about the concentration camps, and was stunned by what I saw. It didn't occur to me to ask what was happening, and why, and no one thought to explain anything! I don't think I was warped by that experience, but I wouldn't have let my kids watch that program at such a young age. I don't have any conclusion. My 10 year old knows horror is make-believe, but he's not a big fan of it. I don't know why any parent would allow young kids to watch it.
bendaimmortal Thank you, and no unfortunately I don't have any percentage of the matter. I was inspired to write this because over the years by what I've seen and heard, very many parents do. And even one is too many, in my opinion. So I didn't say that it's become a growing trend (I don't know, maybe it has), but I wrote this based on the fact that it is quite common practice as it is. And completely irresponsible that of, in my opinion. And I wanted to raise awareness/address the issue. "I couldn't find a baby sitter" is one of the most selfish and irrespponsible possible. Because thus they're clearly fully aware of the situation at hand but still took the child with them instead of just going to see the movie alone at a time when they COULD find a baby sitter. And how could the action not bother a child? The action is MADE to, SUPPOSED to bother a viewer and targetted at adults or mature teens. Ahhhhh, oh the humanity. :S Yeap...Thank you so much for the comment. Much appreciated! :) 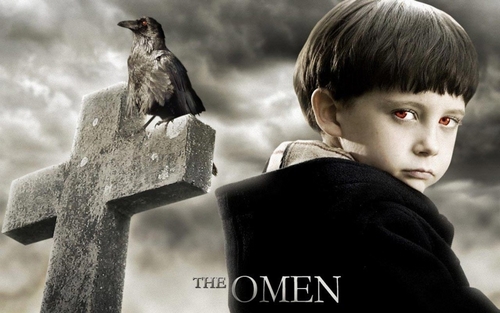 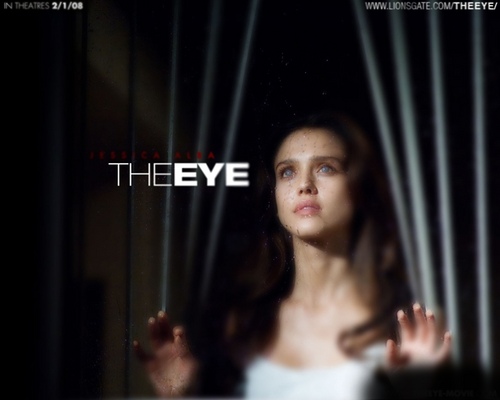 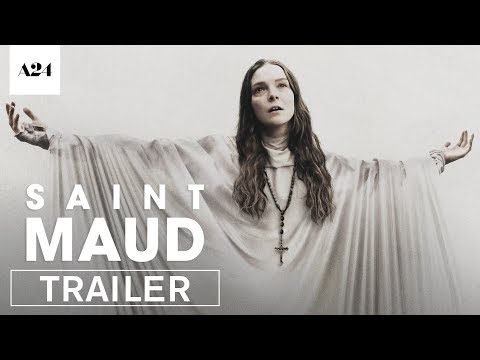 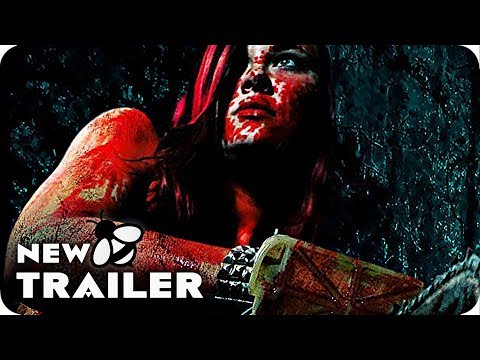 Don't Fuck In The Woods 2 Trailer (2018) Horror Movie
added by nermai
Don't Fuck in the Woods 2 picks up on the same day the 1st left off, with our lone survivor trekking through the woods looking for help. She stumbles upon a summer camp where the counselors are busy doing renovations to prepare for the new season.
video
don't fuck in the woods 2
movie
trailer
2018 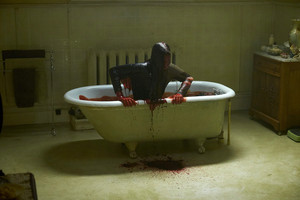 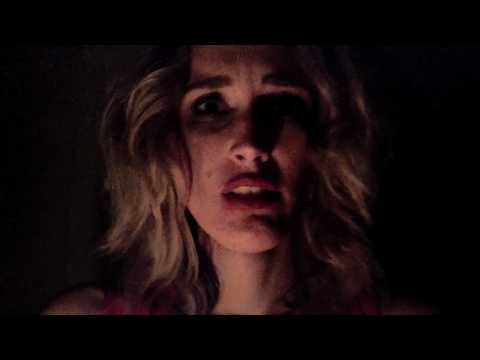 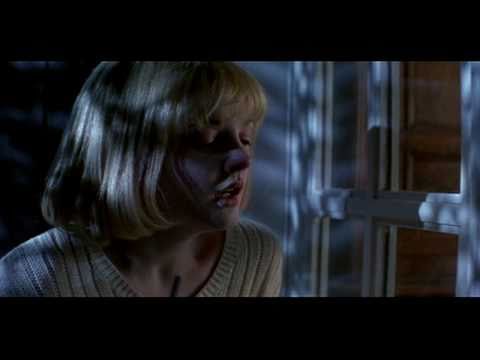 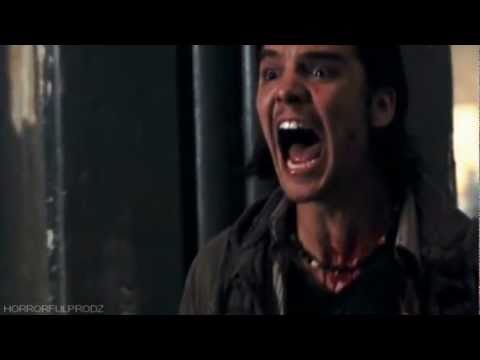 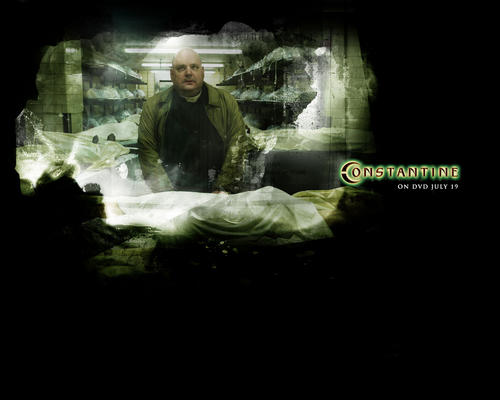 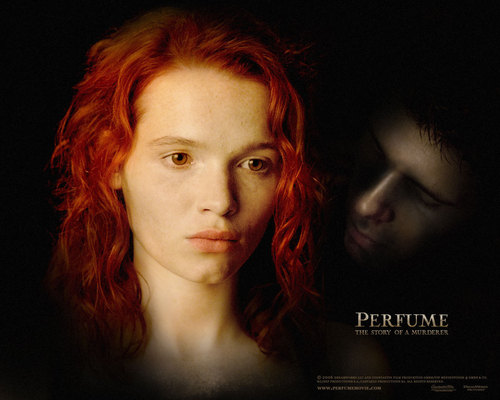 2
Purfume
added by goonies
Source: Purfume the story of a murderer 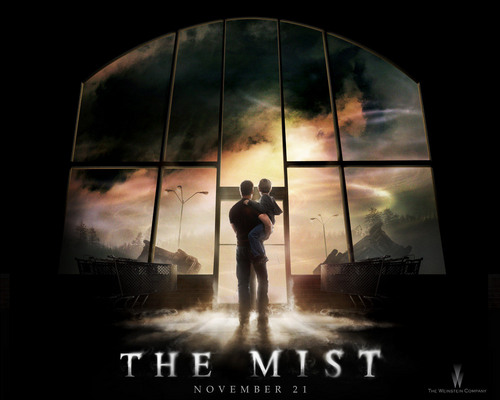 2
The Mist
added by goonies
Source: The Mist stephan king 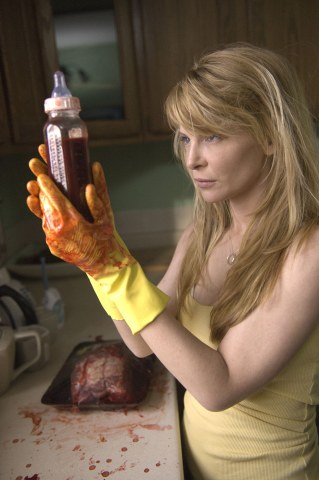 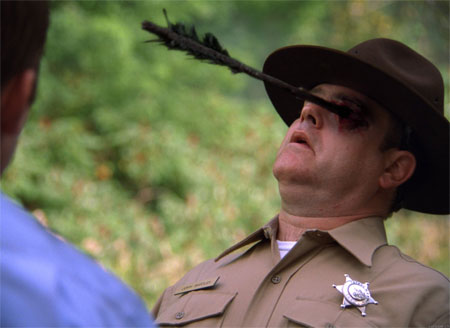 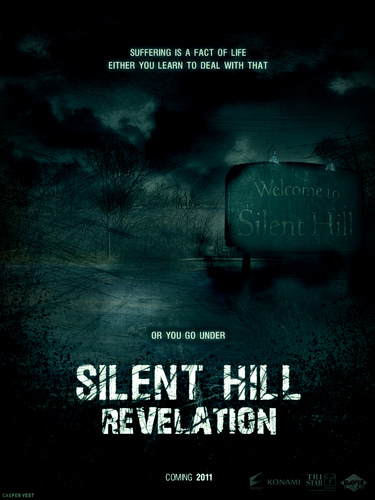 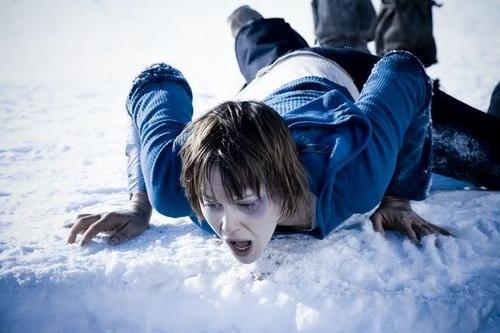