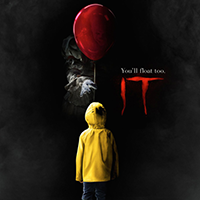 This review will contain NO spoilers.

It's important to note that while this could be seen as a remake of the 1990 Miniseries, it's actually a re-adaptation of Stephen King's original book IT. So while I may reference the miniseries now an again, during this article I will not be comparing the two. Just seeing this iteration as its own movie.

For those that do not know, as I stated above this is an adaptation of Stephen King's novel by the same name. The film tells the story of seven children in Derry, Maine, who are terrorized by the eponymous being, only to face their own personal demons in the process.

First off, I have been so excited for this movie for months now. So excited I actually bought my tickets 2 weeks ago when they first went on sale. Every clip, trailer, and TV spot that was released got me even more excited for it. I went into it knowing it was going to be great.

I did have one worry though, and that was the fact that the movie was 2 hours and 15 minutes long. I have the patience of a gnat, and if something doesn't grip me right away it never will. So I was a little worried at the length and figured it was going to start off a little slow. But it absolutely did not. The pacing of this movie was pretty spectacular. 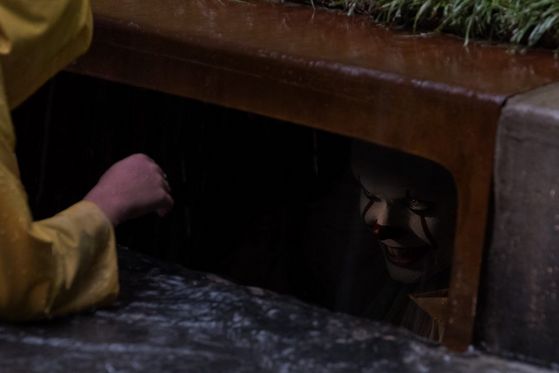 I was immediately drawn in, and knowing what sweet little Georgie's demise was going to be made my heart hurt. Within 5 minutes we are introduced to Pennywise in the famous sewer scene. I was quite surprised at what they actually show, of which I give the creators all the rounds of applause for.

After that particular scene, we just skip ahead a year and summer is just beginning for the Losers Club. They're bullied rather relentlessly and for unknown reasons, but it gives you a reason to care about the outcome of these kids. 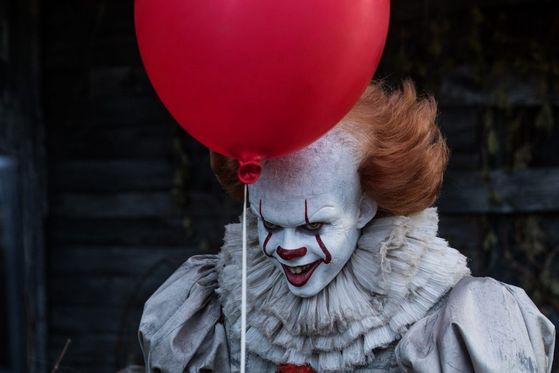 Each kid is shown having a "hallucination" in which they see Pennywise, and each is unique to said child's given fear. Most of them happen back to back in the beginning of the film, which contributes to the movie's fast pacing. So right off the bat, we see plenty of Pennywise and get a glimpse of what he's capable of. And I have to say, it's pretty terrifying. I mean, I didn't cower behind my hands because I don't scare. Like ever. But I did feel uneasy. Pennywise is cool, but he's also an SOB and I felt the need to protect these precious children from him.

Although they are pretty badass themselves, as they don't need me to protect them but that's starting to get into spoiler territory so I will stop there. 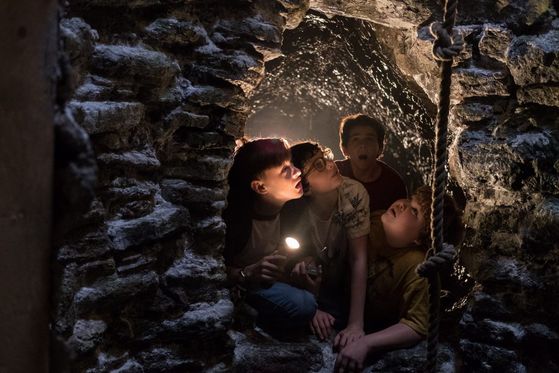 On top of being unsettling, quickly paced, actually gory, and heartwarming at times; it's also pretty dang funny. And again, this does not feel out of place. The banter between the kids feels completely natural, and the actors did a great job of seeming like they were actually friends. I was impressed and a little surprised at how often I laughed. Where in The Mummy (2017), the humor felt completely out of place and awkward and cringey, here it was just like banter between real friends. And that made me feel connected to the Losers Club that much more.

The battle(s) between Pennywise and the kids were great fun. They're a force to be reckoned with against him, but they can't do it alone. They all band together to attempt to overcome Pennywise/their inner fears and demons. Whether they succeed or not is something for you to find out.

As for Pennywise himself, Bill Skarsgard did an excellent job. For the time, Curry's Pennywise was creepy but Bill's Pennywise makes his look like a fun day at Six Flags. Without the whiplash, of course. The costume, the makeup, the voice, the laugh - this does it for me. Skarsgard's Pennywise is the entire package. This is totally how Pennywise should have been portrayed from the beginning. Those worried about lack of Pennywise, need not to worry though. He's in it plenty. 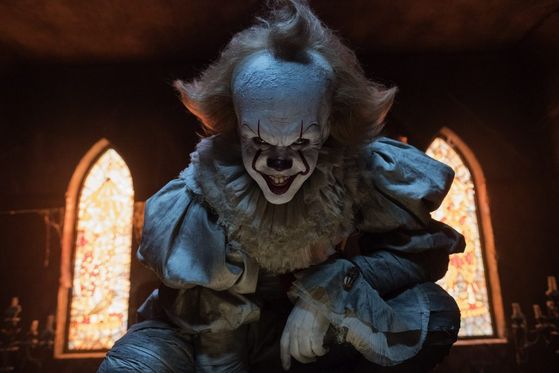 
Overall, this was an amazing film. The cinematography beautiful, acting excellent, gory enough, good action/battle scenes, humor, and heartwarming moments. My expectations were far exceeded, but I don't know how they could possibly top this one though, and maybe they can't because part of the charm is the kids and we all know Chapter Two will likely be the adult version. I can't wait to watch it though!
fansfunsz, selfcare and 2 others like this
fansfunsz my fav after 1990 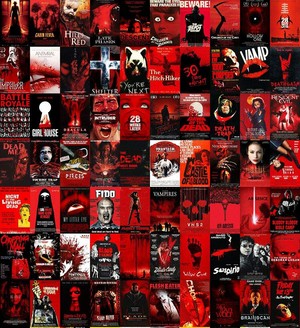 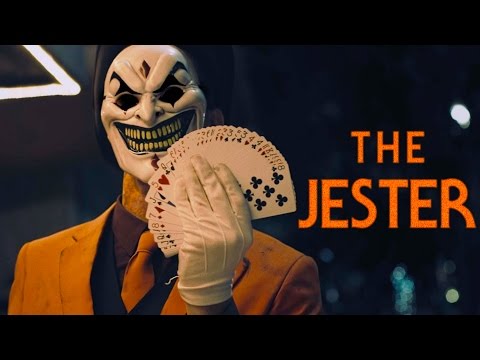 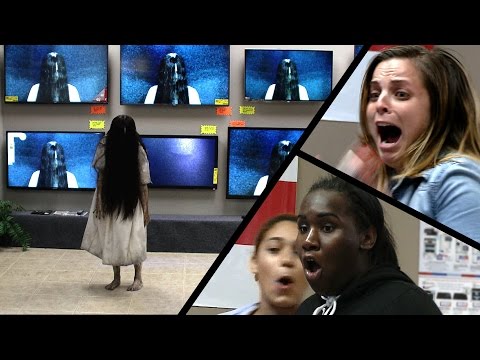 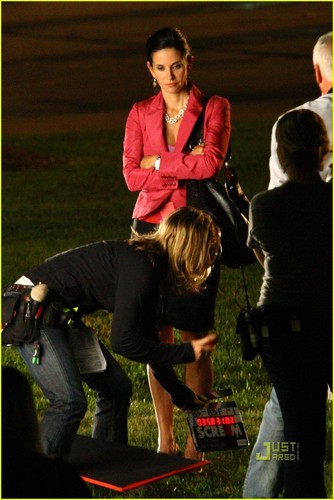 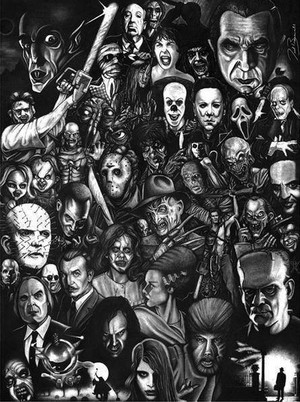 1
the grudge old lady in white
added by mioakiyama4578
video 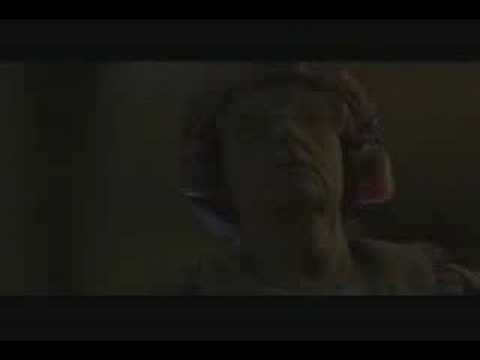 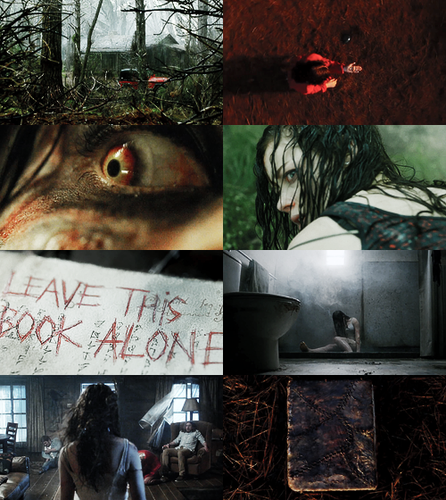 2
drag me to hell
added by lloonny 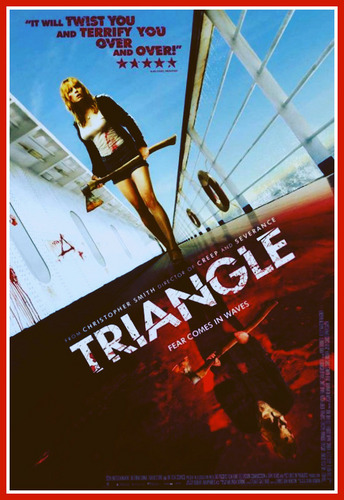 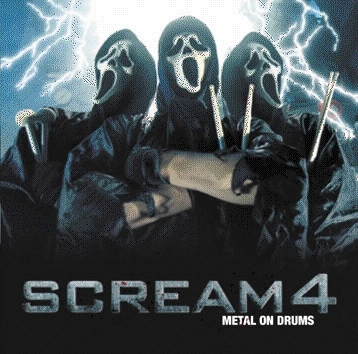 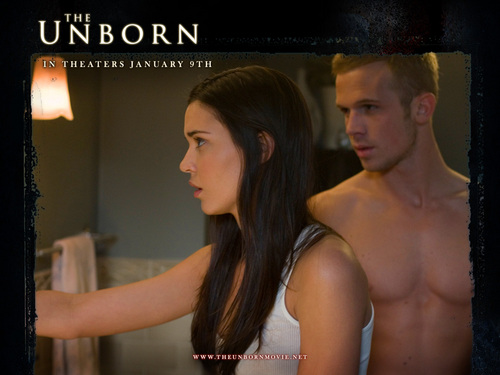