Freddie
1.Strange Noises:
As long as there are horror movies, there will be strange noises emerging from dark places. And as long as there are strange noises, there will be idiots who walk carelessly into the darkness to investigate them. Nine times out of 10, we refer to these people as "victims." This is a particularly mindless cliche, one which defies all sensible logic for the sake of racking up a body count. There isn't a circumstance in the world in which you'd convince a terrified teenager that exploring some bizarre clattering in the depths of a shadowy haunted house is in any way a worthwhile notion. In fact, the "strange noise" cliche shines perhaps the brightest light on the inherent difficulty with horror films – the propensity for people to completely ignore their common sense and most basic survival instincts. Re-insert these into most horror films and they'd be about 10 minutes long, ending with the family driving away from the haunted house after the first night or a group of teenagers not taking the short-cut down the unpaved, creepy-ass road.

2. Jump Scare:
It's a cliche in its own right to define a jump scare as the moment in which the black cat leaps from the alley, and while we've since moved on to startled pigeons and people who enjoy jumping out from the edge of the frame, the principle of the meaningless scare is still alive and well. The more modern jump moment, of course, has become reliant upon the volume at which things occur, as if closing a window or locking your front door were the auditory equivalent of a nuclear bomb exploding next to 100,000 megaphones. Where the best horror used to rely on silence to create a sense of terror, today's films simply sound like early-'90s industrial rock concerts, offering more a sense of wartime PTSD than well-crafted horror. Couple that with edits that are quicker than a humming bird's wings and you've got yourself 75 percent of horror films released today.

3.Physics need not apply:
The natural laws of physics aren't so much a rule in the world of horror as a pleasant convenience. In the first third of a horror film, things will generally work as they should – cars will start, keys will open doors, lighters will light, hands will grip objects firmly and surfaces will maintain their actual atomic properties. Fast forward an hour and none of those things be true. Vehicles that were working perfectly an hour earlier simply won't start as the killer approaches, no doubt operating off the same batteries that power the flashlights that flicker for half a second before plunging our hero into darkness. Doors will refuse to open, or unlock, provided that the potential victim can their find keys or keep them in their hands long enough to reach the lock. And the doors in question – firm, solid-oak doors – will disintegrate beneath the weapon of a madman, shattering into paper-thin pieces like portals made casually out of cardboard.

4. Picture Imperfect:
Every now and then there's a scene in a horror film where the heroes will find themselves in the killer's lair, or apartment, or hideaway, and discover that the walls have been covered in a wide assortment of evidence and clues. Aesthetically speaking, this scene is almost always incredible – dark, violent, atmospheric – but we constantly find ourselves asking, "Is it practical?" Imagine a few years, months or weeks before the story began, the killer roaming his apartment with a handful of murder pictures like Satan's internal decorator, scribbling his motives in a font that resembles Serial Killer New Roman and compulsively creating macabre collages out of autopsy photos and fashion mags. Sure, it's a great visual and a compelling way to illustrate the killer's motives and provide our heroes with a clue – usually a photograph of some future victim – but it's rapidly become a too-common staple of the serial killer genre.

5. The Non Believer:
It goes without saying that most horror films benefit from the presence of a calm, rational thinker, but sometimes there's rationality and then there's just flat-out denial. These are often the characters who stand in the middle of a maelstrom of floating objects or bleeding walls or demonic voices and insist that there must be a logical explanation for all this! Of course, that insistence is usually followed, almost immediately, by their own demise. It's one of the few tricks in the filmmaker's bag that allows for both a laugh and a scare at the same exact moment, which is fine considering that the guy is usually a huge douchebag.

6. I can't get a signal!
If there was ever an invention that could potentially have brought about the death of the horror film, it was the cell phone. Where the absence of a landline used to be a sufficient, believable excuse to isolate those trapped in the American wilderness or the hallways of some decrepit home, the mobile phone immediately threatened the possibility that rescue might only ever be a phone call away. The solution to this problem has become one of the most obligatory lines in all of horror history aside from, "I'll be right back! – the dreaded and inevitable, "I can't get a signal." You'd figure that with so many massacred cell phone users, Verizon might start offering the "Psycho Killer Cell Phone Plan" to ensure coverage in areas with the highest potential for cannibal hillbillies, murderous truckers or undead serial killers. We rather our minutes roll over than our decapitated heads….

7. Throwing down the gauntlet:
Screaming out a final challenge to the iconic killer or evil entity is officially the horror movie equivalent of holding up your arms in the middle of a rainstorm. Sometimes, they're even one and the same. But standing in a wet, bloody pile of all your dead friends and calling out some variation of, "Come and get me!" into the darkness of the abandoned insane asylum is pretty much the way you signal that sh*t is about to get real. However, if somebody in the cast other than the hero does this prior to the last 10 or 15 minutes of the movie, they're inevitably going to die. The killer will, indeed, come and get them in a variation of our next cliche.

8. Beware of doors, mirrors, etc:
Good horror is predicated upon the ability of the filmmaker to out-think the audience. In the early days of the genre, before viewers had become so savvy, this was relatively easy – open a door, somebody jumps out, the audience screams. But then people wised up and filmmakers needed to exercise a dash of reverse-psychology, inadvertently creating the most over-utilized fake-out in the genre's history: open a door, nobody's there, look around, determine your safety, close the door and BANG! There's a guy standing right behind it. Sometimes a killer, sometimes a friend. But this in turn gave birth to a play on the gag involving said killer (or said friend) appearing behind our heroine in a medicine cabinet mirror. And occassionally, the scare is some horrible version of her own reflection. The point here being, essentially, to avoid mirrors and doors if you don't want to know what's standing directly behind you, or how you might die.

9. A white chick, a black dude, an asian, a slut and a geek:
While it makes good demographic sense for the cast of most horror films to look like some advertisement for a United Nations youth program, the reality of life is that most groups aren't nearly as multi-racial or sociologically cross-cultural as we see on the one-sheets for thrillers. The casting call for half these films must read as follows: a white chick, a black dude, an Asian, a slut, a jock and a geek. Of course, if you find yourself in a pinch, the Asian can also play the geek and the black guy can often be the jock, but it's not often that we see well-made horror films that are told from a particular ethnic or cultural perspective. Films like Candyman, which focused on African-American urban mythmaking, or the remake ofThe Grudge, set in Japan with a largely Asian cast, are far too rare and represent the limited range and scope that Hollywood horror is willing to explore. Add to that the typical dangers of teenage drinking and promiscuity, as well as the fact that horror seldom skews older, and the genre as a whole only boasts about a dozen distinct character-types between its hundreds of films.

10. Evil Never R.I.P:
So you've shot, stabbed, bludgeoned or burnt the relentless force that has killed your friends and terrorized your family. They're lying motionless on the floor, bleeding or smoldering, almost certainly dead. We understand, of course, that your first impulse is probably to approach the corpse with no real plan or objective in mind, perhaps even finding yourself subject to the uncontrollable urge to poke the body, or kick it, or push it over. Sure, this would be the perfect moment to unload the rest of that gun directly into the killer's face, or maybe just to lop off his head with that nearby hatchet. But, no. You figure it's best to double-check whether your two or three bullets did the trick by jabbing it lightly with your foot. So let us offer you a quick bit of advice and let you know that he's not dead. Not remotely. And while, statistically speaking, there's a good chance that you'll survive the Final Scare, why take that chance? 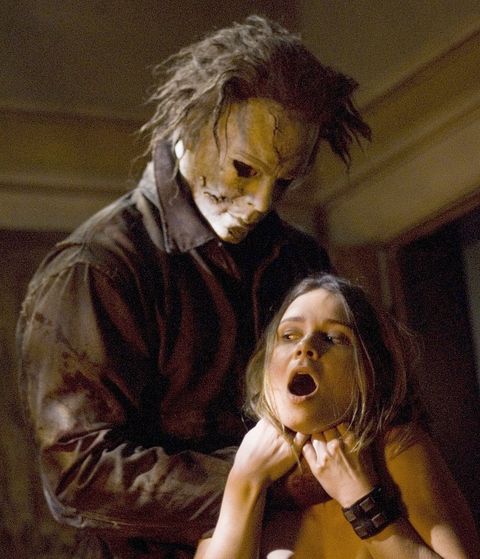 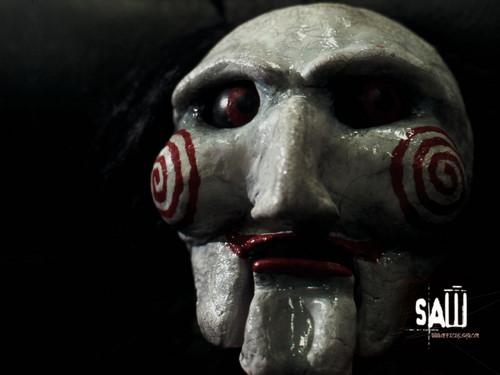 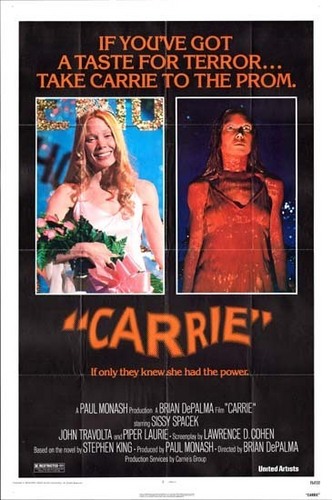 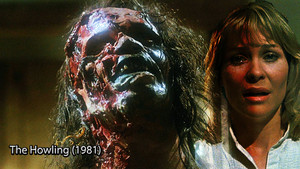 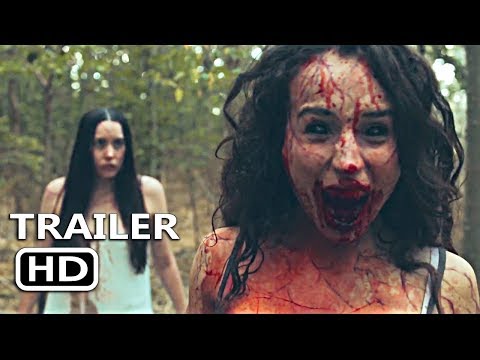 1
GHOST IN THE GRAVEYARD Trailer (2018) Horror Movie
added by nermai
A small town comes under the thumb of Martha, a ghost who returns to haunt the children who witnessed her death during a "game" of Ghost in the Graveyard as young children.
video
ghost in the graveyard
movie
trailer
2018 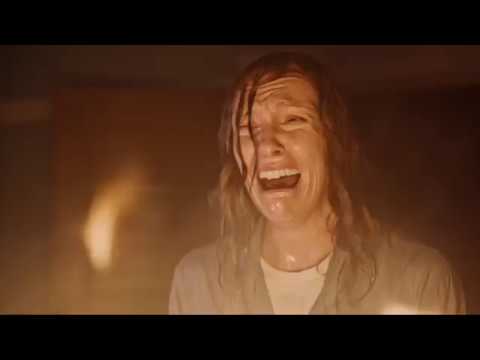 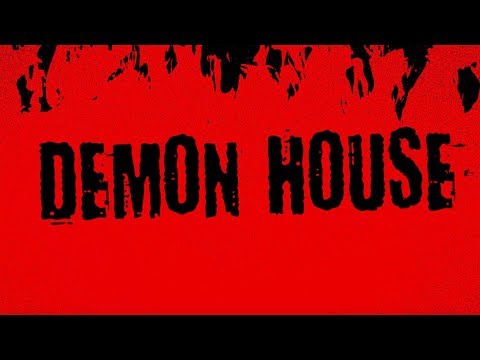 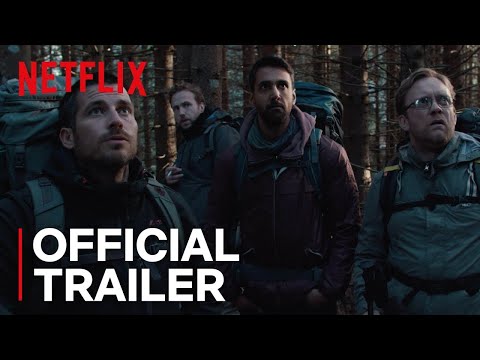 The Ritual | Official Trailer [HD] | Netflix
added by nermai
A NETFLIX FILM. The deeper you go, the scarier it becomes. A group of college friends reunite for a trip to the forest, but encounter a menacing presence in the woods that's stalking them.
video
the ritual
movie
trailer
2018
rafe spall
rob james‑collier
sam troughton 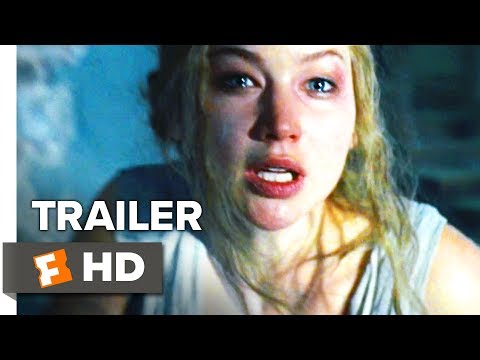 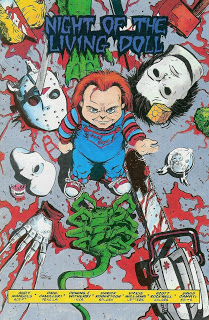 2
Night of the Living Doll
added by shamad 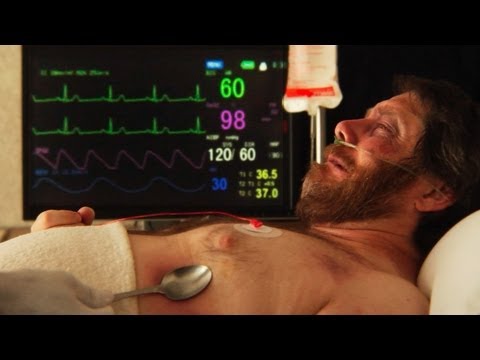