Summary: Emily is sick of fighting the ghost of Haley Hotchner.

The question takes Emily completely off-guard. Here they are, home from that brutal case, Emily herself tortured by Dave’s confession, by her own knowledge that the man currently sitting on her couch – her boyfriend, her significant other, her lover – had a woman like Emma Schuller in his life.

The one that got away.

Whether he knows it or not, she competes with the not-so-ghost of his ex-wife. Haley Hotchner is Aaron’s Emma Schuller. Emily knows that. She knows that she will never live up to Haley. Yet here she is, putting tea on because it’s too late for coffee and she can’t sleep without the extra herbal boost, with that same man in her living room.

Because even though she knows she is competing with his ex, she can’t pull herself away.

His voice snaps her back to the question he asked and she has to wrack her mind for a moment to remember what the question was. Oh right. She chews her lip.

“Let me think a minute,” she requests, because she’s never had someone ask her that question before.

Has there ever been someone in her life where she felt she was doomed to constantly wonder what might have been?

Emily isn’t one to give her heart away easily. She’s spent too much time as the often-neglected child of two very successful politicians to be anything but protective of herself. Even as she fought tooth and nail to belong in the BAU, she knew it wasn’t a reciprocal relationship. Not everyone knew much about her, though obviously some more than others.

That doesn’t mean she hasn’t had her fair share of boyfriends. She’s a beautiful woman, was a pretty young woman too, so she hasn’t exactly been at a disadvantage in the romance department. Even John Cooley, the man responsible for the hell she went through as a fifteen year old never had her heart, and to this day, regardless of the Silvano debacle, her only stray thoughts of ‘what might have been’ are for her baby, not for her baby’s father.

“No,” she admits finally, calling the word over her shoulder. The preparation of the tea is a protective instinct now. “I’ve never trusted someone enough, let them in far enough, to wonder.”

But that doesn’t mean that the possibility doesn’t exist now. With Hotch – Aaron – she often wonders many of those things. There’s a lot of ‘what ifs’ surrounding her relationship with her boss and Unit Chief and she’s entertained each and every one of them probably more than she’d like to recall. Half of the reason she took the leap into this real relationship, knowing the baggage she was taking on was because she didn’t want to wonder ‘what if’. Emily Prentiss didn’t live with regrets.

He sounds honestly surprised and Emily closes her eyes. He doesn’t know, she reminds herself, of her problems with Haley. And they’re not really problems anyone can fix. There’s nothing he can do about the fact that he still loves his wife and there’s nothing she can do to change him.

Nothing she would do.

“Never,” she agrees. Though I definitely know how Dave feels. It’s hard, she discovers, to compete with someone living, breathing, someone who has custody of this man’s progeny. She can’t compete with Haley. She’ll never get all of Aaron.

“Come sit with me,” he requests and any other night, Emily would have immediately made her way to his side, curling up against him and absorbing his heat.

He stops and she closes her eyes, aware that her tone had come out so much harsher than she’d wanted it to be. “Something’s wrong.”

Emily shakes her head. “It’s nothing. Don’t worry about it.” But she knows that’s a useless thing to say. She can hear the couch creak as he stands and knows that he’s making his way towards her. She deliberately doesn’t turn.

His hand comes out to rest on her back. “This is me, Emily. Talk to me.”

Her eyes stay fixed on her mug, on the kettle, on pulling out the tea bag from the little container to put it in the mug.

“Emily stop.” His hand rests on hers, putting enough weight on the appendage to stop her movement.

So instead, she tries for a smile. “It’s nothing you can fix, Aaron. Let it go.”

“If it’s bothering you, I want to know,” he contradicted.

She takes a deep breath. “Have you ever had someone like Emma Schuller?”

He isn’t stupid, so he knows that the question has multiple levels, is asking more than one thing. She can see his mind spinning, realizing that there is a correct answer to this question. She’s not just asking his opinion, asking him to open up. Really, though, there is no right answer. No matter which way he decides to respond to her question, he’s either lying or reaffirming what she already knows. Either way, it’s going to hurt. She knows that.

“I have never had regrets about what might have been.”

Emily blows out a heavy sigh. He has. He wouldn’t have fought so hard for his marriage if he didn’t feel like he could change things. She takes the kettle off the stove, flicking her wrist to turn off the burner, and stepping away from him. “I’m tired,” she says. “I’m going to go to bed.”

She’s just setting her first foot on the bottom stair when she hears him say, “Haley.”

It makes her pause, one foot on the stair, the other on the floor. “What?”

“You think Haley is my Emma Schuller.”

She folds her arms, turning to face him completely. “You can’t lie to me, tell me it isn’t true.”

“I can tell you that that I have accepted and come to terms with my divorce,” he replies.

“That’s not good enough,” she admits. Because it’s not. She knows he can’t tell her that he doesn’t regret the divorce, that he knows he played a rather massive role in the division between him and his ex-wife. Tears flood her eyes as she realizes that there is nothing he can say that will make it good enough. So she says the hardest words she may have ever said. “I think you should go home.”

“I can’t tell you I didn’t love Haley,” he says instead, staying in the kitchen. She’d turned to continue on her way up the stairs but his words make her stop.

“I don’t expect you to,” she replies honestly.

“I can’t deny that part of me will always love Haley.”

“Which is the problem.”

They were pretty words, but they were generic, almost expected.

“That doesn’t make it better,” Emily admits. After a moment she shakes her head. “I’m not stupid or blind, Aaron. I knew, coming into this, that I was always going to be second best.”

He has her by the upper arms before she even realizes he’s moving. “Listen to me,” he orders, his eyes holding hers relentlessly. “You are no one’s second place, Emily. You are no one’s consolation prize. You have never been either of those things to me.”

The passion with which he speaks almost sways her heart.

His shoulders sag, arms dropping to his sides. Part of Emily is disappointed to recognize it as defeat. The other part of her actually hurts that she’s brought this on a man who she knows is already very broken. Still, she has a stronger self-preservational instinct than anything else and really, she knows she should have known better to even allow herself to dream.

He opens his mouth, and she braces herself, but then it closes again, and he shakes his head. Then he turns to leave, sparing one last glance over his shoulder, hurt, sadness and more in those dark eyes she’s lost herself in so many times. Then he’s gone.

And she collapses to her stairs in sobs.
Valeriep79, Kaydie and 2 others like this
LadyMaeve This is very very sad!! I hope they're going to make up!!! I hate Haley even more now!!! 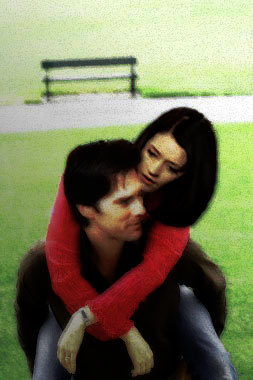 8
Hotch & Prentiss: With or without you
added by Celina79
Hotchpotch08 on yt.
video
aaron hotchner
criminal minds
emily prentiss
fanvideo 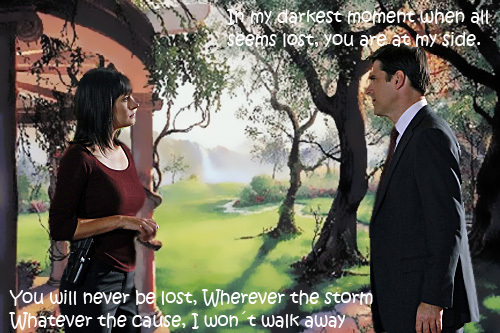 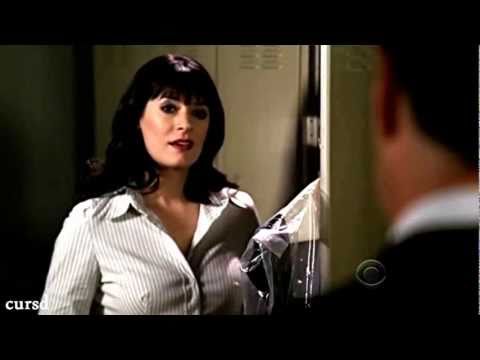 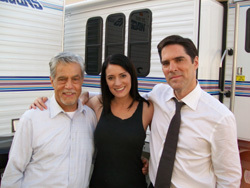 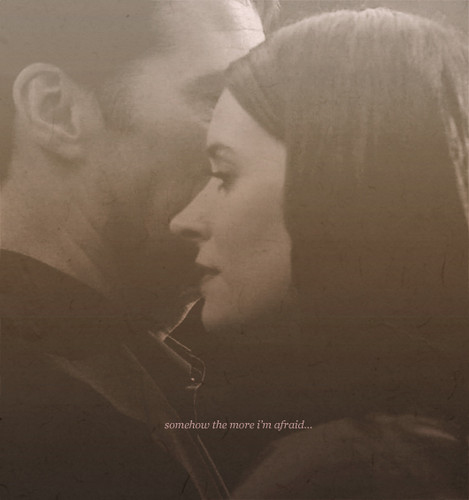