28
Actions really do have consequences....(please do not read if you have not watched Wilson's Heart)
posted by oldmovie

Is House to blame for the actions of others?
After watching Wilson's Heart I noticed that the writer's left us with a deep thought about the question of whether House is guilty as to the death of Amber. At first my reaction was God NO, House couldn't help that they got into a bus accident but then I noticed something more that the writer's were trying to say.
A main theme through House is the way he treats people and how his actions may not directly cause the misery and he 'techinically" is not to blame for a deed done, but indirectly he has caused people pain.

The first example I could think of for this was at the end of the Volger arc in season 1 the episode called "Babies and Bathwater". House stands on his principles and refuses to humble himself to Volger and therefore causes Volger to threaten his job with a vote in a board meeting. The only person to defend House was Wilson who was then fired. House may not be responsible for Volger's actions, but as Wilson put it:

Wilson: I’ve got no kids, my marriage sucks; I’ve only got two things that work for me: this job and this stupid, screwed-up friendship, and neither mattered enough to you to give one lousy speech.

Or as Cuddy put it at the end of the episode when her job too was threatened:

Cuddy: Well, to the great champion. Saved you, saved Wilson, saved the whole team. [She drinks the entire glass in one go.] Of course, none of them would have needed saving if you could actually get along with another human being.

This is the first time we explore the fact the House's actions do indeed have consquences and tend to hurt the people who are the closet to him.

The next big moment of this I could think of was when he got shot at the end of season 2 in the episode "No Reason." House learns in a hallucination that a prior patient of his committed suicide when House informed her of her husband's adultery. Although House may not have been responsible for the wife's actions, his telling her indirectly makes him guilty of her suicide. This is the first time we as viewers see House questioning himself and taking the blame and realizing his actions have consquences. Season 2 is left with a big cliff-hanger if House will change and care more about how he treates other people.

Jack: It’s my fault she’s dead! I know it. But why can’t you admit it’s maybe just a little bit yours, too? That maybe it’s not just medical mistakes that screw things up?

In season 3 I think this topic is tossed around a lot for discussion. "Meaning" starts off looking like House might have actually changed and started to care about his patients.

House: He's been in that chair for 8 years, his muscles have atrophied. Maybe I can help him with the pain. Isn't that enough of a reason to want to help?

But soon when his leg pain returns....and with it the new arc starts and that is the Tritter arc. The Tritter arc in my opinion epitomizes that House does things without thinking of the consquences not just for himself but for other people. By refusing to take the deal from Tritter and continually being an ass to him, once again refusing to humble himself he does harm to the ones closet to him. Wilson defends House when Tritter shows him the forged signatures for Vicodin in return his assests are siezed, his car possesed and his practice shut-down, he can't even prescribe medication. House's team's bank accounts are frozen so they can't get too any money. Finally the arc cultimates in Cuddy purgering herself in court, not only risking going to jail but loosing her job as well as her medical licence. All to keep him from loosing his. Although House was not directly responsible for the way Tritter acted, House never thinks about his actions and everytime he hurts someone. Cuddy somes it up pretty well at the end of the episode ,"Words and Deeds":

CUDDY: [Annoyed] There's nothing to celebrate House, you made me purger myself - [Which she said a little too loudly so she looks around to see if anyone's there and starts to talk a bit softer] fabricate evidence. You make everyone around you worse for being there.

So now I finally get to season 4 and the situation that provoked this long rant. "Wilson's Head." I now understand going through the major House moments that the writer's were once again showing the viewers how House's actions may not have directly caused the accident and Amber's death but if he hadn't been out irresponsibly drinking and then expected Wilson to come pick him up and then refused Amber's ride home, Amber wouldn't have died. I personally think the writer's are giving House another chance to think about what he has done and what he has caused. This time is different from the others though because at the end of this mistake, House has to pay the consquences...He looses Wilson his best friend. Maybe the writer's are giving House a small window where he could change, maybe if he feels the consquences of his actions he might think more carefully.

Personally I don't know , House wouldn't be House without him going to all ends to save a patient, pushing the boundaries of social neccesities to get the job done, not matter what gets in his way. He may not be directly responsible for the events that take place but he needs to take the responsibility so he understands that actions have consquences. Who knows what is in store for next season? 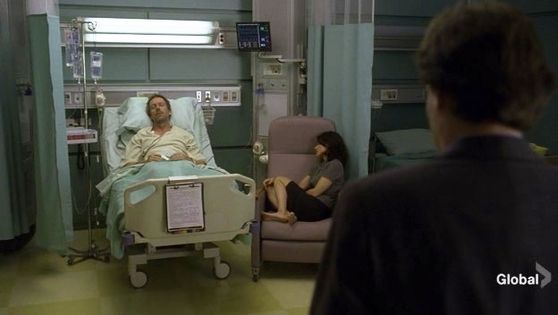 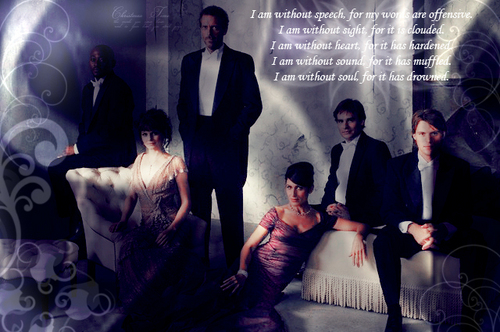 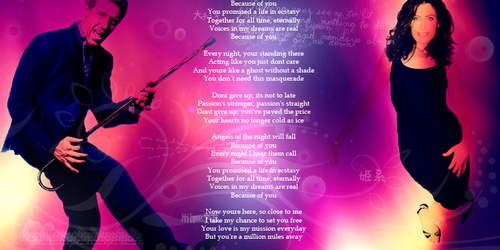 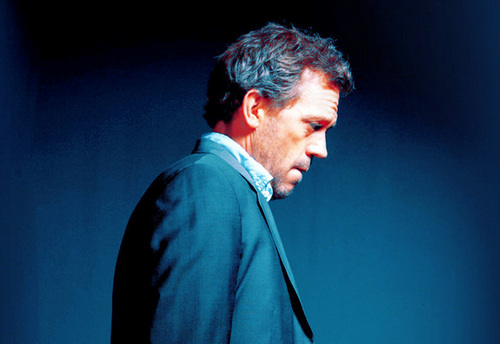 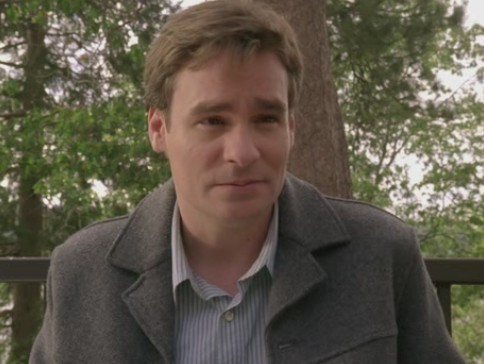 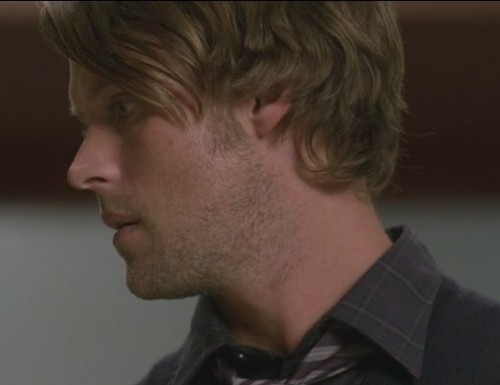 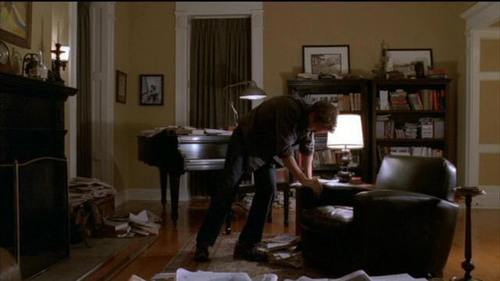 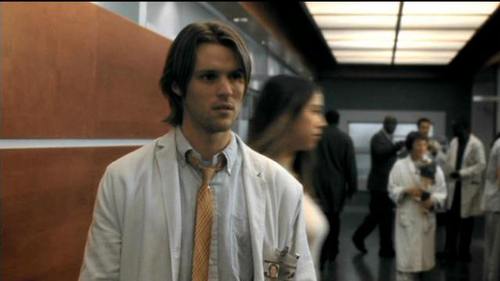 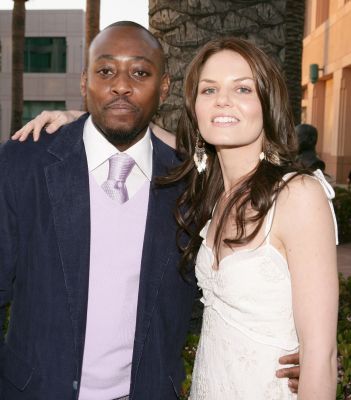 3
An Evening with Hosue
added by tubby2002
Source: http://jmorrisonfan.com/gallery/thumbnails.php?album=8&page=1 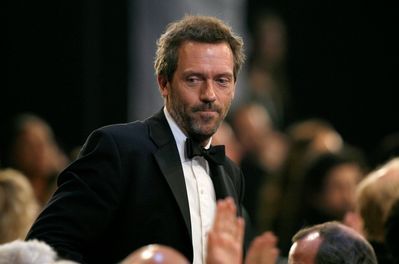 Cuddy slapped her phone shut as she got out of the car with some of her friends. They were all laughing as they made their way into the club.
Pushing through the doors, the darkness had become darker, but with lights swirling around.
They all went their separate ways. Cuddy had plenty of places to go, but her attention was drawn towards the dance floor. Guys glanced her way as she circled the floor.

It's getting late
I'm making my way over to my favorite place
I gotta get my body moving
Shake the stress...
continue reading... 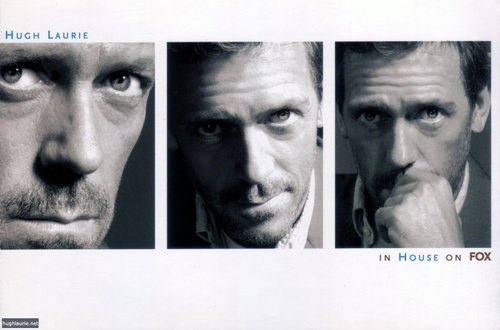 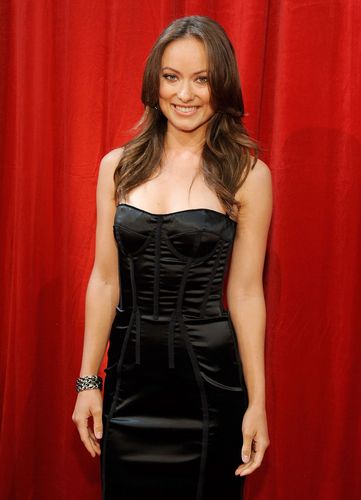 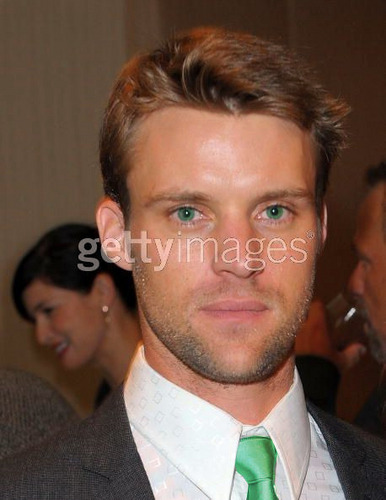 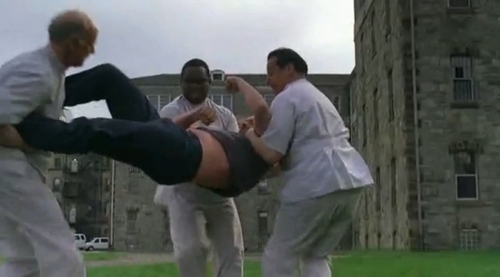 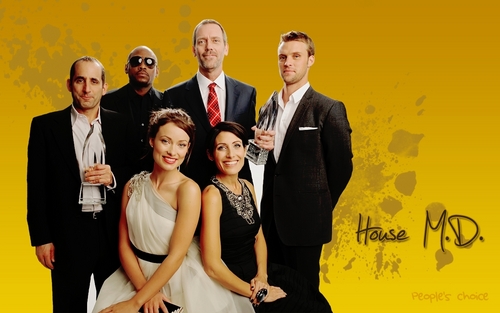 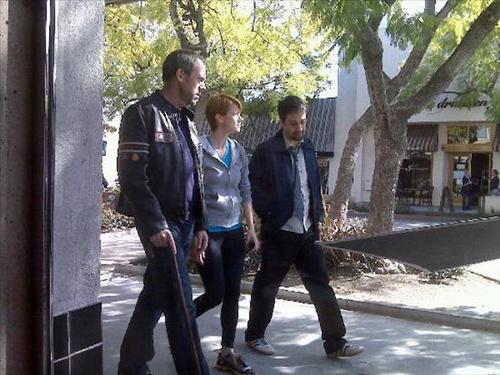 12
On the set of House (I suppose 6x21)
added by ppistachio
Source: HOUSEDAILYDOSE@TT

14
How To Play the Patrick/House Duet in "Half-Wit"
added by jameswilson
This is the best video on how to play the duet I could find. It's a little confusing - but if you're a musician its pretty simple to figure out.
video
piano
house md
half-wit 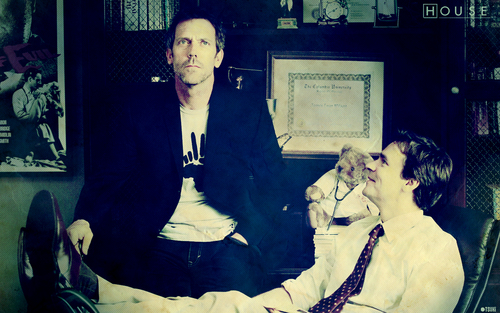