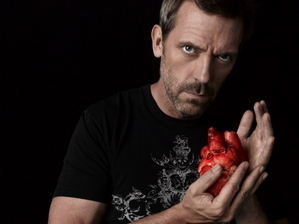 “I teach you to lie, cheat, and steal, and as soon as my back's turned you wait in line?”

“So what's your plan? You take the big dark one, I'll take the little girl, and the Aussie will run like a scared wombat if things get tough.”

[Houses' patient has just collapsed] "This is exactly why I created nurses. Clean up on aisle three!”

"It's a basic truth of the human condition that everybody lies. The only variable is about what."

"You talk to God, you're religious; God talks to you, you're psychotic."

"Treating illness is why we became doctors. Treating patients is actually what makes most doctors miserable."

"It's one of the great tragedies of life — something always changes."

"I was never that great at math, but next to nothing is higher than nothing, right?"

(to Foreman) "So your solution is to give me drugs?"


"It takes two department heads to treat shortness of breath? What, do the complications increase exponentially with cup size?" (from Fidelity)

"Is your yelling designed to scare me because I'm not sure what I'm supposed to be scared of. More yelling? That's not scary. That you're gonna hurt me? That's scary, but I'm pretty sure I can out run you."

"When I hired you, I knew you were insane. I will continue to try and stop you from doing insane things, but once they're done, trying to convince an insane person not to do insane things is, in itself, insane. So when I hired you, I also set aside fifty thousand a year for legal expenses. So far, you've come in under budget." 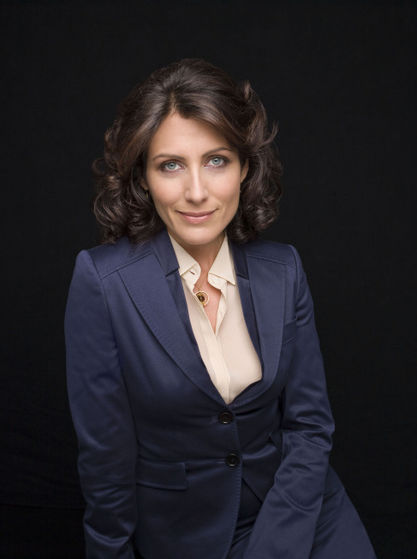 House: Right rudder. Bank, bank, bank!
Cuddy: Good coffee? The rest of this hospital is busting its tail and you're...
[House's eyes get really wide, and he covers them with his folder]
Cuddy: What are you doing?
House: Trying to think of anything except the produce department at Whole Foods.
[Wilson smirks]
Cuddy: I am working. It got hot. Stop acting like a 13-year-old!
House: Sorry. You just don't normally see breasts like that on Deans of Medicine.
[Wilson tries to look anywhere except at Cuddy's chest]
Cuddy: Women can't be heads of hospitals? Or just ugly ones?
House: No, they can be babes. It's just you don't normally get to see their fun bags.

Cuddy: ...working with people actually makes you a better doctor.
House: When did I sign up for that course?
Cuddy: When did I give you the impression that I care?
House: Working in this clinic obviously instills a deep sense of compassion. (He threatens her) I've got your home number, right? In case anything comes up at 3 o'clock in the morning.
Cuddy: It's not going to work. You know why? Because this is fun. You think of something to make me miserable, I think of something to make you miserable: it's a game! And I'm going to win, because I've got a head start. You are already miserable.

House: See, this is why I don't waste money on shrinks, cause you give me all these really great insights for free.
Cuddy: Shrink. If you would consider going to a shrink, I would pay for it myself. The hospital would hold a bake sale, for God's sake.

House: (complaining about having to teach a course) Why is it always me?
Cuddy: Because the world hates you. Or because it's a class on diagnostics. Pick whatever reason feeds your narcissism better.

We're going to a gallery; we're not getting married.

Cuddy: Where did you come from?
House: Apes, if you believe the Democrats.

"You thought he was being poisoned by hemlock? Dr. Euripides tell you to check for that?" (from Mob Rules) 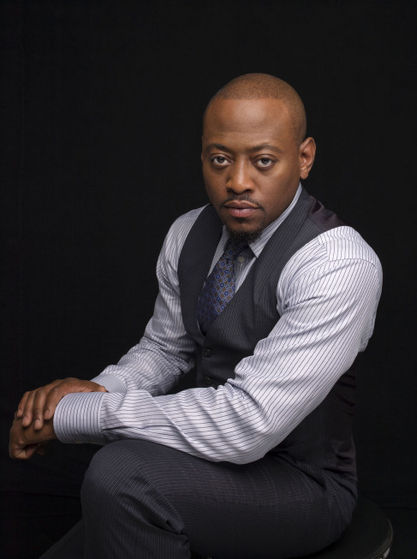 "When we see a disease rushing down on someone like a train, we can't always get them out of the way!" (From House Training)

"I lied. I've been lying to you in increasing amounts ever since I told you you looked good unshaved, a year ago. It's a little experiment, you know, see where you draw the line." (from Daddy's Boy)

"You ever tighten a guitar string really, really slowly? Past the point it can handle the strain? It makes this weird sound, almost like a scream...eeeeeeeh!" (from Alone) 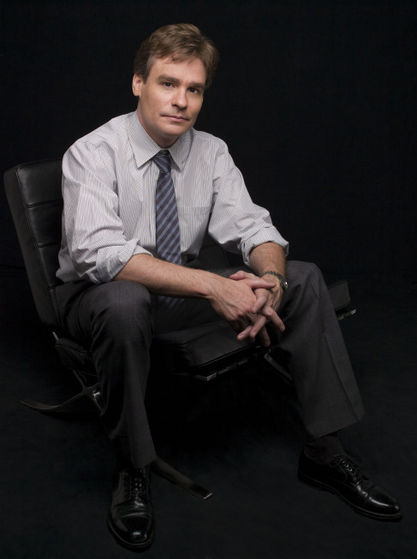 Get a hooker; anything." (from Distractions)

"Why not? Why not date you? It's brilliant! We've known each other for years, put up with all kinds of crap from each other, and we keep coming back. We're a couple!" (from Don't Ever Change)

"She said she cares about other people? What a poseur." (from Frozen)

"The health department; they frown on topless oncology." (from Frozen)

Foreman: "We need to stop retracing our steps and...get ahead of this thing" (small pause) Wilson: "House! You've tanned!"

"I met someone who... made me feel... funny. Good. And I didn't want to let that feeling go."(after Cameron's reply, "You'd be surprised what you can live with" (from Spin)

"I'm not on antidepressants. I'm on speeeed!" (from Resignation)

"Sex could kill you. Do you know what the human body goes through when you have sex? Pupils dilate, arteries constrict, core temperature rises, heart races, blood pressure skyrockets, respiration becomes rapid and shallow, the brain fires bursts of electrical impulses from nowhere to nowhere, and secretions spit out of every gland, and the muscles tense and spasm like you're lifting three times your body weight. It's violent, it's ugly and it's messy, and if God hadn't made it unbelievably fun, the human race would have died out eons ago." (from Occam's Razor) 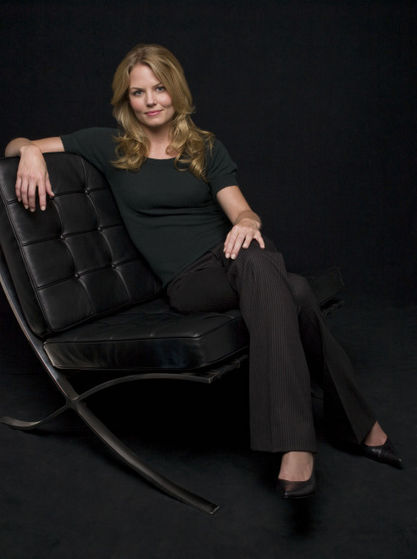 
I still think true Love's out there it's just very far away. Possibly in another galaxy. We may need to develop faster than light travel before we can make contact.

You can't control your emotions...just your actions.

"I'm hitting that and it's totally hot."

"No lesions, no aneurysms. Ironically, the mind of a killer looks completely normal." (from Acceptance) 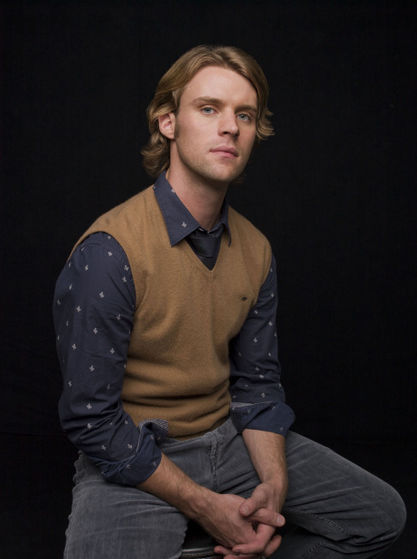 "Ugly" - (Talking to the patient) "I was doing drugs behind my father's back at your age and I had a lot less reason to be.... Not that your life must be miserable.... Not that I am suggesting you should be doing drugs!" 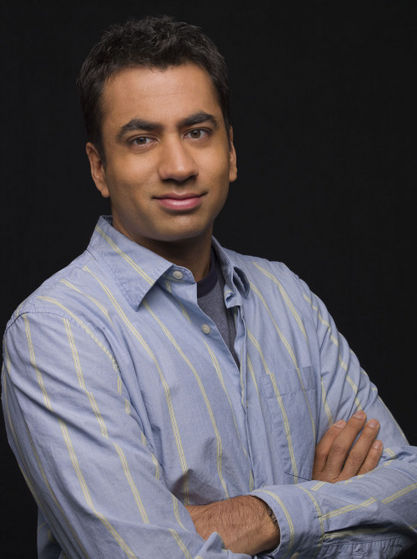 4x02, "The Right Stuff" - "Her heart is beating." (After he just lit the patient on fire because he used the defibrillators in a hyperbaric chamber.)

4x05, "Mirror Mirror" - "I'm not a masochist. I just like experience if it's new its interesting. I'm just easily bored."

House Episode4x12, "Don't Ever Change" - "Look, she's nuts, but we can't just give her ten CCs of atheism and send her home."
House Episode 4x07, "Ugly" - House: "You're not pretty enough to be an idiot, but you must know that by now which means you just want to do an LP so you can look for inter-cranial pressure." 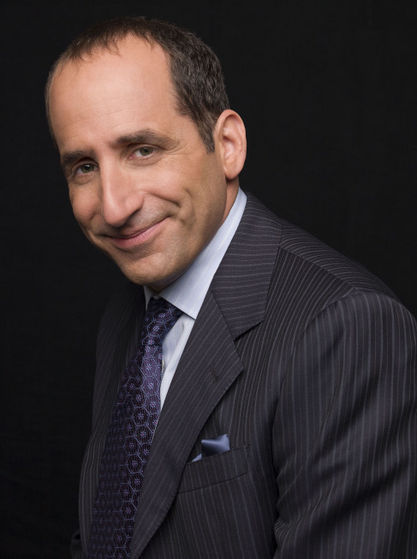 "Just because we're in a bedroom alone together and I'm laying down doesn't mean we have to get deep."

House Episode 4x08, "You Don't Want to Know" - "You don't know because I don't know!" (Referring to whether she has the Huntington's Chorea her mother died from) 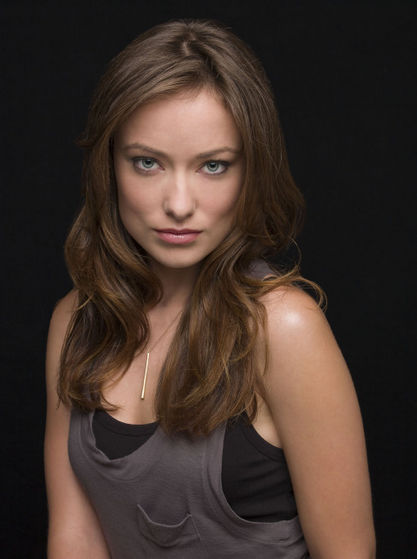 House Episode 4x12, "Don't Ever Change" - "No one can describe themselves in ten words, why would we want to hear anyone else do it?"

House Episode 4x08. "You Don't Want To Know " - "Yeah, I’ve been here for eight weeks ‘cause my subscription to Masochism Weekly ran out". 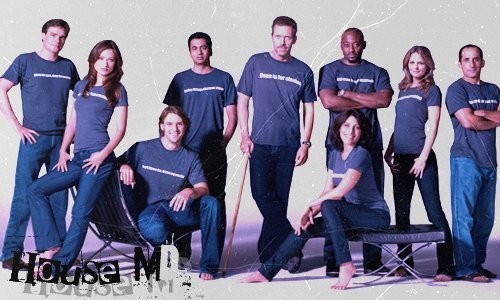 Season 5 Cast
wolferr89, geekygleek and 25 others like this
cocacola for Foreman you should add: Chase: He thinks outside the box Foreman: He doesn't even know where the box is!
LittleSquid Lol, which episode is the one where Wilson says "House! You've tanned!"? Also, I think Taub's line from Joy To The World about how 'Love like this needs to fly free' would make an excellent addition.
vivita299 How can you forgot... Wilson: "House, this is God." House: "Look, I'm a little busy right now. Not supposed to talk during these things. Got time Thursday?" Wilson: "Let me check. Oh! I got a plague. What about Friday?" House: "You'll have to check with Cameron." Wilson: "Oh! Damn it! She always wants to know why bad things happen. Like I'm gonna come up with a new answer this time." Cuddy: "House..." House: "Quick God, smite the evil witch!" Cuddy: "Are you sitting on evidence that your patient was sexually abused by her father?" House: "God, why have you forsaken me?" Chapter 2x19
blueshouse21 OMG..last night Wilson saying..."Your Mom's a slut"!!!
MAC7 A very important quote has been missed out which is one of my favorites. House: The best thing about life is it Has qualities.
Syanerg @sengulercaner if you guys want to talk about house m.d. i'll be available
20
House MD(Main Cast,Guest Stars....)
posted by rose2
House Cast 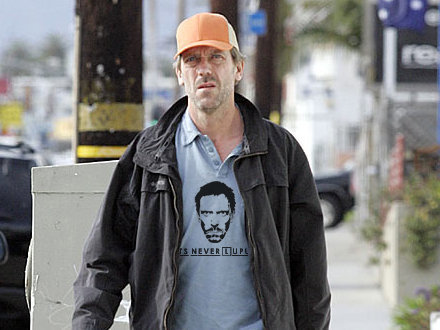 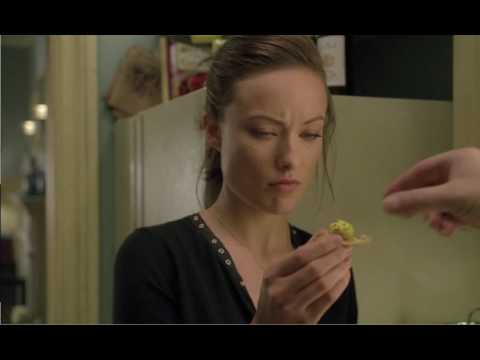 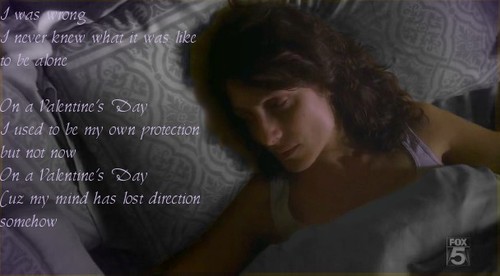 11
Cuddy
added by Cuddles
Source: me 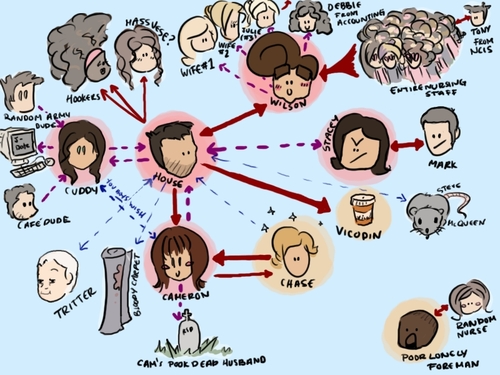 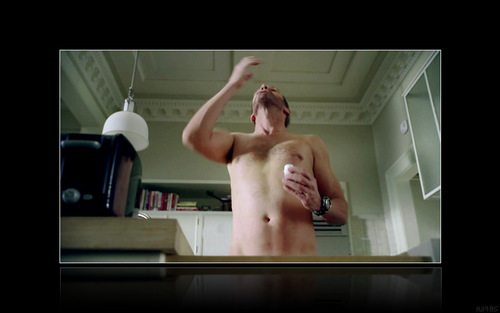 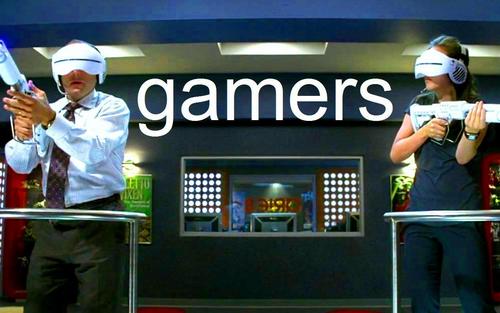 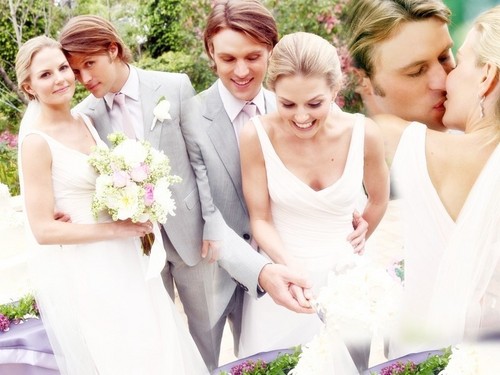 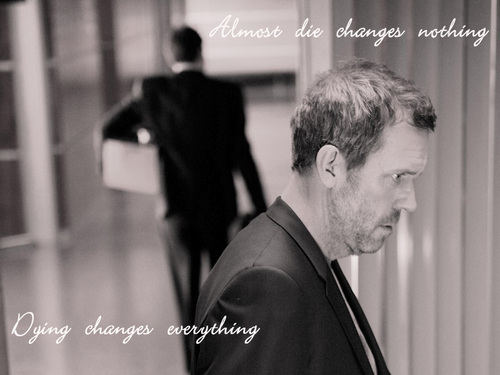 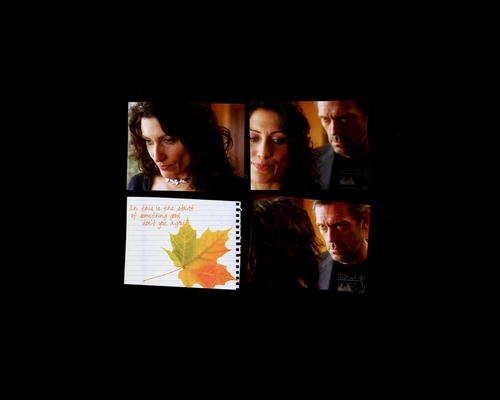 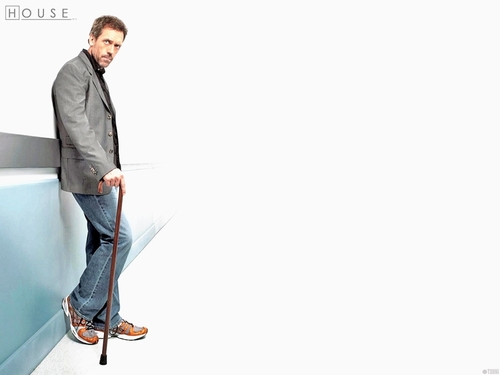 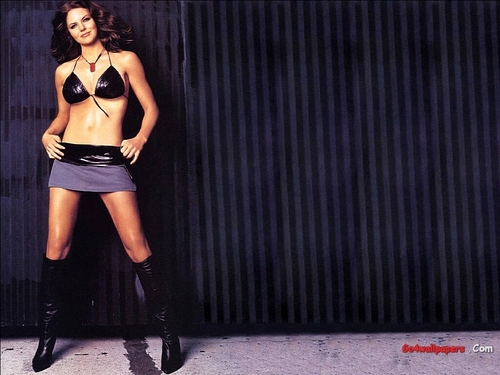 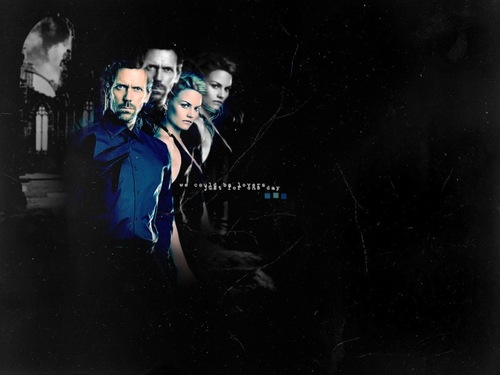 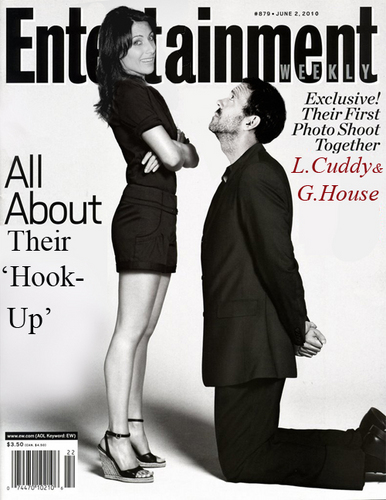 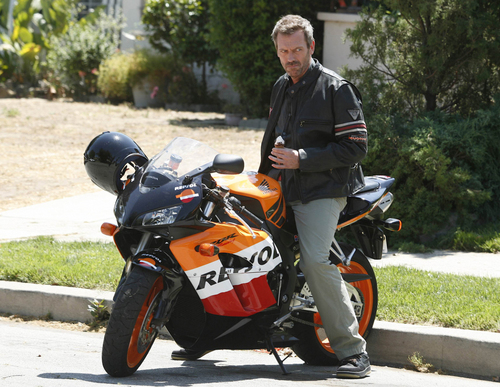 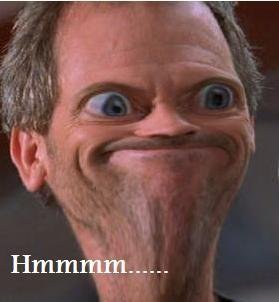 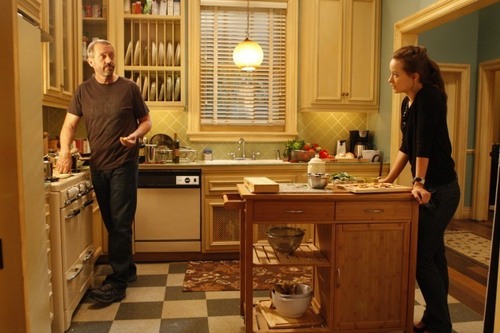