12
My Precious
posted by Cuddles

It was an idyllic Wednesday evening. There had never been a blizzard like this before. No car was on the roads, except for one.
„WILSON!!!“
„Hm?“, Wilson murmured, he was too distracted by a tree that was about to fall on the street.
House yelled again. „Did you see that road sign??“
„Road sign?“, Wilson turned around and looked at House, „ There was a road sign?“
House was about to rant, when a high, strident voice interrupted him.
„Look at the road, Wilson!!“ It was Cuddy, who was clinging to House’s right arm. For once in his life, the pain in his arm was bigger than the pain in his leg.
Cameron was about to kill Cuddy.
House grimaced because he suddenly felt a pain in his left arm too. It was Cameron who glared at Cuddy and tried to pull House closer.
„The road sign said: New York.“, House whimpered, because Cuddy also tried to pull him closer.
Wilson widened his eyes. „Watch out, Chase!“
5 seconds later a loud scream filled the air. „My hair!!!“, Chase cried as he was holding on to the car roof.
„What happened?“, Kutner asked confused.
„A frozen cat hit me!“, Chase complained.
„Why are we in New York now?“, Thirteen asked.
Taub remained silent and continued looking like a fish.
A loud snore was coming out of the trunk.
„Shut up, Foreman!“, House was annoyed.
Chase was still crying because of his hair.
„No remarks from the peanut gallery!“, House took his cane and knocked on the car roof.
„My precious!“, Cameron shouted and pulled the cane out of House’s hand.
Cuddy didn‘t like that. A deafening cry followed as she grabbed the other end of the cane.
Kutner looked at House, Cameron and Cuddy. „Are you playing house? Can I be the dog?“
The cane decided to get his own life and escaped from the hands of Cuddy and Cameron. It flew through the air and wanted to jump Wilson.
„Ouch!“ He lost consciousness and his face hit the horn. The car stopped, Chase fell off the roof and landed softly in a (frozen) bush.
„Mm hr!“
The others got out oft he car.
„What’s wrong, honey?“, Cameron asked.
Chase spit out snow on her shoes. „My hair…“
„Where are we?“, Taub asked. Foreman was knocking inside the trunk.

At the same time, Adam was trying to build some fireworks in the lab.
Mac entered the lab. „Adam, what are you doing??“
„Huh?“ He tried to hide the fireworks.
Stella entered the lab as well. „Why are you honking?“
„I’m not honking.“
Mac looked at her. „Neither am I.“
Mac and Stella turned around and left the building to look who was honking.
It was Wilson. More exactly his head.
„Hands up or I'll shoot!“, Mac pointed his gun at Taub, who looked like a scared fish now.
„I’m Greg.“, House said.
„ I’m Mac.“
Someone shouted out of the window. „And I’m Flack!!!“
The ice was broken.
It fell off the trunk and Foreman climbed out.
Adam came out of the building too. „Oh hey, the party guests! Come in!“
„Is the man in the car dead?“, Mac asked.
„What are you? A detective?“ House asked sarcastically.
„Yes I am, Detective Mac Taylor and these are my partners Detective Stella Bonasera and Detective Adam Ross.“
„These are Huey, Dewey and Louie“ he pointed at Thirteen, Taub and Kutner.
At that moment Wilson opened his jeans…umm eyes. (Cuddles and Olivine: *drool*)
„Mommy?“ Wilson asked dizzily.
Cuddy, who had examined Wilson grumbled angrily
„I am not your mom!“
„You look exactly like her, you have the same wrinkles…“
Cuddy hit him hard in the face with a fish (which was Taub).
Wilson lost consciousness.
The hoot returned and so did the hooters…umm Cuddy.
Finally everybody entered the building.
Adam and Kutner who had become BFF immidiately, threw the party.
„Where’s the alcohol?“ House asked eagerly.
„We have no alcohol.“ Mac replied.
House’s eyelid started to flutter threateningly.
Just then, Danny and Lindsay entered the room and waved with the alcohol bottles.
„Thank god.“ House murmured.
A few bottles later everybody was dead drunk.
Stella and Cuddy were dancing on a table, half-naked.
„This is better than in my wildest dreams.“, House said and stared at Cuddy, while Mac was staring at Stella and nodded absent- minded.
10 Seconds later Stella pulled Mac on the table and kissed him. (Olivine: wild and passionately!! <3)
Cuddy saw it and tried to pull House on the table, but it turned out to be more difficult than she had thought, because suddenly Cameron was holding on to House’s right leg. „My precious!!!“
Foreman was doing the same with House’s left leg. „House, I‘ve always loved you!!“
House had never felt such physical and mental pain before.
Danny and Lindsay saw the massive spectacle and decided to help.
„Look! Over there! Chase is doing a striptease!“, they both shouted.
„What?? Where?“, they were so startled that they let go off House’s legs.
„Oida!“, House groaned and Cuddy finally managed to pull him on the table.
Chase was sleeping in a corner.
Adam told Kutner to finally kiss Thirteen, but he was too scared. So Thirteen kissed him. (Olivine: haha, that had to be XD)
Cameron and Foreman were fighting over Chase, who was still sleeping and didn’t notice anything.
Suddenly a snowman entered the room. It turned out to be Wilson.
Taub and Sid were having an exciting conversation about dead fish.
Danny and Lindsay found Adam’s fireworks and shot them off.

caramelmilk, huddysmacked and 10 others like this
House34 Taub remained silent and continued looking like a fish. A loud snore was coming out of the trunk. „Shut up, Foreman!“ At the same time, Adam was trying to build some fireworks in the lab. Mac entered the lab. „Adam, what are you doing??“ „Huh?“ He tried to hide the fireworks. Someone shouted out of the window. „And I’m Flack!!!“ „Is the man in the car dead?“, Mac asked. „What are you? A detective?“ House asked sarcastically. „These are Huey, Dewey and Louie“ he pointed at Thirteen, Taub and Kutner. Wilson opened his jeans…umm eyes. (Cuddles and Olivine: *drool*) „Where’s the alcohol?“ House asked eagerly. „We have no alcohol.“ Mac replied. 10 Seconds later Stella pulled Mac on the table and kissed him. (Olivine: wild and passionately!! <3) Suddenly a snowman entered the room. It turned out to be Wilson. „You look exactly like her, you have the same wrinkles…“ Cuddy hit him hard in the face with a fish (which was Taub). I loooooooooooooooooooooooove these parts !! Thank you girls!! Awsome article :)))) I can't stop laughing :))))
Olivine lool glad you like it <3
House34 How could I not ? it's fun ! :P
EnjoyHuddy I agree! it was so funny!!!!
SMACkedHuddy XD epic literature XD
katemac18 what? that was just crazy my friend!
rainbowedlife Taub remained silent and continued looking like a fish. *dies of lol*
stellaSMacked lol can't stop laughing. it's killing me! lol 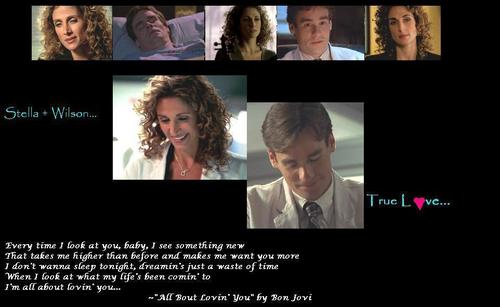 7
Stella and Wilson
added by House34 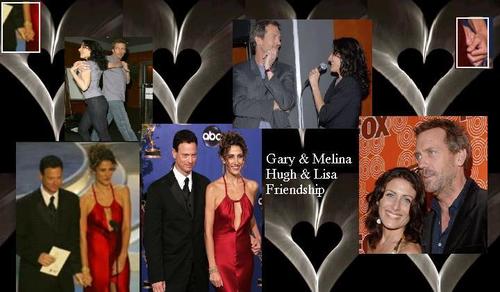 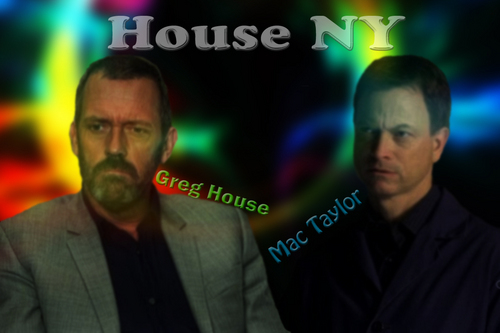 1
Mac&Greg
added by Haze_House
Source: Fanpop (photos) and My laptop

9
banner
added by Olivine
Source: me 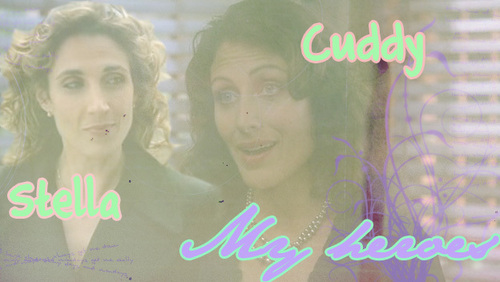 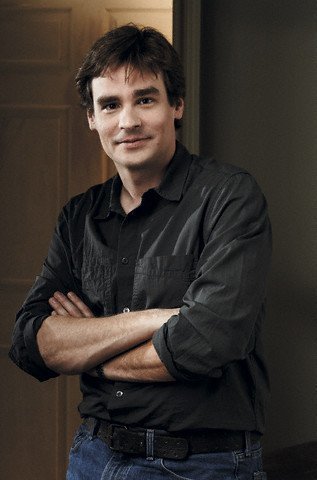 4
Muddy:P
added by lovehousemd_frv
Source: Me:)
11
Out of Jurisdiction Chp 2
posted by oldmovie
I'm glad you guys liked the first one, I have a faint plan in my mind about how this is supposed to go, the mystery I mean, so hopefully it will all make sense eventually. I'm also trying my best to include every character, unfortunatly Chase and Cameron are going to be a little difficult!


House sat in the cafeteria munching on a Reuben, a little perplexed at the information he had just received. Had Cuddy been lying, she did know the man? Was she stupid enough to lie to cops, okay scratch that she has done that before. House’s brow wrinkled in frustrated confusion just as Wilson managed to...
continue reading... 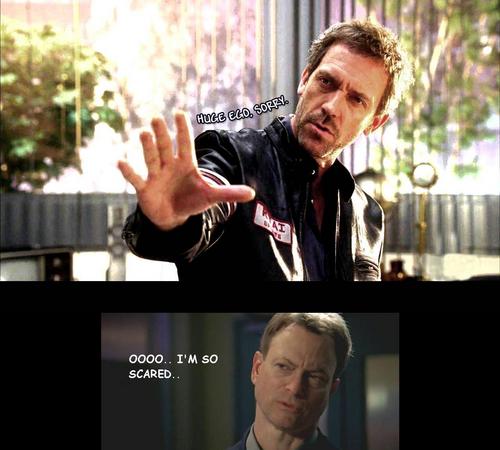 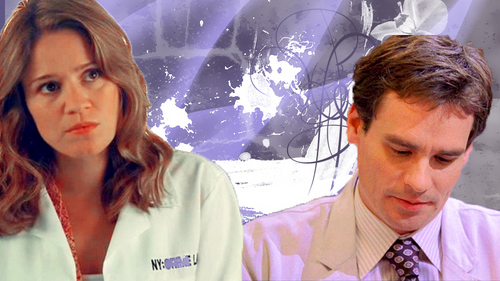 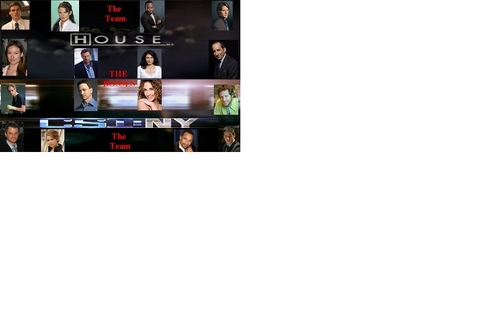 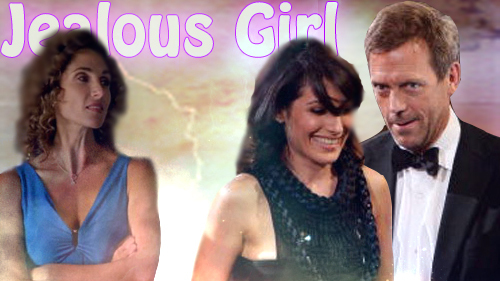 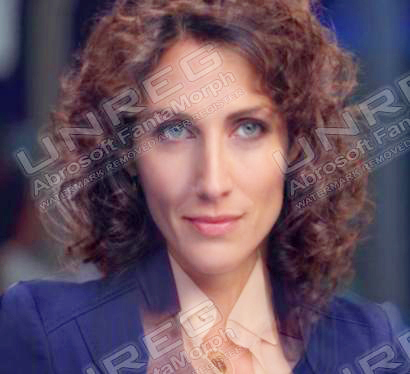