Season 1 Redux (Episode 1: Pilot)
posted by HuddyRox
Title: Pilot Redux
Rating: T (I guess – for innuendo)
Summary: I’m working on writing a Huddy ending on add-in scene for each episode. This is a continuation of “Pilot”. My first huddy fic so be nice :-)

“5PM…Doctor House checking out…make sure you write that down.” House tosses the last chart onto the desk. He smirks and makes his way to Cuddy’s office, bursting through the doors.

A soft groan of exasperation escapes her lips. “Do you even know how to knock?”

“I just came by to see if you had any other eloquent pearls of wisdom to share.”

“What are you talking about, House?” She wearily rubs her temples before standing and gathering her things. “Can this wait until tomorrow?”

“All out of ‘General Hospital’ quotes, huh? I will give you a hand though…you had me going there. I thought you actually came up with that little gem all by yourself.”

“What little gem? How much vicodin have you had today?”

He clears his throat. “I’m a doctor…when we make mistakes, people die.” He imitates her voice. “Either you stole that from the show…or that’s one heck of a coincidence.”

She rolls her eyes. “Yeah well…I figured that maybe it would make it into your thick skull since you love the show so much.”

A small smirk graces his face. “My my..Doctor Cuddy, I didn’t know you were a fan too…maybe you’re not as bad as I thought.”

He gasps in mock shock. “Blasphemy. So you just happened to see that one tiny little clip of one show? You must have great timing.”

He grins triumphantly. “I knew it! The show is like sleeping with me…one time isn’t enough.”

Her laughter surprises him. “Well that’s funny considering one night with you was more than enough for me. In fact…that comparison is an insult to the show. At least I can remember a line here and there…my night with you? Pretty forgettable.” She smirks and sashays past him.

“Ouch!” He touches his chest. “That hurt.” He limps after her, groaning as she once more disappears on the stairs. But this time, he follows her. Each step is painful, but luckily she takes pity and stops on the first landing. “You do have a heart after all.”

“I just don’t want you falling on my stairs and having an excuse to skip out on clinic duty.” She crosses her arms over her chest.

“You’re such a liar, Doctor Cuddy. You care about me.”

“You…are a good doctor and an asset to this hospital. My job is to-…”

“Oh shut up. You like me. You’re watching my favorite show so that you can feel closer to me.”

“OH my God…and I thought you ego was big in college.”

“Ah, see…we both know that it wasn’t the size of my *ego* that had you following me around on campus like a dog in heat...it was the size of my-…”

“You know, Dr. House…maybe I did have a thing for you back then. But…then I slept with you…and that little infatuation was cured.”

“It is…what are you doing?” She backs up quickly as he begins to close the gap between them. “House?” She lets out a startled gasp as her back hits the windows.

“So you’re completely over me? You don’t remember how fantastic that night was? How…earth shattering…mind blowing…?”

She swallows hard as he enters her personal space. “That…that’s right. It was…awful.”

“See…you’re not a good liar…and I remember that you were quite satisfied…numerous times that night.”

“I was less…experienced then. I didn’t have that much to compare it to. But since then I…” She holds her breath, sucking in as he eliminates the last space between them.

“Liar.” He grins and lowers his lips until they’re brushing against hers “You like me…just admit it.”

“I think…I…I think that its you that likes me” She moves quickly away from him and sprints up the next section of stairs. “If you didn’t…you would’ve gone home at 5. Goodnight Dr. House. Sweet dreams.” She grins and leaves him standing in the stairway with a stupid grin on his face.

“Everybody lies, Dr. Cuddy…everybody lies. And I just found a new way to make time pass around this place.” 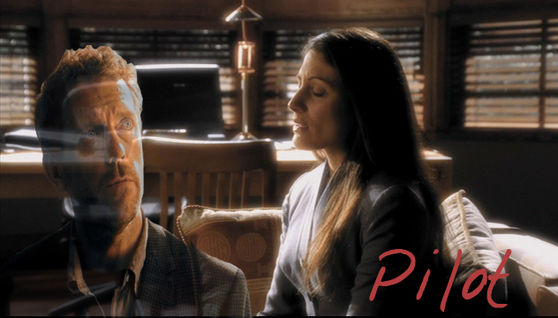 1
Amsterdam (huddy) 3
posted by zubeerfaan
a/n sorry for my spelling i an from iceland soo..


Cuddy and wilson were still halfasleep . as the
were walking people kept looking at
them and giving them funny looks .

House kept giggling and cuddy and Wilson were
getting innoyed

Cuddy walked as quickly as she could to the

nearest bathroom and started rubbing it off.

House and Wilson went to the bathroom to and
Wilson...
continue reading...
2
amsterdam (huddy) 2
posted by zubeerfaan
I think this chapter

kinda sucks but please tell me what you think;D

at the airport in new jersey

cuddy said in an angry tone

„you know him he is always late ohh there he

„house you were supposed to be here 15 minutes

ago“ cuddy said as she handed house his boarding

belive it“ house said in an dramatic tone as they

started to walk to the security check

„Shut up“ she said annoyed

As they were walking house slipped some iron

House didn’t know how long he’d been standing on that lacrosse field. But the sun had gone down hours ago and the sky was now pitch black and his breath was visible. He shook his head and downed two Vicodin before finally heading back to his car. He’d be lying if he said that his missed his old life. Looking back, college was the best time of his life. Lacrosse, running, tons of girls falling over themselves to get to him, Cuddy…he smiled faintly at those memories. She’d pursued him, but not in that way. She was intrigued...
continue reading...

1
Your Guardian Angel [Bones; Booth/Brennan]
added by svu_lover1
I think that this is one of the best BB vids i have ever seen....it's utterly adorable! By: RubberDuckInc on Youtube
video
shippings
bb

1
Wilson Gets It (Even If House Won't Admit It)
added by svu_lover1
How Wilson knows House likes Cuddy. A compilation of some scenes throughout the run of 'House' that shows that while House might not admit it, Wilson knows his bestest has got it bad for their boss.
video
shippings
huddy
More Cards
1234567891011