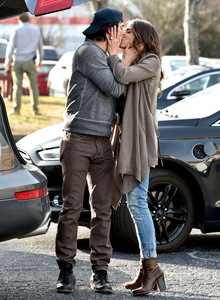 "We didn't break up because anything bad happened or because there wasn't love or friendship. I love him, and the friendship is still strong and I think he's great and I care about him...We were friends long before we dated and we still are now.
The drama is with the media, it's not with us. But of course, we're on a teen drama show, everyone's going to look for drama."

Nina Dobrev on her split with Ian


Nina and Ian's break-up was supposed to be amazingly amicable, with at least one entertainment site labelling it one of the 'nicest celebrity break-ups'...and yet, the drama stemming from it and Ian's subsequent marriage to Nikki Reed shows no sign of slowing down. The most recent 'drama' to unfold has been the news that Ian has unfollowed Nina on Twitter...but she still follows him. Given her glowing account of their friendship post break-up, this is particularly puzzling.
Some entertainment sites have speculated that because it coincides with Nina's rumoured new boyfriend Austin Stowell, Ian unfollowed her because he is jealous, but he's a married man now, so that hardly seems likely. What DOES seem likely is that Nikki is jealous of Nina.
Nikki unfollowed Nina some time ago, but Ian continued to follow Nina after their break-up and his marriage to Nikki.

According to ibtimes.co.uk Nikki recently liked a post saying she was better for Ian than Nina.
link Fans have consequently blamed Nikki on Twitter: "Nikki literally liked a Instagram post which said she is better than nina, I wonder how ian stans will defend this" one person tweeted. I want to give Nikki Reed the benefit of the doubt, but it's hard. After all, it's OK for her to still be friends with her ex-husband, Paul McDonald, isn't it? Why should it be different for Ian and Nina?
Delena and Nian fans have given Nikki and Ian a hard time over their new love. Their constant PDAs and declarations of how much they love each other on social media seems to have grated on fans nerves. Some have taken it too far but it seems that Ian's unfollowing of Nina will only stir up more negativity. If it was Ian's personal choice to unfollow Nina, then fine. It contradicts Nina's 'We're all good' statement, and it wasn't necessarily a wise move considering that he must have known it would create more drama he didn't need, but whatever. IF however (and I can't help but think that this is the most realistic option, all things considered), NIKKI was the one who asked Ian to unfollow Nina or did it herself, then I do think this is rather troubling. After all, she is married to Ian now, she has nothing to prove or worry about, and it seems strange to say the least, that she would be insecure where Ian's friendship with his ex-girlfriend is concerned.

Pictures of 'Somereed' seem to declare "Look at us everyone! Look at what a perfect, beautiful, adorable couple we make! Maybe we're looking too much like a smug married couple right now, but we can't help it! We're just SO RIGHT for each other and SO MUCH IN LOVE!"
If Ian and Nikki are indeed, the soul mates that Kat Graham apparently proclaimed to the press, and crazy in love with each other, then why would Nikki feel threatened by Nina? If she's secure in Ian's love and in her marriage then it doesn't make sense. Nina has been nothing but gracious about Ian and Nikki's wedding, saying she thought it was "beautiful", and she's left the show now, so it's not like she's given Nikki anything to worry about.
Two options to ponder are:
Nina either lied to the press about her friendship with Ian after they broke up, or at least stretched the truth a little in the hope that people wouldn't assume that she left TVD because of him. If this is true though, then the timing of Ian's unfollowing her on Twitter is a bit strange. He could have unfollowed her after they split, after his engagement to Nikki, after his marriage, or even after fans attacked Nikki on social media. If things between him and Nina are awkward and tense, then why did he wait so long before finally deciding to unfollow her?
The second option: Nikki either pressured Ian to unfollow Nina, or did it herself because in spite of the photos on social media announcing to the world how in love they are, she is actually very insecure. If this is true, then could it also be the reason why Ian and Nina didn't attend the People's Choice Awards this year? (Because if Nikki does feel threatened by Nina, it seems entirely plausible that she wouldn't want Ian to attend an awards ceremony with his ex in which they win an award for 'Favourite TV Duo'). And could she also have been the reason Ian didn't go to Nina's goodbye party? (He apparently chose to go to Coachella instead. With Nikki.)

This is mere speculation. Maybe I'm wrong. I don't say all this to be malicious towards Nikki or 'Somereed'. Maybe it's true that there's no bad blood between Ian and Nina, but if there was absolutely no bad feelings between all three of them, then Ian should have no reason to unfollow Nina, or miss her goodbye party, and Nikki definitely should not have liked an Instagram post which stated she was better for Ian over Nina. Even if she agreed with it, the wisest thing to do would be to ignore it, because if a celebrity agrees with all the good things a person says about them then they have to believe the bad stuff too.
If you're young, beautiful and in love, then the whole world will worship you, but if you're intent on pursuing the image that you're in love to the world, then the image of what you are could become more important that your actual relationship. Some fans have already started saying that Somereed is doomed. I would never wish ill will on anyone's marriage, but it seems Nikki Reed may have insecurity issues, and if she doesn't address them, then it could well cause a crack in her and Ian's 'perfect' romance. 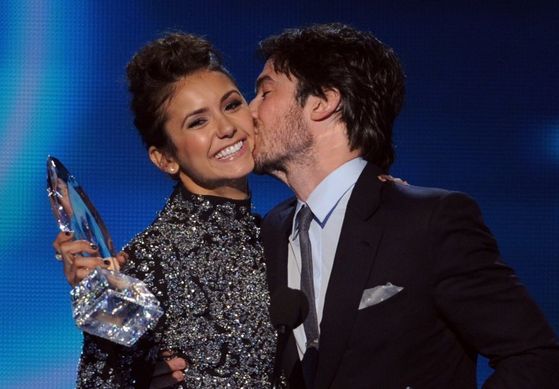 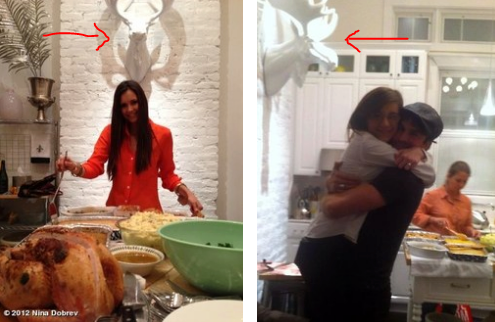 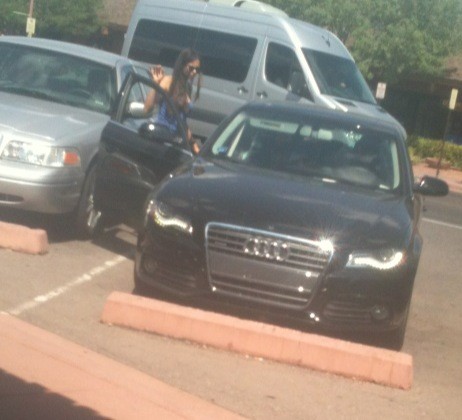 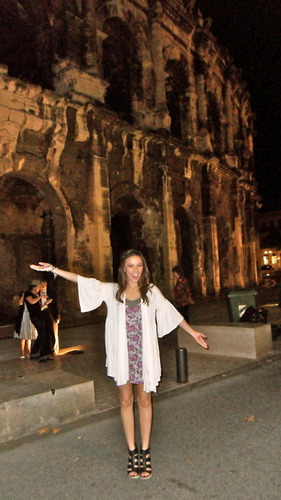 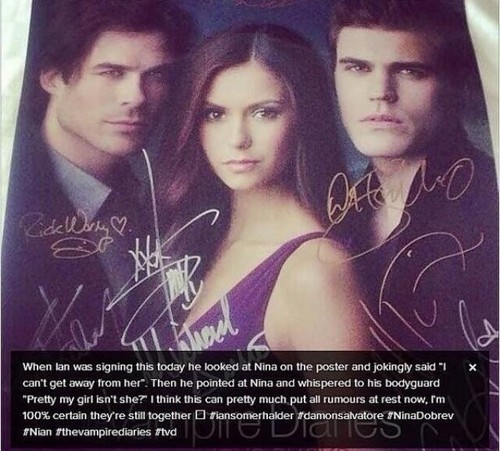 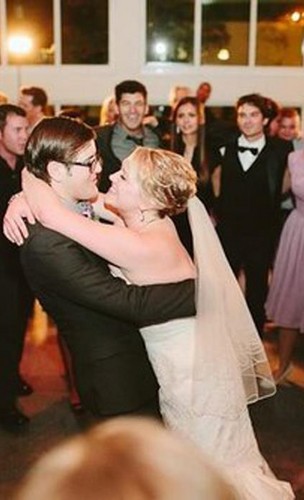 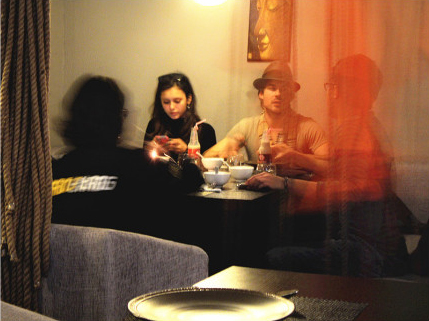 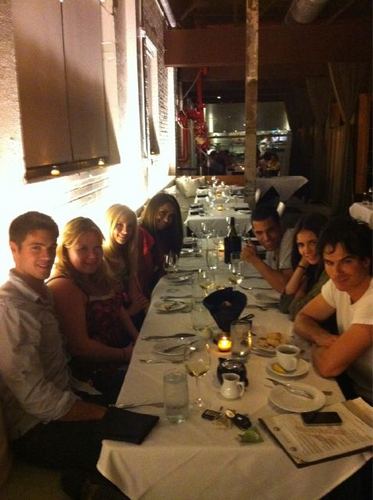 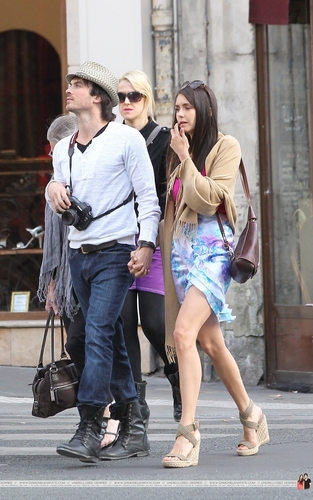 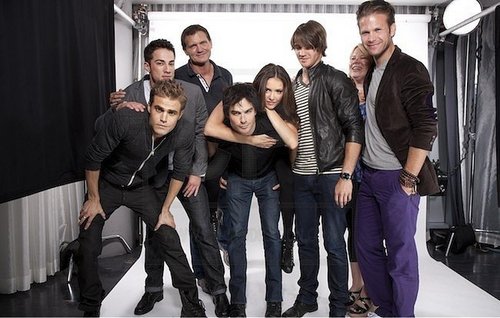 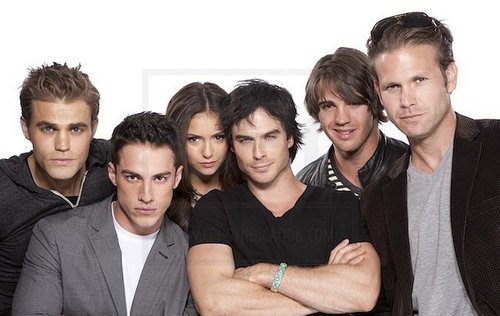 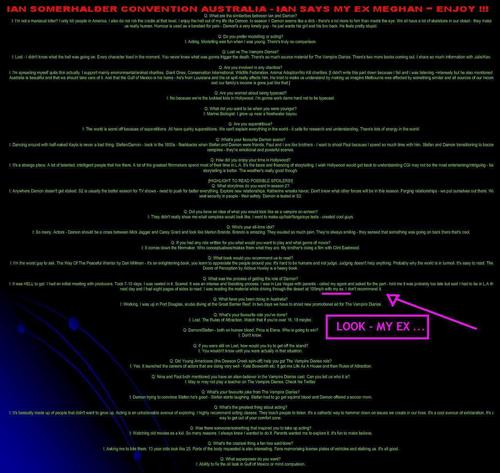 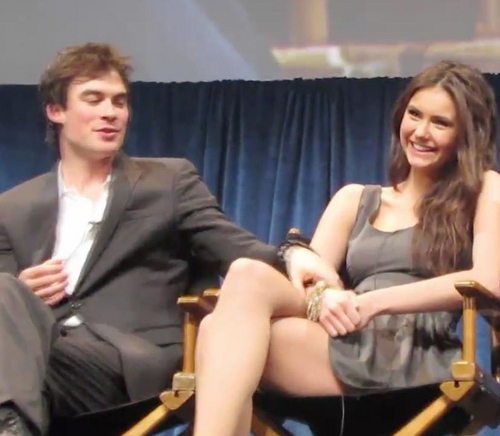 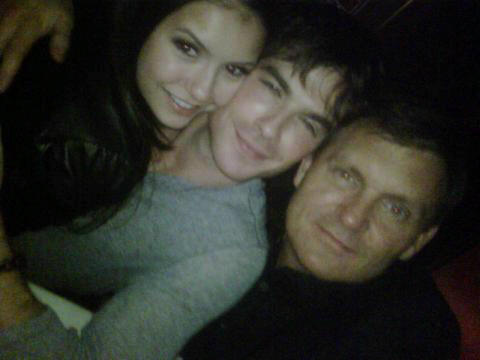 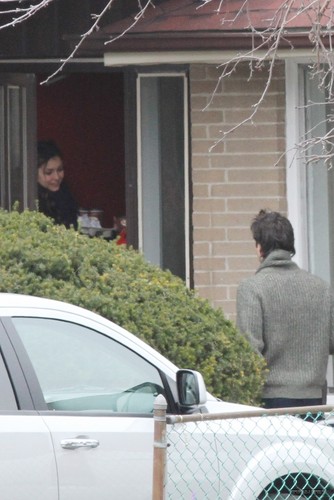 2
Ian and Nina in Toronto HQ
added by nian13 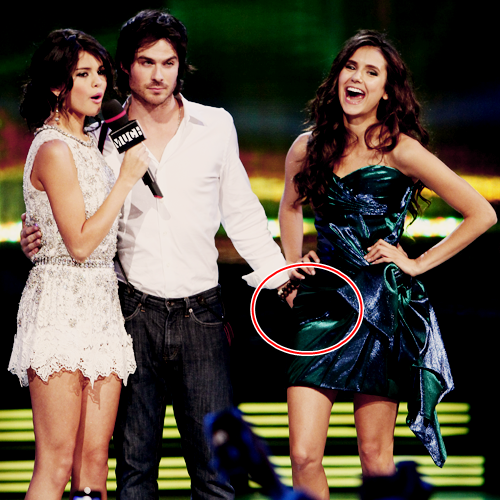 1
Much Music Video Awards
added by INLOVEWITHDAMON
Source: i don't own this 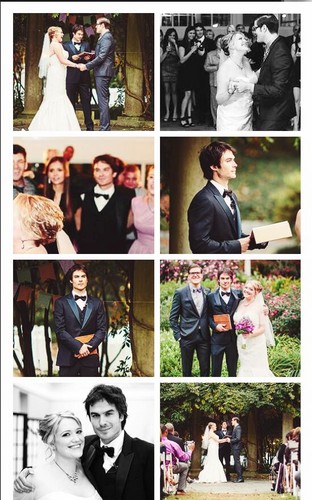