Choices have to be made
posted by joejonasfan001
"Well we haven't found anything so far"
"Tessa that's not good enough"
"Martha we're trying all we can"
"I promised that we would have this couple by now and it's been three weeks and we've turned up nothing"
"Just give us some more time.."
"Never mind"
"Martha..."
"I give up"

Martha had been missing for a few hours now and no one had heard from her, Bloom had tried phoning her but she wouldn't answer and she always answered him

"Martha, where are you? We are all worried, you haven't been answering your phone and we just wanna know that your okay, i wanna know your safe, please please phone me back"

Martha was sitting on her bed and she began to cry she began to think about everything. She thought about how she had failed herself and the team, she wished it could have been different. She went into the bathroom and sat on the edge of the bath, she looked over her shoulder and picked up her razor

"Bloom we've found something"
"What?"
"We've found an add in the local paper"
"So they advertised for people who might be willing to carry their child?"
"Yes and i phoned up the company who published this add and their description matches exactly who we might be looking for"
"Well done Tessa"
"Bloom i've .....also found Martha"
"Where is she?"
"She's at home"

John was outside Martha's house and he tried to phoning to make sure she was actually home, he heard her phone go off but she wasn't answering, he tried to the door but it was locked but remembered she always had a window slightly open so he climbed through the window and looked around she wasn't down stairs so he decided to try upstairs

She never replied as he got upstairs he began to hear crying, he followed it to the bathroom he knocked before entering, there was no reply so he slowly opened the door. When he saw inside he saw Martha on the floor, with the razor next to her and her arm was bleeding

Martha broke down into even more tears and wrapped her arms around John and held him so tight like she was scared to let go. John was upset and angry with her and himself, but he was glad she was still breathing. They stayed like this for a while until John wanted to clean Martha's arms

"So Tessa you got anything?"
"Yeah i phoned the company again, they said that the couple did leave a forwarding address but when i checked it out it turns out that it's just an abandoned apartment"
"So what are we waiting for let's go"
"Well i was thinking that maybe we could wait for a while i mean we don't exactly have the evidence yet. I also have another idea"

Martha was sitting on her couch while John was in the kitchen, she hadn't said a word to him. He was worried, he went over to the couch and sat down next to her

"Martha it's okay if you don't wanna talk, but i thought you had stopped all this. You promised me that if you ever felt like... doing that again that you would tell me and we would talk about it, i don't want you to hurt yourself again, it hurts me knowing that you've done this..."

"I'm sorry, i'm so sorry"
"It's okay, just promise me you won't do it again"
"I promise"
"Thank you, i just really worry about you"
"I know. The feeling's mutual"
"I think we should get back to work, they'll be wondering where we've gone"
"Yeah i suppose so"

John and Martha walked back in to work, Martha made sure she wore a long sleeved jumper to cover her arms so they won't see her cuts

"Martha are you okay?"
"I'm fine Tessa sorry about earlier i'm under a lot of stress and i didn't mean..."
"It's okay i understand"
"Thank you, so what have got?"
"Well we may have found out where they are living and possible suspects"
"Good that's good"
"So i have had an idea on how to get the evidence we need to convict them"
"Okay let's hear it"
"Well these people need a baby in order to gain access to the country so i think we should get someone to reply to the add and go and meet them to try and get them to agree to let said person carry their baby then once the baby is born and handed over we will have a piece of evidence"
"Okay so where are we gonna get this girl from Tessa?"
"Well Jose i was thinking that we could ask...."
"I'll do it"
"Martha?"
"I said i'll do it"
"Are you sure?"
"Yes i'm sure"
"Martha can i talk to you for a moment?"
"Sure Bloom"

"What are doing?"
"What?"
"Out there, What was that?"
"I was doing my job"
"By volunteering to go for an interview to see if if the couple want you to have their baby?"
"Yeah so?"
"So? Have you even thought about this?"
"Of coarse i have"
"No.. No i don't think you have...not properly anyway"
"What do you mean?"
"Martha if they pick you... you are going to have to carry their baby for nine months and then give it to them...i don't think you know how hard it is going be for you"
"I'll be fine"
"Martha..."
"Look John i know you're worried about me but you don't have to be, i know what i'm doing okay?"
"I know you can take care of yourself i just....i don't want..."
"I know"

Martha took John's face in her hands and looked into his eyes. She could see that he really did care about her. She then pressed her lips against his and gave him a gentle kiss, John then recaptured them into another gentle kiss they then pulled apart as they heard someone coming towards the office door and then it opened

"Martha?"
"Anthony"
"Tessa was just wondering if you plan on going ahead with the plan?"
"Yes, tell her i will phone them within an hour"
"Okay"
"So there's no changing your mind then?"
"I'm afraid not"
"Well i'll support you all the way no matter what happens"
"Thank you"
nickjonasfan001 Long time no see... Love it. The storyline is looking good!
joejonasfan001 thanks anything u wanna see happen let me know. i hope it works lol x
giving up is not an option
posted by joejonasfan001
Life is precious. If you were told you had to give it up, would you? Even if you knew it was the wrong choice for you but the right choice for everyone else?

"I've got new one"
"New what?"
"A case"
"Tessa you know we can't open a new file until Martha gets here"
"Where is she?"
"We don't know, Anthony's been trying to get a hold of her but he's got nothing so far"
"Well where is he now?"
"Still trying to phone her"

"Martha? It's Anthony, you are already late for work and we need you before we can proceed with...
continue reading...
All or Nothing
posted by joejonasfan001
Martha was in her office phoning their suspects, John sat on the outside on his desk watching her. He kept going through the scenario in his head and all the things that could go wrong

"Bloom, are you alright?"
"I'm fine Tessa"
"It's just that you've been staring at her for ages"
"I'm just trying to..."
"What? Lip read?"
"Kinda yeah"
"Okay stab in the dark here...How long?"
"How long what?"
"Have you liked her?"
"What? Tessa if you keep saying stuff like that you'll end up in a mental home"
"Your not denying it then?"
"....For a few months now. How did you know?"
"I see the way you look at her when you...
continue reading...
Being Yourself...
posted by nickjonasfan001
'If you love someone, you let them be themselves and if you can't or you won't then something...somethings fucked.'
They looked at each other for a moment, John knew she was right. He could never be himself with Adile he had to be Brendan Shae, the man she loved. If he told her the truth..she would leave him but what if he told Martha? would she let him leave? He wasn't going to take that chance
'I gotta go.' He picked up his jacket and left. She heard the door shut and sighed, feeling a little heart broken.
John stopped on the doorstep and looked back at the house. He didn't want to take that...
continue reading...
A new beginning...
posted by nickjonasfan001
'Tell her i don't give up without a fight.'
John watched as Adile picked up her bags and walked away from him. He never thought he would let her go but he knew where he belonged and it wasn't with her. He wandered around the city for awhile, thinking of his past and the choices he made which lead him to be where he is now. Brendan Shae was his past, he had been him for 15 years and never questioned his judgement unitl he met his new team. He saw how they all worked together as unit, something which was forgien to him. The team already had their perceptions of him due to his background but he...
continue reading... 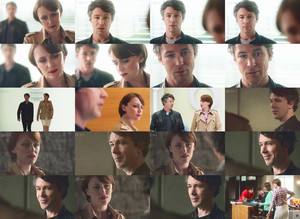 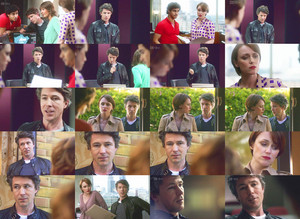 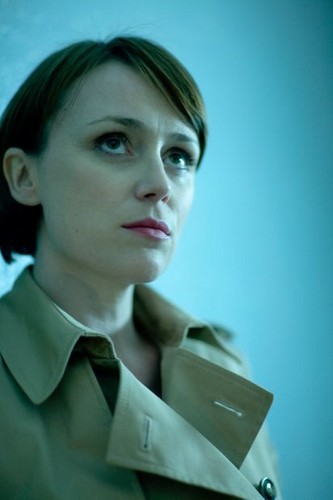 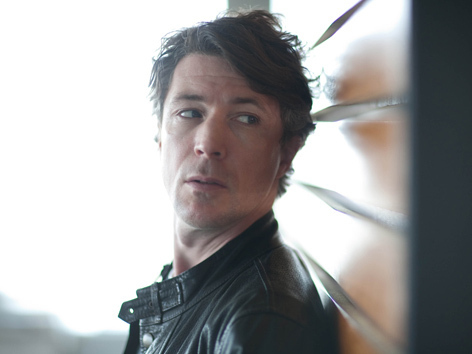 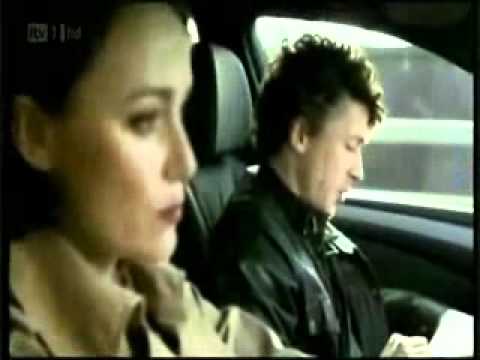 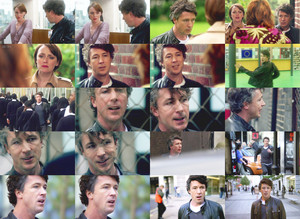 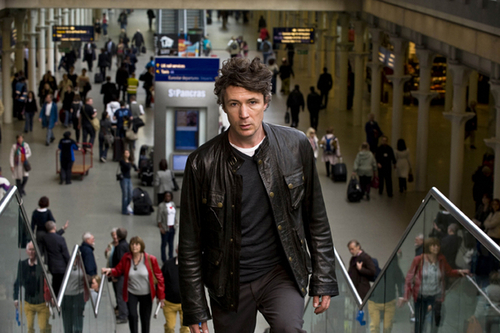 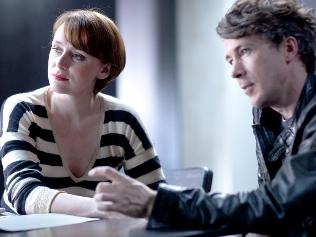 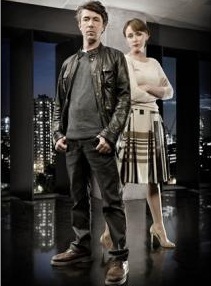 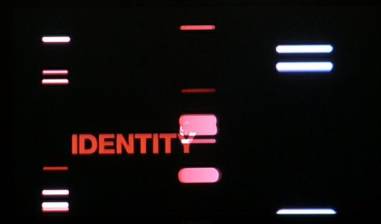 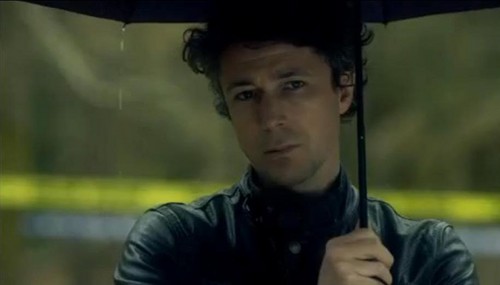