After a mixed reaction to the darker tones of 1984's "INDIANA JONES AND THE TEMPLE OF DOOM", George Lucas and Steven Spielberg decided to compensate by ending what was then planned their Indiana Jones trilogy with a movie lighter in tone. The result of this decision is the 1989 movie, "INDIANA JONES AND THE LAST CRUSADE".

The movie began with a prologue set in 1912 with a 13 year-old Indiana Jones riding with his Boy Scout troop in Utah. He stumbles across some robbers in a cave finding an ornamental cross that once belonged to Spanish explorer Coronado. Indy manages to steal the cross from the robbers and make it back to town to report the crime. His father, Henry Jones Sr. is oblivious to what his happening, due to his obsessive research on the Holy Grail. And Indy is forced to give up the cross to a mysterious man for whom the robbers worked for. Twenty-six years later, Indy finally gets his hands on the cross from the mysterious man, off the coast of Portugal.

"INDIANA JONES AND THE LAST CRUSADE" proved to be the only film in the franchise in which its prologue had little to do with the movie's main narrative, aside from a brief peek into Henry Sr.'s obsession with the Holy Grail. Still in 1938, Indiana is contacted by an American businessman named Walter Donovan, who also happens to be a collector of antiquities. He informs Indy that Henry Sr. had vanished in Venice, Italy while searching for the Holy Grail on his behalf. Indy also receives a package in the mail that contains his father's "Grail Diary" - a notebook featuring the latter's research on the artifact. Realizing that Henry Sr. is in trouble, Indy and his mentor, Marcus Brody, travel to Venice and with the assistance of Dr. Elsa Schneider, Henry's Austrian-born assistance, search for the missing archaeologist. During their adventures, the trio discover that Henry's disappearance is either tied to a Christian secret society called the Brotherhood of the Cruciform Sword or the Nazis.

From the time I first saw "INDIANA JONES AND THE LAST CRUSADE", I enjoyed it very much. Actually, I can say the same for just about every INDIANA JONES movie I have seen, save one. It really is a fun movie and I suspect this is a result of Lucas and Spielberg's decision to make its tone lighter than either "TEMPLE OF DOOM" and 1981's "RAIDERS OF THE LOST ARK". Just like in the previous movies, "THE LAST CRUSADE" saw Indiana Jones on a globe-trekking adventure to acquire a famous artifact on behalf of someone. In this case, he seemed to be working on behalf of both Walter Donovan and especially his father, Henry Jones Sr. But there was one aspect of this movie that made this movie particularly enjoyable was the casting. Lucas and Spielberg, along with screenwriters Jeffrey Boam and Tom Stoppard (uncredited), decided to make this movie a family affair by including Indy's dad into the story. They also broadened the role of Indy's mentor (and Henry Sr.'s college chum), Marcus Brody, who was featured in probably the movie's funniest scene. And this is the only INDIANA JONES film and the second one for Lucas that featured a villainous leading lady. In fact, I suspect that Lucas was inspired by the Princess Sorsha character in 1988's "WILLOW", who started out as a villain and ended up as a sympathetic character. With Dr. Elsa Schneider, Lucas and Spielberg had a leading lady who started out as a heroine, slipped into villainess mode and ended up as a very ambiguous anti-heroine. I am not claiming that Elsa was the best of the movie franchise's leading ladies, but she was certainly interesting.

The movie also featured some first-rate action sequences. My favorite included Indiana and Elsa's conflict with the Brotherhood of the Cruciform Sword in Venice, Indy and Henry Sr.'s hasty departure from a Zeppelin that was returning to Germany and especially their escape from the German Army controlled Brunwald Castle on the Austrian-German border. The extended action sequence featuring Indiana's clash with Colonel Ernst Vogel aboard a tank in the fictional Hatay desert ended with one of the movie's best scenes - namely the tank falling over a cliff along with Indy and Vogel. This particular sequence must have been so successful that I suspect producer-director Peter Jackson more or less used it in one important scene in 2003's "LORD OF THE RINGS: RETURN OF THE KING". But the movie was not sustained by interesting characterizations and action sequences alone. The main narrative for "INDIANA JONES AND THE LAST CRUSADE" - the search for the Holy Grail and belief in its existence and power - not only set in motion a series of adventures for the main characters, but also served as a backdrop for Indiana's complicated relationships with both Elsa Schneider and especially, Henry Sr. In fact, one of my favorite scenes in the entire movie featured a brief conversation between Indy and Henry Sr. aboard the Zeppelin in which the former pointed out that the latter's obsession with the Holy Grail and inability to communicate led to a twenty-two year estrangement between father and son.

But as much as I enjoyed "INDIANA JONES AND THE LAST CRUSADE", it is probably my least favorite in the franchise. Aside from the leading lady's characterization, the movie strikes me as the least original of the four movies. The other three movies offered something truly original to the franhcise - especially in regard to narratives. I cannot say the same about "THE LAST CRUSADE". Despite its unusual addition of the Elsa Schneider and Henry Jones Sr. characters, it was more or less a rehash of "RAIDERS OF THE LOST ARK", which included a search for a Judeo-Christian artifact, Nazis, a Middle Eastern setting, the return of both Marcus Brody and Sallah Mohammed Faisel el-Kahir (Sallah), and a non-German collaborator of the Nazis who seemed more interested in the artifact than ideology.

Also, I was not that impressed by the 1912 Utah prologue for the movie. I did not find it particularly interesting, even though I am thankful that it served as a forerunner to "THE YOUNG INDIANA JONES CHRONICLES" television series from the early 1990s. And as much as I enjoyed the relationship between Indy and Elsa, there was one scene between them that I found unappealing. It concerned Indy's efforts to retrieve his father's "Grail Diary" from the Austrian art historian in Berlin. The retrieval led to an angst-filled quarrel that struck me as rather false. I got the impression that Lucas and Spielberg were trying to capitalize on the emotional relationship between the James Bond and Kara Milovy characters in the 1987 Bond movie "THE LIVING DAYLIGHTS". The problems were that I never got the feeling that Indy and Elsa were that emotionally involved for such angsty fight, and Harrison Ford and Alison Doody never really sold it for me . . . at least in that particular scene. Like the other three movies in the franchise, "THE LAST CRUSADE" suffered from some heavy-handed action sequences. This was especially apparent in the Hatay desert sequence featuring the Nazi tank. And could someone please explain how that Zeppelin traveled from Berlin to Southeastern Europe so fast? It was in the latter region where Indy and Henry Sr. encountered the German fighter planes sent to kill them. Also, "THE LAST CRUSADE" suffered from a fault that also marred both "RAIDERS OF THE LOST ARK" and 2008's "INDIANA JONES AND THE KINGDOM OF THE CRYSTAL SKULLS". In the film's final confrontation scenes, Indy played no role in the main villain's downfall. Like in the 1981 and 2008 films, he mainly stood around with this thumb up his ass while someone else . . . or a supernatural entity dealt with the main villain. And like in the other two movies, I found this anti-climatic and rather disappointing.

But I was certainly not disappointed with the cast. They proved to be first-rate . . . not surprisingly. Harrison Ford returned as the intrepid archaeologist Indiana Jones and was superb and more relaxed in the role. Okay, I did criticize his acting in that Berlin scene with Alison Doody, but it was only one blot in an otherwise excellent performance. Dr. Henry Jones Sr. has to be my favorite Sean Connery role of all time. I adored him as Indy's priggish and high-minded father who finds working in the field a new experience. And he also got to speak one of my favorite lines in the entire film, while repelling a German fighter plane in Eastern Europe. In fact, it is my favorite Connery quote of all time. Alison Doody was at least 21 or 22 years old when "THE LAST CRUSADE" went into production. She only had at least 2 to 3 years of acting experience. And yet, I was more than impressed by her portrayal of the amoral Austrian art historian Dr. Elsa Schneider. Doody had once complained that dealing with the Austrian accent was difficult for her. I would think dealing with Elsa's complex nature would be more difficult. And I believe that despite her limited experience at the time, she did a pretty damn good job in portraying the very ambiguous Elsa - aside from that Berlin scene with Ford.

Julian Glover gave a smooth performance as Walter Donovan, the American businessman for whom the Jones family sought out the Holy Grail. His Donovan also proved to be just as complex, thanks to his skillful performance. Both John Rhys-Davies and Denholm Elliot reprised their roles as Sallah and Dr. Marcus Brody. And both were not only entertaining, but also gave first-rate performances. I especially enjoyed Elliot's display of humor in a scene featuring Marcus' arrival in Turkey. Michael Byrne's portrayal of S.S. Colonel Ernst Vogel struck me as both subtle and intimidating. Back in 1980, Kevork Malikyan first tried out for the role of Sallah for "RAIDERS OF THE LOST ARK", but the role went to Rhys-Davies. But Spielberg remembered him and hired the actor to portray Kazim, a member of the Brotherhood of the Cruciform Sword, whom Indy and Elsa encountered in Venice. Malikyan's skllful portrayal of Kazim proved to be a complex mixture of intensity, religious fevor and a deep-seated calm. And River Phoenix did a marvelous job in portraying the 13 year-old Indiana. He proved to be quite adept in capturing Ford's mannerisms and speech pattern, while maintaining the persona of a boy in his early teens.

As I had stated earlier, I found "INDIANA JONES AND THE LAST CRUSADE" to be the least original of the four movies in the franchise. Because of this, it is also my least favorite. But despite being my least favorite "INDIANA JONES" film, it is still very entertaining and I never get tired of watching it, thanks to a solid story penned by Jeffrey Boam and Tom Stoppard, first-rate direction by Steven Spielberg and an outstanding cast led by Harrison Ford and Sean Connery. 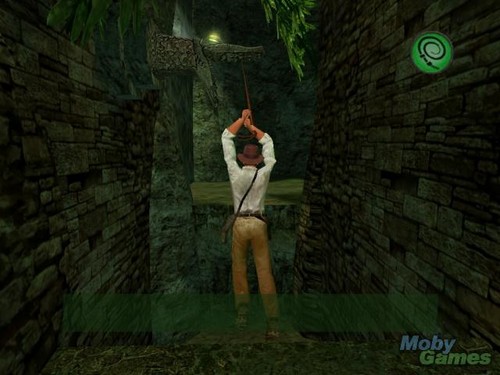 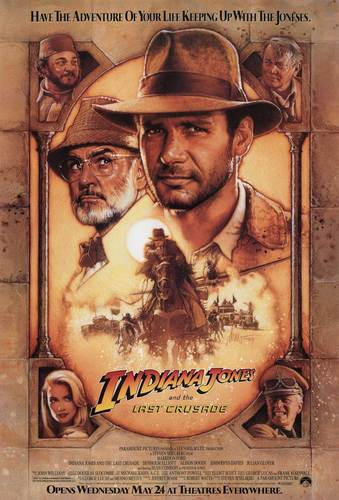 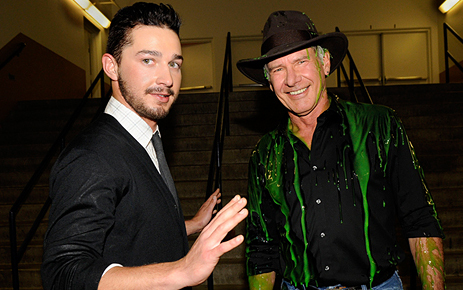 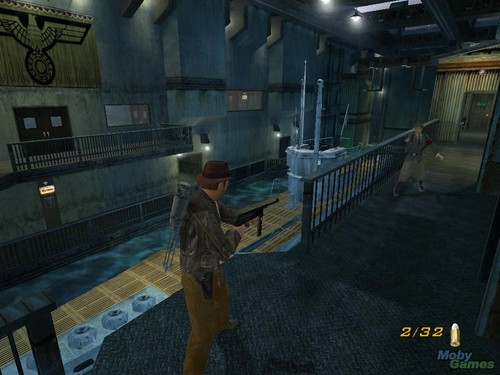 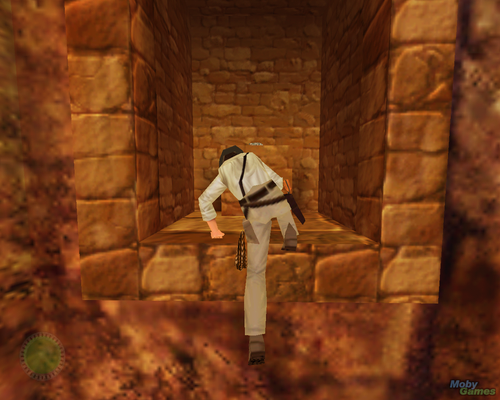 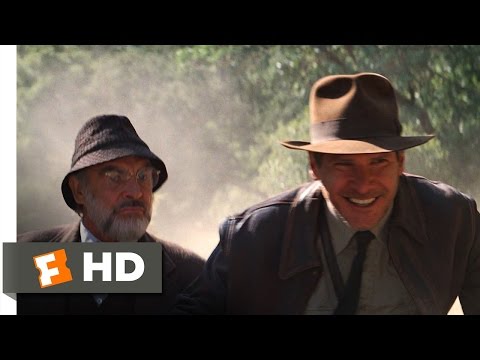 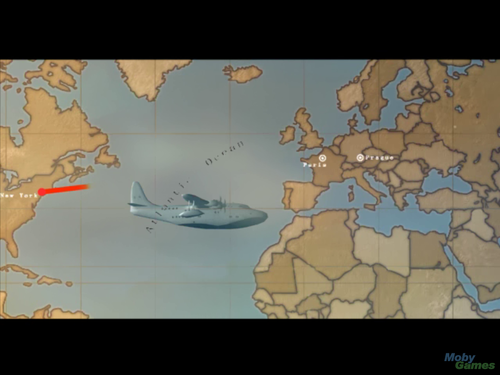 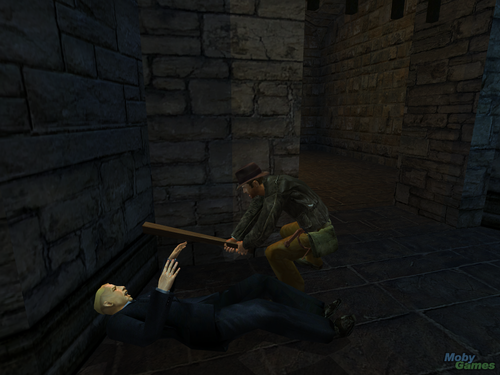 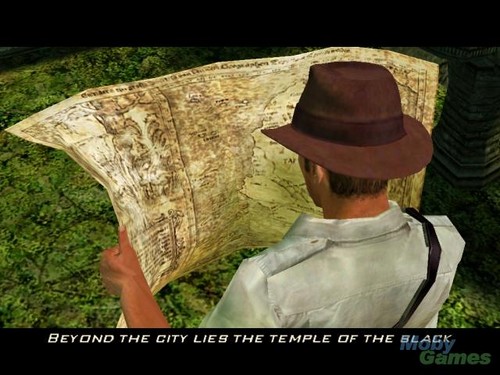 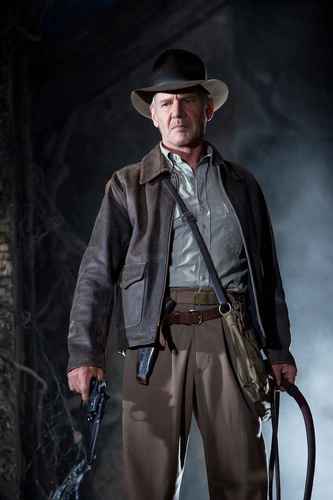 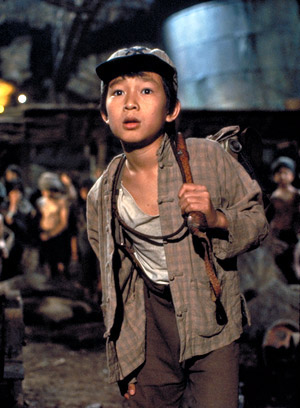 2
Short Round
added by ErnieHannah333 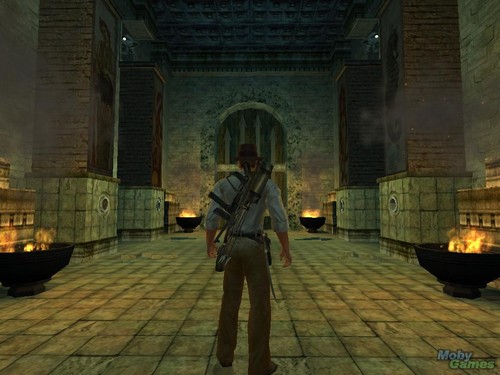 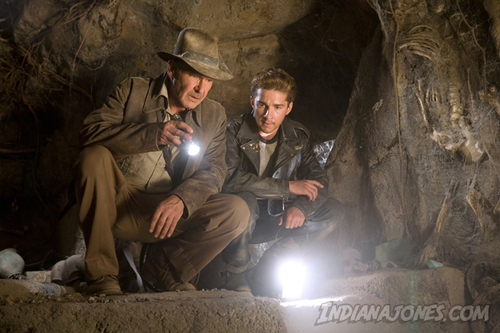 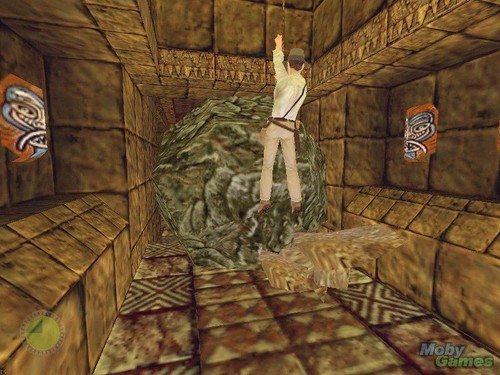 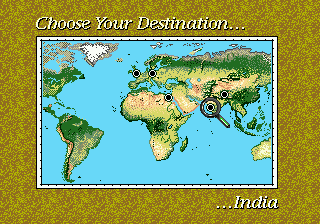 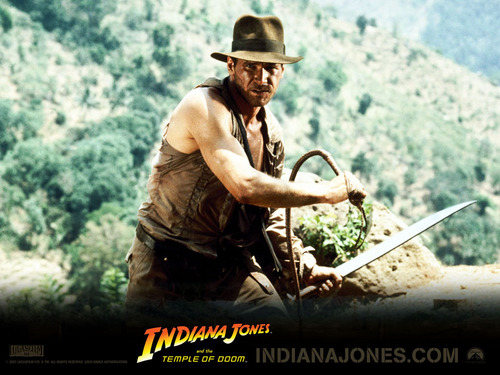 Indiana Jones and The Temple of Doom
added by A-Gie 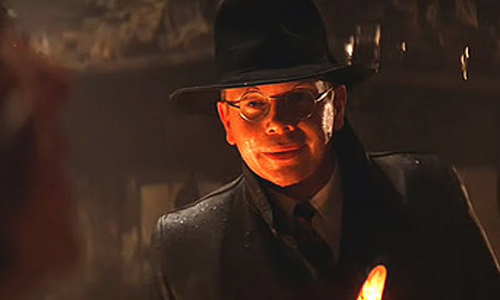