My Top 10 Favourite Characters And Why I Like Them
posted by Pinnipedi
Okay, so I was originally going to do this as a poll, but then I realized that then I wouldn't be able to say why I like them and everyone would just choose Dustfinger anyway, so that wouldn't be fun. So here are my top 10 favourite characters in the Inkheart series:

1) Mo
I've got to say that this is the craziest I've ever been about a book character. Mo is such a well built character and I love every version of him, Silvertongue, the Bluejay and the bookbinder/father. He is just so talented and noble and kind and has such an amazing loving heart. I am in complete admiration and adoration of him.

2) Violante
I love Violante because she reminds me a lot of myself. Just like her, I'm caught up in my own sadness even though I'm very well off, I cling on to false hopes, I feel terrible about the state the world is in and feel powerless to change it, I take myself too seriously and feel like other people don't take me seriously enough, and I also live with a younger boy who I don't understand (although hers is her son and mine is my brother.) Also, we both love books, and we're both short and don't want to be.

3) Fenoglio
I think Fenoglio is positively brilliant. He's such a good writer and he's more than a little up himself but I like that. He's over dramatic which is something I can relate to. His chapters are always fun to read.

4) Dustfinger
I know a lot of you will be upset that he isn't my number 1, but at least he's on my list. I really like him and really admire him for what he does with fire, but sorry, Mo, Violante and Fenoglio beat him.

5) Meggie
I can't not include Meggie in my top five, even if she only just makes it. She's so sweet, and talented. She's also so brave! I admire her bravery so much, I don't think I could ever be as brave as her and I'm older than her.

6) Resa
Just like her daughter Resa is very sweet and brave. She's so loving and such a beautiful character.

7) Roxane
No wonder Roxane is so close to Resa. She's also a very beautiful character, and so talented, but unlike Resa she has a little bit of a hard edge which I like.

9) Brianna
I know some people may argue that Brianna isn't very nice, but I think she's wonderful. She's just so smart, sassy and brilliant.

10) Elinor
In the end she only just made it on to this list, but I think Elinor is positively brilliant. She's hilarious and a booklover and it's kind of hard to describe what she's like in any word other than brilliant.

Okay, so these are my top 10 favourite characters in the Inkheart series. I hope you enjoyed reading!
crossbreed likes this
Portia0623 Great list! 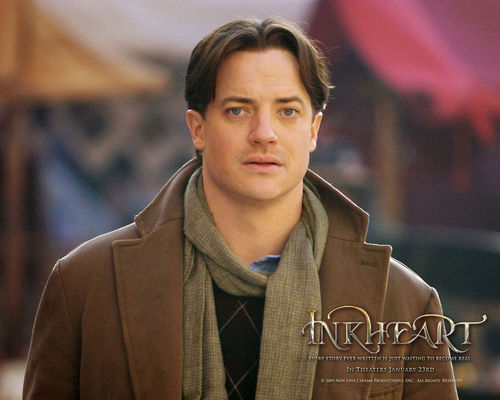 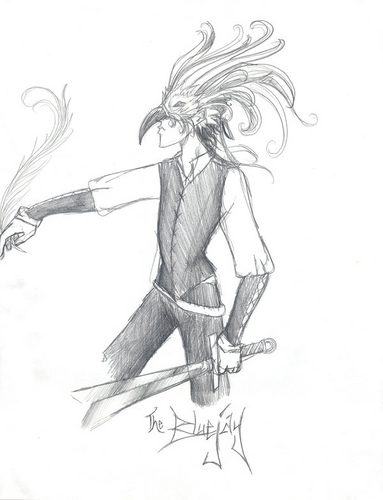 4
the BlueJay
added by lori521
Source: once again,i didnt draw this. but its awsome, right?! 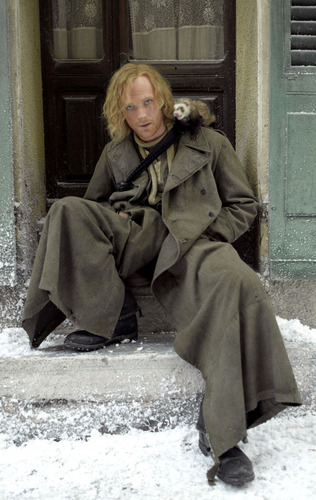 1
Inkheart movie
added by emma-jeff
Source: google
1
meggie and farid to be or not to be (spioler)
posted by basta_fan

meggie and farid
hello let me just say i'm the first to wright and inkheart artical.

As we all know at the end of the book inkdeath meggie choose doria over farid. Personaly i don't agree with her choose, but lets just start at the beging. Meggie liked him and farid liked her they were ment to be together you could tell.
In inkspell they kissed and were head over heels in love with eachother. But meggie, being to worred, was afraid that farid liked dustfingers more then her, the only reson farid spends so much time with dustfingers is because he never had a dad and dustfingers is the closet thing he came to...
continue reading... 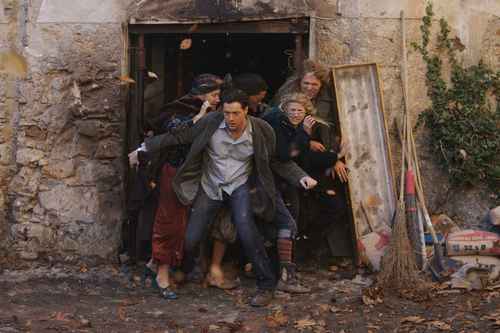 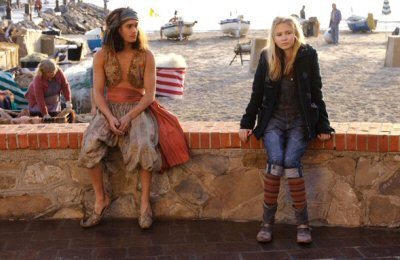 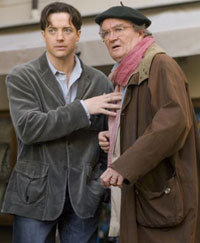 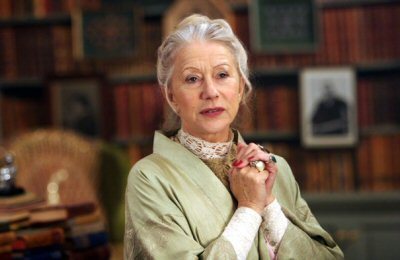 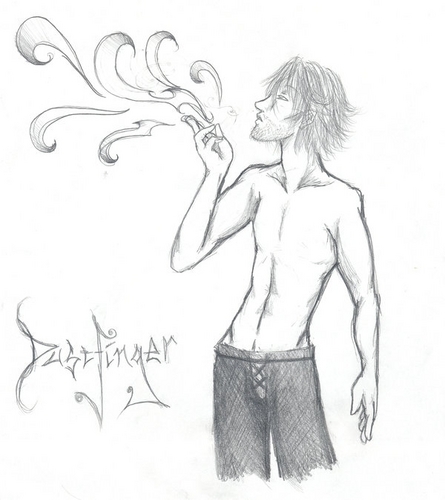 8
DustFinger
added by lori521
Source: i didnt draw this! i found it on the cornilea funke fan site,fan art, but it is so cool! 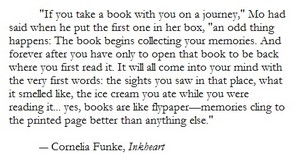 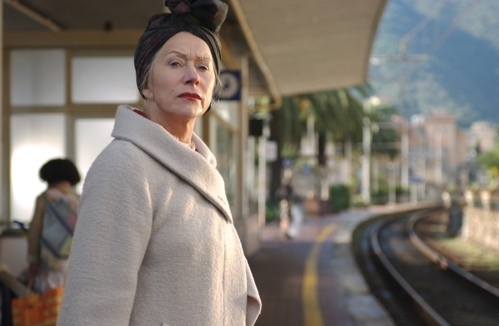 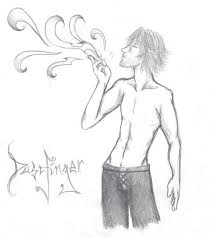 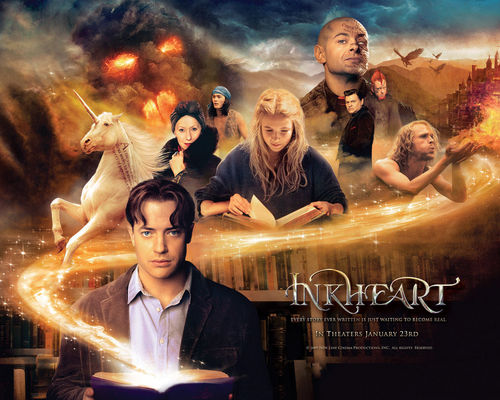 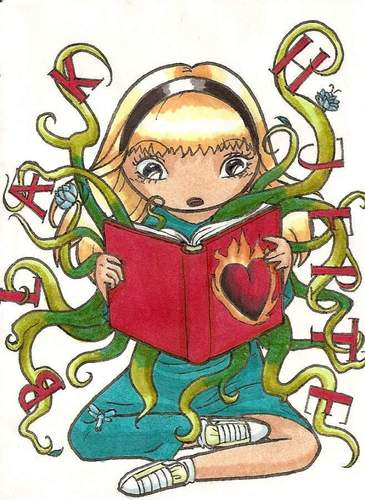 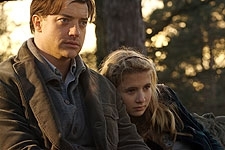 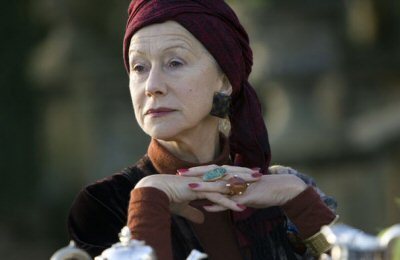 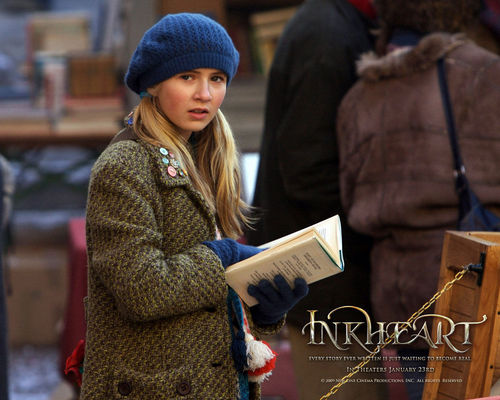 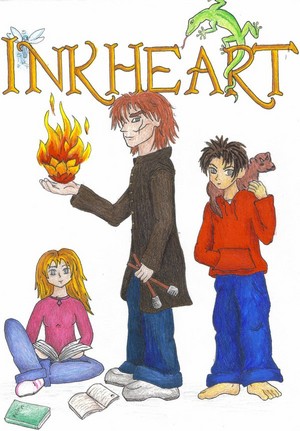