2
The Other Version Of Insidious Ch.1
posted by xXxNinjaxXx
Dark eyes... That's all Rosalynn Lambert could remember from her nightmares. Dark eyes with several sins hiding beneath them. Being a teenager with no worries, this would probably would have to be her biggest fear.
She didn't scream. She just sat in her bed, shaking uncontrollably and sweating badly. Her raven hair was tied back in a messy bun, but it was slicking against her pale skin due to her sweat.
After getting over the initial shock, she looked over to her alarm clock and sighed irritably. '6:37', it read. She might as well get up now that she was too afraid to fall asleep.
Flipping off the covers from her body, she hopped from the bed and passed by many boxes, before finally exiting her bedroom.
Light poured from the windows as she made her way downstairs. She didn't like the house. Not only was it creepy as hell, but it was eerily quiet, whether if you were screaming or not.
When she made it to the pathway that lead her to the living room, she spotted a woman and a young boy sitting on the floor looking through an old photo album. She almost instantly recognized them as her mother and baby brother.
"You up, too?" her mother called, seeing her oldest daughter standing not too far away. Rosalynn yawned for a response and went to join them both on the floor.
"What's this?" she asked quietly, afraid that she'd wake up Callie if she were too loud. Callie cried over everything. Yet, this was the only bright side of having an eerily quiet house since you can barely hear her.
"Just looking through over a photo album," Renee, or Rosalynn's mother, answered simply. Rosalynn took an edge of the album in her hand and scanned the photos.
"There's none of Dad in here," Rosalynn mumbled, not expecting for Renee to answer.
"Actually, you're right. Dad never really liked to take pictures." Renee said awkwardly, flipping through the pages quickly, as if a picture of Rosalynn's father would magically appear.
Dalton, or Rosalynn's little brother, just sat quietly in his mother's lap, staring blankly at the pictures. He seemed to be in deep thought.
A faint cry was heard over the silence. Rosalynn knew it was Callie's cry. Renee told her and Dalton to hurry up and get ready for school while she fetched Callie.
Rosalynn ruffled Dalton's hair on her way to her bedroom. When she entered it, she felt cold air brush past her like a ghost. She had to take a moment to regain herself. She knew something changed in her room, even though no one in the house had entered it.
Shaking her head, she walked over to the cardboard box that held her school clothes and opened it. After three days, she still hasn't unpacked.
A ringing from the other side of the room, interrupted her search. Groaning slightly, she stood up and ran to her ringing phone.
She read the name and smiled inwardly, before answering it. "You still owe me my five bucks," she giggled, using her shoulder to hold her phone while she used her arms to find her clothes.
"No, Garrett owes you five bucks," the sound of her boyfriend's voice sent chills down her spine. Even when not with him, he always found away to give her a unique reaction.
"Well, then you both do because you were both in the bet. Anyway-" she stopped short when she saw her father leaning against the doorway with a perplexed look on his face.
"Give." he demanded, holding out a hand. She sighed, taking the phone and handing it to him. He gave her an evil smirk, before pressing the phone to his ears. "Hello, Brenden, this is Josh speaking."
Rosalynn crossed her arms, glaring coldly at her father. She knew he just wanted to protect her, but sometimes it could just get on her last nerve.
"Yes....I just want to tell you, that if you call my daughter at seven o'clock in the morning again, I will be forced to suspend you....Uh-huh! Bye!" He hung up. Josh, or Rosalynn's father is unfortunately working at her school. He said it was better that way because now he could always see what she's up to.
"What is wrong with you?" Rosalynn demanded angrily, snatching her phone back. Josh just pointed a finger at her, before leaving the room.
She growled, turning back to her box of clothes. But even with the room completely empty, she could feel a pair of eyes on her...

OKAY! So I added a character to Insidious! Sue me! :) Trust me, this series will be extra amazing. Not as good as the movies, but maybe a little close...
ava898 and Shorouk4ever like this 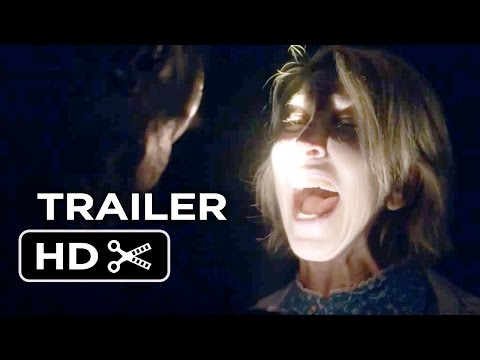 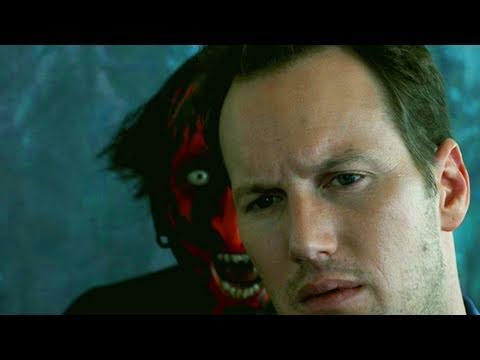 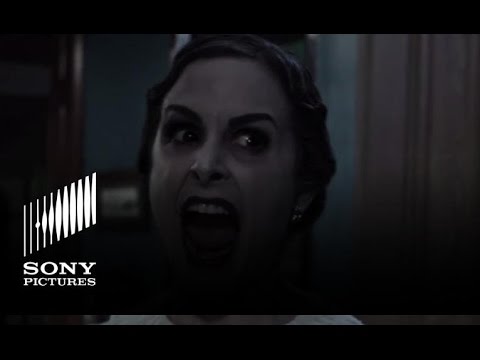 AHHHHHHHHH
added by ava898
review on insidious
posted by rahulms 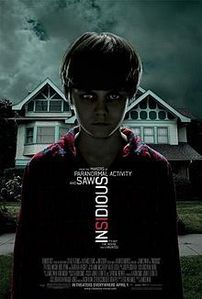 Insidious is a 2010 American[4] supernatural horror film directed by James Wan, written by Leigh Whannell, and starring Patrick Wilson, Rose Byrne and Barbara Hershey. The story centers on a couple whose son inexplicably enters a comatose state and becomes a vessel for ghosts in an astral dimension. The film was released in theaters on April 1, 2011,[1] and is FilmDistrict's first theatrical release. A sequel, Insidious: Chapter 2, was released on September 13, 2013, with Wan returning as director and Whannell returning as screenwriter. Because of the film's success it was turned into a maze...
continue reading... 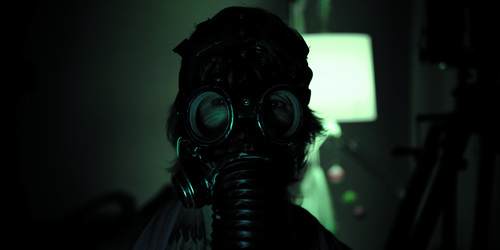 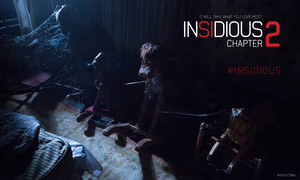 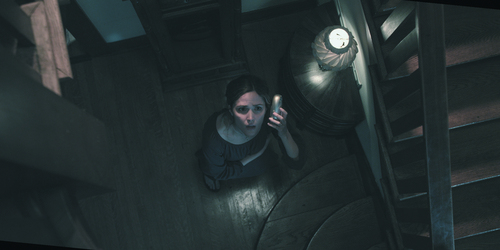 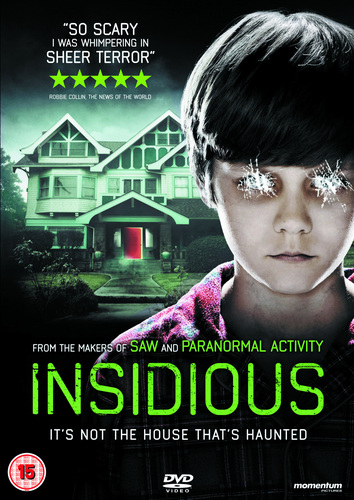 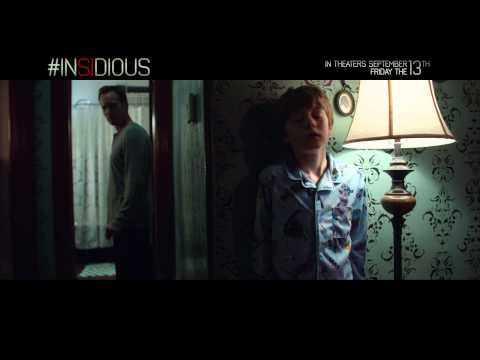 25
INSIDIOUS CHAPTER 2 - Official Trailer - In Theaters 9/13/13
added by ckgurl
INSIDIOUS: CHAPTER 2, a terrifying sequel to the acclaimed horror film, which follows the haunted Lambert family as they seek to uncover the mysterious childhood secret that has left them dangerously connected to the spirit world.
video
insidious
movie
insidious 2 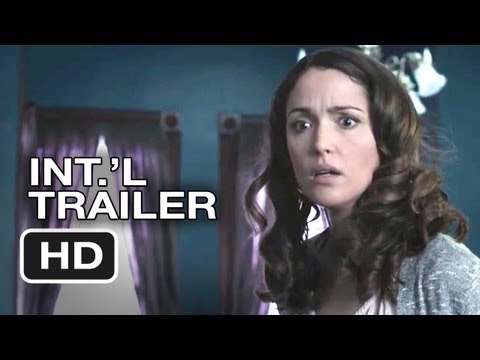 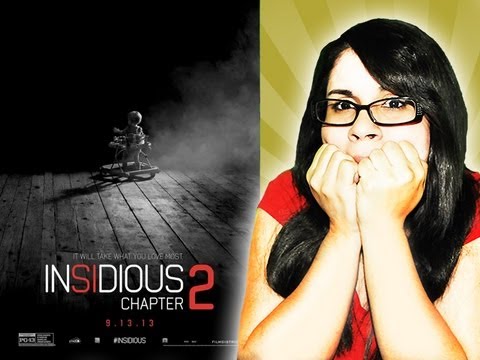 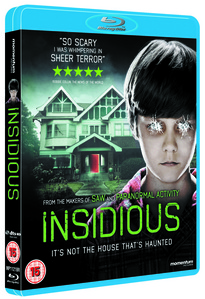 “SO SCARY I WAS WHIMPERING IN SHEER TERROR.” (5 STARS) – ROBBIE COLLINS, NEWS OF THE WORLD.

A global box office smash thanks in no small part to unprecedented critical acclaim and overwhelmingly positive word-of-mouth from cinemagoers who delighted in being scared witless by its supernatural shocks, the year’s scariest movie, Insidious, comes to DVD and Blu-Ray on 12th September 2011, giving thrill-seeking horror fans the opportunity to take the terror home.

Directed by James Wan, written by Leigh Whannell (together, the co-creators of the “Saw” movies) and produced by Oren Peli,...
continue reading... 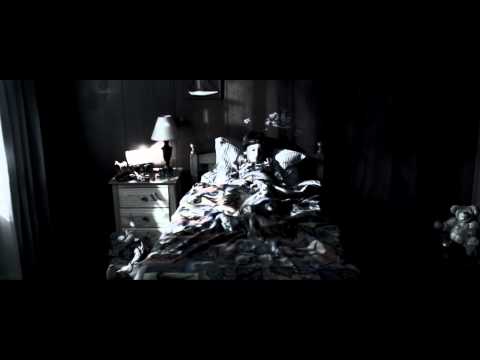