4
Takahashi Backstage Interview: How old are the InuYasha Characters?
posted by chocolate18 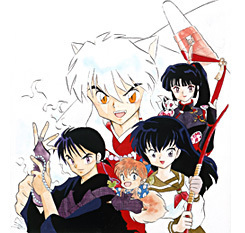 Main Characters: Miroku, Shippo, Kagome, Sango, Kirara and InuYasha.
Many of the fan letters I receive ask the question “How old are Inuyasha and the other characters?” Some fans make guesses. The character with the greatest range is Miroku, with guesses ranging from the late teens to late twenties… I basically think it's all right for the readers to view the characters as whatever age they see fit, but since so many people ask this, I'll answer with the ages I have in my head as I work.

It is clearly stated that Kagome's age is 15, so for balance, Sango is about 15 or 16, and Miroku about 17, 18. I think of Kikyo as having died at about age 17… Demons such as Shippo, Sesshomaru and Koga live anywhere from tens to hundreds of years, so I'll leave it up to the readers to decide. Inuyasha is a half-demon—and was sealed away for 50 years—so I'm not sure how to figure his age out. But if he was sealed away for 50 years, then… Emotionally, I'd say he's about the human equivalent of 15 years old, the same as Kagome. So there you have it. If you see this, tell all your friends in your class! Now goodbye, everyone!
medouri, aiceedeebee and 2 others like this 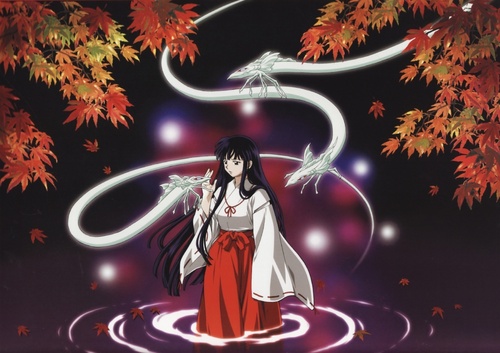 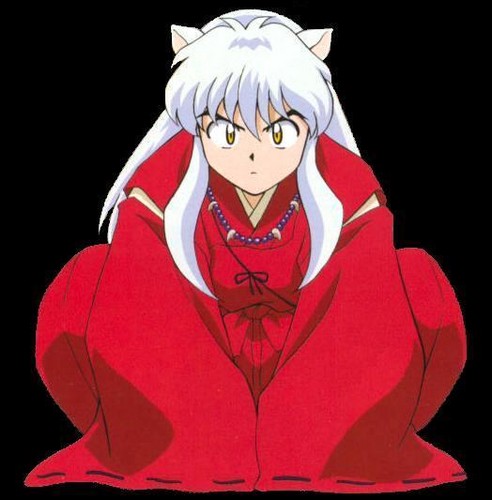 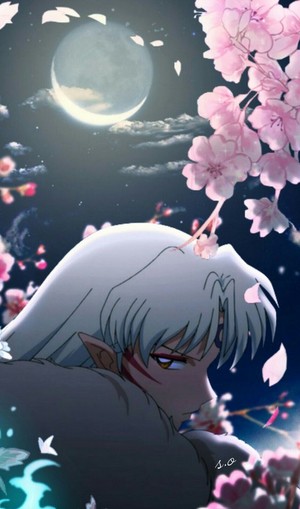 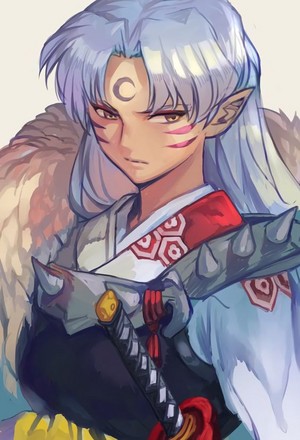 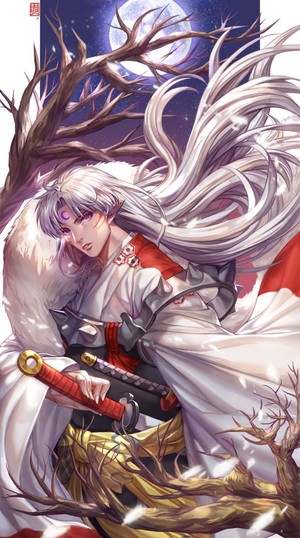 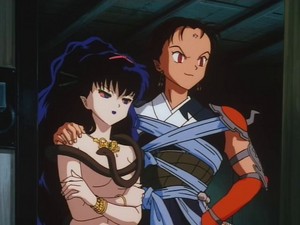 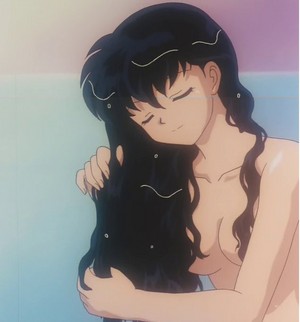 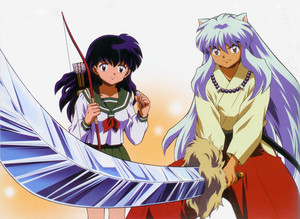 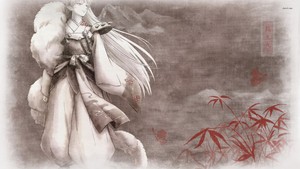 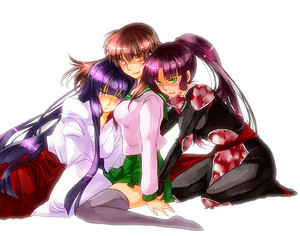 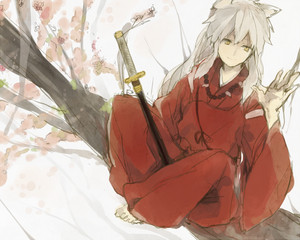 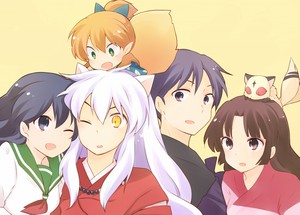 4
Inuyasha Episode 23 Kagome's Voice And Kikyo's Kiss
added by Skyadami
I do not own copyright. Inuyasha belongs to the creator of Inuyasha.
video
inuyasha
kagome
anime
kikyo 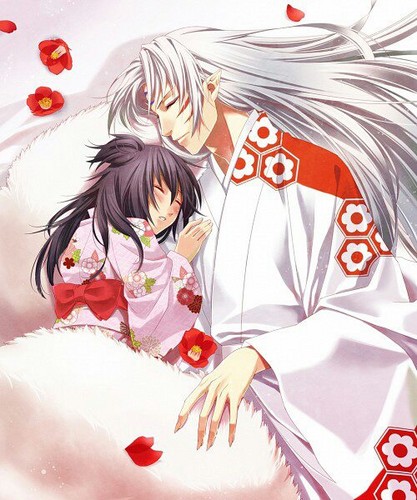 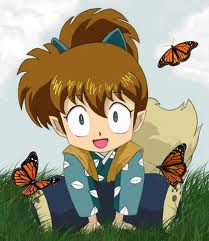 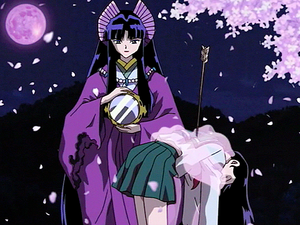