1
Sesshomaru's ways to make Inuyasha stronger...
posted by VensinGray
Now just so everyone know, I've only watched the shows. I've seen every movie and every episode of Inuyasha. But I haven't read the Manga so do not be upset with me if some of my thoughts are different.

I believe that Sesshomaru, at any point in time could have killed Inuyasha. Yes, their father did leave Tenseiga to Sesshomaru and Tetsusaiga to Inuyasha, making it futile for them to fight. But look at everything that happened.

In the early episodes, Sesshomaru used a human arm from Naraku and showed Inuyasha the Wind Scar. He could've easily just used the Wind Scar on Inuyasha.

The episode where Sesshomaru uses the Dragon Arm, he tells Inuyasha about the Wind Scar, and fights Inuyasha until Inuyasha was able to finally see it and use it to defeat Sesshomaru (Tenseiga protected Sesshomaru from the blast and Sesshomaru meets Rin and his heart starts to grow.)

When Inuyasha became a full demon to kill Goshinki (Tokijin is created from his fangs.) Sesshomaru smelled his blood, went to the tree that created the Tetsaiga and Tenseiga's sheaths, and that tree explained things to Sesshomaru. Sesshomaru then finds Inuyasha killing a bunch of humans (while in demon form) and Sesshomaru says "Know your place, a half demon should act like a half demon" And when Miroku asked him if he gained feelings for his brother he replied "I will kill Inuyasha, but why will I kill him now when he doesn't know who he is." -In my opinion, Sesshomaru just wanted to stop Inuyasha's transformation because he didn't want his little brother to become a mindless killing demon, then he would HAVE to kill him.

Panther Demon tribe. When going through the past, Sesshomaru doesn't scoff at the idea of Inuyasha helping him the first time against the Panther Demon tribe. He said "Inuyasha doesn't want to help his older brother?" then they work with each other to defeat the Great Panther Demon. The fact that they started fighting each other (If you have a sibling, you often fought with one another) Sesshomaru was upset that Inuyasha had gotten so much stronger with the Tetsaiga, so he went to fight his younger brother. But eventually, they teamed up and beat the Demon.

Sesshomaru and Inuyasha fought Naraku together at the castle. While people think that Sesshomaru would've been engulfed by Naraku, you are wrong, Sesshomaru is always calm, and calculated, he would've escaped eventually. But yes Inuyasha did come and "save" Sesshomaru and they fought together and each other and worked together to eventually defeat Naraku.

I know this is long so bare with me, but there are a lot of episodes and I haven't gotten to the movie yet.

When Rin was attacked by Naraku big bees, I'm not spelling that darn name, what is it? Simioso? Or whatever, his bugs. Sesshomaru chased two down that had stung Jaken, so they died right at Inuyasha's feet and Sesshomaru was pissed because he though Inuyasha did it. Sesshomaru defeated Inuyasha rather easily, and could have killed him, but didn't, learned about the Ox Tiger and went on his way.

In the Final Act, Sesshomaru builds up a technique called Meido Zangetsuha, then he makes Inuyasha fight him to earn it to get it. He then saves Inuyasha from Naraku.

When Sesshomaru was fighting the possessed Inuyasha (He was possessed by Magatsuhi) or whatever, the evil in the Jewel. He used Tensaiga to fend off Inuyasha instead of the Bakusaiga. When Magatsuhi mentions it, Sesshomaru says he never claimed Inuyasha as a brother but still, only used the Tenseiga.

In the movie, Sesshomaru pushed Inuyasha out of the way of a full blast from the Dragon Twister. He also could have killed Inuyasha twice during the movie but didn't.

All in all. Sesshomaru and Inuyasha will never be, come over and watch the game with me brothers. But Sesshomaru is the reason Inuyasha got stronger. In ways, Sesshomaru protected Inuyasha by teaching him to use Tetsaiga. Sesshomaru has a lot of pride, and I'm sure he's upset that Inuyasha shares the same blood as him. But throughout the course of the series I just felt that Sesshomaru had a secret desire to make Inuyasha stronger. I may be wrong, maybe Sesshomaru just wants a great battle before he kills him. But what's the purpose? Not sure. Thoughts?
lilpeachyleo likes this
Teramon I agree, Inuyasha would be really weak without Sesshomaru. I think their father planned it (in a way), he wanted Sesshomaru to overcome his pride and accept Inuyasha as his brother.
VensinGray I agree with you Teramon, their father made it so that fighting against one another would be futile. Tetsaiga protected Inuyasha and the Tenseiga protected Sesshomaru whenever their fought. I think Sesshomaru has accepted Inuyasha as his brother, but he always wants Inuyasha to be tough.
melissalove16 I agree and I think he is doing it because he doesn't want his brother to be killed. It is fairly obvious that he is cold towards Inuyasha however I don't think he hates him. All the points you made I had noticed myself (except for the movies because I have only seen the first one) I have noticed he has had many opportunities to kill Inuyasha but never has and I know the swords make it futile for them to fight but Inuyasha was alive for 200 years before he got that sword and I am pretty sure if Sesshomaru really wanted him dead he would have killed him some point in that time period. I am not sure if this is true because it is just a theory but during the time when Sesshomaru was fighting Inuyasha in their father's grave Sesshomaru seemed to be trying to kill Kagome more then Inuyasha, when he turned into the big dog thing the first person he tried to stomp was Kogome, Sesshomaru knows that 50 years ago Inuyasha fell in love with a human and got sealed to that tree so easily, Sesshomaru instantly notices that Inuyasha loves Kagome which is when he starts trying to kill her. Seeing this made me think maybe he is afraid Kagome will betray Inuyasha like Kikyo did. also when the battle with the panther tribe showed up along with the one with Naroku, Sesshomaru was very insistant that Inuyasha leave, maybe this was because he was afraid Inuyasha wasn't strong enough to handle them. also during the time when Inuyasha was full demon and kagome asked him why he cared and he stated he didn't and that he would kill Inuyasha just not when he doesn't know who he is, this got me thinking as well.... If sesshomaru hated Inuyasha so much to the point where he wanted him dead... Why would he care if he remembered who he was or not? Also what I noticed is when those two fight they are very long and drawn out battles and when Inuyasha fought the band of 7 they were long as well but when Sesshomaru fought them it ended in like 2 minutes which lead me to the conclusion, Sesshomaru has been going easy on Inuyasha the entire time! I also noticed when they were fighting in there fathers tumb Inuyasha hit him and broke his armor then Sesshomaru actually smiled which is rarely seen, so over all I think he loves his little brother and is to prideful to show it but I could be wrong!!!
9
My top ten resons why I hate kikyo
posted by inufan13
1:she's a zombie that stils souls from the dead
2:she took the half of the juwle(spelling)that inuyasha had and gave it to naraku
3:she tried to take inuyasha to hell with her wile(spelling)inuyasha was unconsie
4:she tried to kill kagome
5:she tried to kill inuyasha
6:in inuyasha movie 1 she pushed kagome down the well telling here yet she is dead
7:she took half of kagome's soul
8:every time she falls off a cliff she somehow maneges to survive
9:she shot inuyasha with an arrow binding him to that tree
10:when ever she comes around inuyasha always gose to see her wich resalts in her makeing kagome cry it's not inuyasha's falt if kikyo would have stayed dead kagome and inyasha woulden't have to cry all the time. and theres my ten resons for hateing kikyo. 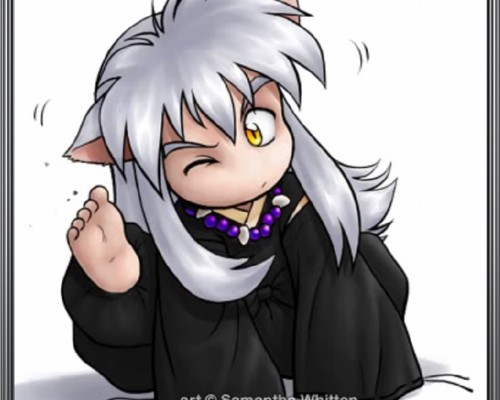 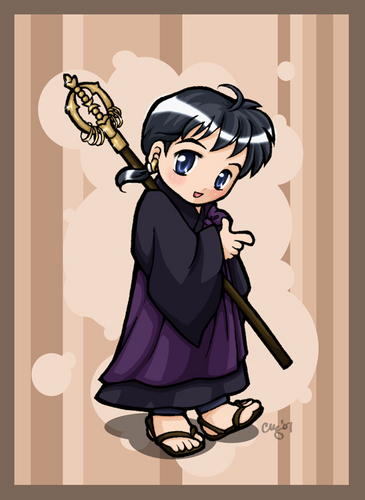 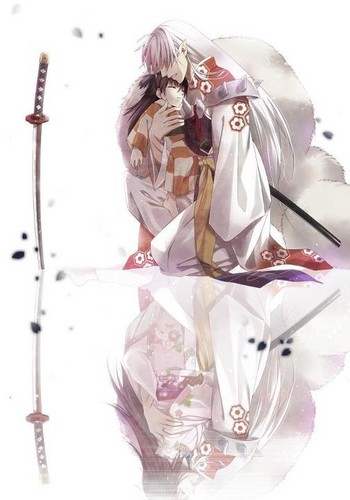 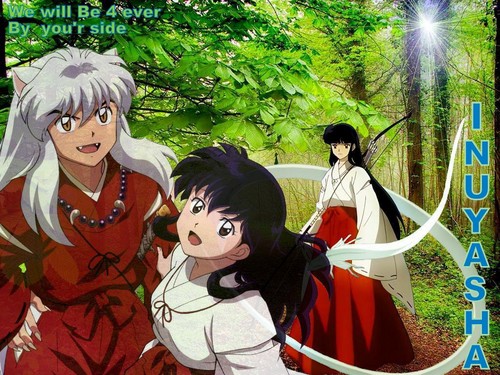 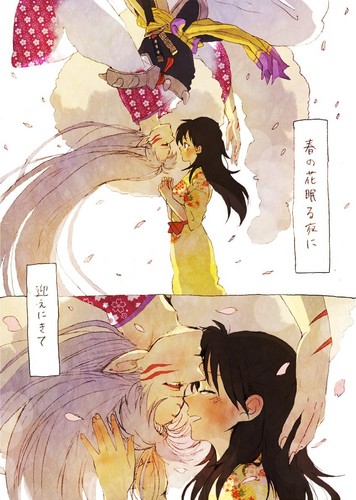 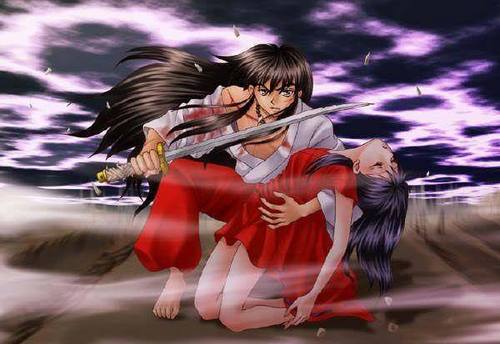 2
Inuyasha and Kagome
added by Shikon_Kiara 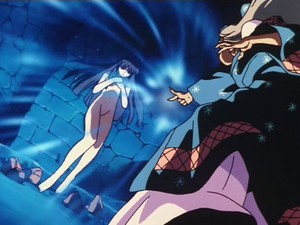 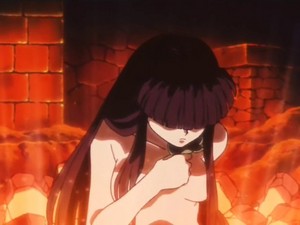 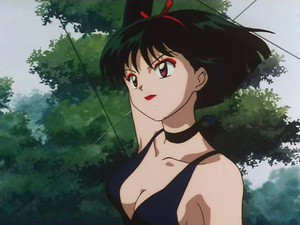 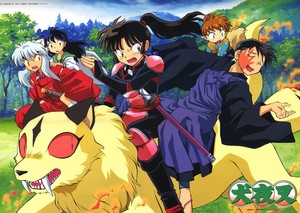 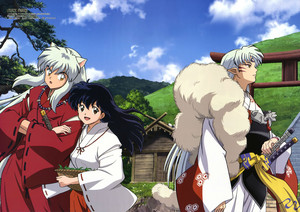 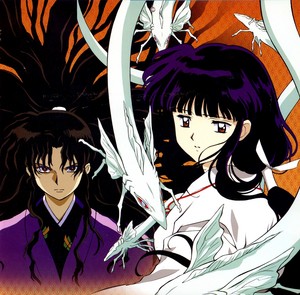 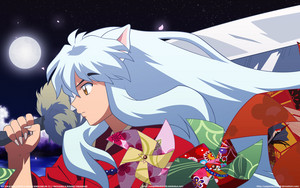 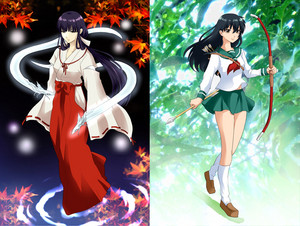 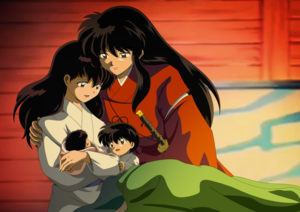 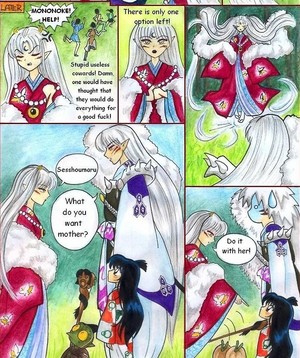 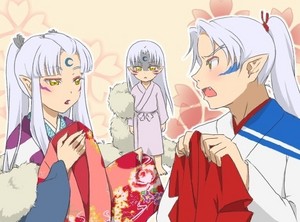 1
Which? The Battle
added by MaryMarie
Source: member id on pixiv=755408 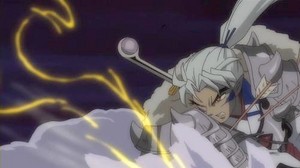