I must say that I am grateful to the filmmakers of ”IRON MAN 2”, sequel to the 2008 blockbuster, ”IRON MAN”. I am grateful that they only waited two years to make this movie, instead of three years or more. But even if they had made the movie more than two years after the original film, I believe the movie proved to be worth any wait.

Some IRON MAN fans and film critics have expressed the opinion that ”IRON MAN 2” was inferior to the original 2008 movie. I certainly feel differently. I believe that this movie was superior to ”IRON MAN”. Mind you, this new film had a few flaws. One, I was baffled by Tony Stark’s reluctance to join S.H.I.E.L.D. I had assumed after the appearance of the organization’s leader, Nick Fury, in the original film’s Easter egg sequence that he was eager to join. Even Tony’s appearance in 2008’s ”THE INCREDIBLE HULK” seemed to hint this. So what happened? Is it possible that screenwriter Justin Theroux failed to see the last ”HULK” film? One would think so. As much as I was impressed by Matthew Libatique’s cinematography, I must admit that I did not find it as impressive as his photography in the 2008 film. But I discuss this subject in greater detail, later.

”IRON MAN 2” may not have been perfect; but as I had stated earlier, I believe that it is superior to the first film. Do not get me wrong. I loved ”IRON MAN”. I still do. But in an article I had written about some of the Summer 2008 movies, its plot struck me as simple and a little unoriginal. I cannot say the same about its sequel. Thanks to Theroux and director Jon Farveau, ”IRON MAN 2” focused upon the consequences of Tony Stark becoming and admitting to being Iron Man in the last film. During the six months since the end of the last film, Iron Man’s actions as a superhero has allowed him to maintain world peace. His actions have also attracted the attention of a U.S. Senate committee, led by Senator Stern, who demanded that Tony release the Iron Man technology for military application. Stark refused, claiming his competitors are years away from successfully recreating the technology. But more trouble seemed to plague Tony. The palladium core inside the miniaturized arc reactor that he had created to power his Iron Man armor and prevent the shrapnel from a disastrous Afghanistan trip in the last film from reaching his heart . . . was slowly poisoning his blood system. Foreknowledge of a possible early death led Tony to acts of excessive and dangerous behavior – including re-instituting the Stark Expo first initiated by his father back in the 1970s, appointing his personal assistant Pepper Potts as the new CEO of Stark Industries, in and participating in the Monaco Grand Prix, at the Circuit de Monaco.

It is in Monaco where Tony has his first encounter with Ivan Vanko, a Bratva member and Russian physicist who happened to be the son of another physicist and former Stark Industries employee, Anton Vanko, who was fired by Howard Stark and deported back to the Soviet Union. Anton Vanko had also worked on the original plans of the arc reactor with Stark Sr., but the plans remained in the hands of Stark Enterprises. Vanko Sr.’s death at the beginning of the movie sent Ivan into a spiral of grief, leading him to create his own suit containing an arc reactor. Vanko used his new suit to attack Tony at Monaco. The attack attracted the attention of another weapons industrialist named Justin Hammer, an arch-rival of Tony’s. Hammer arranged Vanko’s escape from jail and recruited the Russian physicist to design drones similar to the Iron Man armor for the Stark Expo.

Tony also has to deal with the return of S.H.I.E.L.D. in his life. Unbeknownst to him, the organization’s leader, Nick Fury had assigned one of his agents to infiltrate Stark Enterprises to assess Tony as a possible agent. His spy turned out to be Tony and Pepper’s new assistant, Natalie Rushman aka Natasha Romanoff. Although Fury has become reluctant to recruit Tony for membership in S.H.I.E.L.D., he managed to provide vital materials to the industrialist to allow him to develop a safe element for his arc reactor implant that also provides superior power.

One would begin to wonder if the screenwriters had dumped one too many plotlines in the movie’s script. Some critics have complained that the movie possessed one too many villains. I would disagree. ”IRON MAN 2” simply had a complex plot that did not – in my opinion – struck me as difficult to follow. In fact, I believe that the plot’s complexity allowed the movie to be superior to the 2008 film. As for the number of villains, there were two – Ivan Vanko and Justin Hammer. ”IRON MAN” also had two villains.

Robert Downey Jr. reprised his role as Tony Stark aka Iron Man. I am trying to think of something to say about his performance. But what is there to say? He was magnificent as always by skillfully portraying every aspect of Tony’s personality – both the good and the bad. Yes, Downey Jr.’s Tony Stark was a charming, caring, brilliant and strong-willed man. But he was also narcissist, egotistical, and somewhat self-centered. This is a man who used his Iron Man technology to bring about world peace, instead of using it for personal gain and who had enough trust in his personal assistant to name her as the new CEO of his company. Yet, this same man resorts to alcohol to escape from his demons and is thoughtless enough to give his new CEO strawberries as a gift – completely forgetting that she is allergic to the fruit. Downey Jr.’s performance as Stark seemed to be among the best comic book hero portrayals I have ever seen on the silver screen.

In one of the last scenes in ”IRON MAN”, Tony said the following to his personal assistant, Virginia “Pepper” Potts:

”You know, if I were Iron Man, I'd have this girlfriend who knew my true identity. She'd be a wreck, 'cause she'd always be worrying that I was going to die, yet so proud of the man I'd become. She'd be wildly conflicted, which would only make her more crazy about me.”

In ”IRON MAN 2” Pepper certainly discovered how stressful her life could be as the object of affection (or desire) of a celebrated costumed hero. Gwyneth Paltrow returned to the role of Pepper Potts, Tony Stark’s personal assistant-turned-new CEO of Stark Industries. And I have to say that the actress did a skillful job of conveying the stress and anxiety that threatened to overwhelm her character. One of my favorite scenes featured a moment when Pepper’s emotions finally overwhelmed her, as she tendered her resignation in an angry tirade.

As everyone knows, Marvel Entertainment had decided to replace Terrence Howard with Don Cheadle for the role of Tony’s best friend, Lieutenant-Colonel James “Rhodey” Rhodes U.S.A.F. I will not discuss the circumstances that led Cheadle to replace Howard. I will say that Cheadle gave a top notch performance as Rhodey. Do I consider him to be a better choice than Howard? No. I would say that the quality of both actors’ performances struck me as equal. Not that I find that surprising. Both Cheadle and Howard are excellent actors with a strong screen presence. I did notice that Cheadle’s sense of humor never had the opportunity to flourish, until the movie’s final scenes. And his screen chemistry with Downey Jr. did not seem as strong as the Downey Jr./Howard pairing. But he certainly did not disappoint.

I must confess that I have only seen Mickey Rourke in three other movies, besides ”IRON MAN 2”. Aside from his award winning performance in ”THE WRESTLER”, I was never that impressed by him. When I had learned that he would be cast as the main villain, Ivan Vanko, I had qualms about Jon Farveau and Marvel’s decision. In the end, I found myself very impressed by his performance. He managed to portray a menacing, yet emotional personality in a suitably low-key manner. However, I could barely understand some of his lines through the thick Russian accent. Sam Rockwell was as volatile as Rourke was low key. And surprisingly, his volatile performance perfectly suited his character, Tony Stark’s fellow defense contractor – Justin Hammer. What I especially enjoyed about Rockwell’s performance was his ability to inject a raging inferiority complex underneath the gregarious personality.

Scarlett Johanssen had the opportunity to strut her stuff as Natalie Rushman aka Natasha Romanoff aka the Black Widow, Pepper’s new assistant and S.H.I.E.L.D. agent. I must admit there were times I wondered if Johanssen’s character had a personality. It finally dawned on me that she simply possessed a no-nonsense persona that could kick ass. Director Jon Farveau returned as Tony’s bodyguard and chauffeur, Happy Hogan. Thankfully, he got to do a lot more in ”IRON MAN 2”, which included coming to Tony’s rescue with the Iron Man suit during Vanko’s attack during the Monaco Grand Prix, and assisting (somewhat) Natasha during the latter’s breach at Hammer Industries. Samuel L. Jackson’s role as head of S.H.I.E.L.D., Nick Fury, was increased in this second film. And all I can say is . . . thank goodness! I really enjoyed his strong screen presence and lively conversations with Downey Jr.’s Tony Stark. I got the feeling that the two actors really enjoyed working with one another (unless I happened to be wrong).

Clark Gregg returned in the role of S.H.I.E.L.D. Agent Coulson. Not only was he his usual quiet and assuming self, but also deliciously snarky. John Sterling of ”MAD MEN” made an appearance as Tony’s father, the late Howard Stark, in old film clips viewed by Tony. Slattery’s Howard Stark struck me as lively and witty as Downey Jr.’s Tony. His performance made it easy for me to see the genesis of Tony’s own personality. And Gary Shandling tossed aside his usual comic persona to convincingly portray U.S. Senator Stern, a determined politician who wants the Iron Man armor in government hands. However, he was allowed a rather snarky and very subtle joke in the film's last scene.

As I had stated earlier, I was not that impressed by Matthew Libatique’s cinematography in ”IRON MAN 2”. Mind you, I did not find it terrible or a travesty to the art of motion pictures. But I cannot recall viewing any fantastic airborne sequences that were featured in ”IRON MAN”. Aside from Rhodey’s arrival at the Edwards Air Force Base in the War Machine armor, the movie did not feature any daytime aerial scenes, just slightly confusing night time sequences near the beginning and the end of the film. But, as I will point out later, there was one exception. However, I found most of the film’s action sequences very exciting – especially Vanko’s attack upon Tony in Monaco; the birthday brawl between Tony and Rhodey in the Iron Man and War Machine suits; Natasha’s fight against Hammer’s security guards; and the aerial chase sequence over the Stark Expo between Iron Man and the Vanko-controlled War Machine.

I could end the article with a recommendation to see ”IRON MAN 2”. But what would be the point? The movie has already earned over four times its budget, during its first month in release. However, in case you have never seen it, I recommend that you do.
lena_espo and lauraxoxo like this 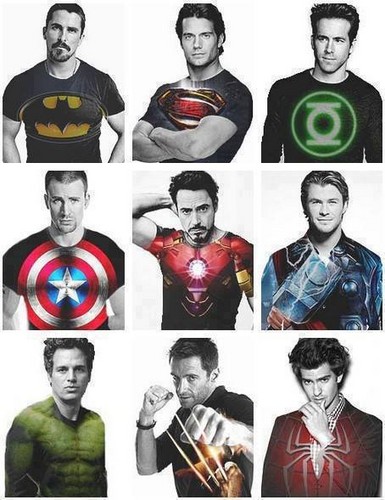 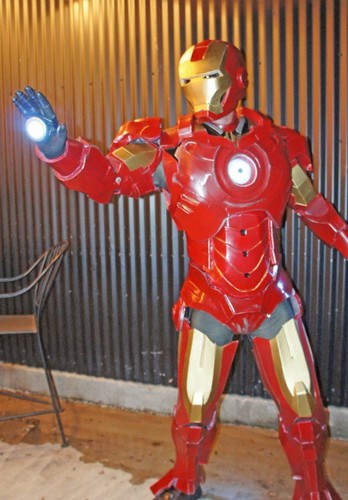 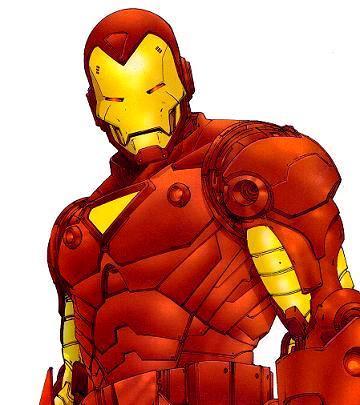 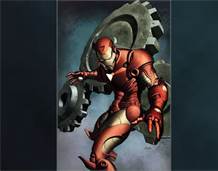 I Am Iron Man
added by rakshasa
Source: fyeahmarvel@tumblr.com 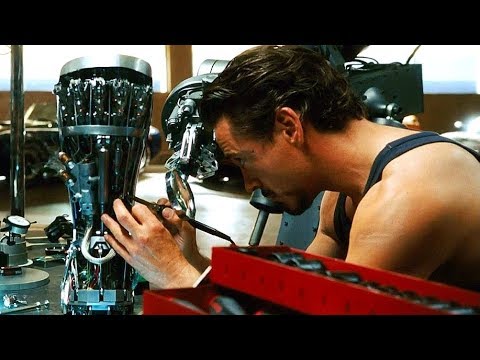 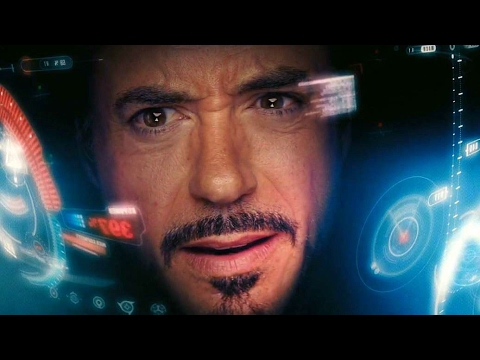 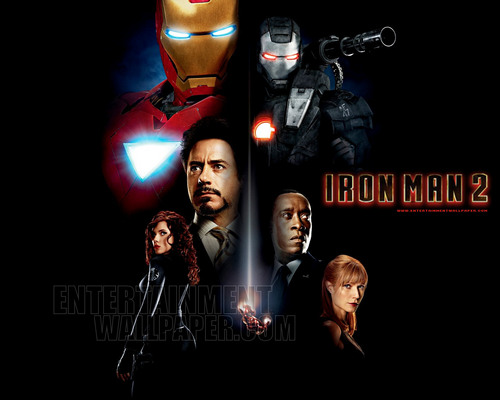 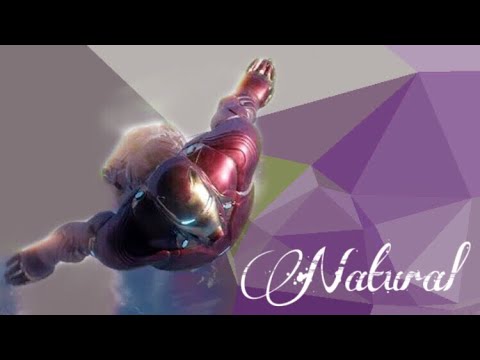