Personally, I can agree with almost all of this very well written article. The writer does fail to mention one of IU's "God given" vocal qualities.

The fact that her voice sounds equally beautiful at very low and very high volume, is not from technical training. It is a gift that she simply possesses and makes her voice very rare and unique.

Of course, this is my opinion and is supported by my discussions with several people in the music industry, including one that has a doctorate degree in Musical Theory, regarding IU's vocal ability.

Mixed register: IU’s mix is the most developed and consistent part of her voice. In the A4/Bb4 range she supports herself very well, even achieving resonance in this area. Sadly, support and resonance is not carried above Bb4. In the B4-C5 range IU’s voice is very unstable, tight, and nasal. Above that, the C#5-G5 range, her voice is extremely strident, unstable and badly placed.

Upper extension: Instead of using a full, connected head voice IU instead uses a very airy and weak falsetto. Her falsetto around the C#5/D5 range stays pretty relaxed, but above it comes pretty strained. There are times that she produces a cleaner sounding falsetto, but it’s still falsetto.
Agility

Though IU is a Soprano she doesn’t have very good agility. When she does runs or just switches pitch she moves her jaw a lot which is not required when one does a melisma or a change of pitch. Aside from just moving her jaw when doing runs and switches of pitch she also moves it a lot while phrasing this is a sign of bad diction.

IU is an example of a vocalist that relies more on style than technique. Her style is very much loved throughout South Korea and has definitely got her fame, but that doesn’t change the fact that she is lacking in vocal technique. IU is praised for her sweet, girly, youthful and emotive voice along with her “powerful” high notes, but all of that is superficial and has nothing to do with her actual technique, which also is a misconception.

IU’s chest voice is airy, unintentionally airy that is. Her airy tone is being produced by a lack of connection with the vocal folds. The tone can also be related to her not completely pulling her sound into the mask while singing. This kind of airy tone is pretty much present in every single one of her performances.

An airy tone isn’t necessarily bad, it’s a good effect when the singer can switch between a full connected tone and an airy tone, but IU has yet to show she can willingly switch between two. Due to not pulling her sound forward in the mask, her tone production in the chest voice can be lacking in fullness and power which leads to her having a frail and sometimes flat sounding tone, not to mention nasal.

In her Performance “Lucky” with CN Blue’s Yonghwa she does a Bb3 and even though it is supported and relaxed it’s not very forward. The lower IU goes the less projection her lower notes gets in “Friday” in the beginning she phrases very quiet and airy D3s. Now, D3 is a very low note for a Soprano, but the F3-A3 range is no different, she loses projection the lower she goes down.

The mix register is her most developed register, she sounds most comfortable in the A4/Bb4 area that is also the only area she has resonance in. On B4 and C5 she sounds unstable and tight in the throat. An example of this in the studio would be “Flower” here she does a sustained C5.

This C5 is very unstable which is exemplified by the unstable and shaky vibrato also tight, which is demonstrated by the whiny tone quality. However in the same audio she does a resonant A4 with a crescendo. The A4 is very well placed with a nice round sound, but the vibrato towards the end is still very shaky, this could mean she wasn’t taught how to manage her breath to produce an even vibrato.

Outside of B4 and C5, IU becomes very strained and shrilled. She often sings out of her supported range with many of her title songs going in the D5-F#5 range.

The most popular example of this would be her 3 High Notes in Good Day. During this line she does an E5 (1st note) F5 (2nd Note) and F#5 (Last Note), all very strained. Even then, those strained notes aren’t limited to just that song. In “언제쯤이면” a duet with Yoon Hyun-Sang she does an E5-F5-Eb5 line all of which are strained. This is also an example of her moving her jaw with each pitch. Also most of that “power” Koreans are referring to is her straining.

IU, in her support range does do fairly well in her performance of “I Think Love is Out The Window With Rainwater“. She hits many resonant A4s in the beginning and resonant Bb4s towards the end with the key change. In this performance she produces very nice opened sounds, she’s obviously very relaxed. She also uses a much more forward placed voice, even though she is still fairly airy.

To stylize her singing IU does switches into Falsetto. Her switches into falsetto are mostly fine, there’s no extreme kind of disconnection. The quality of her falsetto is fairly airy, which isn’t surprising considering the rest of her range. Due to her falsetto being airy, she has no true resonance in the head register.

Head Register resonance can only be achieved by producing head voice, something IU does not do. Her falsetto has the most relaxed sound on C#5/D5 and below, above that her falsetto gets really strained and small. She has pretty nice dynamic control in her falsetto and produced sounds in very soft dynamics.

IU’s musicianship is mainly focused around her guitar and very mellow and sweet sounds. The mellow, acoustic, sort of jazzy sound works for her very well. This is the sound Korea fell in love with and this is the sound she has continually been producing. It suits her light voice and image very well. Strong and dramatic songs with strong climaxes don’t suit her voice very well which was demonstrated during Lost Child.

This is because she lacks the vocal power to keep up with the dramatic build-up. Like mentioned before, she does a lot of switches in falsetto and does very nice with dynamics normally. She’s a very musically and styled inclined idol rather than a technical machine. 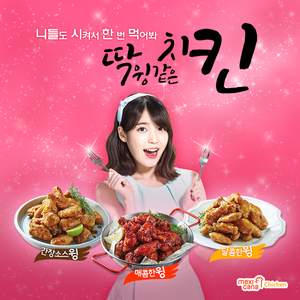 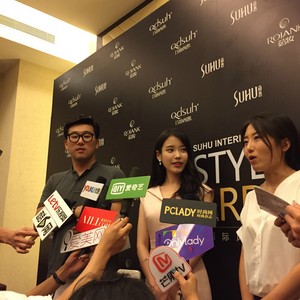 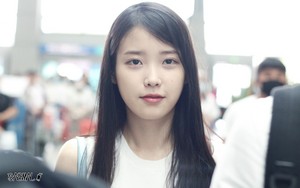 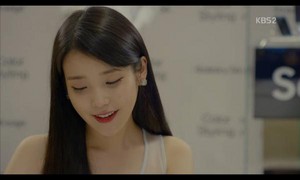 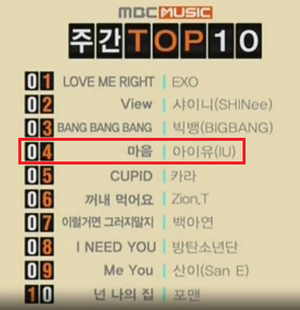 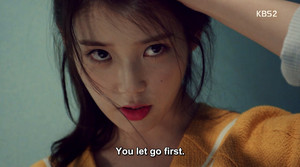 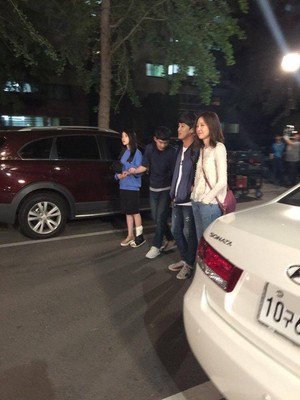 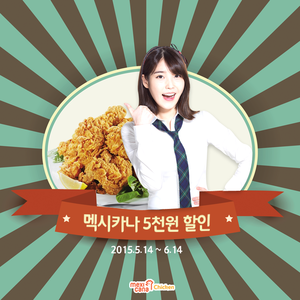 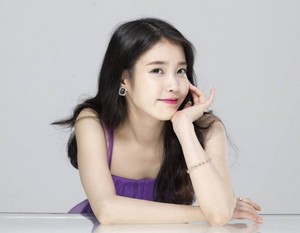 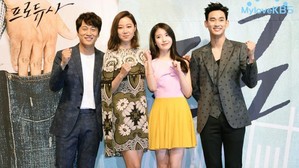 Gong Hyo Jin’s statements regarding Kim Soo Hyun during a production conference for upcoming KBS2 drama “Producer” have a lot of people talking.

Discussing her co-star Kim Soo Hyun during the conference, the actress revealed that, “When Kim Soo Hyun is with me or Cha Tae Hyun he is rather docile, but when he’s around IU he acts very manly.” She then turned around and complimented him, saying, “He is very sharp and intelligent. He’s just about the opposite of his dumb and clumsy character in the show.”