41
Reasons to ship Jate... and NOT Skate
posted by Emm_xD
Okay so I've had this idea in my head for a long time... pretty much since I did the "8 Reasons to ship Jate" article. This is kinda the same thing, just a little updated with more reasons and some reasons why people should ship Jate instead of Skate. Now I don't mean to offend anyone with the points I make about the Kate/Sawyer relationship, each to their own :)

Way back in the pilot episode (I know, seems like a million years ago, eh? :P) when Kate stumbled out of the jungle and saw Jack, it became clear right there and then that they were going to be THE couple of the show. The ultimate couple. There'd just been a plane crash, so you'd think the writers would be focusing on that. But the fact that they wanted to fit in a scene between these two characters showed that what was to become of them both was going to be VERY important; almost crucial to the show. It wasn't Sawyer that Kate stumbled out of the jungle to meet, it was Jack. Kate and Sawyer didn't even meet in the pilot episode. One of the most important factors in shipping a couple (for me, at least, lol) is to have loved them from the very start, to see their story develop. 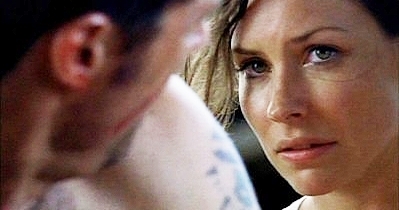 9. "I have always been with you." vs... oh no wait, Skate doesn't have ANY quote like that

When Kate said that she'd always been with him in The Little Prince it summarized that she actually has always been with him. They were practically glued to each other in Season one. If there was a hike in the jungle; a meeting with the Others; a trip out to the Black Rock... they were ALWAYS together. Throughout most of the seasons not only has Kate been with Jack, when she hasn't been with Jack she's been worrying about him, wondering where he is, how he is. I don't remember Kate screaming out Sawyer's name in the pilot, do you? 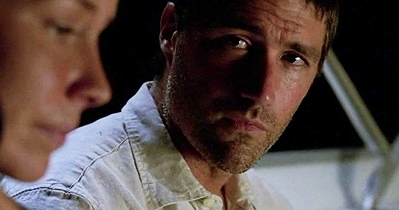 In all the Skate scenes I have watched I have never seen Kate look at Sawyer the way she looks at Jack. There's something about the way she looks at Jack that's just... indescribable. Through most of Season 1 & 2, if I remember correctly (I try to block out some Sawyer/Kate stuff LOL!) Kate looked at Sawyer with pure disgust. There's no denying it. Take for example the 1x08 Confidence Man scene, when Sawyer comes out of the water naked (*squee*). That's been described by some SK shippers as such a chemistry filled scene. Ok, WTF? If that's eye sex then wow, shoot me, I've been getting it wrong all these years! lol. Kate and Jack not only have eye sex - er, House of the Rising Sun, anyone? - but they have emotion. Whether that be angst; love; lust; they just understand each other with one look. 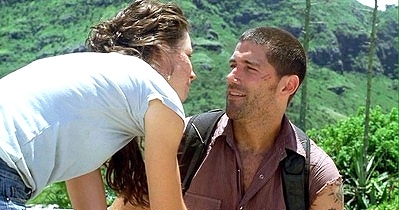 Okay so the main thing that Skaters love about Skate is the "hotness" and the sex scenes, right? Even if I was -shudders at the thought- a Skater, the sex scenes would be my least favourite about them. Any time that Sawyer and Kate had sex, it wasn't because Kate actually wanted to. The first case of this was the 3x06 infamous cage sex. Kate said herself that the only reason she had sex with him was because she thought he was going to die. That kinda sucks for Sawyer but hey, there it is lol. The next example would be the scene from 3x17. After Kate saw Jack and Juliet together, she ran off into Sawyer's tent in tears and seduced him; not out of love, passion or "chemistry". Out of jealousy. In that one instant that Kate saw Jack with Juliet, it should have been a clear cut sign to anyone with a brain that it's JACK that she wanted, not Sawyer. Anyway, moving on... JEEEX! Ok I think all I have to mention here is SNBH. I loved the way Jack was with Kate in that episode, which leads me onto the next point. 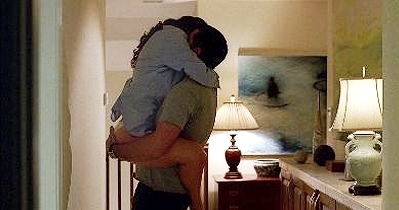 Jack proposed. Kate cried. Kate said yes. They hugged. There's not much to say about SK for this point, but it needed to be added since it's a major reason. No one can honestly say that if Sawyer had of proposed she would have said yes. Because it's not him that she loves and wants to have a family with. It's Jack! *Skips off happily ever after* 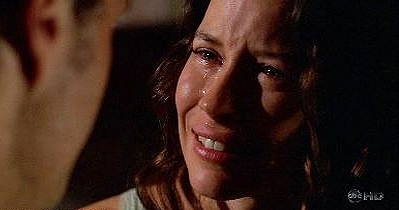 It's the ultimate, twisted scenario of opposites attract! Surgeon meets fugitive. What I love about their relationship is how completely different they are yet they still manage to make it work. Sure, having differences can sometimes make Jack and Kate fight (5x11 being the most recent example of that :/) but it's what they bring out in each other that counts. Jack brings out the very best side of Kate and vice versa. Fugitive + fugitive = surely not good, at the most? Quite simply, Jate complete each other without having the same parts, if you will xP 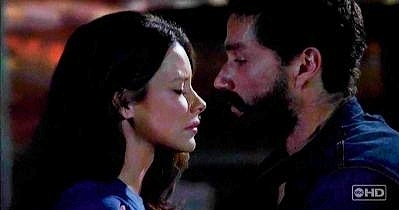 Yup, those were the words of Josh Holloway. Now I'm not being judgemental here, because I haven't talked to many Skaters properly and those I have I haven't really discussed this with them. I truly believe that most people who ship SK only ship them because they are in love with Sawyer, or Sawyer's character at least. And I'll admit, he's pretty damn gorgeous! And funny! But when you're shipping a couple, it should be about both of them. Maybe that's why 80% of Skaters jumped ship as soon as Suliet came along, because they'll go with anything that Sawyer goes with. And, hey, that's fine by me... it leads right into my next reason. Jack IS a keeper. You just know that Kate won't stray anywhere else, she'll always be with Jack. Sawyer's fun, but he's not permanant, and that's probably why it's so much easier to just go with whatever he goes with. You can imagine Jate settling down, having Jabies -sighs at the thought-, getting married. You can't imagine that with Kate and Sawyer, because like I said, they bring out the worst in one another, imo. Hence why Sawyer and Juliet work so well :) 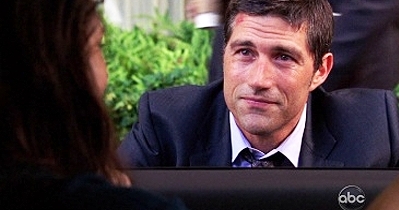 Now this kinda links to reason 9. I don't know if anyone else has picked up on this at all, but Jate's dialogue, i.e their conversations together; the things they say to each other etc, are a LOT better than Skate's. And in my opinion, better than any other couple's on the show. When you ask a Jater what their favourite Jate quotes are, there's an unlimited choice because there's so many amazing ones. On the other hand with SK and those who ship Skate, their definition of great quotes is Sawyer giving Kate a snappy line and Kate sighing, lol. They never have any meaning to them, especially on Kate's part. Examples of some Sawyer/Kate quotes:

Sawyer: You bet. How about you come a little closer and warm me up?
Kate: You sure know how to make a girl feel special, Sawyer.

Sawyer: So why don't you tell me...
Kate: Because I don't trust you.

...And they were the "good" ones! lol. And now for some Jate quotes:

Kate: And then you weren't afraid anymore. And then it was just gone. And you fixed her, you saved her.
Jack: I need you to make me a promise, Kate.
Kate: Jack-
Jack: Promise me that you'll never come back here for me. Don't come back, Kate.

Kate: It was NOT all misery!
Jack: Enough of it was.

So see in comparison, there's always that little edge to what they say. That thing that you can't put your finger on but know is there. 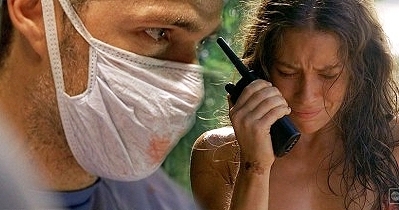 "And what about us? We just going on living our lives because... we've never met." Yep, I died when Kate started crying :( You see with Jate, it really wasn't all misery. Far from it. And even then, the misery that they went through, they faced it together. In a way they kept each other sane, lol. If Jack's plan worked and all of their history gets erased, it'd be devastating for us Jaters. But if Sawyer and Kate's history got erased, well... what difference would it make? It's almost as though Skate have just had one emotion throughout all of their scenes; a combination of lust and, well, emptiness. Sawyer's feelings were most likely genuine, but Kate's? No. So yeah, if their, erm, "history" got erased, nobody would lose any sleep over it. The Sawyer/Kate thing was just a tiny obstacle that Jate had to overcome. Part of their history. 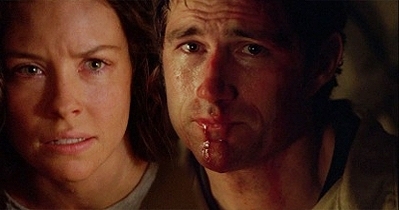 1. "They have struggled to survive together. They have faced the unspeakable together. Chance has separated them. Nothing in the world will keep them apart."

...Not even a cowboy called Sawyer :P 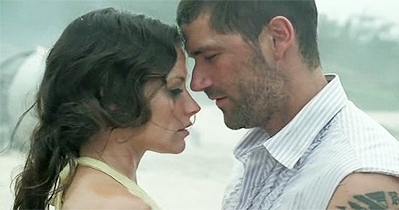 Thanks for reading guys!

JONGRATS Irene <3
First off congratulations Irene, you really deserve this <3 I had fun asking you questions & seeing what your reply is.

1. Jongrats Irene! You won Jate FOTM, how does it feel?(:
It feels great! I feel so happy that I won, I have never won FOTM in any club and the fact that I won it at the Jate spot makes it so special! Thanks to all who voted me!

2. Tell all the lovely Jaters a little something about yourself?
Well, what can I say? I am 17, I go to school, I love my friends, music and books. And I want Jack in my life (don’t we all?). 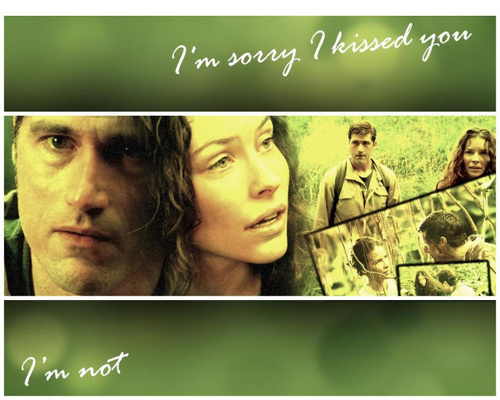 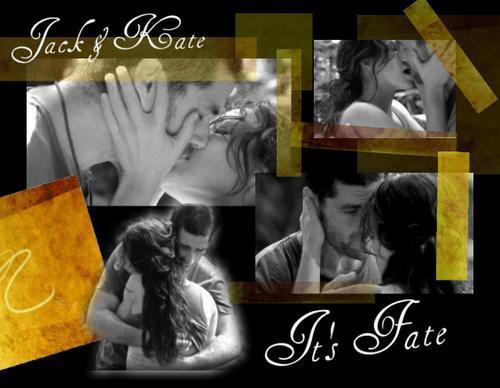 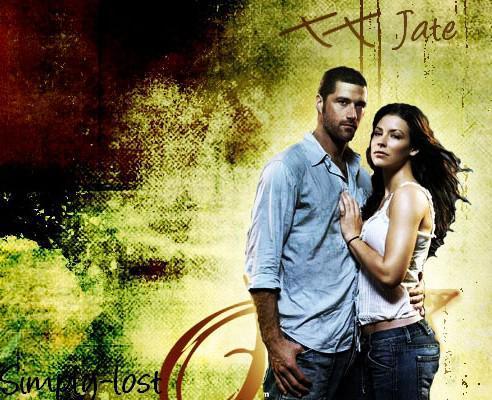 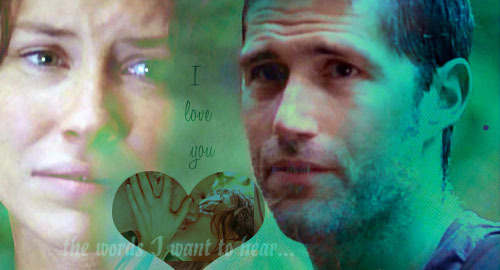 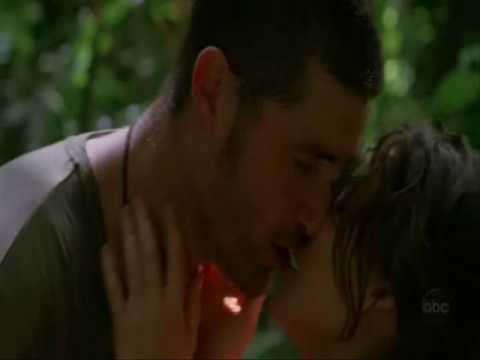 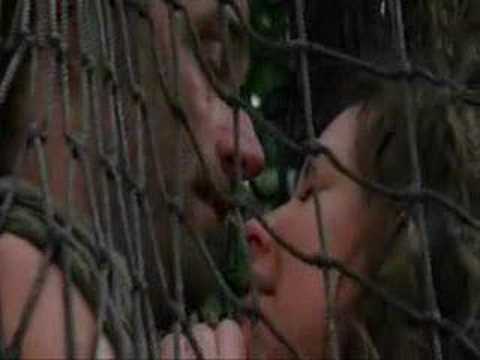 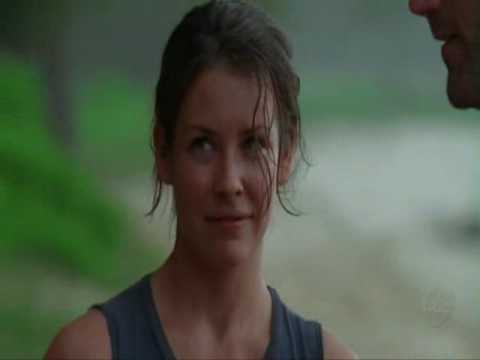