Nippen at your nose
posted by thefool10
Chapter 4


" Foosball is still a oppsion tonight I am not bad at it but I still would like to get better at it" Sebastion suggested to Falicia as the two friends left Pete's coffee store.

" You know I am not good at foosball" she said innocently

A slow grin spread over his face.

Falicia crossed her arms over her chest.

High above in the sky Sandman had just visted from across the world, he stopped and stared down at the two friends who remined him of Jack and Beth. He smiled at the sight that made him laugh and giggled. Without a sudden warning all of a sudden Sandman felt dreadful and uncounfutble feeling like he souldn't be in that location. But Sandman shocked this feeling away he couldn't let it take over him like this. He had his dudties like the other guardians had. Sandman fought the feeling away then stared back at the two friends. In his point of view Falicia and Sebastion had left the store and moved on down the street. And so Sandman fallowed them to thier next location. It was late the afternoon the sun was still high in the sky. Falicia along with Sebastion had finally reached their last location for the daywitch was a short stop to thye libbary to pick out some books to rent out. Sandman had landed on the roof top of the store he kept a close eye on them to make sure they got out safe and sound. Ten minutes later there was a sudden ring that came from the store "ding ding" and out came Falicia and Sebastion. They had arm full of books that looked interesting, Sandman held his head in this hands. Trying not to fall asleep on them. But suddenly Sandman's eyes grew huge when he saw a huge black orb looking shadow flying right into thier derection. In action Sandman took flight towards them as well, Falicia as in Sebastion had no idea that this object was coming their way. When Sandman was close enoff with one swipe of his hand, a crecent shape of the moon shot out of his hand, went 100 miles a hour then hit dereactly onto the figuer. The figuer dissapered form the force, with in a minute a nother figuer had shown it's face. It was about to use one of it's moves but Sandman was quicker and faster then it was. He blocked the two friends as they countiued their walk. In that second Sandman returned the move back to the figuer with also made it dissapered with in seconds. As Sandman was looking around the area making sure he didn't miss any. All of a sudden he hears Falicia scream in pain. Quickly he turns around to see Sebastion huvering over her, pressing down on her arm. Blood dripped from the wound. Behind him stood another figuer the finger tips were covered in blood. As it stood and stared at Sandman with power, it suddenly licked it's finger tips with a smile. Sandman looked back at Falicia and Sebastion a tear randown her cheak with pain.

" falicia what the hell happen how did this happen are you okay sweet heart?" Sebastion asked.

Falicia shocked her head with disscussed.

" NO! I am not okay I don't know how this happen it's like someone scrached me but no one was here but you,.....you would neaver do this to me." She sobbed.

Sebastion nodded " i would neaver do this to you we weren't near trees or anthing this is very strange.... ugh it's really deep we should bring you to the hospital hunny".

In the background Sandman stood with defate he felt as if he failed the guardians what would they say to him? Sandman stopped thinking about those thoughts it mad him weak. The figuer was still in their perecents so Sandman took action once again. He chaced the figuer a good distance away from them so it couldn't do anymore damage. The figuer stopped in it's tracks thinking why was it running away from one guardian it could take one guardian, so it faced Sandman. At the same time Sandman and the figuer took action at each other. It shot a dark dissturbing dust looking ball ( shadow ball). Towards sandman thinking that he could, doge this attack. Sandman dove down but the shadow ball would fallow his every move. Until it slammed it's self into sandman's body. Then he went down hard into the earth it's self. All of a sudden Sandman looked at the sky to find about 10000 figuers of it's kind staring him down. In the way back he could see very thing tall slim shadow as well but he couldn't make out what it was. The taller slimmer figuer had snapped it's fingers at the others. And then it all happened quickly all 1000 figuers, flung themselfs at him all at once.


-
In the North Maine Country Hospital Falicia was rushed to the E.R. She had to get seventeen stichess in her upper left arm, nurses should ask her many questions that she could'nt explaine by herself. So they moved on to what kind of medicans that she had to take in order for the pain to go away.

Nurse Nora Perkins rapped up Falicia's arm with a banage so nothing could get to it.Falicia would just look at the floor she would neaver make eye contact with Nora, when she spooked to her.

" Do you know who could of done this to you did you see who did it?"

Falicia sighed as if she asked this question about a thousand times to the same person.

" Like I said before there was no one around me but my friend Sebastion but he would neaver do this to me."

Nurse Nora wrote down some notes as falicia gave her some imfermation.

" Had you had any breakup's with someone besides this episode right now has anyone hit you during your life time?"

At that moment that horribel memory from last year when Falica's exboyfriend had hit her and then Sebastion some how found her and got her out of that, probblem.

Falicia jumps off the bed were patients lay on.

With hands up with confussion Falicia begins to sputter.

" W....w.. what wait what why why are we talking about this... sighs I don't want to talk about this right now, this has nothing to do about... about that night." Falicia clinches her fists with frustration.

" Iam sorry Mrs. Falicia I am sorry I had brought this up please forgive me?

Faclica stands with a hand on her hip with her mouth open.

" I can forgive you if you let me out of this fucken room right now."

" Right sure okay but remember come back in acopal of weeks to remove the stiches." She said as Nurse Nora holds the door open so Falicia could leave.

In the waiting room Sebastion was reading some kind of weird magizens waiting for Falicia to return from her oppointment. Fifteen minutes latter Falicia came storming out she didn't even cheak out of wait for him, she slammes the front door so hard that the hole room shaked. Sebastion was kind enoff to sign her out then chaced after her. Once he went outside Falicia was have way down the street without him. In a flash witch felt like a hour Sebastion had cought up with her. He tried to slow her down and talk about whatjust happened, but in the end she would end up running himover every time.

" Hey woh hey Hun jesus slow down what the hell happened in their!?"

" That bitch brought up the fucken past from last year, she thinks that my fucken ex did this to me!"

Sebastion tried to calm her down but all it did was made her even more mad.

" Who the fuck dose she think she is bringing this fucked up past that has been haunting me for the past god damn year!?"

She whippes tears away from her eyes.

With confert he walks over to her and hugs her tight she pressed her chest agints his chest. It felt like they were huggingforever but they didn't care as long they had eachother, that what's matters.

Falicia slowly unhugged him a huge smile appered on her face.

" your the best you know that Bass?" she whisppered.

He whipped another tear away from her face.

" the only now come on let's head off to my house and try to forget this ever happened."

Falicia looked down then smiled.

As the sunset slowly starts to dissaper behind the mountians so did the two friends.
thefool10 Iam doimg great. At this lol!

Back in Burgess
added by 0YouCanFly0 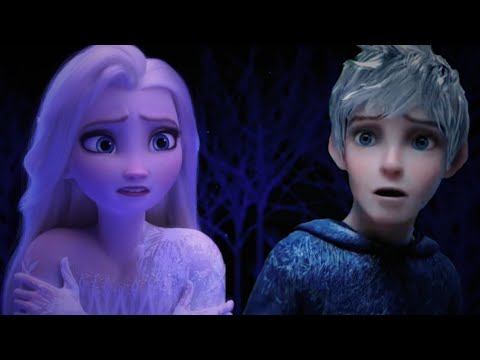 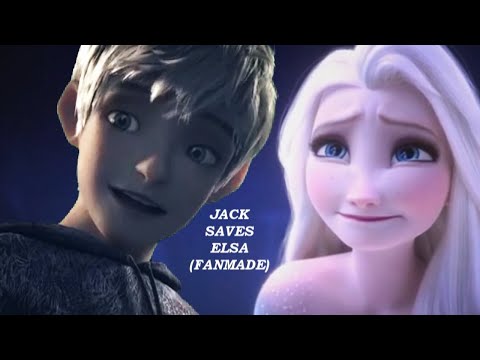 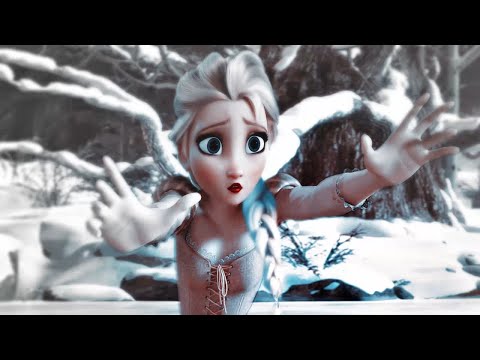 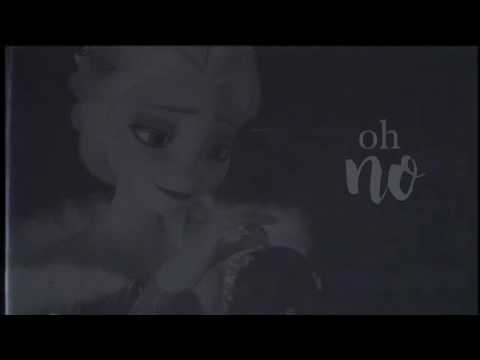 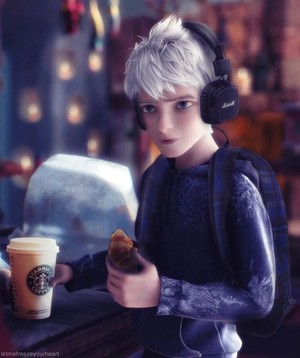 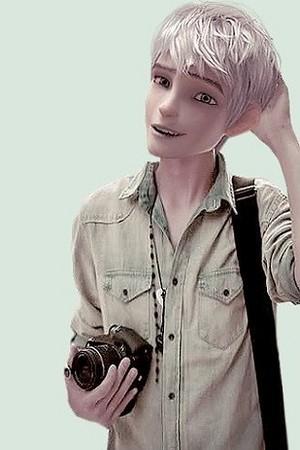 Jack Frost - Before and After
added by iceprincess7492
Source: ROTG Little Things

"Am I on the naughty list?" -Jack Frost
added by 0YouCanFly0 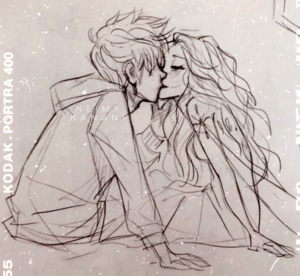 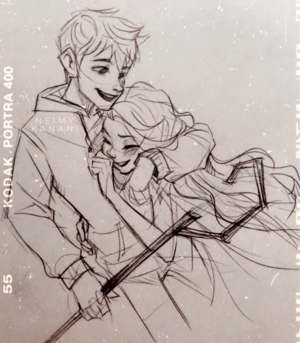 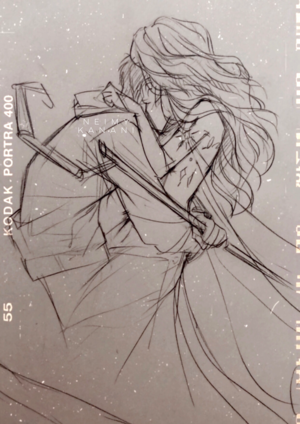 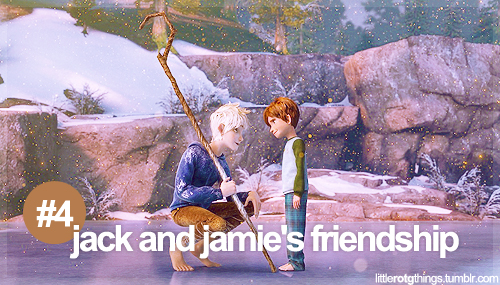 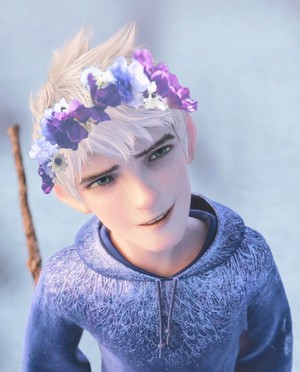 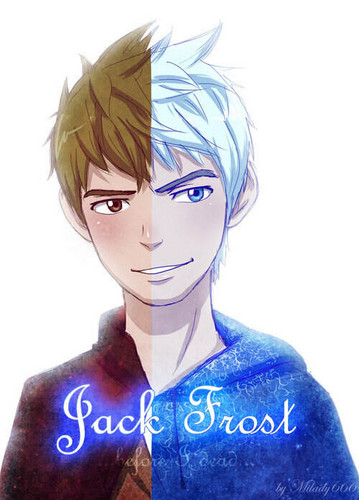 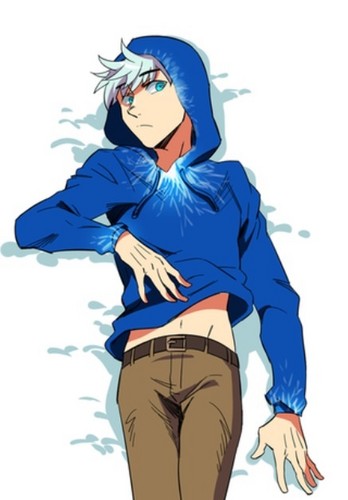