10
Love`s Confusing-Chapter:2(Bellas POV)
posted by team_edward_
This one is really long but I ope you like it

Edward stood there for what flet like forever, when really it was only 3 seconds or maybe less.I blinked and he was gone.O.K not really gone but he was beside me, I turned to face him and he said"Why are you here?"I didnt know what to say so I sat down wishing I could just say it was a big mistake and leave but instead I asked him "Do you love me" "Bella I ......I dont know" I looked at him "Answer my question...Do you love me?Please I dont care what the answer is but I need to know if you still love me."Now he was sitting beside me and I could feel this electricity between was like that day 3 and a half years before,in high school.He looked at me and grabed my hand.His hand was cold but I didnt care it felt nice to hold."Lets go down stairs i`ll get you something to eat if you want" I locked eyes with him and said a simple O.K.

The kitchen looked the same as it did the last time I was here but thats probably because vampiers dont eat.

I looked in his eyes and I had no clue why I had picked Jacob.I tried to remember but I could only remember feeling if I picked Edward then I might not get to do normal human things like grow old and have kids.I wanted to go to collage and I wanted to settle down,and with Edward I wasnt sure I could.After I picked I could see the hurt on Edwards face,it made my stomach hurt to look at.

Edward looked at me and asked"Do you want something to eat,or have you eaten already?" I responded with "I havnt eaten but im not hungery,"He was by my side sitting down before I even had time to ask him to come sit.

By now Jasper had felt someone else in the house,because I was nervous and when he walked through the kitchen he looked at us both and smiled.I felt better now,less nervous.I looked at the door way and the one person I had hoped not to run into,just happen to be standing there.Rosalie.I was about to say hi when Edward looked at her and she was looking at melike she wasabout to kill me and he said "We should go somewhere else and talk."while glaring at Rosalie.

Before I could say anything he had picked me up and we were on our way out the door.We passed by Emmett he was on the steps and thats when Edward stoped.Emmet looked at me and then Edward then back at me and Edward said"Please Emmett go calm down Rose before she kills Bella or something.She doesn`t want her around.You know what she did last time when Bella 'pick him'." Emmett jumped up from the steps and ran in-side to see Rosalie.

Edward knew where to take me to talk,the meadow.I started by asking my question once more"Do you love me?and only say the truth no lies."He didnt look at me but answered"Yes I love you.More then you`ll ever know."No one said anything but we knew what he said was true.After a minute he looked at me puzzled"Is that the only reason your here?Or is there something else?"I wanted to scream 'I love you' but I couldnt get the words out of my mouth so instead I looked at him and knew if I could come all the way here I could say I love you to Edward.In my head I screamed it but out lound it was only barly a whisper I couldn`t hear my self."I love you still,more then ever before,less then I wil in the future,and I will love you forever."

He was shocked at what I said. I forgot that he had extremly good hearing.I meant to say it to get it out but not let anyone else hear.

"What did you say?I mean if you love me why did you marry him?"( he didnt say his name but I knew he was talking about Jacob)

After telling Edward what went through my head when I picked Jacob.He looked at me and I saw something in his eyes that i`ve never seen in their pure liquid gold colour.Jealousy.He was jealous because Jacob could give me a normal human life(or as normal as it could be living with a were-wolf)this was somethinghe never he thought of you could see it in his face.

He held his amrs open for a hug.I got up and hugged him and when I did I cried because I had no clue what I was going to do.But for that moment I left my broken world in the arms of this understanding angel..... 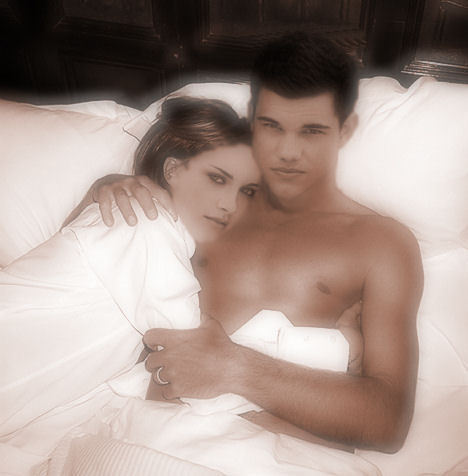 3
Jacob and Bella
added by kawigurl 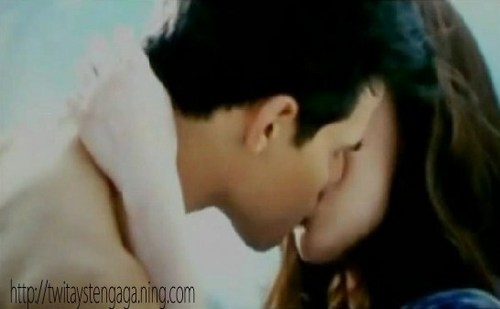 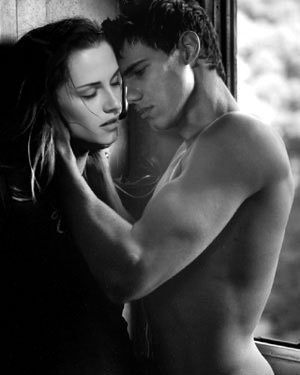 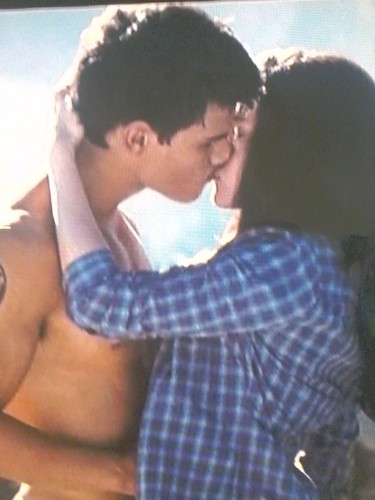 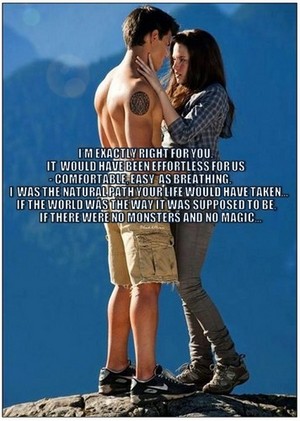 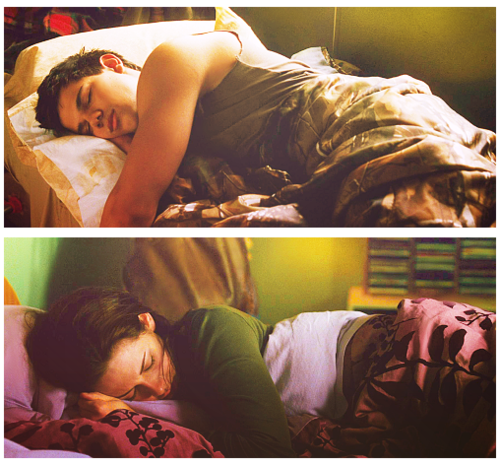 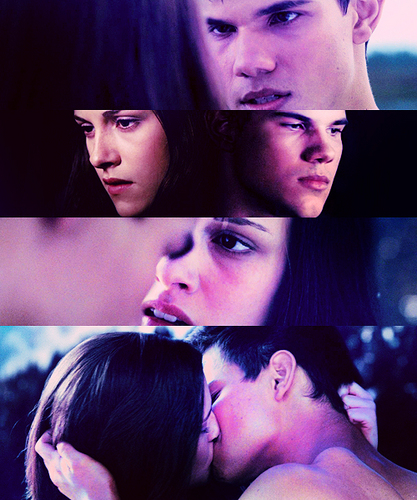 1
kiSS me
added by monkiss 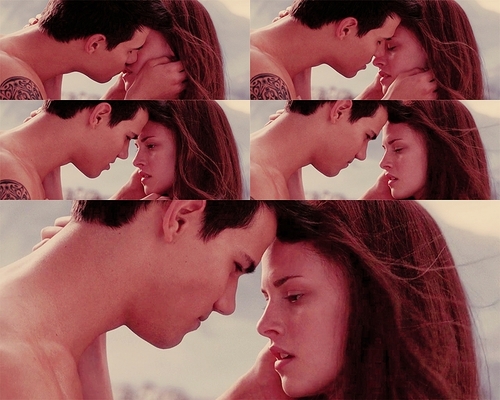 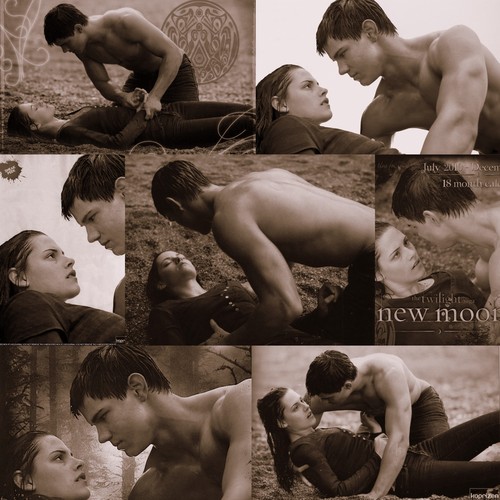 Jacob and Bella
added by cici1264 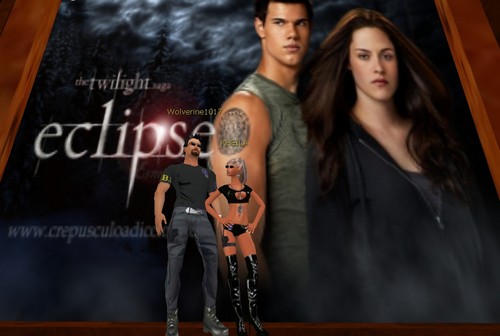 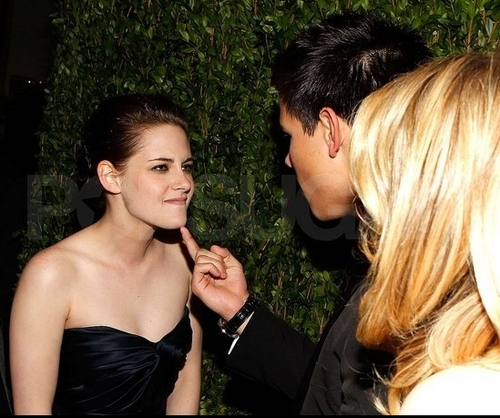 1
marama
added by maramaaryce
Source: loves
2
Full Moon
posted by karlygirl26
Hey guys, my name is Karly and I've decided to write my own fan fiction. Okay, imagine Edward never came back because Alice never told Roslie anything, so Edward never assumed Bella died. And now it's just Jacob and Bella. Here's the start of my story- lengthy by the way- and let me know what you think or any ideas you have that you would like me to add in. I appriciate all thoughts negative or positive. :) Thanks. :)

The piercing shrill of my alarm clock woke me up out of my deep sleep. I threw my arm at it hitting the buttons, hoping it was snooze. I sat...
continue reading... 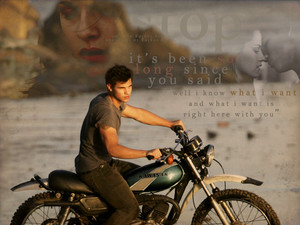 Jacob and Bella
added by hottie23