29
Defending Jacob Black: Reasons why Real Men don't sparkle
posted by moonlightgirl
First of all this is an opinion. If you think i'm making your day bad because of this article, don't read it. It's just a matter of opinion.

Recently, I posted a question here in the Jacob Black fanpop site. It was entitled 'Give me 5 reasons why Jacob is better than Edward.' I posted the question because I knew that this spot was visited by Jake's fans. I received a lot of good answers but there was one leech who ruined everyone's answers.

I won't name the leech who gave nasty comments. All i can say is she really HATES Jacob because she thinks Edward is hot.

Now, to Jacob's defense...I'll give you MY reasons why Jacob can be better than Edward. To tell you the truth, we Team Jacob fans are very nice coz we don't hate Edward unlike some Team Edward fans who are so insensitive.

1) Without Jacob, where is the additional spice to the story? His love for Bella makes the story sizzle with a love triangle that includes a vampire, a human and a werewolf. His being a werewolf widens the magic of Stephenie Meyer's wonderful saga.

It creates a hot conflict and a bomb to the readers. Without Jacob, Edward and Bella's romance would be dull as a dead rat without the threat of Jacob's intimidating yet sincere love for Bella.

2) Unlike Edward, Jacob is light. When I say light, i mean not that hard. Edward takes things TOO seriously sometimes...he can make me feel like he's Bella's dad rather than her boyfriend. Jacob resembles most of the new generation men: funny, sometimes careless and daredevils.

3) Jacob trusts Bella. He knows that she's strong. If you remember in Eclipse, where Jacob and Edward were discussing the recent trouble between their kind because of territorial lines and Victoria, Edward refused to tell Bella what happened

But Jake knew that Bella could handle the truth. He trusts her courage unlike Edward who sometimes can lose his mind worrying over her. He KNOWS Bella doesn't throw up easily.

4) Who ever said that Edward was the only good-looking character in the series? Russet skin matched with a 6'7 figure, composed with well-tones abs is in. Chopped or long, Jacob can make hearts die at the sight of him.

5) MOST IMPORTANTLY: JACOB NEVER LEFT BELLA. Yes, I know, Edward left for Bella's safety. BUT he knew that Bella didn't want him to go away...he knew she NEVER wanted him to leave. But still, he left.

Now, it's his fault that Jacob fell deeply in love with Bella. Imagine, if Edward didn't leave, would Jacob even have a chance to hang out with her when her vampire boyfriend was around?

Jacob never wanted to leave Bella. He loved her too much. He was willing to risk everything for her. In BD, Jacob even turned his back on Sam to save Bella's life. Yes, he may have tricked her sometimes, but you know his love is unconditional as Edward's.

There are more reasons but I'll just shorten them a bit.

Jacob may be rude, selfish and irresponsible sometimes but he is one of the main characters of the story. If Harry Potter has Ron Weasley to lighten the series up, Twilight had Jacob Black.

He is Bella's best friend, the one who 'stitched her up' when Edward left. Bella's security blanket. If Jacob had not entered in Bella's life during her Dark Ages, we might read Bella's adventures in a mental facility.

I repeat, I don't hate Edward Cullen. In fact, I like him more than I like Bella but I'm just trying to defend Jacob because I'm getting sick with the insults they throw at him.

Thanks for reading!
lottielovejacob, Terri1313 and 27 others like this
Deni-Rose Very good article!I agree with you.Well, I'm not Team Jacob,nor Team Edward,but I think that it wouldn't be the same without Jacob.
charli22 i love Jacob but if you like Edward more GET THE HELL OFF HERE!!!!!!!http://images.fanpop.com/images/emoticons/angry.jpgthxhttp://images.fanpop.com/images/emoticons/grin.jpg
kellphie363 wow really good opinions i agree with both teams so i'm sort of on an island in the middle i just love emmett but i do agree that edward seriously stuffs somethings up!!!
Leytonfan4ever GREAT article!!! I, for one, am not on Team Edward, in fact i hate him. I LOVE LOVE Jacob, though!! Btw, i would love to hear your other reasons:)
HerMelody Brilliant, well said! Loved every word, all true, spot on!
katiecain *Claps*
nessienjake very good ure soo rıght thıngs wouldnt be the same wıthouth jake ı personally love jacob and no one can change ıt 4 me ım glad edward left ın new moon!!! team jacob!!!!!!!!!!!!!!!!
VanessaBrooke Well said!! i totally agree with you there! And im TOTALLY TEAM JACOB!!! Luv him and your right i am getting really sick with people insulting jacob. I just wont take it anymore! U rock keep it up! VB
archiejake1991 nice article.im TEAM JACOB!!!!!!all the way.you r right-we team jacob's doesn't hate edward unlike some of them.well said!:)
othfanforever good job i am all the way team jacob i love him and thats cool that u spoke ur mind
8musicgirl omg ur right i am soooooo team jacob
myjac i love it I love it. Very good. I really agree with the fact that us Team Jacob fans are peaceful but when team edward start throwing venomous insults we have to jump to his rescue
xXTDLxX WORD!!! *Claps all around* i Dislike Edward period. TEAM JACOB for life
rAsberrStrarS a really good article-u definetly showed your point and u backed it up-fab job. go 4 it girl. i love jacob
twightluva i see ur point i luv jacob and edward both so i guess im team switerland i mean why have one when u could have the best of both worlds
vampiersgirl I HATE JACOB!!!IM TEAM EDWARD ALL THE WAY!!!!
mrslautnerblack SCREW YOU AND WE HATE YOU!!!!!!!!!!!!!!!!!!!!!!!!!!!!!! VAMPIREGIRL
Wolf_Girl_HS I guesss i commented a little late but i have to say that is one AMAZING acticle ! I love your point of veiw and how you defend him and i really respect that some teenagers just have to insult on another in this whole team J VS. E. thing its sometimes gets out of hand but i am a wolf girl before twilight came out i was a fan of wolves many years ago and i ALWAYS loved the name jake before twilight came out so you can Jake is like a dream come true, but i really loved it and to all team edwards out there please dont insult jacob and we wont insult Edward and for vampiregirl i hope u read this because i wont insult edward on the internet but you do not want to know what i think about him so keep your thoughts to ur self and i will say this nicely if you wont say anything nice about jacob and then dont insult him !!! i am speaking by one of the fans of the jaocb black fan club !
buggycrews booo jacob sux
Terri1313 I love this article, tthis is exactly what I was thinking!!!:) Finally someone feels the same way! Thanks loved reading this!:))
moonlightgirl oh look guys, we have EDWARDS! The ones I were telling u about! :D living examples! we don't care if u hate jacob, cause we don't care! :D we love Jacob, so SHOVE OFF! :d
elin-23 jeg elsker jakob og vil forsvar ham til hver en tid 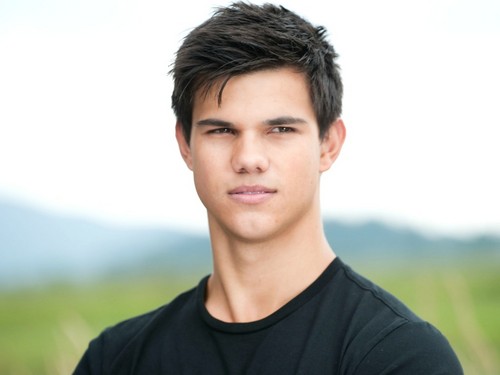 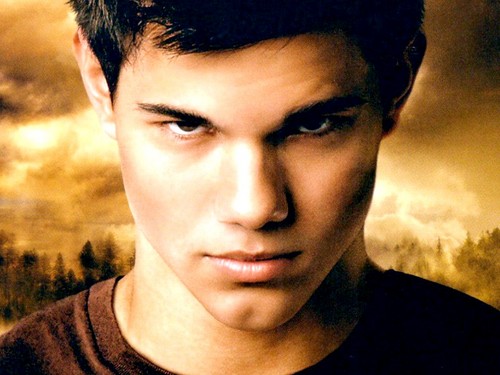 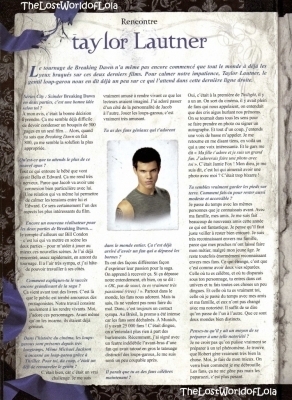 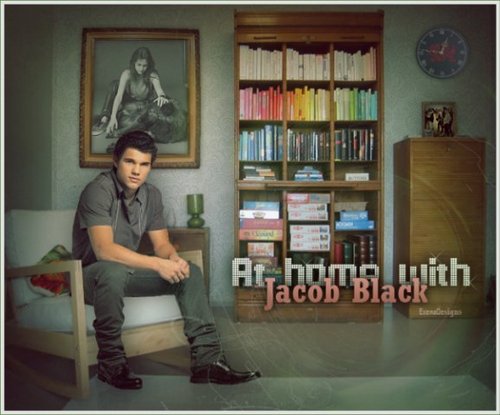 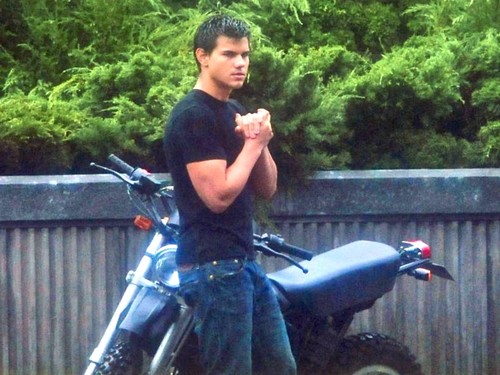 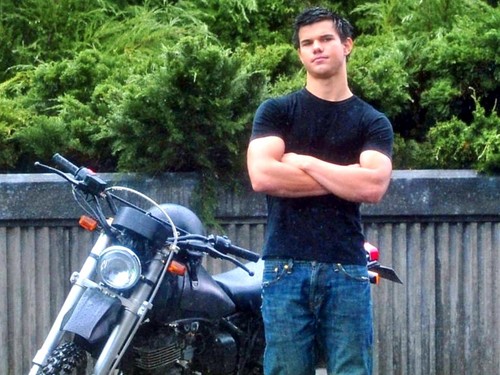 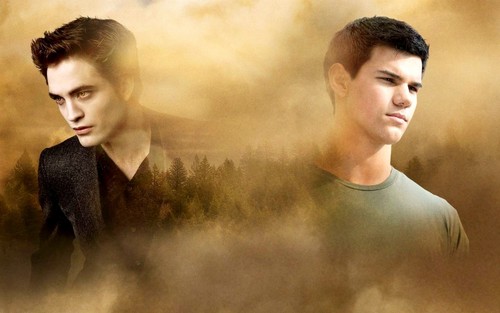 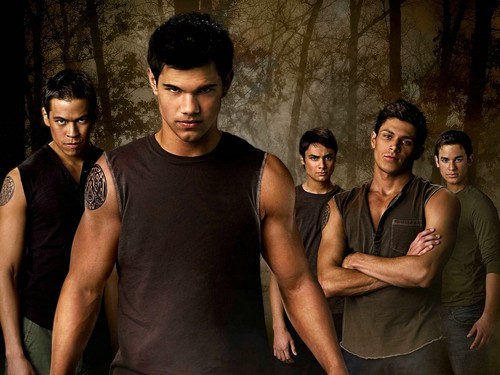 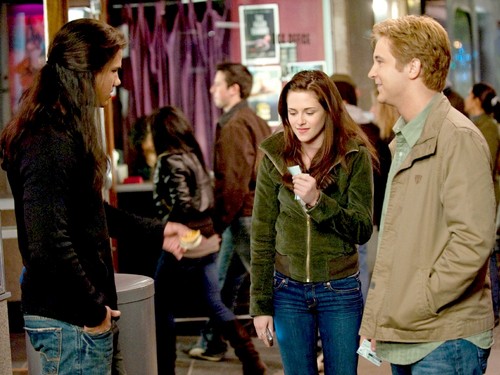 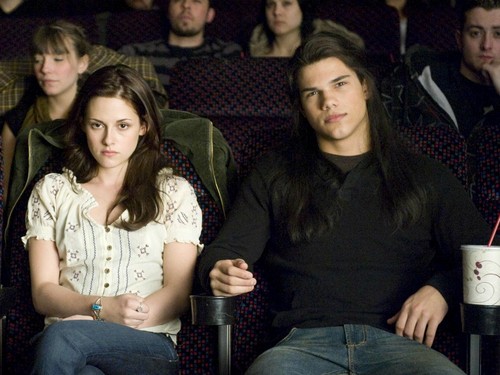 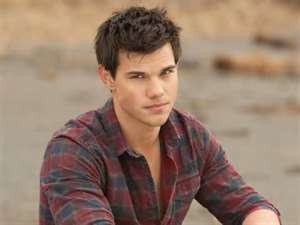 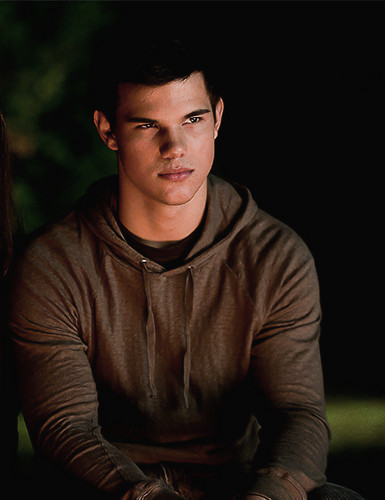 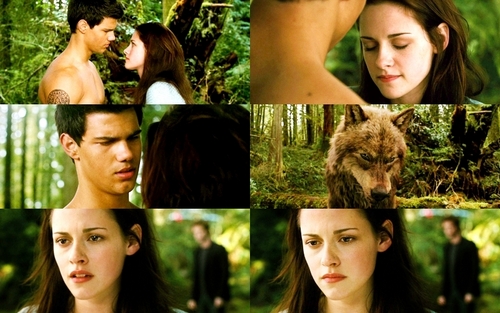 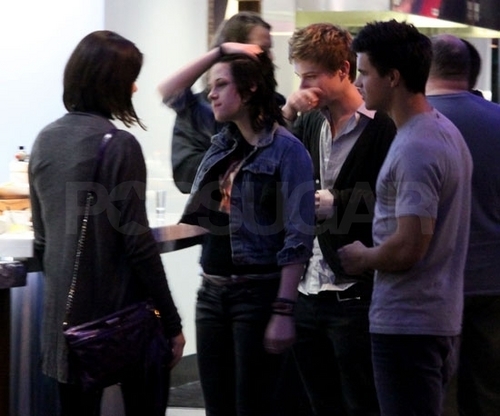 I don’t think a tank could take out that old monster.
Jacob Black, Twilight, Chapter 6, p.120

You wouldn’t happen to know where I could get my hands on a master cylinder for a 1986 Volkswagen Rabbit?
Jacob Black, Twilight, Chapter 6, p.120

Do you like scary stories?
Jacob Black, Twilight, Chapter 6, p.123

Another legend claims that we descended from wolves — and that the wolves are our brothers still.
Jacob Black, Twilight, Chapter 6, p.124

There are stories of the cold ones as old as the wolf legends, and some...
continue reading...