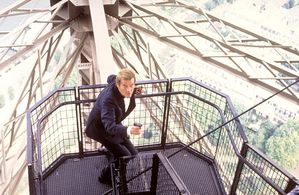 The year 1985 marked a milestone in the history of the Bond franchise. This was the year in which EON Productions released their latest Bond film, "A VIEW TO A KILL". The movie would turn out to be Roger Moore's last turn as the British agent, James Bond. With this movie, Moore would become the only actor who has portrayed Bond for EON Productions more than any other - seven times. Sean Connery would also portray Bond seven times, but his last effort would not be for EON Productions.

But this review is not about Moore's tenure as James Bond. It is about his last movie - namely "A VIEW TO A KILL". The franchise's 14th installment is not what I would call a remarkable film. But I do not consider it a travesty like many other Bond fans do. On the whole, it struck me as a slight remake of the 1964 film, "GOLDFINGER" in regard to one scene and the villain's objective. In "GOLDFINGER", the villain's objective was to destroy the U.S. gold reserve at Fort Knox with a nuclear bomb in order to drive up the value of his own supply of gold. In "A VIEW TO A KILL", the villain's objective was to destroy the U.S. dominant control of the microchip market by causing a "natural disaster" in Silicon Valley. Both movies also feature scenes in which the villain reveals his scheme to potential "investors". But whereas "GOLDFINGER" created a major plot hole in the latter, "A VIEW TO A KILL" managed to avoid one.

Bond's discovery of a microchip on the body of the dead Agent 003 in Siberia leads to MI-6's investigation of an industrialist named Max Zorin, who now owns the very company that the British government and military have contracts. Bond's investigation leads to his introduction of certain individuals - a former Nazi criminal/scientist named Carl Mortner, an oil geologist named Conley and the movie's leading lady, whose name is Stacy Sutton. In a nutshell, these three characters - especially Sutton - allow Bond to discover Zorin's past as a KGB agent, his betrayal of his bosses, and his plot to destroy Silicon Valley. Michael G. Wilson and Richard Maibaum's screenplay is not very original, considering that it seemed like a vague rehash of "GOLDFINGER". Fortunately for "A VIEW TO A KILL", director John Glen did what he could with Wilson and Maibaum’s screenplay and did a commendable job in avoiding the major mistakes of the 1964 film. Granted, the movie’s portrayal of the San Francisco Police seemed straight out of the Keystone Cops. Nor I did not care for the writers’ attempt to keep Stacy in the story by allowing her character to reveal the details of Zorin’s plot. It seemed to be stretching things a bit. But in the end, I rather liked the story. And I liked Glen’s direction. I believe that he did better with movies like ”FOR YOUR EYES ONLY”, ”OCTOPUSSY” and ”THE LIVING DAYLIGHTS”. But at least I have nothing major to complain about.

The cast’s performance seemed to be pretty solid. The only complaint I have of Roger Moore is that in certain scenes, he looked a little too old and tired to be portraying Bond. Some fans would attribute this to his age (he was 57 when he filmed the movie). But from what I had learned, Moore had been suffering from the flu at the time. However, there were scenes in which he looked like a handsome, middle-aged man. Despite his illness, Moore managed to turn in a good performance that had not been marred by the occasional silly joke, as it had in ”OCTOPUSSY”. Aside from the silly Beach Boys moment, the humor in ”A VIEW TO A KILL” seemed more restrained and tasteful. Ironically, three of Moore’s best moments featured both humor – which featured Bond’s impersonation as a spoiled and demanding playboy and his reunion with KGB agent Pola Ivanova (Fiona Fullerton) - and also drama – his dislike of Zorin apparent, following the murder of Mr. Howe (Daniel Benzali) of the Department of Conservation.

I would never consider Tanya Roberts (”CHARLIE’S ANGELS”/”THAT 70s SHOW”) to be a great actress. Hell, I have enough trouble viewing her as a good actress. She was basically solid as Stacy Sutton, the California State geologist whose oil company Zorin wanted to buy. But she did have her moments of wooden acting. Fortunately for Roberts, she can at least claim to be a better actress than either Barbara Bach or Lois Chiles. And despite her acting limitations, she managed to inject a great deal of spirit and moxie into the Stacy character. Oscar winner Christopher Walker, on the other hand, was great. I loved his slightly off-kilter portrayal of the greedy and psychotic Max Zorin – former KBG agent-turned-entrepreneur and industrialist. And considering that Walken was portraying a psychotic, it is a credit to his skills as an actor that he did not ham it up for the screen. He even managed to provide some great moments. But my favorite moment featured Zorin’s reaction to his discovery that Bond’s true identity. And of course there is Grace Jones as Zorin’s equally psychotic henchman, May Day. Perhaps she was not as psychotic, considering she was able to mourn the deaths of her two female assistants (Alison Doody and Papillon Soo Soo). But like Walken, she brought a lot of style and verve to her role without going over the top. And for an exhibitionist like Jones, it was a miracle.

The regular Bond cast seemed to be their solid selves. I especially enjoyed Moore’s last on-screen interaction with Lois Maxwell (Miss Moneypenny). However, I must confess that the movie’s last scene of Q (Desmond Llewelyn) using a remote controlled “rover” to peep into Bond and Stacy’s shower activities at the end of the movie struck me as distasteful. Included among Bond’s allies is Patrick Macnee, portraying Sir Godfrey Tibbett. Tibbett is a gentleman horse breeder who helps MI-6 investigates the mystery of Zorin’s success on the racetrack (microchips imbedded in the horses’ flesh). Macnee (the fourth ”AVENGERS” cast member to appear in a Bond film) gave a very competent and classy performance and seemed to have produced a good screen chemistry with Moore. It seemed a shame that he was only present in the movie’s first half.

Cinematographer Alan Hume did a great job in taking advantage of the elegant settings of Paris, the French countryside and surprisingly, San Francisco. In fact, I believe that ”A VIEW TO A KILL” marked one of those rare times in a Bond movie in which the U.S. locations actually looked tasteful or interesting. I am usually not a fan of Duran Duran, but I must admit that I am a fan of their rendition of the movie’s theme song – ”A View to a Kill” (written by Duran Duran and John Barry). I am not surprised that the song ended up #2 on the U.K. pop charts and #1 in the U.S.

”A VIEW TO A KILL” will never be considered a top favorite of mine. Aside from the cinematography, the theme song by Duran Duran and Christopher Walken’s performance, there is nothing really remarkable about it. Many Bond fans consider it a travesty that Moore had to end his tenure on such a low. I personally do not consider ”A VIEW TO A KILL” as a low note for Moore. In fact, I feel that he was lucky to end his tenure with a good, solid action film in which he had nothing to feel ashamed of. 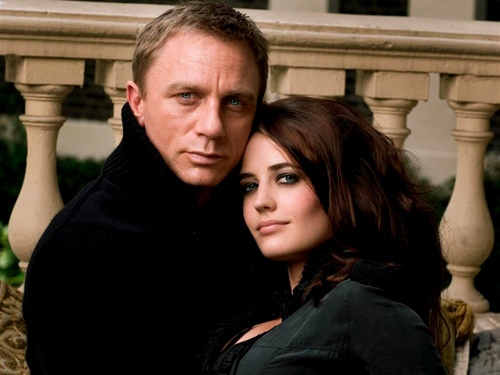 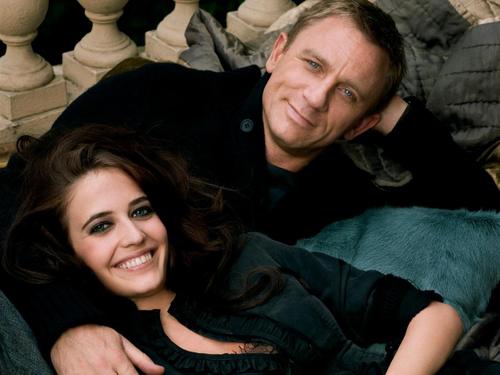 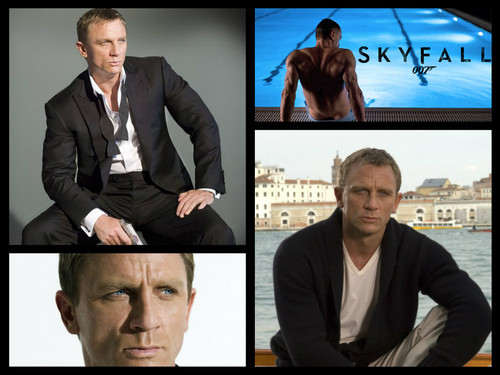 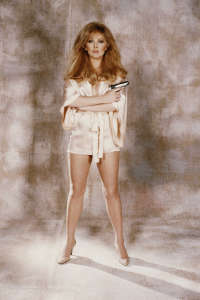 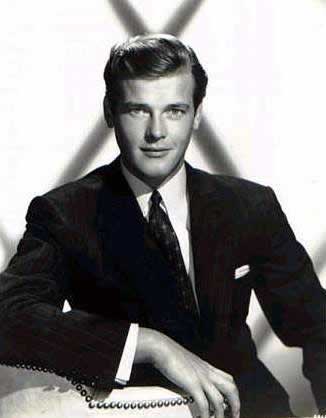 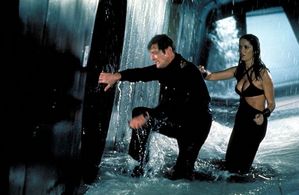 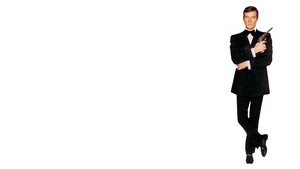 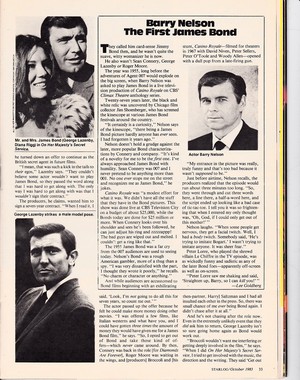 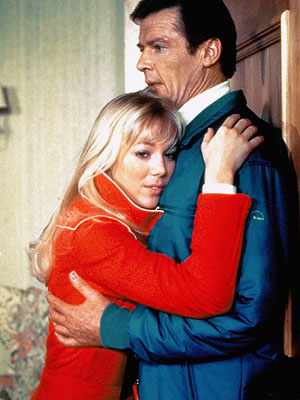 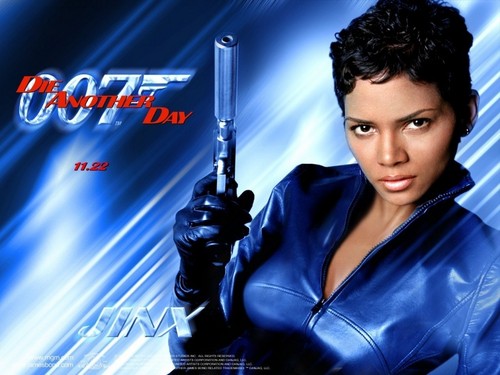 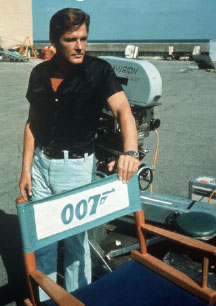 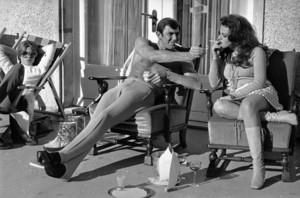 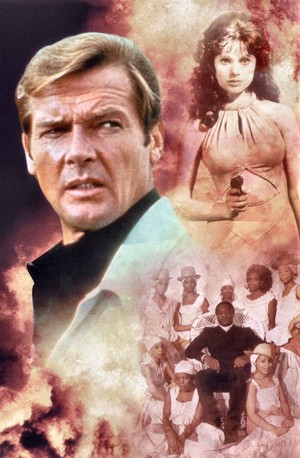 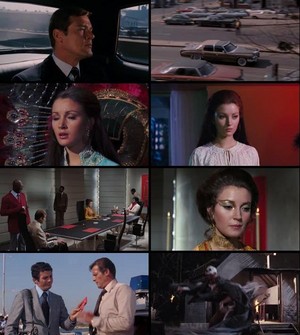 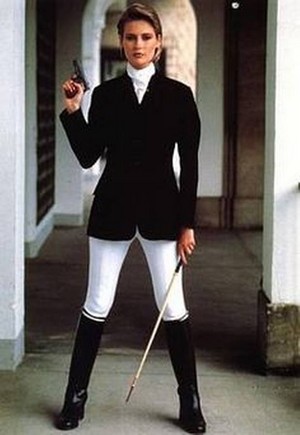 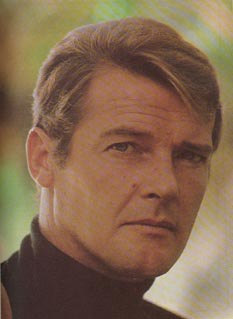 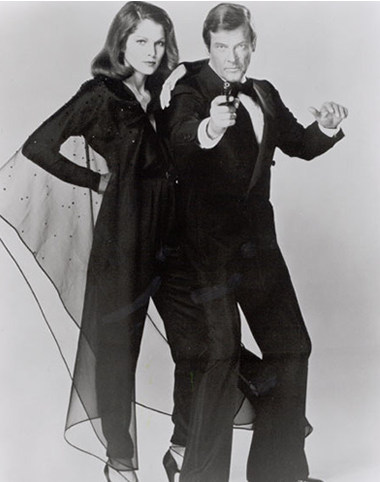 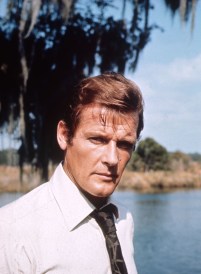