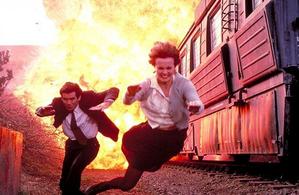 What can I say about 1995’s ”GOLDENEYE”? For one, it marked a series of firsts for the Bond franchise. The movie happened to be Pierce Brosnan’s first outing as James Bond. ”GOLDENEYE” turned out to be Dame Judi Dench’s first time portraying Bond’s MI-6 boss, “M”. And the movie also proved to be a first Bond film for director Martin Campbell, who will return eleven years later to direct 2006’s ”CASINO ROYALE”.

After 1989’s ”LICENSE TO KILL”, I found myself frustrated by talk that it was time for EON Productions to give up on Timothy Dalton as Bond and find a new actor. To be frank, I did not want them to give up on Dalton. I thought he could have done at least one or two more Bond films in the 1990s. Needless to say, a lengthy lawsuit and Dalton’s reluctance to return to the role had put an end to my hopes. I was quite prepared to dislike ”GOLDENEYE”, until I heard that Pierce Brosnan had took over the Bond role. As much as I had grown to love Dalton’s interpretation of Bond, I had always been a Brosnan fan since his four-year stint as TV detective, ”REMINGTON STEELE”. I felt certain that he would be the right man for the job.

Needless to say, ”GOLDENEYE” proved me right. Brosnan’s introduction as the British agent proved to be a major success. The man had the talent and the presence to pull off the job. I must confess that originally, he did not strike me as possessing his own originally style to portray Bond. Critic Roger Ebert once described Brosnan’s Bond as a combination of both Sean Connery and Roger Moore’s styles. To be honest, Ebert’s comments did not impress me very much. True, Brosnan’s style seemed like a combination of his two predecessors on the surface. But in time, I realized that he had his own style – that of a well-dressed dandy who hid his emotions and insecurities behind a poser façade. And yet, sometimes that façade cracked whenever faced by betrayal . . . as it did when he learned that his late colleague – Alec Trevelyan (Agent 006) - had faked his death in order to create a crime syndicate and eventually wreck havoc upon Britain with the aid of a stolen Russian weapons system. Many claimed that Brosnan did not really come into his own as Bond until his next film, ”TOMORROW NEVER DIES” (1997). Frankly, I disagree. I think that Brosnan did a very good job in establishing himself as the James Bond of 1990s, right off the bat.

Looking back on the Brosnan era, I realize that the Irish-born actor had been very lucky with his leading ladies. And that luck began with Izabella Scorupco, the Polish-Swedish actress who portrayed Natalya Simonova, a Level 2 programmer at Russia’s Severnaya Satellite Control Station. With her exotic looks and no-nonsense attitude, Scorupco seemed to have no trouble at all keeping up with the more experienced Brosnan. Her Natalya is an intelligent and plucky woman who proved to be a very tenacious survivor . . . no matter what came her way. My only problem with the Natalya character was her tendency to use the ”Boys with toys” phrase or comment upon Bond’s destructive uses of vehicles. I found it tiresome after the second or third time.

Brosnan had even better luck with the actor who portrayed 006 Agent-turned Janus crime syndicate leader – Alec Trevelyan. What can one say about Sean Bean? This guy is a true professional and his Alec Trevelyan turned out to be – at least in my opinion – one of the best Bond villains in the franchise. Because he was trained as a MI-6 agent, he proved to be a true match for Bond, as a nemesis. This was never more apparent than in the exciting martial arts fight between the two in the film’s last 30 minutes. Did I have any complaints about Bean’s performance? Nope. Did I have any problems with his character? Unfortunately, yes. Poor Alec Trevelyan seemed to suffer the same malaise as other Bond villains – setting up the agent for an over-the-top death. Shame. He could have been the best amongst the bunch.

As I had stated before, ”GOLDENEYE” marked Dame Judi Dench’s first appearance as the head of the British Secret Service – M. I am a great admirer of Dame Judi, but her debut as M seemed a bit stiff to me. I realize that her character is supposed to be new in the position, but I got the feeling that not only did the character went through great lengths to prove that she could be Bond’s supervisor, the actress also went to great lengths to prove that she could portray a ruthless and no-nonsense head of intelligence. Thankfully, Dame Judi will get better in the role.

Bond is assisted by two characters in ”GOLDENEYE” - CIA agent Jack Wade (portrayed by former Bond villain, Joe Don Baker) and former KGB-turned-entrepreneur Valentin Zukovksy (Robbie Coltrane). Baker was his usual competent self and he had some good moments during Bond’s initial meeting with Wade. But eventually, I found the character a little tiresome, especially with his nicknames for Bond – namely “Jim” and “Jimbo”. Coltrane seemed more effective to me. He was just as funny as he was in 1999’s ”THE WORLD IS NOT ENOUGH”, but Zukovsky came off as a little more intimidating in this film.

Trevelyan also had his assistants – namely former Soviet pilot Xenia Onatopp (Famke Jenssen) and the computer geek Boris Grishenko, who had betrayed Natalya and other programmers at the Severnaya Satellite Control Station. I had been worried that Jenssen would prove to be as over-the-top (please, no jokes) as Barbara Carrera’s Fatima Blush in ”NEVER SAY NEVER AGAIN”. Thankfully, my fears proved groundless. Well . . . somewhat. There were moments when Onatopp’s penchant for rough sex seemed a little tiresome. However, those moments seemed few and far in between. As for Alan Cummings (both he and Jenssen would go on to portray costumed mutants in the comic book franchise, ”X-MEN” with other Bond girl Halle Berry), his Boris Grishenko seemed at times very amusing and at other times, downright annoying. I must admit that he and Scorupco managed to create a nice little screen chemistry. And Minnie Driver had a hilarious cameo as Zukovsky's girlfriend, who happened to be a singer with a lack of talent.

The plot for ”GOLDENEYE” revolved around former MI-6 agent Alec Trevelyan’s desire to exact revenge upon Great Britain for betraying his family and other Leniz Cossacks (former Nazi collaborators) to the Soviet Union following World War II. Trevelyan’s parents managed to survive the purge, but they eventually committed suicide in the face of survivor’s guilt. After Alec learned of his bloody past, he decided to get his revenge. He defected secretly during a routine mission in Soviet Russia with Bond and immersed himself in the underground world of the Russian Mafia. Nine years later, Trevelyan emerged as the mysterious Janus – leader of the Janus Crime Syndicate. And how does he get his revenge? First, he stole “keys” to the secret Russian EMP weapon, "GoldenEye", before disappearing into Cuba. With the keys to “GoldenEye”, he planned to electronically rob every bank in the UK setting off the GoldenEye blast – crippling every electronic device in the Great Britain and disguising his theft. Not a bad plot. Of course Bond and Natalya foiled him in the end.

Although the plot seemed to have similar nuances to those “megalomaniacal” plots to destroy the superpowers and rule the world . . . it seems bearable without going over the top. And despite the almost out-of-this-world aura of Trevelyan’s scheme, director Martin Campbell managed to film ”GOLDENEYE” as a tight and suspenseful thriller with good performances and believable action sequences like Trevelyan and Onatopp’s theft of the NATO Tiger fighter helicopter, General Ourumov and Onatopp’s theft of the GoldenEye satellite keys, Natalya’s survival of the massacre and destruction of the Severnaya Satellite Control Station, Bond and Natalya’s escape from both the Russian holding cell (the tank chase aside) and their escape from Trevelyan’s ICBM train. But the piece-de-resistance for me turned out to be the Bond/Trevelyan fight. I have commented upon how much I enjoyed it. But I more than enjoyed it. For me, it was the best hand-to-hand fight scene in the entire franchise. I consider it superior to the Bond/Grant fight in ”FROM RUSSIA WITH LOVE”. However, I doubt that many would agree with me.

However, there were scenes that defy reality . . . and logic. I never could understand why Trevelyan did not simply have Bond shot dead in that icon graveyard, instead of setting both him and Natalya up to be blown up inside that Tiger helicopter. Bond’s escape from that chemical weapons facility in the pre-title sequence . . . a tad unbelievable. Although the tank chase through St. Petersburg is considered one of the best in the franchise, I hated it. I’m sorry but I do. By including a tank in a chase scene, it simply bogged down the story for me. And I am not particularly fond of the finale at Trevelyan’s Cuban facility. The acting seemed in danger of going over-the-top and the method of how Trevelyan finally met his death (having the entire complex) fall upon him seemed to ridiculous to believe. He should have died after that fall he had suffered.

If there is one thing about ”GOLDENEYE” I truly hated, it was the theme song, performed by diva Tina Turner. Poor Ms. Turner. I think she had the bad luck to perform what I consider to be the absolute worst song in the entire Bond franchise. And the musical score (written by Eric Serra), with its computerized tones combined with music to be . . . I will simply state that I hated it as much as I did the song. End of story.

Despite its flaws, I still enjoy ”GOLDENEYE” very much, after eighteen years. It possessed enough good performances and action sequences to be a worthwhile entry for EON Productions. As far as I am concerned, ”GOLDENEYE” is probably Brosnan’s best Bond film and Campbell’s second best film overall. And it is number eight on my list of favorite Bond films.
jeremy348 likes this 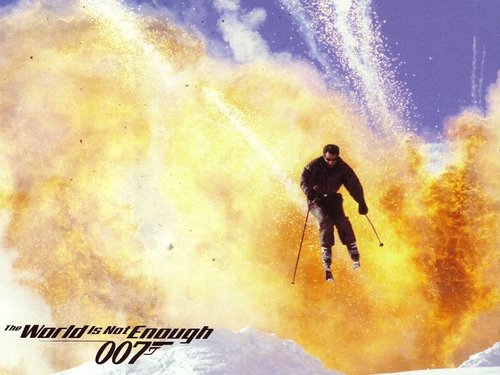 4
The World Is Not Enough
added by lilyZ
Source: www.kinopoisk.ru 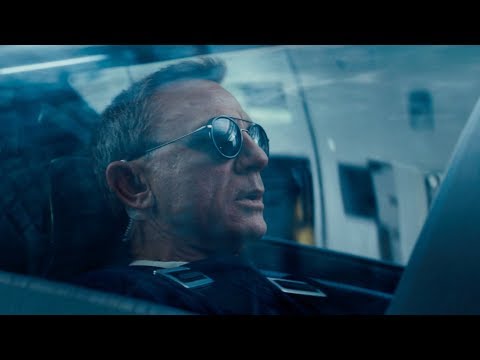 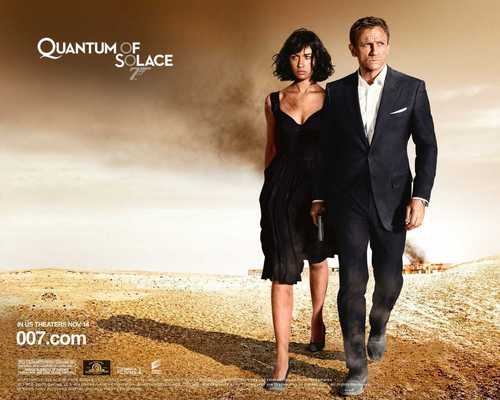 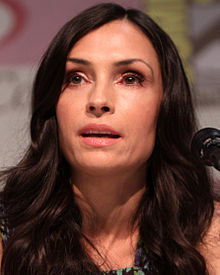 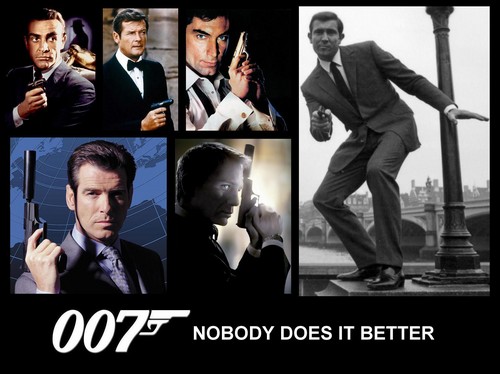 007 Nobody Does it Better
added by martin03 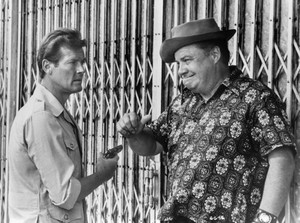 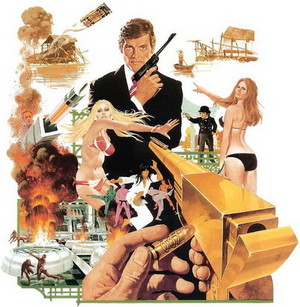 The Man With The Golden Gun
added by cherl12345 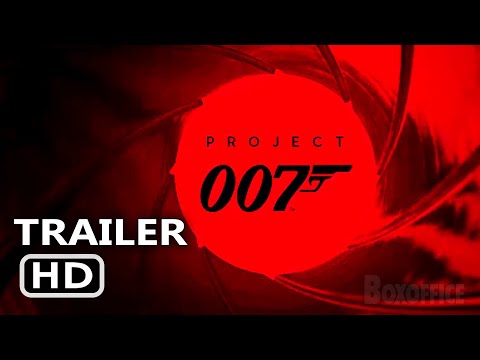 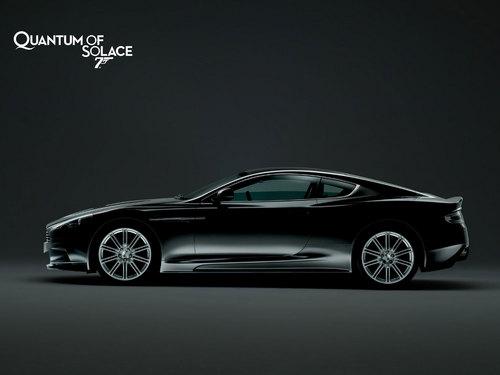 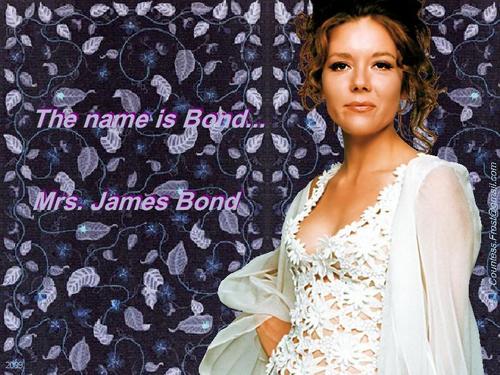 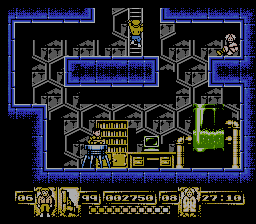 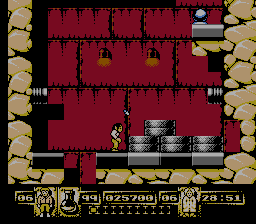 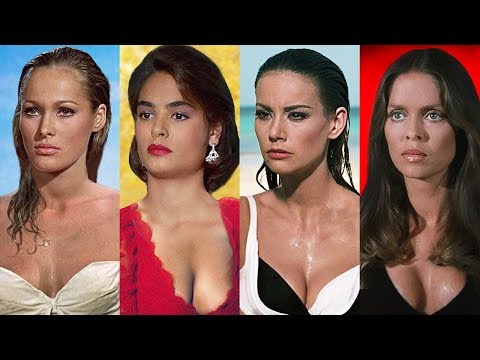 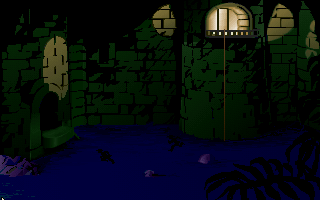 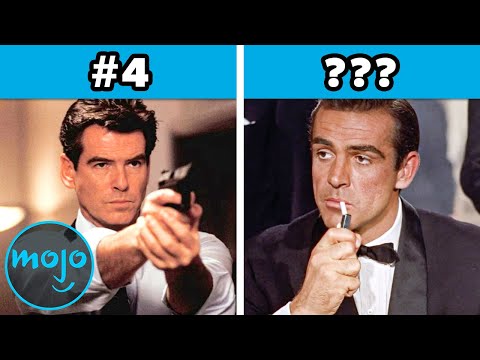 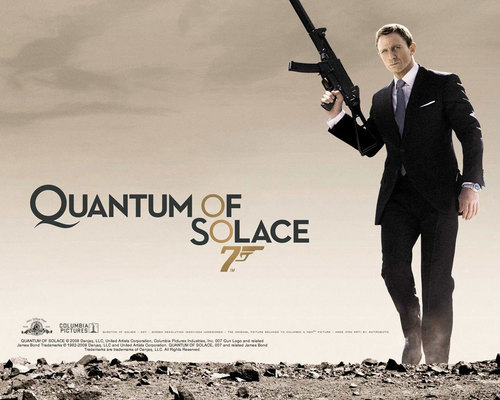 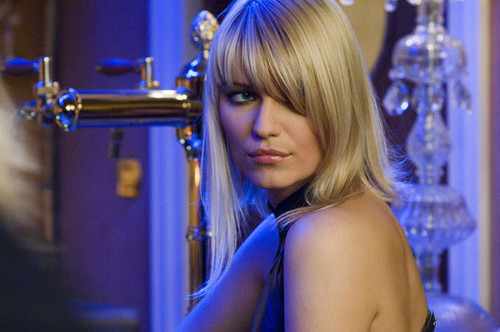 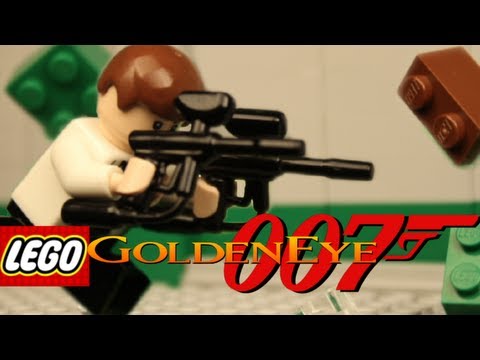 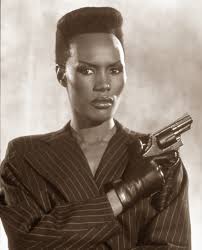