2
could we get any cuter
posted by katniss6574
The credits of Anchorman have just run down the screen and the clock is well past 2am by the time that the cast files out of Josh’s condo and goes back to their own. He had decided to host a little get-together to unwind after a long week of shooting, and since they all have the day off tomorrow there was no reason why they couldn’t just relax and be carefree for a few hours.

After watching the last of them leave, Josh stands in his doorway and lets the sweet-smelling nighttime Hawaii breeze swirl around him, enveloping him like a cocoon. He’s tempted to go outside and just enjoy the night, but his cabin is closest to the tree line and this time is the centipedes’ favorite time to come out and explore. So he just turns slowly on his heel and locks the door behind him, squinting into his dimly lit temporary home.

Even though it’s been a long day and it’s almost 3am, he isn’t ready to go to sleep. His mind is still whirring and his body feels antsy, so he grabs a beer and slumps down on the couch in front of the blank TV. He takes a long guzzle and after he swigs the liquid down and sets the sweating bottle on the end table, a light whimpering sound makes him sit up on high alert. His brow creases and he flicks on the light to his side, and sees Jennifer curled up on the far end of his couch, sound asleep. He grabs the neck of his bottle and takes another swig with a smile on his lips, all while keeping his eyes on her body. There’s a small sliver of her tanned back showing between the hem of her shirt and her athletic shorts, and he has this undeniable urge to crawl across the three cushions between them and rest his hand right there on that open patch of skin. But he doesn’t. He stays put and nurses his beer while keeping his eyes on her and her mile-long, smooth, tan legs.

She sleeps soundly for a few more minutes, but by the time he’s finished with his beer her soft whimpers have turned to sounds of defiance and pleading. She’s flipped over onto her back and he can see the desperate expression on her face, and her lips have parted and are forming silent words. She flips over to face him and her face scrunches up in a displeased looking expression, and her mouth opens wider to let out a frightened sounding shriek. Her face is turning red and her legs kick out to the edge of the couch, and her arms twitch like they want to reach out but can’t quite force themselves to do it.

He stands up from his place on the couch and shakes Jennifer’s shoulders, but she doesn’t wake right away. “Jen,” He says, the concern growing in his voice. “Jennifer.” His tone is stern and he shakes her firmly, and her eyes flash open as she takes in a dramatic gust of air.

He situates himself next to her and wraps his arm around her shoulders, and for a moment she just breathes heavily and stares ahead at the blank TV. Her chest heaves with her sharp inhales, but slowly and surely he feels her body start to relax and meld against his own. “Shhh, shhh, it’s okay.” He rubs her shoulder and kisses the top of her head, and she presses her lips onto his shoulder and doesn’t say a word. “Hey,” He says, tipping her chin up, “You okay?”

When she meets his eyes, tears start to well up and drip over onto her cheeks. She clings to his shoulders tight and digs her fingers in so roughly that he can’t help but wince. “Josh…” She whispers, and rests her cheek against the defined muscles of his chest. He leans back and cradles her head, cooing to her and making sure that she’s all right.

“You okay?” He asks again, curling her hair behind her ears. “What were you dreaming about?”

“It was just… a nightmare,” She says, curling her knees up into her body and resting fully against him. She lays her cheek down on the slope of his shoulder and nestles against his chest, tucking her hand into his much bigger one. “It’s over now.”

He can’t see her face, so he just rubs her back and comfortingly scratches his nails over her t-shirt, hoping to lull her back to a calm place. “Wanna tell me about it?” She doesn’t say anything, but he can feel her shake her head against his collar. He lets it go for a moment, but the silence between them is unnerving and uncomfortable, and it never feels like this. “Come on, Jen. It’s not healthy to keep stuff like that inside.”

She sits up and looks at him with an obstinate look in her blue eyes. “I just don’t feel like talking about it.” Her voice holds finality and her jaw is set, but he knows how she’ll easily break for him. And only for him.

He pushes his fingers under her armpits and tickles her, which makes her shriek in such a high pitch that it makes his ears ring. “Tell me! Or I’ll keep tickling you.”

She pushes him away from her with her feet on his shoulders and rolls her eyes. “It’s stupid. It’s just stupid.”

He crawls overtop of her body and pulls them both up into a sitting position, with her legs draped over his own. “I don’t think anything you say is stupid, pookie.”

“Don’t call me pookie, you know I hate that.” She says, her voice deadpan and her eyes holding a look that could kill, even as she fights a smile. “Calling me pookie is not gonna make me talk.”

“It made you do a few things last week in your cabana…” He murmurs, almost like he hadn’t wanted her to hear it at all. She doesn’t respond, but her cheeks are on fire. She thought they had both collectively forgotten that, even though it has been on the forefront of her mind ever since it happened.

She wonders if it’s been on his, too.

“Tell me what you were dreaming about,” He urges again, tracing his pointer finger along the angular line of her jaw. She lets her eyes drift closed and presses her forehead against him, and he takes her shoulders in his arms again. “I’ve got you. Just tell me.” She exhales loudly out of her nose and shakes her head, then whispers something that Josh can’t hear. “What?”

She sighs again and repeats herself. “We’re turning into our characters.” She admits.

He chuckles and she can hear it rumble through his chest. “What do you mean?” He kisses her hair on the spot right above her ear. “Pookie.”

She doesn’t complain about the nickname. A secret part of her loves it.

“I mean…” She sighs again, like admitting this is some huge disservice to her. “I mean, in my dream, I was dreaming about when all of this will end. And I met you again after filming had been over for years and you didn’t even remember who I was. You didn’t know my face, or my name…and you didn’t even know me. It was like I didn’t even ever matter to you. It was such a shitty feeling, I can’t even…” She sighs again. “I know I’m doing an awful job of describing it. I’m horrible at telling dreams, but just believe me when I tell you that it was really bad. It felt really scary. It felt like none of this…” She pauses, “Was ever real.”

He presses his nose into her hair and nudges her until she smiles, just faintly. “It’s real,”

She turns her head to look at him. “Yeah?” She laughs a little bit, “God, you know, we’ve become too attached to these movies. I swear we’re really becoming Katniss and Peeta.”

Josh locks his arms around Jennifer’s belly and steals a kiss on her neck. “Guess we’ll have to get married and have two kids then.”

Their eyes meet, and neither of them say a word. They break out in smiles at the same time, and Jennifer covers her blushing face with her hands. Josh gently tugs her wrists down and holds them with one hand, and uses the other to stroke her cheek as he kisses her; his lips slanted against hers, just like that
lockch and kall_pal17 like this
frostedgirl1 Too long!!!!
Makeupdiva @frostedgirl1 Too Long? what are you 5? that is not too long. Anyways, cute story. 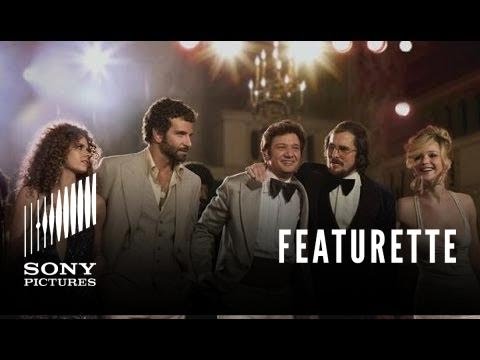 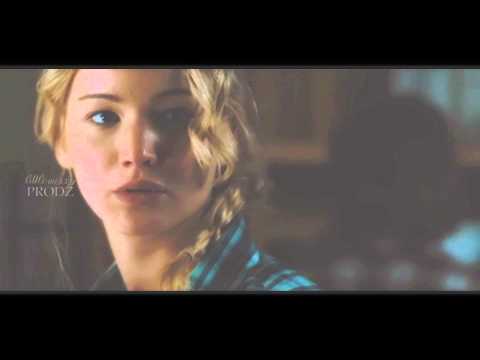 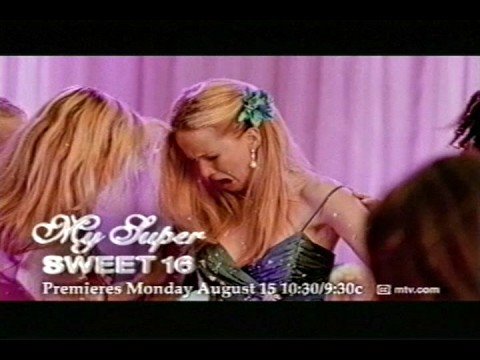 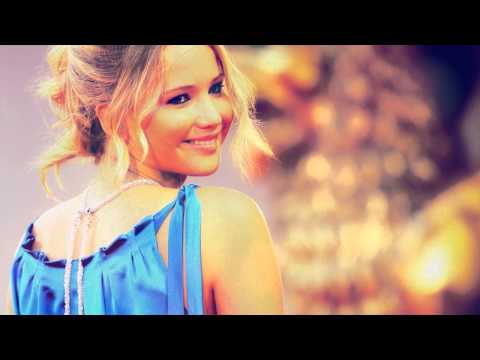 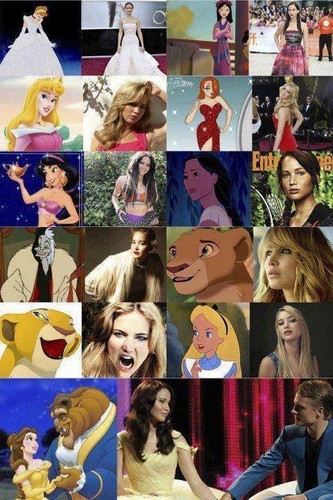 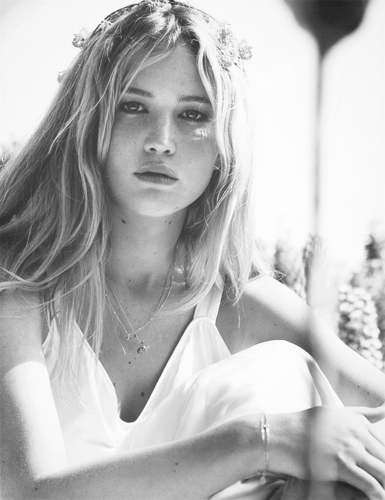 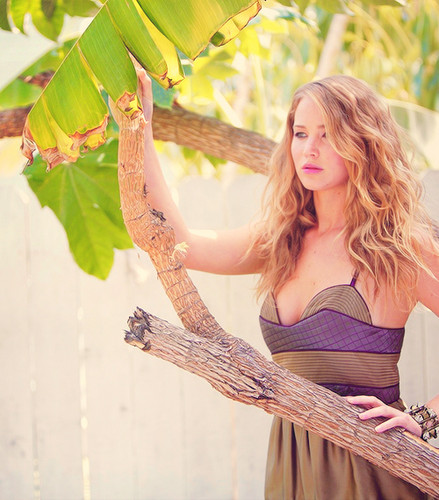 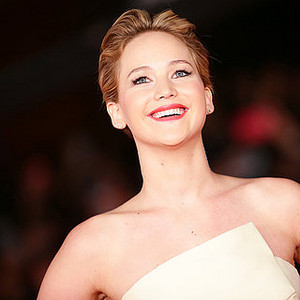 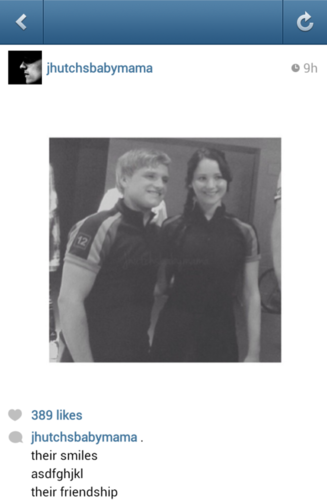 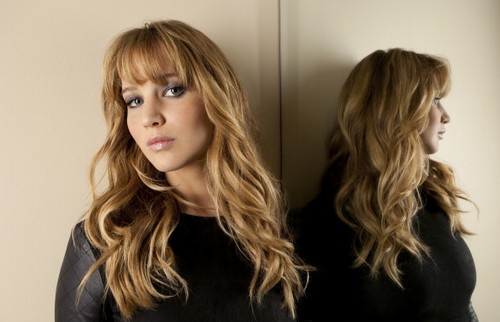 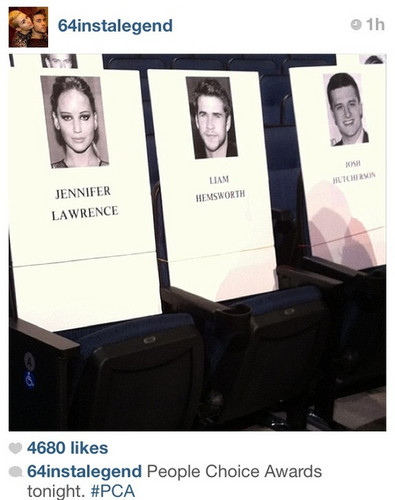 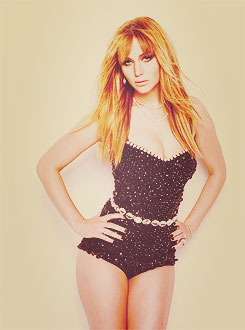 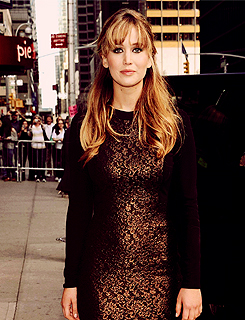 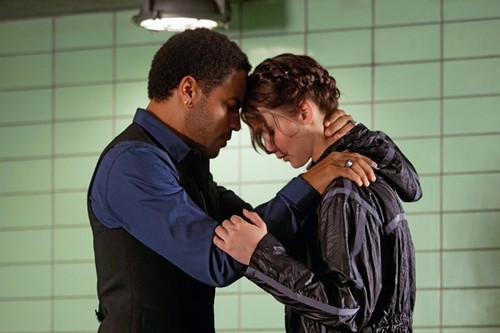 Katniss and Cinna
added by witch1000 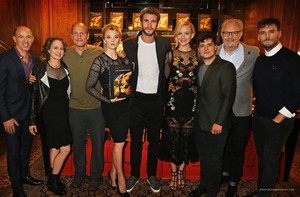